by Jess Young
in Bizarre, Cute, Must Read
0

This is the moment an unsuspecting woman was met in airport arrivals by a FLASHMOB – before her romantic boyfriend popped the question.

The adorable proposal between Kyri Tsikkini, 29, and Elena Raouna, 25, was captured on camera just moments after they returned from a romantic weekend in Paris.

Minutes after touch down at Leeds Bradford Airport, West Yorks., Elena was met by the flashmob who performed an amazing dance routine as she watched on.

A shocked Elena was then pulled in to the centre of the circle of dancers before the crowd held up cards asking the question. 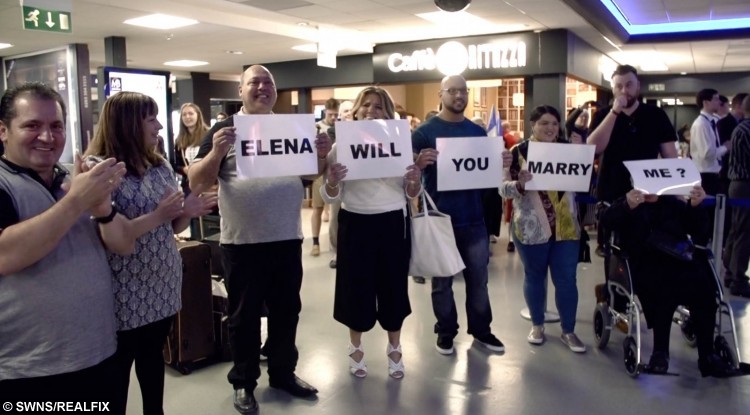 Kyri then got down on one knee with the ring and Elena took no time in accepting.

Elena said: “It is probably the best proposal he could do for me. How could I say no after that? I couldn’t get the words out straight away – I just stood there.

“I feel truly honoured, blessed and thankful. I’m ready to start this next chapter of my life with my Kyri, and I couldn’t be happier.

“It was just a massive surprise for me. It is just amazing – it is just a bit of a dream.

“I just feel overwhelmed and it is taking a little bit of sinking in as well. It was really nice to see my family and friends there.” 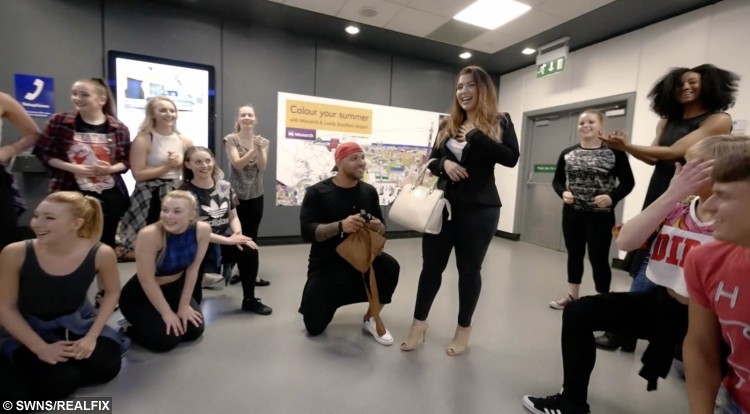 Elena is well known in her home town of Doncaster, South Yorks., after rising to fame by winning a national glamour contest for plus size models a few years ago and appearing on ITV’s Take Me Out earlier this year.

Greek Cypriot Elena, who works at her parents’ fish and chip shop was dubbed ‘Miss Fish and Hips’ after scooping the title of Miss British Beauty Curve, a modelling contest for larger models.

The happy couple met nine months ago on a beach while they were holidaying in Ayia Napa, Cyprus and it didn’t take them long to hit it off.

Within months of that first encounter Kyri moved from his home in Tewkesbury, Glos., to be with Elena and they haven’t looked back since, 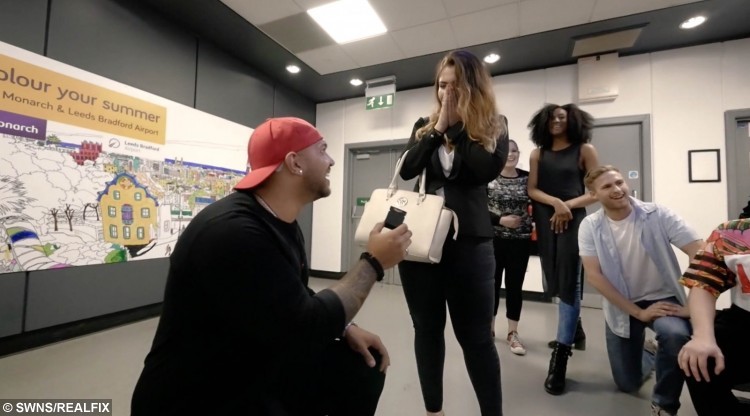 She said: “It didn’t take us long before we both realised there was something more going on.”

The flashmob proposal was caught on camera by Elena’s friend, filmmaker Andrew Louca.

Elena and Kyri plan to tie the knot in Summer 2018 but they have not set an official date yet.

It is the first time a flashmob dance has taken place at Leeds Bradford Airport and romantic Kyri worked with airport staff for months to make sure things were perfect for his proposal. 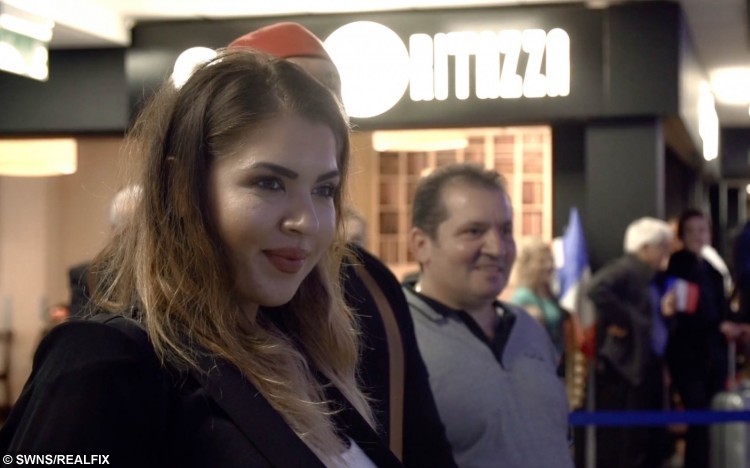 The flash mob was made up of Elena’s sister and her fellow students from SLP College, Doncaster, who conducted the dance.

Kayley Worsley, PR and public affairs manager at the airport, said: “Congratulations to Kyri and Elena on their engagement; what a fabulous way to end their weekend break.

“It took a lot of planning to make sure that our terminal team were able to support and direct all other passengers around the flashmob space, but it’s been lovely to facilitate such an exciting event.” 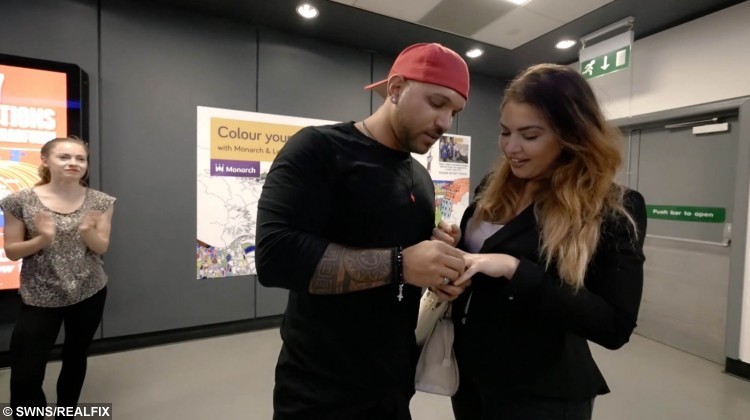 Kyri has since made a donation to Martin House Children’s Hospice in Boston Spa in recognition of the extra staffing and effort put in place by the airport.

Jodie Shepherd, director of fundraising at Martin House Children’s Hospice, said: “We are truly grateful to Kyri for thinking of Martin House at such a life-changing time.”

YOU MUST BE REAMING! Shopper given the world’s longest receipt