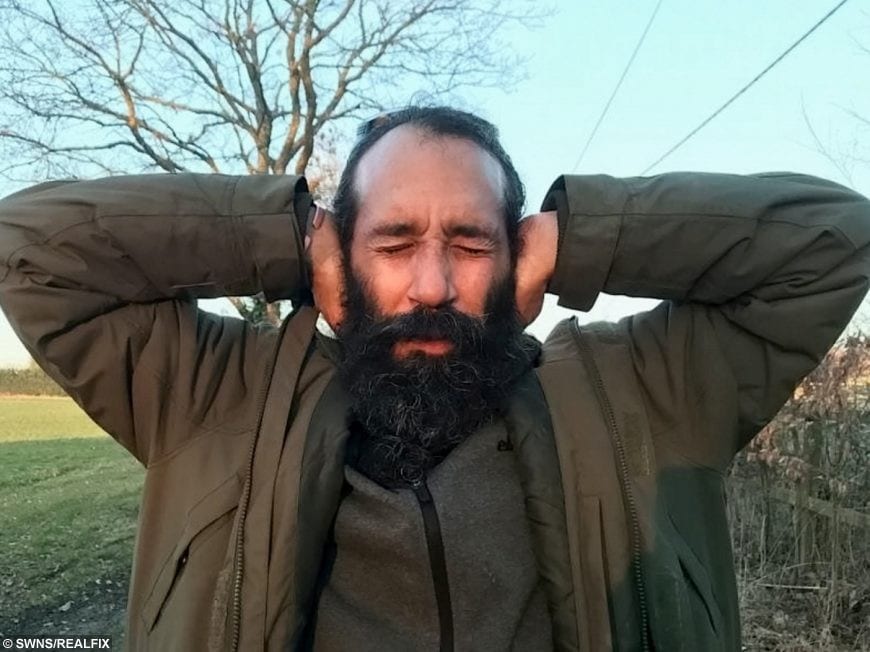 A man claims he hasn’t been able to sleep properly for SIX MONTHS due to having a noisy COCKEREL as a next door neighbour.

Unemployed Paul Curtis, 48, who lives next to Cedarwood House care home, claims the cockerel is “destroying him” amid the bird squawking continuously throughout the night.

He claims he only manages four hours sleep a night and is often kept up for days on end because of the noise.

The elderly care home – which treats elderly patients battling Alzheimer’s – introduced a flock of hens and cockerels last August to encourage residents to go outside.

But Paul, who lives with his elderly mum in a five-bedroom house, claims he has never seen a resident look the wildlife.

He complained to the care home in Battle, East Sussex, who removed the cockerels last month, telling Paul they had been taken to a nearby farm to be put down.

But last week the care home chose to return one cockerel to the grounds, which ruffled Paul’s feathers so much staff had to call the POLICE.

Paul claims they have “returned the nosiest one from the flock” and staff are ignoring his request to get the cockerel removed.

“I can’t get more than four hours of uninterrupted sleep before it bellows out.

“I’m woken up from anything between 11pm to 8am.

“It crows continually for 15-20 minutes with seven second intervals.

“I have no choice but to sleep through the day.

“One time I religiously stayed up for three days to record it.

“But when I called them up they accused me of harassment.

“I have to sleep with an iPad next to me to drown it out but it’s so loud. 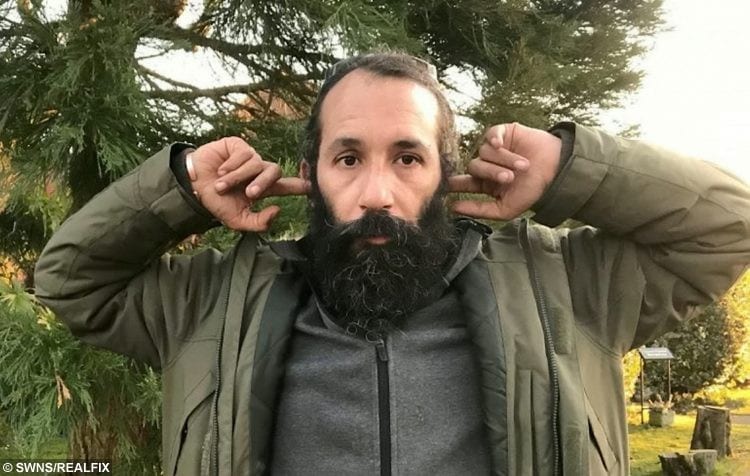 “I was quite a fresh young man – now I have big bags under my eyes.

“Put it this way, if I had a job I wouldn’t be long before I had to give it up.

“It’s been going on for six months.

“That’s half a year. It’s a large proportion of your adult life!

“There’s 20 residents in that care home. Surely it is keep them up too!”

“I suppose I could sleep with ear plugs to drown it out but that’s not something I want to do.”

Paul claims he has complained to the care home on a weekly basis but only saw action last month when staff removed all seven cockerels from the site.

But last week staff decided to return one of the cockerels which reignited the furious battle with Paul arrested for threatening behaviour but was released without charge. 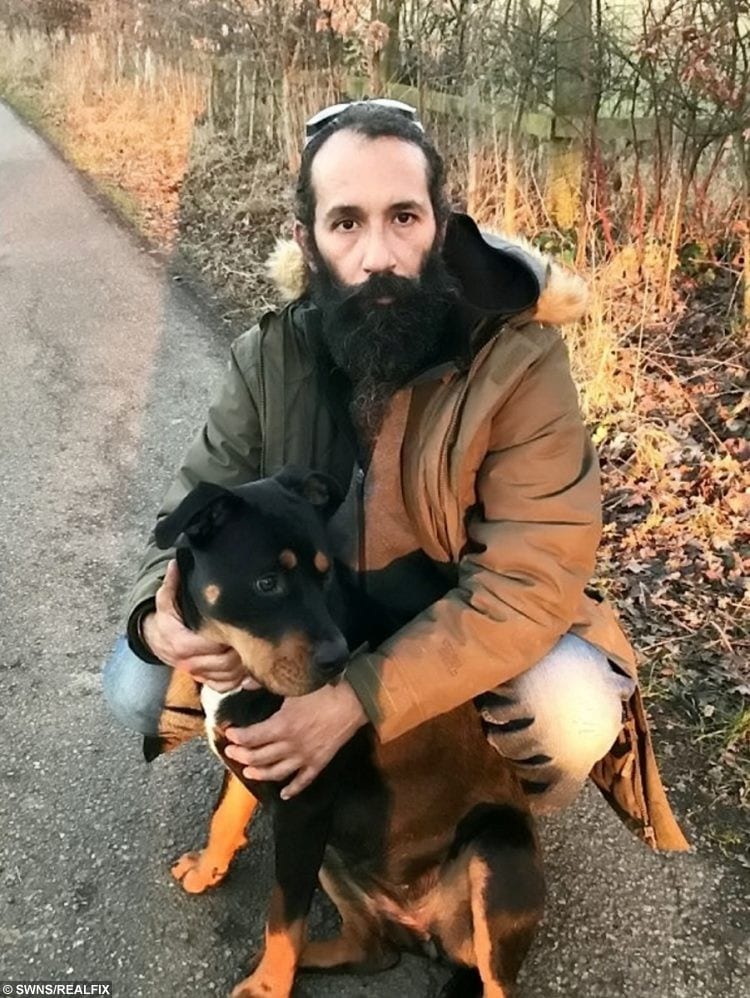 He said: “I would constantly phone the care home who told me they would do things.

“They gave me deadlines they didn’t live up to.

“It took months of badgering them they took them away.

“They took them away and I thought ‘Wow I feel amazing. This is what a good night’s sleep is meant to feel like’.

“I’m prone to ageing but all of a sudden I noticed my skin was better I felt more alive, as if I could do actually do something.

“Then all of a sudden I heard it again.

“I saw it’s little black and white body and it’s red head and just lost it.

“I just couldn’t believe it.

“Why would they bring it back?

“They told me they were all destroyed but they obviously weren’t.

“It doesn’t make any sense anyway bring a cockerel into a care home.

“Why not a rabbit or a duck? I don’t have anything against a duck. Or maybe flock of hens?

“Just something which doesn’t make a piercing noise.

“Next thing you know they’ll bring over a peacock.”

Paul claims both he and his 78-year-old mum will “continue to have no quality of life” until the rooster is removed. 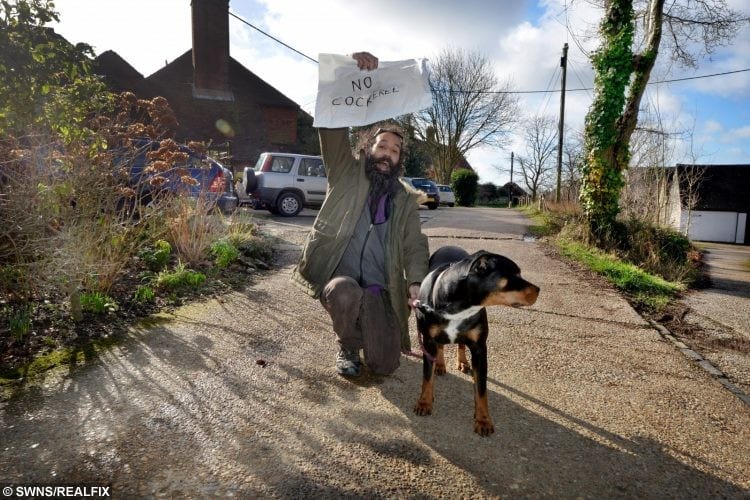 Paul said: “My mum has worked as a psychiatric nurse and used to work in that exact care home.

“She has had tears in her eyes because of the toll.

“She can’t hear it from her side of the house but she’s seen what it’s done to me.

“My bedroom overlooks the rooster.

“Every morning it’s there taunting me.

“I could move bedrooms but I’ve been living in that room for 30 years and it has all my stuff in.

“I suppose I could move to my brother’s old room but it’s so much smaller.

“It’s not practical nor is it reasonable.

“The care home keeps telling me it’s my imagination but I have recordings.

“I put a sign up airing my grievances and they called the police on me.

“I was arrested on a public five section but I was released without charge.

“Throughout the process they’ve been incredibly difficult.

“They also start with giving me an apology.

“My ideal form of compensation would be for them to live next to a cockerel for six months and see how they feel.

“That would make me happy.

Cedarwood House CEO Ty Yalmaz said: “We have taken the resident’s complaint to heart and have taken action.

“Because of their complaint we had six of the cockerels put down, and the one left has been moved to a farm nearby.

“We have had to report the matter to the police to help protect our staff, who are really concerned.

“We have wildlife in all of our dementia care homes for the wellbeing of our residents, as it is interaction for them going outside. We have had no complaints from residents or their families.