A Marmite-loving mum has created a bizarre garden display using the empty jars from a staggering 200 pots of savoury spread she has eaten over the last 25 years.

Jocelyn Hanson, 67, collected the pots so they could be used for her children’s arts and crafts sessions after consuming Marmite on toast for breakfast since 1992.

But after the mum-of-two’s kids grew up, the pots remained in two huge bags so the couple jointly decided to get some use out of them.

Her hubby Dave Hanson, 65, then came up with the idea of the “quirky” installation in their lavish plot as an “and finally..” despite admitting that he ‘hates the stuff.’

Every year the pair open up their garden to the public and despite loathing Marmite – Dave finds the feature near their potting shed quite hilarious.

“I absolutely hate Marmite, I’ve tried it and it’s horrible – I honestly can’t stand the stuff. She loves it – and I hate it.”

Retired social worker Jocelyn began collecting the jars to give to their children’s school, but they decided to put them to use in the garden seven years ago.

Asked about the jars, retired teacher Dave said: “The whole thing is a bit of a lighthearted joke – and a bit of fun.

“We had a couple of bags of them sitting around and we’ve had open gardens before so it becomes an anti-climax when you get to the utilitarian section with the shed and the tools.

“We have about one hundred pots stacked up in the potting shed as a bit of joke and then have another load hanging down from trees.”

Jocelyn says she found it hard to break out of her morning breakfast routine and still has Marmite on cold toast six out of seven mornings of the week – sometimes swapping it up for a bowl of Weetabix. 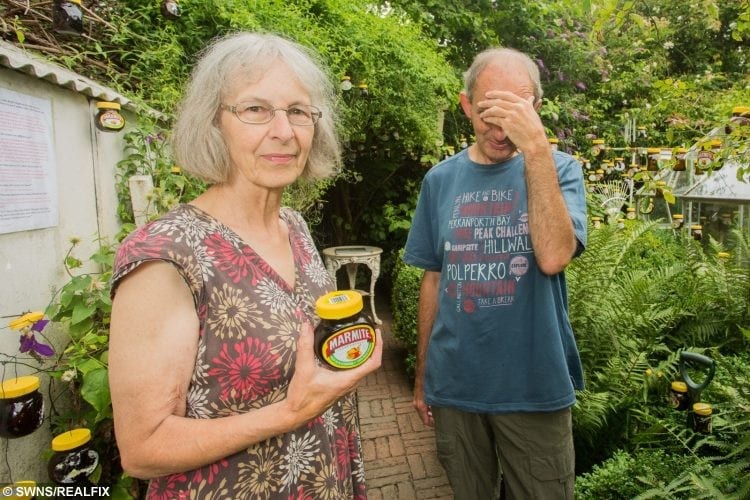 The couple, who now have two grown up children and two grandchildren, also had help from their daughter Charlotte, 38, to get through the 200 amassed pots when she was a teen.

Jocelyn says that saving the jars became more of an automatic routine, but they never thought they would ever decorate their semi-detached property’s rear garden with them.

Jocelyn said: “I thought it would just brighten it up and it would be a quirky thing to do – and it kind of grew from there.

“You see, once you get past all the flowers at the bottom of the garden we thought it was a little boring. 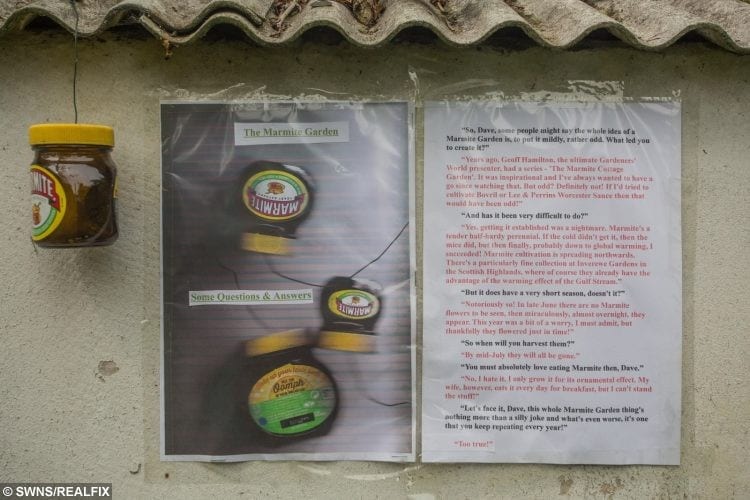 “You either love Marmite or you hate Marmite – but I’m really quite fond of it.”

Adding: “When the grandkids come round – they love seeing the pots dangling from the trees.”

Mum Talks About Life With 15-Month-Old With Rare, Life-Limiting Condition Which Affects Her Growth

Mum Talks About Life With 15-Month-Old With Rare, Life-Limiting Condition Which Affects Her Growth