A shocked mother who spotted this cloud formation in the shape of an angel believes it was a message from her late nan. See MASONS story MNCLOUD; Lauren Don, 32, was travelling in her car on the A47 between Swaffham and Kings Lynn when she spotted the descending figure in the skies. She pulled over into a lay-by and instantly thought the shape was her nan, Georgina Sutherland, who passed away at 75 last January from lung and kidney cancer. Her 14-year-old daughter, Beyonce, took a snap of the formation which took over the blue sky.

Mum Lauren Don, 32, was stunned to spot this amazing cloud formation – in the shape of an angel with wings.

Lauren, 32, was driving on the A47 between Swaffham and King’s Lynn in Norfolk when she saw the descending figure in the skies.

The cloud, she believes, was a heaven-sent message from her nan, Georgina Sutherland, 75, who passed away last January from lung and kidney cancer.

Her 14-year-old daughter, Beyonce, got a snap of the formation which took over the blue sky.

Lauren believes the angel was a sign that her nan is now content after her family suffered a string of setbacks.

The mother-of-four, from Fransham, Norfolk, says her nan came to her in a vision a few months ago where she looked upset because the family hadn’t yet managed to fund a headstone for her.

Due to financial difficulties the close-knit family had struggled to pay for the funeral as Georgina’s life insurance didn’t cover the costs – so forking out for a headstone was impossible.

But their luck changed recently and they were able to raise enough money to get a headstone, which cost around £2,000. 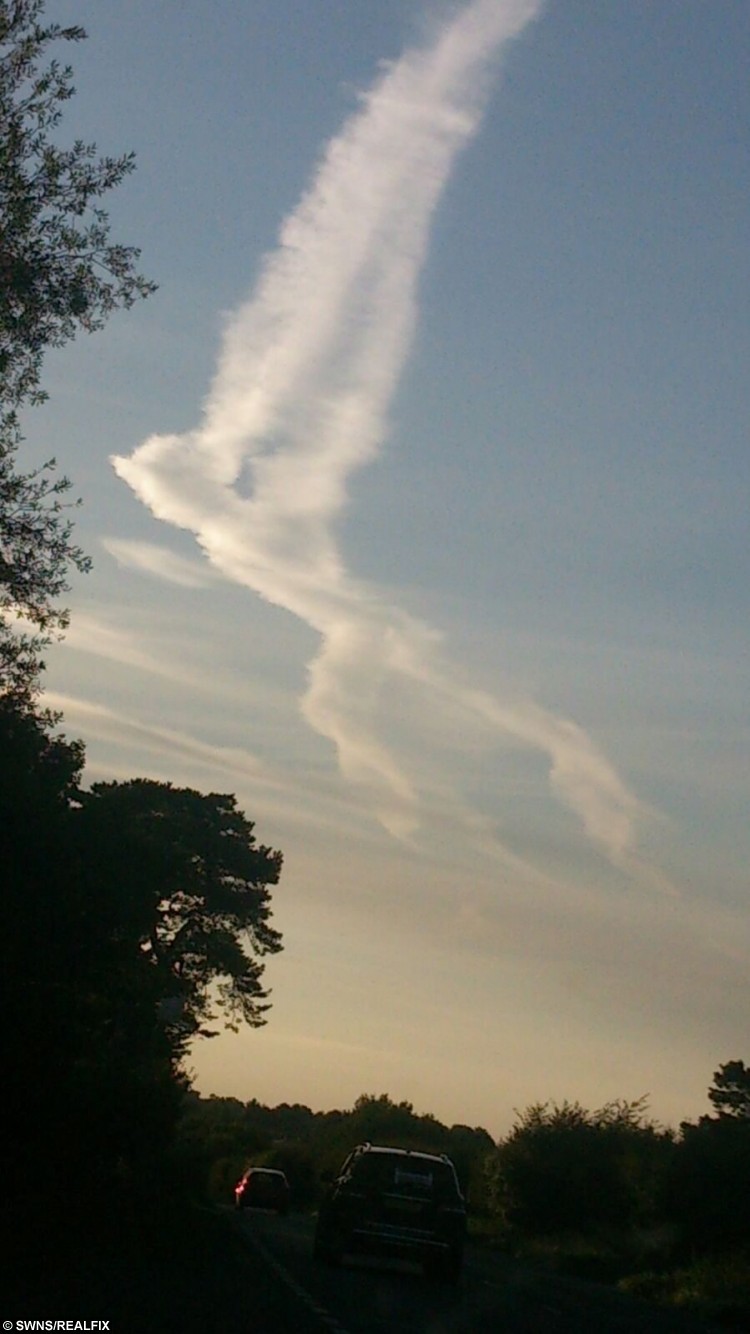 The stay-at-home mum said: “My nan had a really bad life but she was still such a lovely person.

“We are such a close family as we are quite a small family so when she passed it had a big effect on us all.

“Since the vision I honestly believe that things have been falling into place and when I saw the cloud I thought this was my nan telling me she’s doing alright.

“The minute I saw it I knew it was her and she was letting us know she was here with us and showing her presence to us.”

The first strike of luck was when Georgina’s husband of over 50 years, Royston, won some money on the horses.

With the cash he was able to finally pay for a headstone for his late wife.

Lauren’s mother, Deborah Harper, 53, also finally managed to return to work after months of physiotherapy due to suffering a horrific broken arm when she fell down the stairs.

Georgina, from Essex, had a bad life after her mum passed away during the war due to malnutrition.

She had starved herself to save the children – but they were split up and then put into care.

Unfortunately Georgina was never reunited with her two siblings but found out her sister had tragically passed away in a house fire. 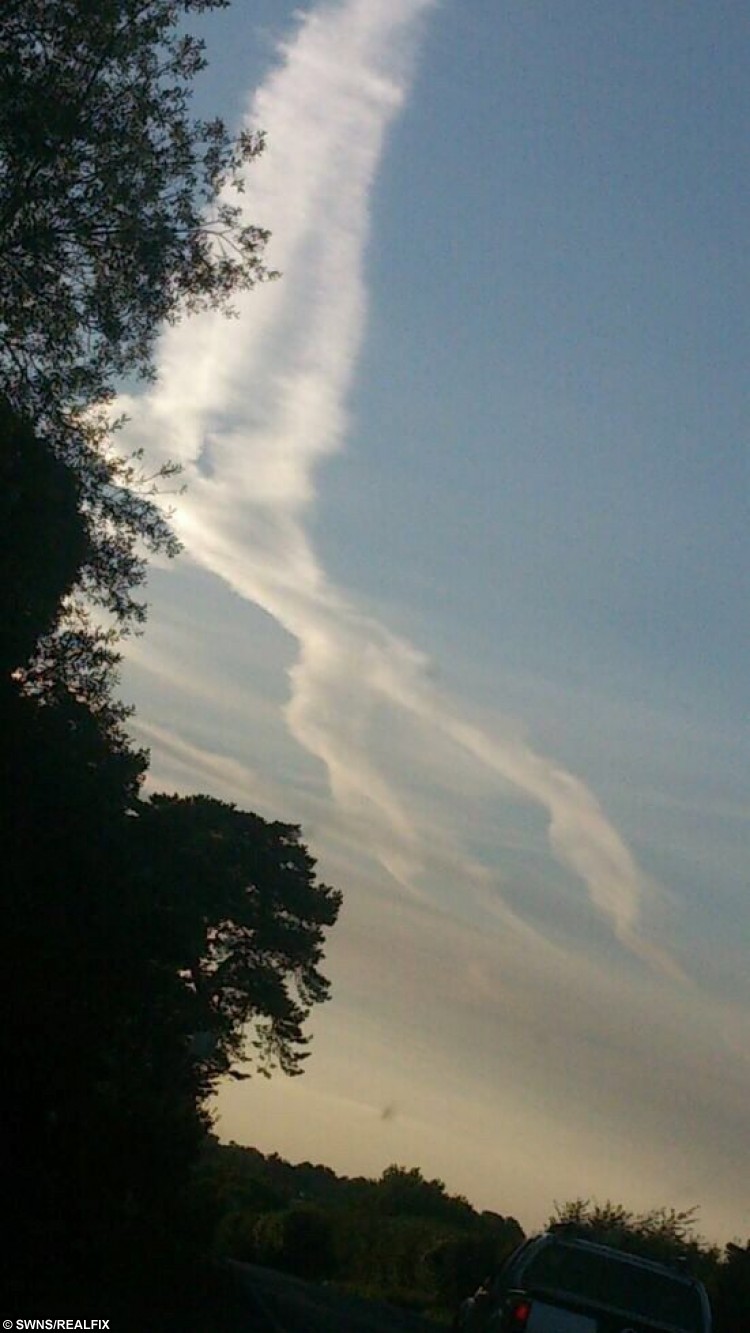 Lauren added: “I’m glad she has been reunited with her mother and sister after all these years.”

The cloud was also spotted by pensioner Marion Chapman’s husband on September 28 while in their back garden in Wisbech, Cambs.

Mrs Chapman, 74, said: “It was pure fluke that he spotted it. He called me in and said ‘do you think that looks like an angel?

“Then we took a quick picture of it because it looked so much like a descending angel.”