A mum was given a flower a complete stranger who then stalked her for a DECADE while police did nothing – because they said there was not enough evidence.

Lorraine Mitchell, 52, spent ten years ‘fearing for her life’ while Sherzad Salih waited outside her home, let down her car tyres and dangerously chased her while driving – after initially handing her a rose outside her office.

The mum-of-three from Hastings, East Sussex, was approached by Salih, 38, for the first time in July 2007.

He stopped Lorraine outside her then-workplace in St Leonards-on-Sea, where he offered her a rose and asked her to go on a date with him.

But when she declined, he told her he ‘knew everything about her’ and left her worried for her children’s safety.

Lorraine said: “A man who was a bit weird looking came up to my window and asked me out with a rose in his hand, but I said no.

“He kept going on even though I said I wasn’t interested, and then he said ‘please please give me a chance, I know everything about you’.

“I had three children at home and alarm bells were really ringing, I needed to know what he knew for the safety of me and the kids.

“I was terrified – my heart was beating really fast – but he said he knew where I lived and told me my address, which is when I thought ‘bloody hell, this is really bad’.

“When I got home, the kids told me they’d seen him hanging around outside.

“I was supposed to be going on a week-long residential training scheme for work but I didn’t want to leave the kids with their grandparents while this was going on.”

Terrified Lorraine decided it was safe to go on the course, but returned to find her tyres had been deliberately let down.

In one horrifying incident, her cat was found dead and after it was buried, was dug up twice – although Lorraine does not know if it was Salih.

Lorraine says after that, Salih went quiet, but the contact began again in 2009, when she signed up for Facebook.

Over the next few years, he intermittently tried to contact her using the site, going through her niece’s friends list to find Lorraine after she changed her name. 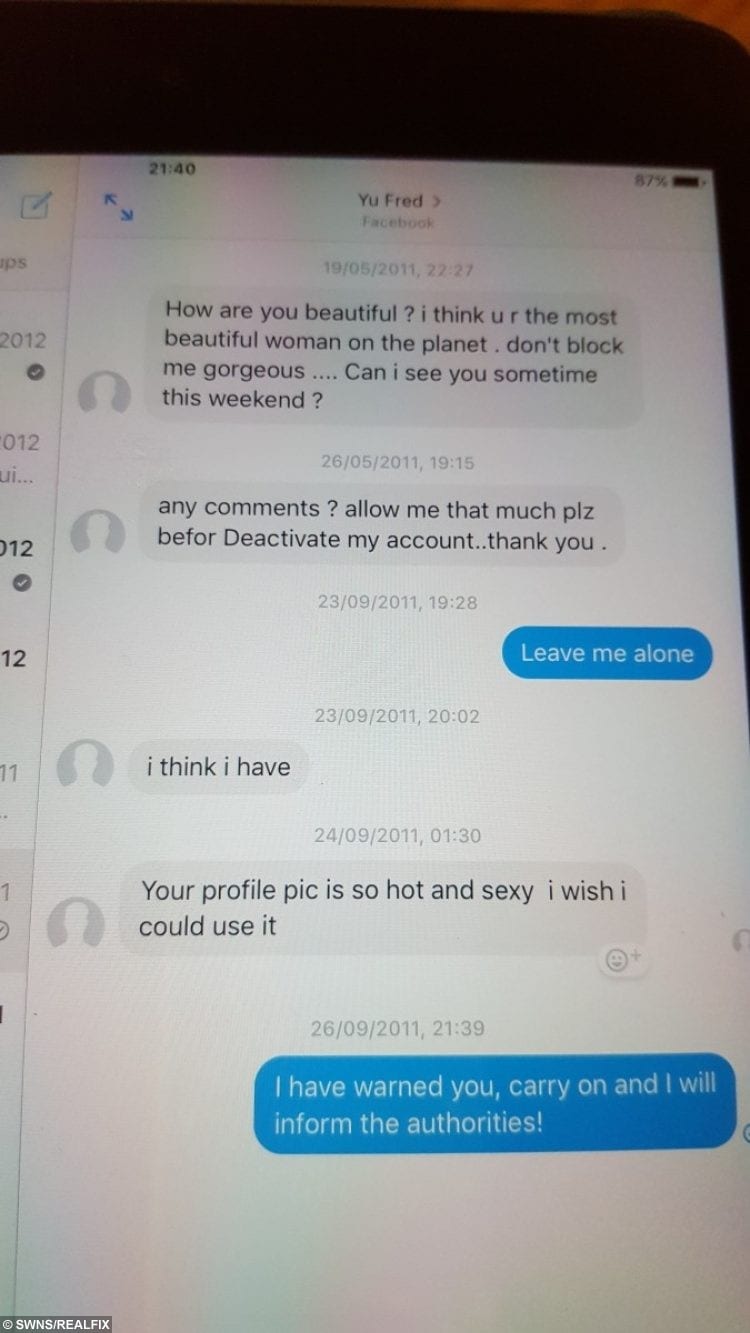 She added: “There was a tirade of horrendous things after that – he was stopping me outside of work, forcing flowers on me, and I’d tell him to go away but there was nothing anyone could do.

“For the next six weeks, my car tyres kept being let down, and at one point my car got moved into the middle of the road while I was working, but police thought I’d left the handbrake off.

“In 2009 I got Facebook, and he added me, so I reported him to the police and gave them his name and picture.

“But he sent me friend requests with the same picture but different names from about eight accounts, because I’d always block and report him.”

On July 4 this year, the stalking ‘came to a head’ and left Lorraine ‘terrified for her life’ after a dangerous car chase along Hastings’ busy coast road.

She was visiting her GP when she spotted Salih and, although he eventually sped off, he soon reappeared outside her home.

She added: “I was driving along the seafront and saw him on the inside lane and recognised him.

“He was driving really dangerously but he sped off into the distance when I went into the doctors.

“It was really frightening so I dropped my car at home and went to the police station, but he drove past me.

“I screamed at two officers to stop him and I totally broke down, but they told me the station was closed and I had to go home and call 101.

“The police acknowledged that he was a dodgy, suspicious character, so they put out a warrant for his arrest, but when they eventually found and questioned him he was released.

“I told them they were mad for releasing him and that I was terrified for my life but they said they didn’t have enough evidence to charge him.” 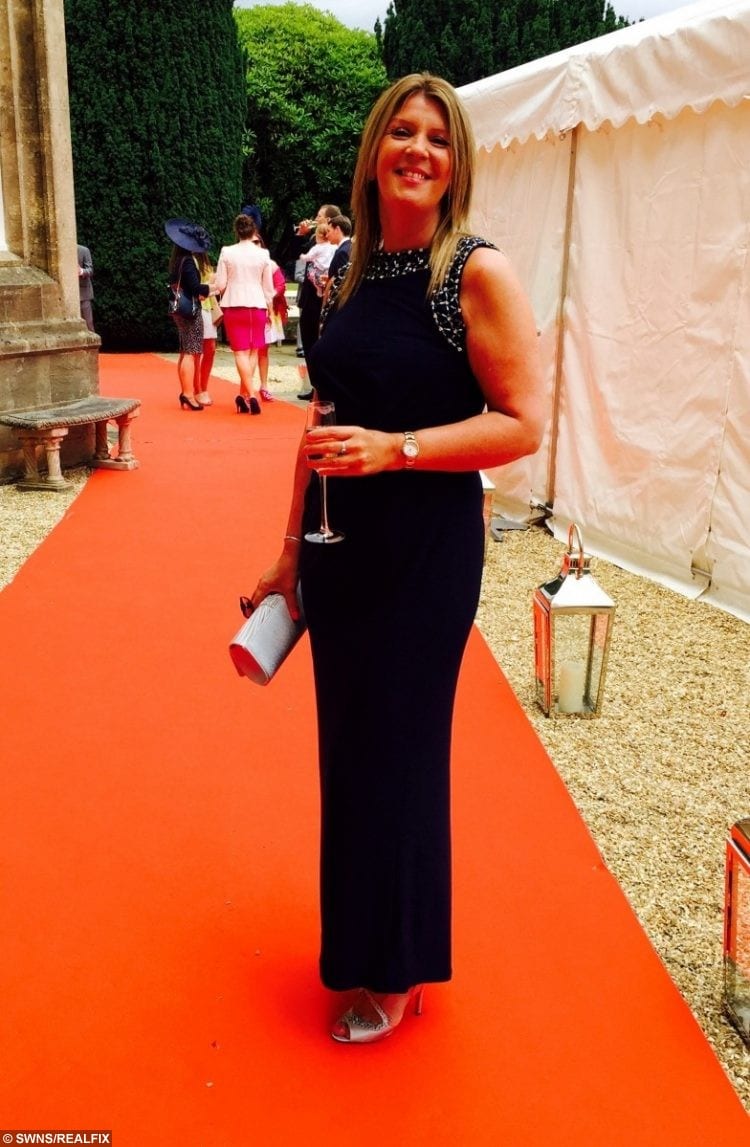 Lorraine became so terrified of Salih she wrote to MP Amber Rudd, begging for help, who she says contacted police to have the case ‘dealt with properly’.

Another warrant was issued and two weeks later, Salih was arrested and charged after admitting stalking the mum.

Weirdo Salih was jailed for a whopping four years – and slapped with a protection order upon his release – when he appeared at Hove Crown Court on October 10.

Lorraine said: “He admitted to just about everything apart from the cat and the tyres, but he admitted every other occasion I’d mentioned plus others.

“But he still didn’t think he’d done anything wrong and thought I should be flattered by the attention, and was smiling and laughing in court.

“My life has completely changed now he’s been jailed – I’ve even managed to book a weekend away with my friends.

“I’m relieved, because I got what I wanted, but I felt he should have had ten years because he took that much of my life.”

PC Jenna Boyd, from Surrey Police, said; “This woman has endured a gradually escalating campaign of systematic stalking by Salih.

“The experience left her terrified for the safety of both herself and her family.

“Although Salih did not overtly threaten her or attempt any physical attack, his actions have had a significant emotional impact on her, and we are glad that the court has reflected this in the sentence.

“We hope that the sentence and the Restraining Order will give Salih a dose of reality, and that the victim will now be able to move on with her life without fear of his presence in it.”

Detective Chief Inspector Pierre Serra, force policy lead on stalking, said; “This is another example of the way stalking offences are taken seriously.

“We continue to work to raise awareness of this issue with colleagues and partners.

“A comprehensive policy for supporting victims is in place, updated recently following consultation with Veritas Justice and the Suzy Lamplugh Trust, both of whom gave us invaluable feedback on our policy.

“The force has also been carrying out extra work with Paladin, a national organisation which supports high risk victims of stalking with their specialist Independent Stalking Advocacy Caseworkers (ISAC).

“They have trained a selected number of officers across Sussex who will have an extra level of specialism in this area of work.

“They are able to advise and support our other investigators whenever needed.”