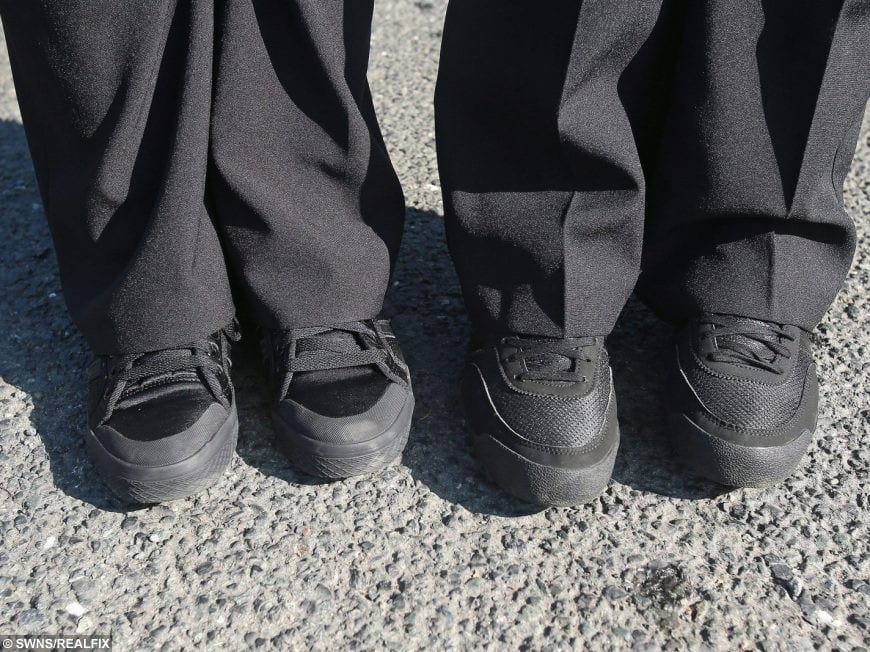 An academy school is facing a backlash after issuing a memo comparing academic success to the cleanliness of pupils’ SHOES.

In a Facebook post titled ‘Success and shoes’, Crispin School in Somerset noted that students with “strongest academic progress” are “sharply dressed”.

It went on to “emphasise the link between success and footwear” following a number of clashes between parents, pupils and the school over uniform policy.

But the post sparked an immediate and furious backlash, with parents labelling it “utterly ridiculous”, “bloody stupid” and “a load or rubbish”.

The post on the school’s Facebook page makes reference to school’s location in Street, Somerset – home to Clarks shoes since 1825. 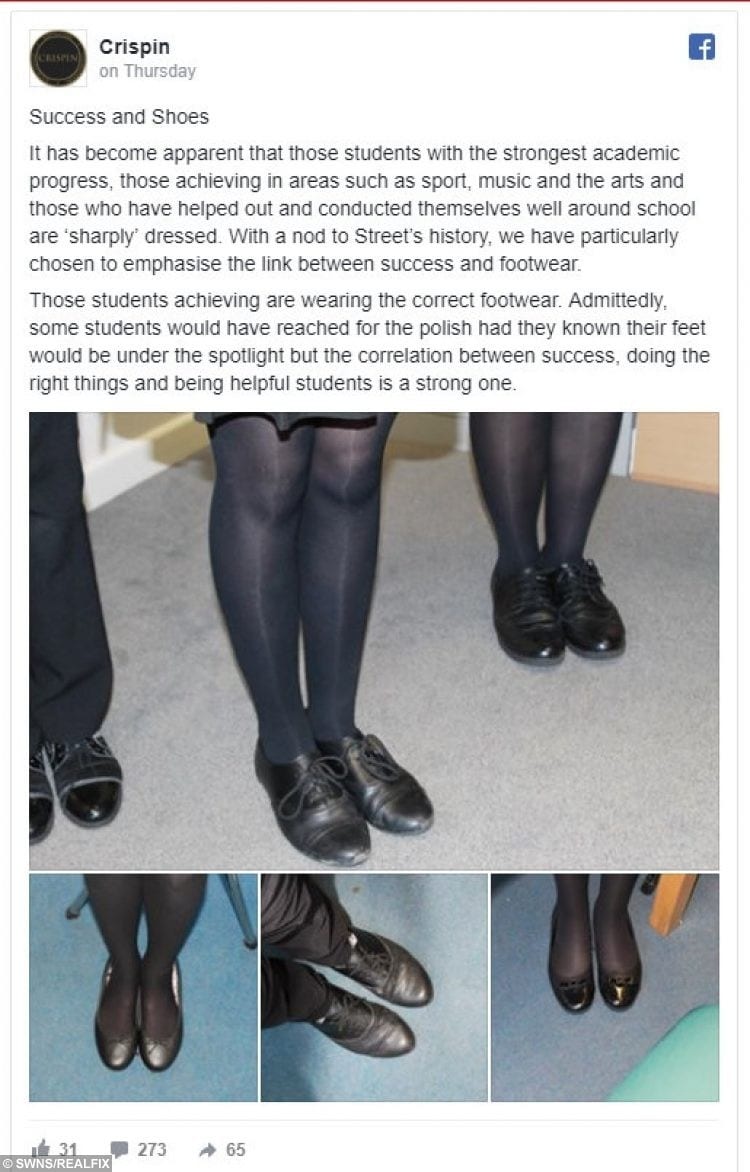 The Crispin School message to parents about a link between shoe smartness and academic success.

It reads: “It has become apparent that those students with the strongest academic progress, those achieving in areas such as sport, music and the arts and those who have helped out and conducted themselves well around school are ‘sharply’ dressed.

“With a nod to Street’s history, we have particularly chosen to emphasise the link between success and footwear.

“Those students achieving are wearing the correct footwear. Admittedly, some students would have reached for the polish had they known their feet would be under the spotlight but the correlation between success, doing the right things and being helpful students is a strong one.”

The missive follows a recent crackdown on uniform in which parents have reported their children coming home in tears after being ‘show shamed’. 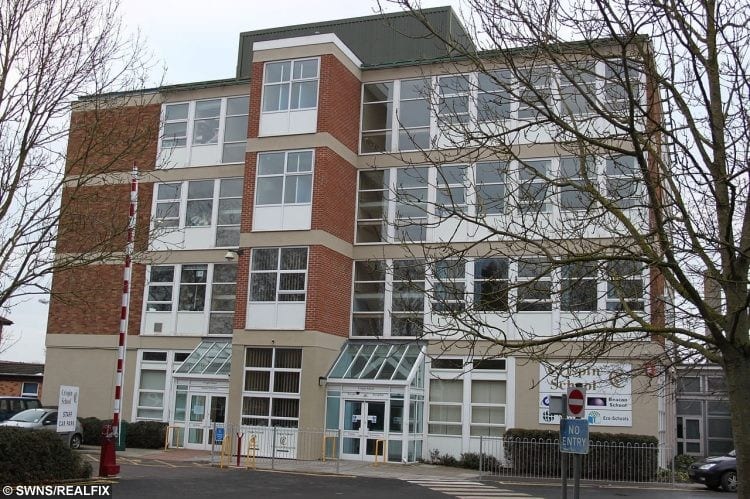 GV of Crispin School in Somerset.

Mum Andrea Fidgeon wrote: “I’m a so bloody fuming, my daughter has come home in floods of tears tonight having been harassed about her shoes, even called my daughter a liar and told her she will be in isolation on Monday for her leather shoes!!”

Keith Buck wrote: “What a pile of rubbish. It’s ridiculous to say your footwear helps you achieve. It clearly does not.”

Angela Cave added: “This post is ridiculous, what a shame the school concentrates and spends so much time wasted on school uniform when it could be better spent worrying about real issues!!!!”

And Joanne Perring posted: “So wearing the right uniform makes you more successful what a joke !! I wish the school would take more attention on helping the children learn, not spend so much time moaning and sending children home with wrong uniform”

One parent said the head teacher was shaming the disadvantaged who cannot afford pristine new shoes.

“Do you think the families of those struggling to make ends meet and get food on the table need to have it endorsed that their children are at a disadvantage?” 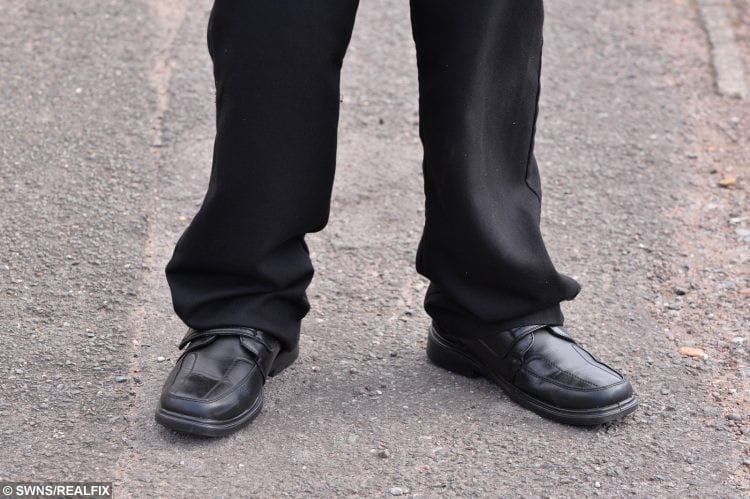 But some parents supported the school and pointed out that smart shoes encourage pupils to take pride in their appearance.

Andy Hedges wrote: “It is very important to have shiny shoes. Shoe polish isn’t expensive and having a pair of shiny shoes generally reflects a person that takes responsibility in other areas of their life.

“I wouldn’t employ somebody who came in for an interview with scuffed shoes. Bravo to Crispin School for giving their students a dose of reality.”