Dominic Cazaux, 22, who is named after eleven members of a winning Leeds United team, pictured outside his home, in Leeds, West Yorkshire, on 2 November 2015. See Ross Parry Copy. RPYNAME: A football fan whose parents named him after all ELEVEN members of a winning Leeds United team has gone against his name - to support ARSENAL. Dominic Cazaux, 22, is in a league of his own when it comes to his full name after his parents decided to name him after an entire football team. The Arsenal supporter has the surnames of the Leeds United first team which won the league in the 1991-92 season. Dominic's full name is Dominic Andrew Lukic Newsome Fairclough Whyte Dorigo McAllister Batty Strachan Speed Chapman Cantona Cazaux.

A football fan whose parents named him after all ELEVEN members of a winning Leeds United team has gone against his name – to support ARSENAL.

Dominic Cazaux, 22, is in a league of his own when it comes to his full name after his parents decided to name him after an entire football team.

The Arsenal supporter has the surnames of the Leeds United first team which won the league in the 1991-92 season. 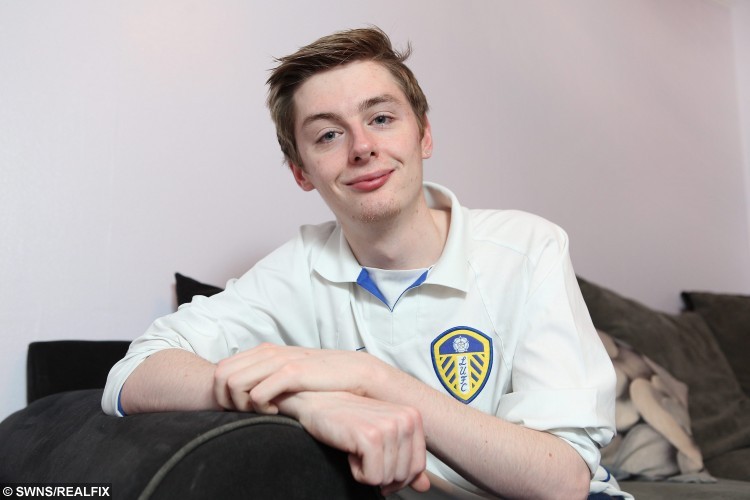 He has an older brother, sister and a younger brother, but his parents Jeanne and Andrew Cazaux chose not to share the same distinguished designation with them.

Scottish-born Dominic, of Leeds, West Yorks., has the surnames of eleven players sandwiched between his own names Dominic, Andrew, after his father, and surname Cazaux.

He said: “My parents were mad keen Leeds United supporters when I was born.

“My parents wrote to the manager of Leeds United, that was Howard Wilkinson at the time, to ask him for his permission to use the names and after asking the players.

“He wrote back and said yes. Regardless of whether they had won the league or not that year, I think it was always going to happen.

“The name was something I became aware of when I was about six. At school most people loved it, apart from a few people at high school.”

“Sometimes I feel I want to get rid of it and be normal but other times I just think it’s what makes me unique. It’s something different and I’m proud of it.

“It has caused me some problems in the past, for example when I have to put my full name on certain documents. So, when I was doing some exams at school, I would have to write out my full name. I didn’t get any extra time to do the exam, though.

“If it’s a really official form, I have to write the whole thing out, so it’s on my passport but not on the laminated page – it was too long to fit on there, so it’s on the back page.

“A lot of people think I’m joking with it but it’s true and I have the proof.”

But, despite his name, Dominic, a student at Leeds Beckett University, has revealed that Leeds United are not his first team.

He said: “I think I chose Arsenal mainly to rebel. I was only about eight-years-old and it was just one of those things you do to go against your parents.

“They were disappointed but said that it was my choice.

“Even though I’m an Arsenal fan, I do follow Leeds and I wish them all the best. I went to the Blackburn game the other day and I keep my hand in with them. They are part of who I am. I’ll always follow them. They will always have a close place in my heart.”

Dominic was even invited to the funeral of the late Gary Speed, but explained that because the letter was sent to his address in Scotland, they did not receive it in time.

He said: “It’s a shame about that because I would liked to have gone and I was really proud to have been invited.” 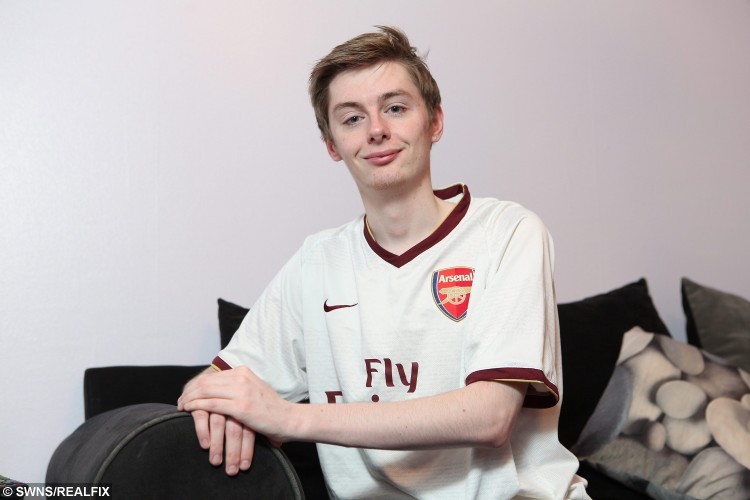 Little boy goes to adopt a new cat and something incredible happens!

Dad has vasectomy then conceives TRIPLETS

Dad has vasectomy then conceives TRIPLETS