A horrified couple returned from a dream holiday to find an enormous hole smashed in their bungalow roof caused by a huge slab of ICE that fell from a passing plane.

Glennys and Geoff Dalby got home to smashed tiles, broken roof timbers and shattered garden storage – with the remains of the frozen missile melting in the 22 degree heat.

Neighbours rushed round to the house at midday after hearing a ‘massive crash’ and found the damage and huge block of ice lying in the gravel drive.

The Dalbys, both 79, returned from their holiday in the south of France, five hours later to find a 4in by 6in block of ice still remained intact.

The couple are now locked in discussions with both Gatwick and Heathrow Airports in relation to the damage to their two-bedroom bungalow in Leigh, Kent, two weeks ago.

Retired teacher Glennys said: “Going by what our next door neighbours told us there was just this loud bang around midday which caused them to rush out.

“A plane hadn’t been dangerously low to the house but it can’t have fallen from a cloud as it was a hot day!

“Ice just doesn’t fall from the sky. We are in the flight path but have never had too much bother.

“We returned home around 5pm that day and took a picture of the ice.

“Bearing in mind it was around 22C and there was still a 4in by 6in block of ice left so who knows what size it was when it fell down originally.

“It must have been quite a large slab coming down at some force as it ripped through the storage boxes in our garden. It’s also broken timbers in the roof.

“What worries me is the fact that there were three young children under the age of ten who were playing outside in next door’s garden at the time.

“Had that ice fallen a few feet over it would have killed them! Heathrow have handled it atrociously. I’m just passed from pillar to post.

“No one is accepting any responsibility. At the moment we’ve managed to cover it with tarpaulin. We’ve had to claim on our insurance which is completely outrageous.” 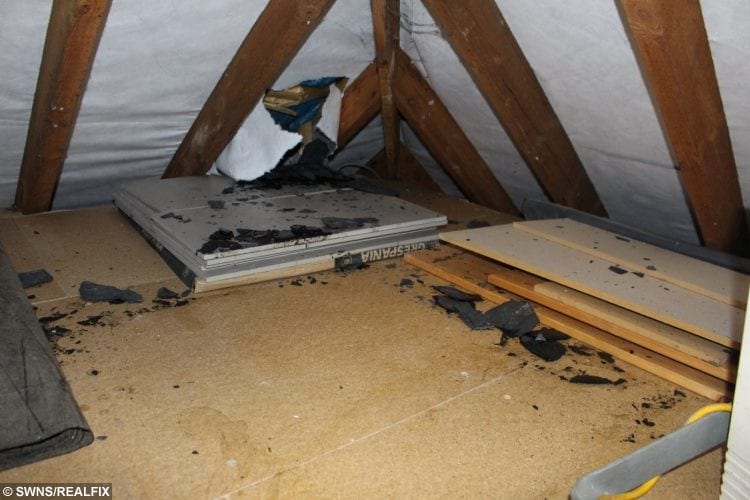 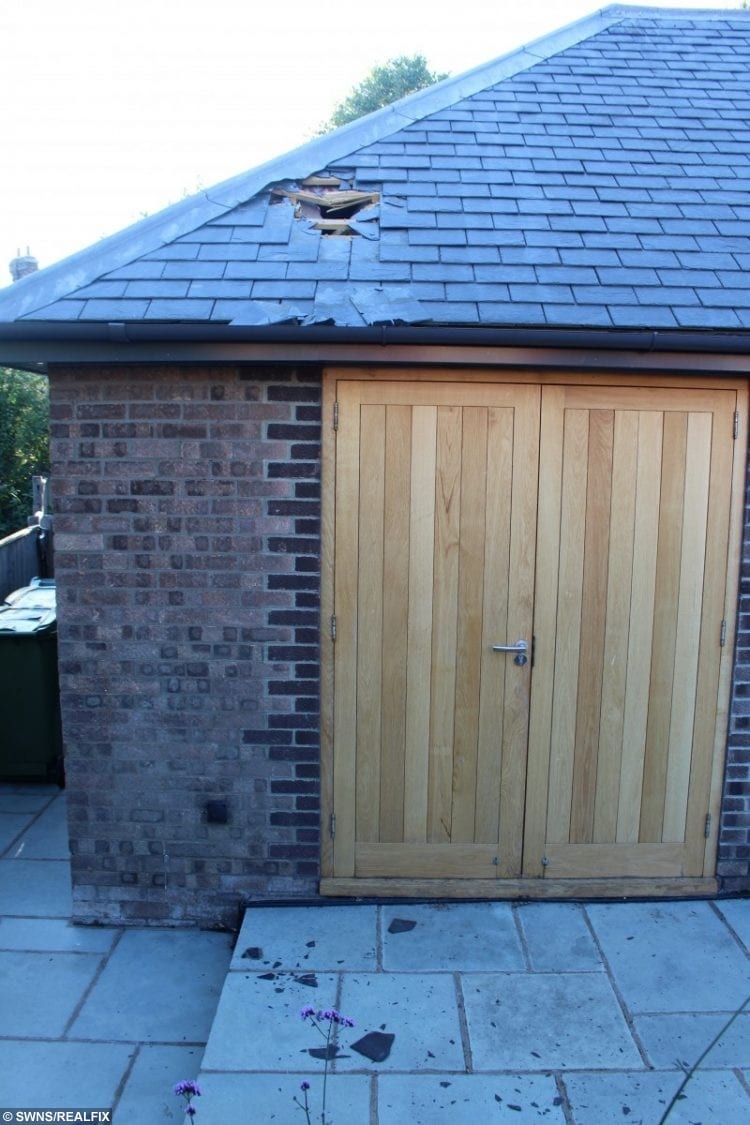 Glynnys and Geoff, a retired civil engineer, are loath to claim for the damage on their insurance until they can find evidence that an airline was to blame for the damage.

A spokesperson for the UK Civil Aviation Authority said: “Ice falls can be as a result of meteorological phenomena. Ice falls from aircraft, however, are considered to be rare in UK airspace.

“The CAA receives less than 10 reports of ice falls per year. We are unable to investigate the potential origin of an ice fall, but do record reports of this nature.” 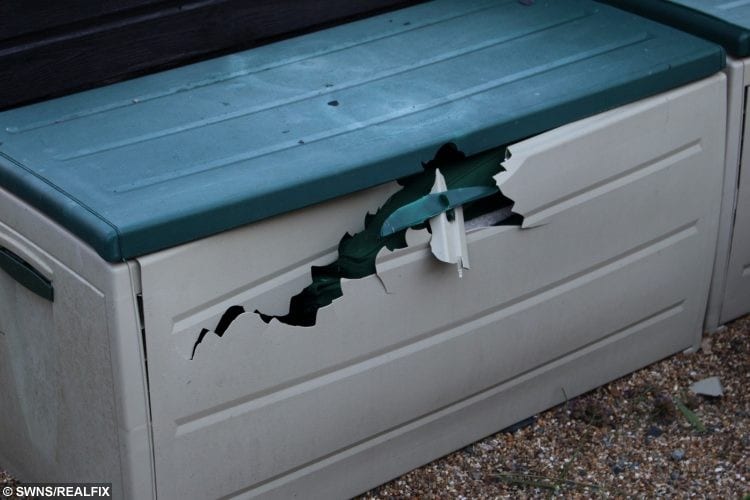 “As soon as Heathrow was made aware, we investigated a report of an ice fall in Kent on 16 September and found that no Heathrow aircraft were in the immediate area around the time it was estimated to have happened.

“This information was communicated with the resident concerned.”

A Gatwick spokesperson said: “While ice falls from aircraft are rare, they do unfortunately happen from time to time, and airlines are accountable for any damage caused.

“We are aware of this particular incident and have been liaising closely with the complainant to try to help her identify the aircraft – and airline – responsible.”