'Baby's hotpants' which are being sold at Primark stores. The short shorts are for babies aged 0-3 months. January 15 2018.

A shopper says she was left disgusted after she spotted Primark selling ”hotpants” – for BABIES.

The 23-year-old saw the £3.50 cut-off denim shorts aimed at children up to three months.

The horrified customer said the “sick” denim shorts serve only to “sexualise” babies, and ought to be removed from sale immediately.

“I just think they are sick. What on earth were Primark thinking?” said the unnamed woman, from St George in Bristol. 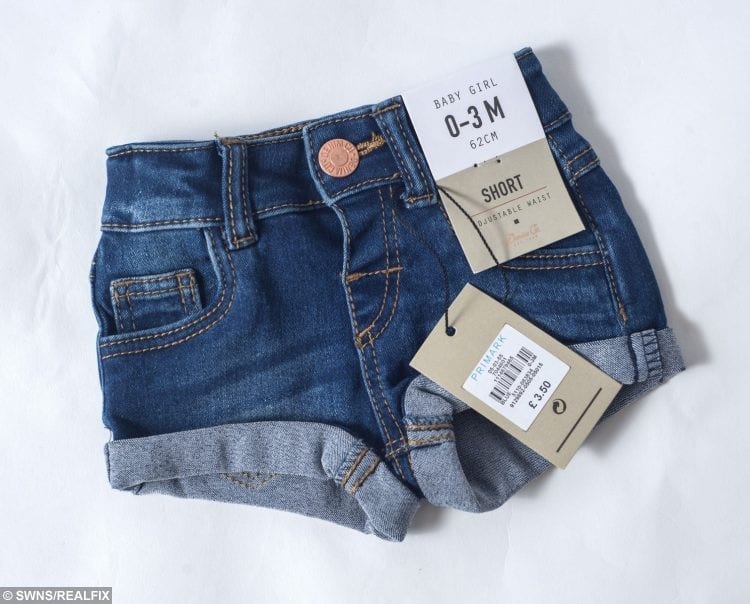 She was so horrified by the garment that she snapped a picture on her phone in the store’s Broadmead branch in Bristol.

And she says everyone who has seen the picture has agreed it is “sick”.

“I just stopped when I saw them and though these cannot be serious – these tiny hotpants are purposely sexualising babies and that is disgusting.

“There is so much in the news right now about children and young girls being sexually abused and items like this and the sexualisation of babies is making it worse.

“Children are innocent and they should be kept that way.”

She added: “I was so horrified I took a picture on my phone to send on Snapchat and I saw another lady looking at the hotpants and I could tell she was disgusted too.” 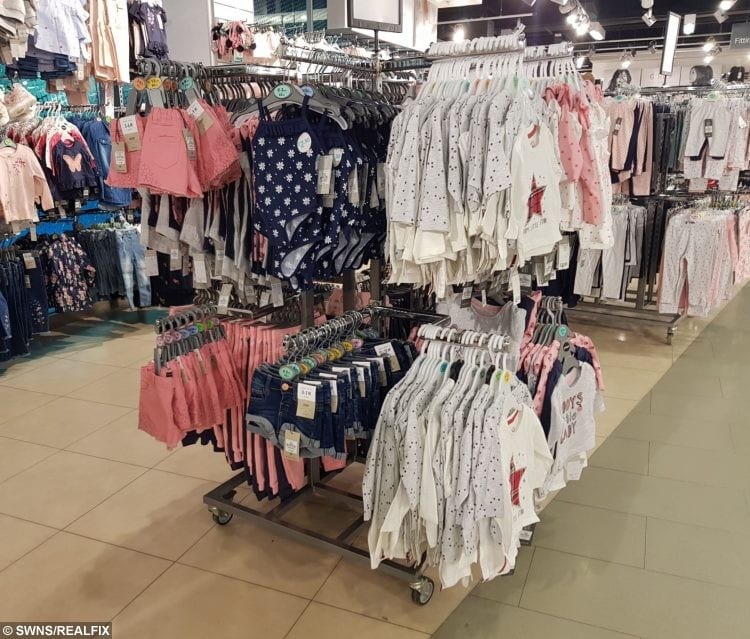 The 23-year-old says she has not yet made a formal complaint to Primark, but may consider doing so.

A Primark spokesperson denied they were hotpants and said they were a rogue batch with an error in the way the denim is turned up.

They said: “This assertion is simply untrue.

”As clearly indicated on the label, the item is a pair of babies’ shorts, designed to be age appropriate and comfortable for use with nappies.

”It has, however, come to our attention that an error in a recent batch of the shorts has caused the turn-up to be rolled twice instead of once.

”We have removed this batch from sale so that they can be adjusted to the correct specification.

”We are committed to age-appropriate clothing, and all our childrenswear is designed fully in line with British Retail Consortium guidelines.”

SKY DO! – Thrill-seeking boyfriend proposed to girlfriend while they skydived from 13,000ft