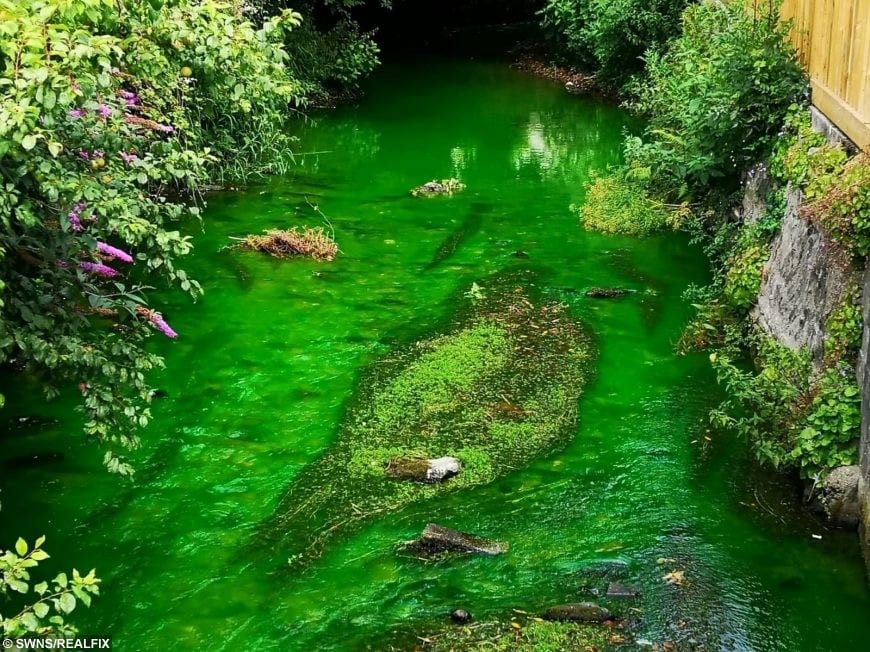 Residents have been left baffled after a river that runs through their village turned a bright GREEN.

The River Caen has transformed into an almost luminous shade of green which has been attracting a lot of attention from passing locals and visitors.

Several theories have been put forward over what caused the discolouration in Braunton, Devon, with many believing it was caused by algae which has reacted during the recent hot weather.

There has been no official confirmation yet, but several locals on the scene said they found that hard to believe.

One said: “The colour is so bright, it just doesn’t look like algae to me.”

Another passer-by said: “I’m not sure where it’s coming from but it looks like something has been spilled into the river.”