Rubbish tip becomes a winter wonderland thanks to unwanted decorations

Christmas decorations on display at the Lifford Lane recycling centre in Kings Norton, Birmingham. Staff at the centre have collected discarded christmas decorations over the last few years, to create a festive grotto, December 22 2014, See News Team story NTITIP; A recycling centre in Kings Norton, Birmingham has created its own Christmas grotto - using discarded decorations dumped throughout the year. Baubles, plastic snowmen and miniature Santas all give a flavour of the season, while drivers are greeted on arrival at the Lifford Lane tip with signs reading ‘Merry Christmas’ and ‘Ho Ho Ho’. Staff at the site, run by the city’s tip contractor Veolia, also lay on themed displays for a range of events throughout the year, including last summer’s World Cup.

A rubbish tip has proved a festive hit after creating a winter wonderland – from people’s dumped Christmas decorations.

The festive grotto is made up of 8,500 fairy lights, 94 ornaments, seven large Christmas trees and even a blow up snow dome.

The colourful display has been created by staff at Lifford Lane Household Recycling Centre, in Kings Norton, Birmingham, after they were swamped with unwanted decorations. 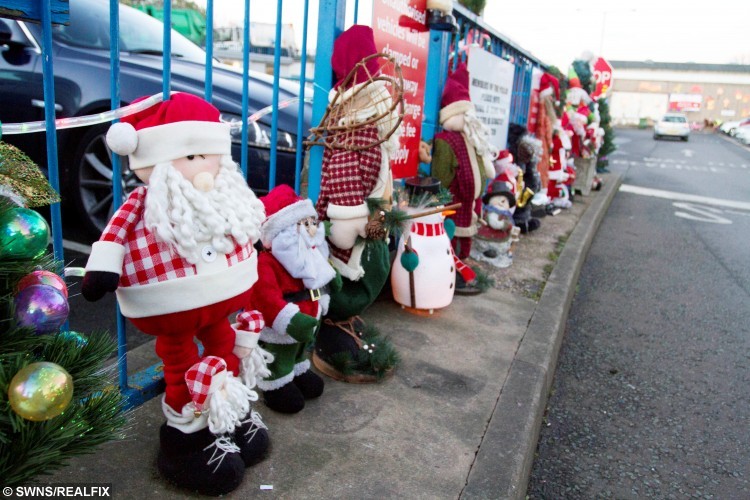 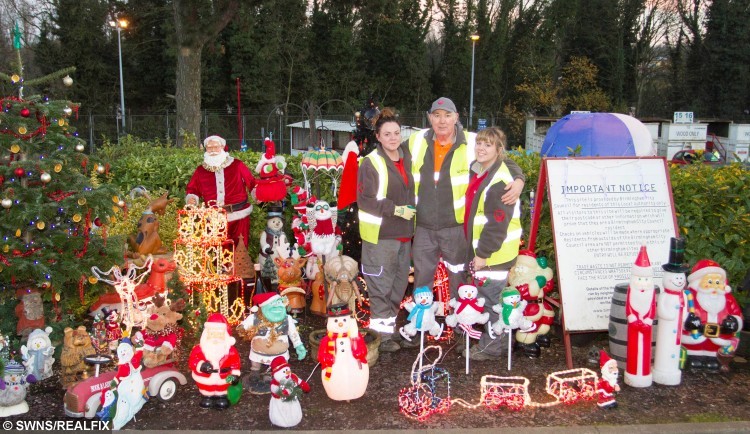 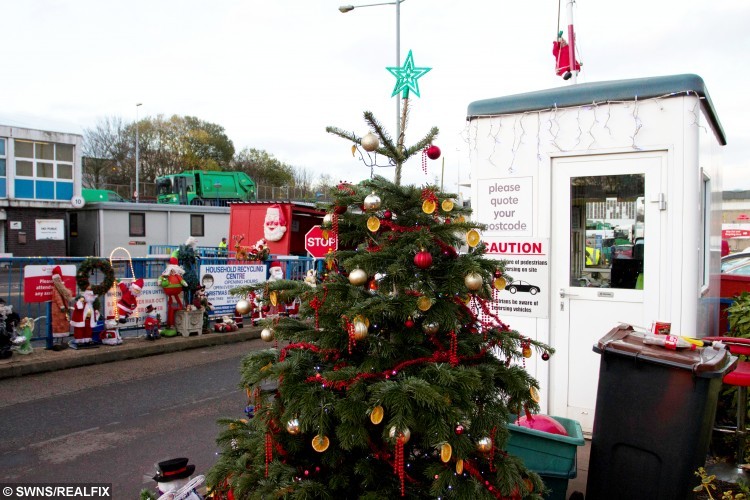 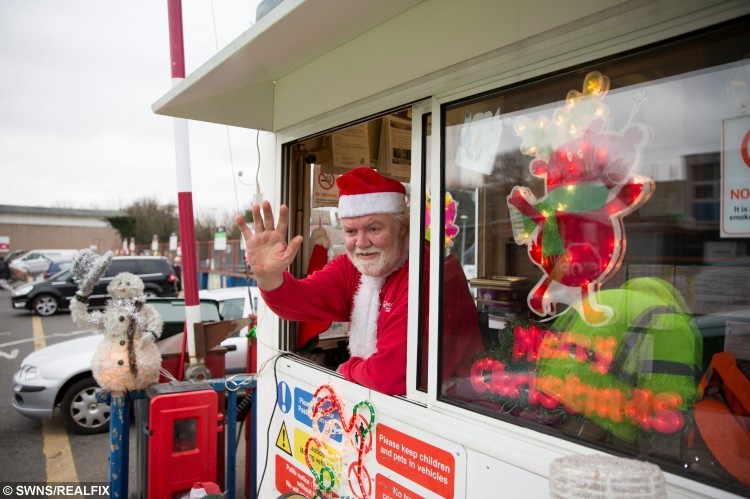 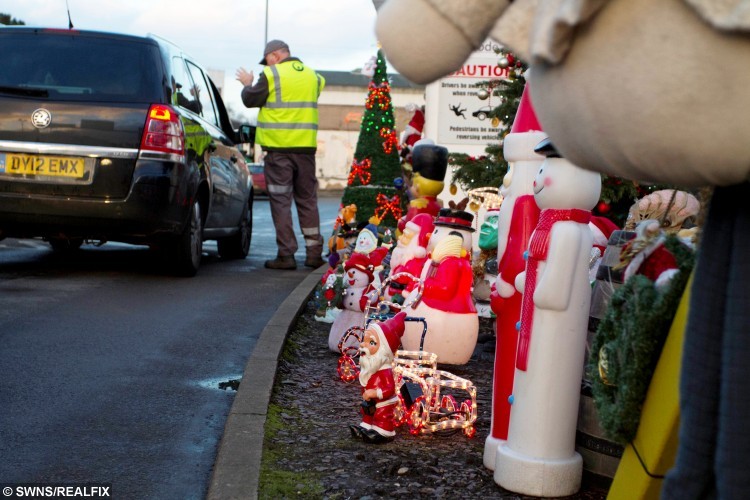 The site, which is run by tip contractor Veolia Birmingham, used discarded decorations brought to the site by local residents.

Mick Essex, 64, site controller for the past 43 years, said: “This year we’ve been flooded with unwanted decorations.

“People obviously go through their lofts and see what they had last year and decide to get rid of them to make way for new ones.

“It’s amazing what gets thrown out. We’ve had people stop their cars and take pictures of the display. It shows what you can do with recycled items.”

The display has become so popular the tip has been forced to organise special times for people to come and view them after being overwhelmed with visitors.

The display open Monday to Friday 8am – 6pm and Saturday to Sunday 8am – 4.30pm until the 5th January 2016, with the exception of Christmas Day and Boxing Day. 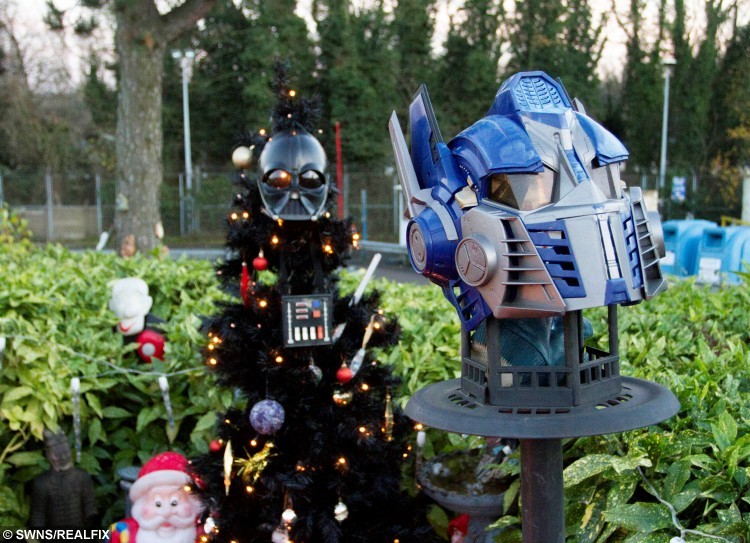 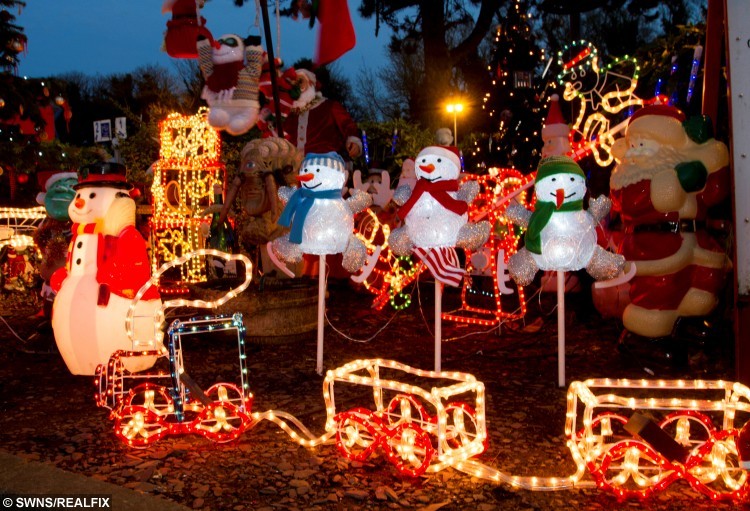