Shocked police were yesterday hunting cruel yobs who shot a young horse through the eye – with a deadly LONGBOW.

The distressed small white and brown gelding was found with metre-long longbow bolt sticking out its eye socket.

Vets now fear the animal may lose the sight in its eye after being shot with the lethal weapon which was used by English archers during medieval battles.

The horse is currently with the Royal Veterinary College for treatment but it is believed it will survive the horrific injuries. 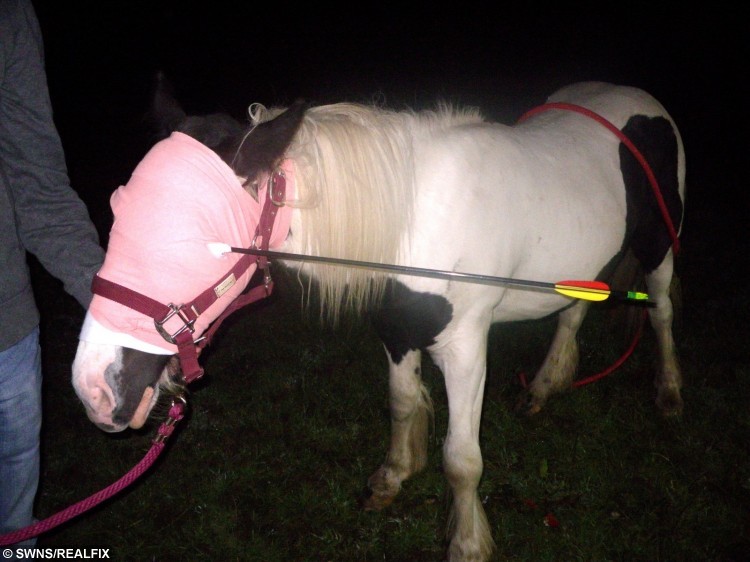 Police are now appealing for witnesses after the male was found in a field in Abbots Langley, Herts., on Saturday night at around 7pm.

RSPCA Deputy Chief Inspector Mel Fisher said: “It seems this poor boy has had a very lucky escape, though the next 48 hours will be crucial.

“The long bow bolt has gone through his eye socket and into his nasal cavity, miraculously without hitting anything vital.

“It’s hoped he won’t lose his eye but it’s too early to know for sure. 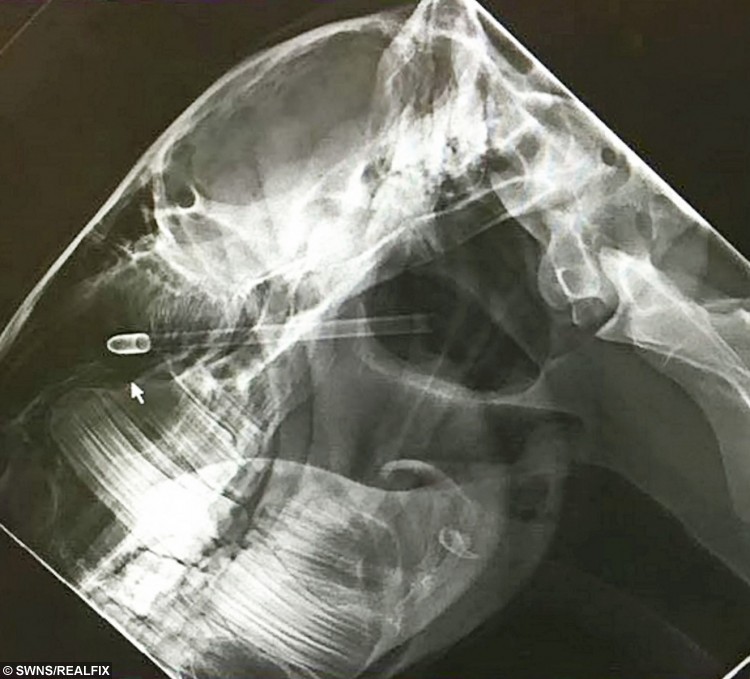 “This was a wicked attack on a friendly and sociable little chap. If anyone saw anything, please contact the police or the RSPCA on 0300 123 8018.”

Investigating officer DS Dan Stoddart from Hertfordshire Police said: “I am appealing to anyone who was in the area of the field yesterday around 7pm or before then and saw anyone acting suspiciously to please get in contact.

“This appears to be senseless, cruel crime and we are doing all we can to find the person responsible.

“If you saw anyone acting suspiciously around the field yesterday we would like to hear from you as soon as possible.

“Please contact us via the police non-emergency number 101 with any information, alternatively call Crimestoppers on 0800 555 111.” 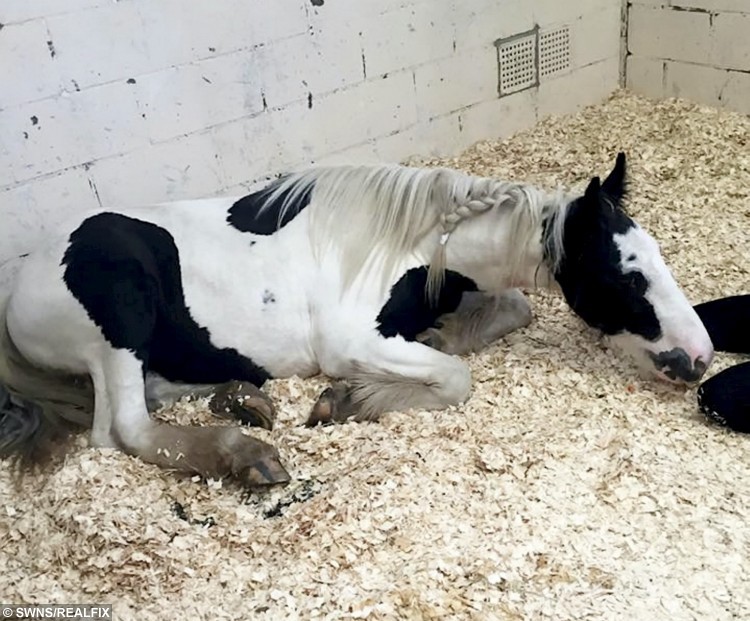 The RSPCA, Local Crime Unit and the Constabulary’s Rural Operational Support team are aware and investigating.