A drug addict has been jailed after slashing a shopkeeper in the face with a stanley knife – leaving her with a four-inch gash from her eye to her nose.

Julie Youel, 55, was alone in the shop she has run for 30 years when Ashley Boyle, 22, and Steven Johnson, 20, came in wearing scarves covering their faces.

A court heard the pair were in the shop for several minutes before Boyle slashed Mrs Youel with a Stanley knife and punched her in the face after she refused to give him cash.

Mrs Youel was left with a scar on her face as a result of the brutal attack and is now afraid to be alone in her shop in Barnsley, South Yorks, the court heard. 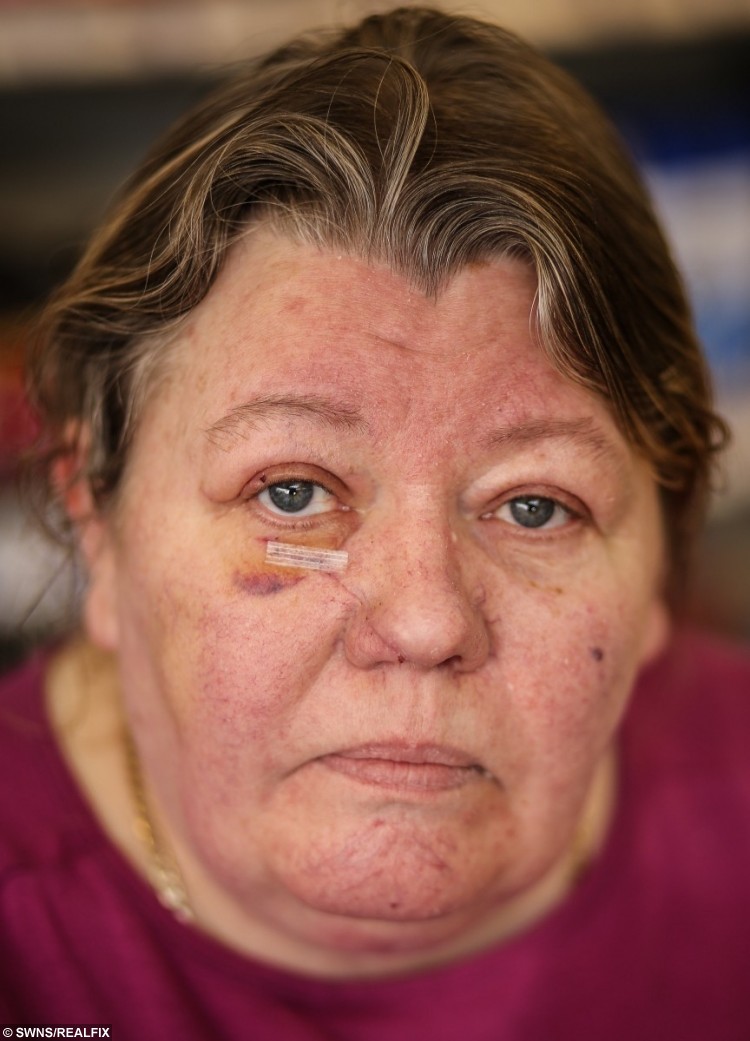 “She has suffered serious psychological injuries.”

Sheffield Crown Court, South Yorks., heard that Mrs Youel was smoking a cigarette outside her shop on March 8 last year when she saw two men walk past who wore head coverings and had the lower parts of their faces covered.

The men then entered the shop and after several minutes Boyle approached Mrs Youle as she stood at her counter and told her to “get the money out of the till”.

The court heard Mrs Youel did not take the threat seriously and stood her ground, but Boyle responded by punching her to the face with his right hand.

The shopkeeper was stunned by what had happened and stood still but Boyle again demanded that she gave him the cash from the till. 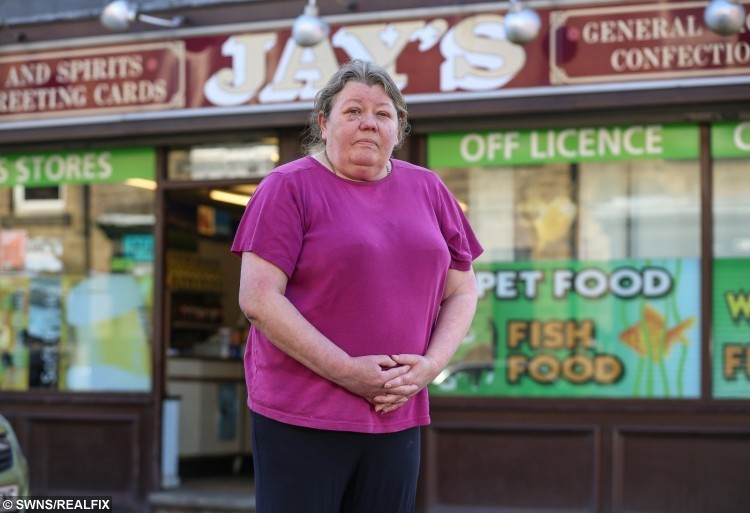 After the second threat was made, Mrs Youel took a step back, at which point Boyle lunged at her and attacked her with the Stanley knife, the court heard.

Prosecutor, Stephanie Hollis, said: “The defendant lunged at her and attacked her with the Stanley knife. It caused a cut above her right cheek, to the right of her nose.”

Mrs Hollis read out a statement to the court from Mrs Youel, where the shopkeeper, who received 12 stiches for the knife wound, explained how she feels unsafe working in the shop since the incident.

In the statement she said:

“I was a confident person before the attack happened and now I feel a shadow of my former self.

“I feel particularly worried when young males enter the shop, I cannot understand why someone would use violence in that way. I feel like I shouldn’t be in the shop anymore but I have no choice because the shop is my livelihood. I hope that one day I can move on but at the moment I cannot move on from what has happened.”

Mitigating Daniel Farmer told the court that Boyle, who appeared in court via a video link from HMP Doncaster Prison, has been using drugs since the age of 15 and wanted to steal cash from the till to buy the Class A drug M-Cat, which he was addicted to at the time. 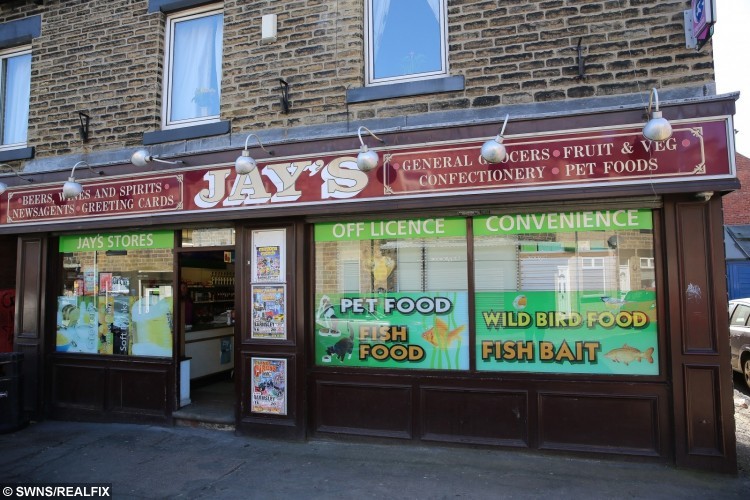 Boyle, 22, of Barnsley, pleaded guilty to attempted robbery, possession of a bladed article and wounding with intent in relation to the incident.

He was sentenced on Monday for the assault on Mrs Youel and was also given jail sentences of 6 years for the robbery and two years for possession of the knife, which he will serve concurrently.

Boyle was released from jail in January last year, just months before the attack on Mrs Youel.

Recorder Miller told Boyle that due to the nature of the attack on Mrs Youel he would have to serve a substantial amount of time in jail.

He said: “At 22 years of age you have a number of previous offences for violence which have escalated in their seriousness.

“You have expressed remorse for your actions and demonstrated that you wish to have a non drug taking life on your release but in this case long sentences are unavoidable.”

'My identical twin is a paedophile but I'M getting death threats'