Stephen Scaife aged 88 from Exeter, Devon, who has been clearing weeds around his local area. See SWNS story SWWEED: A mystery do-gooder known as the phantom weed clearer who cleared his local area after the council left it over grown has revealed his identity Ã as an 88-year-old pensioner. Stephen Scaife took to clearing the streets of weeds in his local area after the cash strapped council failed to take action. On his regular walk to the post office Stephen grew tired of the pavements being broken up by weeds, and was plagued by the unsightly plants growing around road furniture. Initially out of annoyance Stephen began clearing the weeds, but found he couldnÃt stop, and has now begun clearing all the weeds from his local roads, courtyards and community areas.

A real-life super her-hoe has been dubbed ‘Spaderman’ after ridding his entire home town – of WEEDS.

He travels across the city with his trusty spade and removes unsightly plants from neighbourhoods, parks, courtyards and around traffic signs.

Grandfather-of-four Stephen has managed to keep his identity a secret – with locals often waking up to find their street clear of weeds.

He became known as ‘The Phantom’ or Spaderman – but has now come forward to reveal his identity.

Stephen said: “One day on my way back from the post office I noticed all the weeds outside the flat.

“I thought I’d stop and clear them away, and once you start you tend to carry on.

“So I carried on down on to the roundabout and there was still more weeds along the back of the footpath and around the traffic islands, and so I cleared those away.

“I thought it would help the council out a bit, and I carried on.”

“I realise the council is strapped for money and they haven’t got the resources now with the job cuts and that, so thought I would help to keep the weeds down.

“Once the deep clean is done it should stay clear for quite some time.

“I want to keep the place tidy, and there’s always more to do – I could carry on for years if I wanted to.

“The council have tried to do some, but they haven’t been able to do much.

“I’m happy to do it. In some places I have removed the soil so they can’t grow back because they don’t have anything to anchor from.

“Its community spirit, I’m happy to do my bit and make the area look good.”

“No one has joined in to help me yet, but I don’t expect anyone else to, it would be nice I suppose but people can do it on their own street if they want to.

“Besides the weed clearing I go dancing three times a week – I don’t spend much time on my backside.”

The problem with weeds in Exeter, Devon, had been branded a ‘fiasco’ by locals, who say they are sick of the sight of the plants growing wherever they could.

Many complained to the council, and even councillors themselves seemed frustrated by the ongoing problem.

Speaking on the issue previously, councillor Pete Edwards said: “The weeds make the city look really shabby. You walk past some areas and it looks disgusting.”

A spokesman for Devon County Council said: “Mr Scaife should be applauded for the valued contribution he’s making to the city.

“He’s displaying the kind of community spirit we need during these times of austerity.” 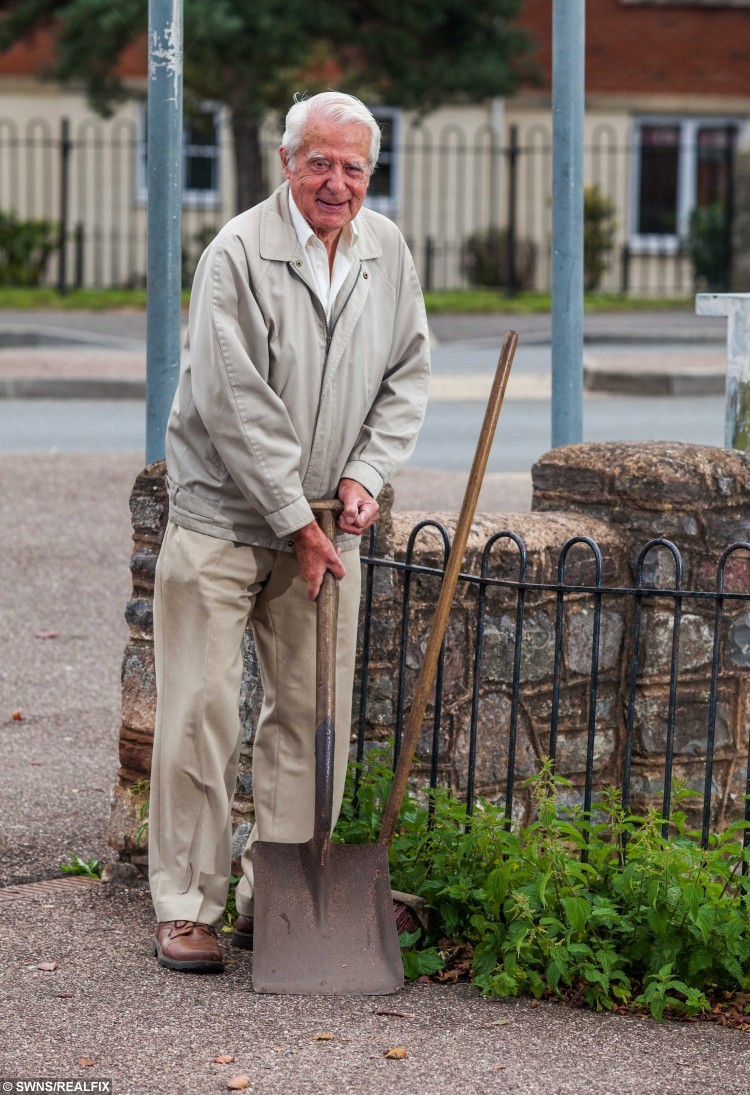 Right or Wrong? Pupil sent home from school for having leopard-print hairs

Right or Wrong? Pupil sent home from school for having leopard-print hairs