Stormtrooper scales UK’s highest mountain with a flag and… his mum?!

Ashley Broomhall in dressed in his Stormtrooper outift with his mum Janet as he climbs up Snowdonia the highest mountain in Wales. See CENTRE PRESS story CPSTAR; A Star Wars fan super-fan has rebelled against convention by launching a fundraising assault on Ben Nevis while dressed as a Stormtrooper. Ashley Broomhall wanted to raise money for Cancer Research after his mum, Janet, 54, was diagnosed with breast cancer earlier this year. The 28-year-old supervisor at Home Bargains got the idea from his involvement with the Star Wars costuming group, the 501st UK Garrison. Ashley, from Shropshire, raised Ã1,275 through the event, almost Ã1,000 more than his original target of Ã300.

A Star Wars super-fan has rebelled against convention by launching a charity assault on the UK’s highest mountains — dressed as a stormtrooper.

Ashley Broomhall wanted to raise money for Cancer Research after his mum, Janet, 54, was diagnosed with breast cancer earlier this year.

And the force was strong in the 28-year-old Home Bargain supervisor who regularly runs charity events with his Star Wars costuming group, the 501st UK Garrison.

He climbed Snowdon and Ben Nevis dressed in his full stormtrooper gear and is now planning to conquer Scafell Pike.

Ashley, from Whitchurch in Shropshire, raised £1,275 through the event which is nearly £1,000 more than his original target of £300.

Ashley says fellow climbers were in “disbelief” when they spotted a him on the warpath up the mountain.

He added: “I’ve been a huge fan of Star Wars all my life as they were the first films I remember seeing. I used to play with the action figures when I was small.

“People were in disbelief when they saw a stormtrooper marching up the mountain. It was the last thing they expected to see while half-way up Ben Nevis.

“I had a lot of people asking to take pictures with me because they said no one would believe them.

“At first they must of thought I was mad, but once they found out about the charity aspect they loved the idea.” 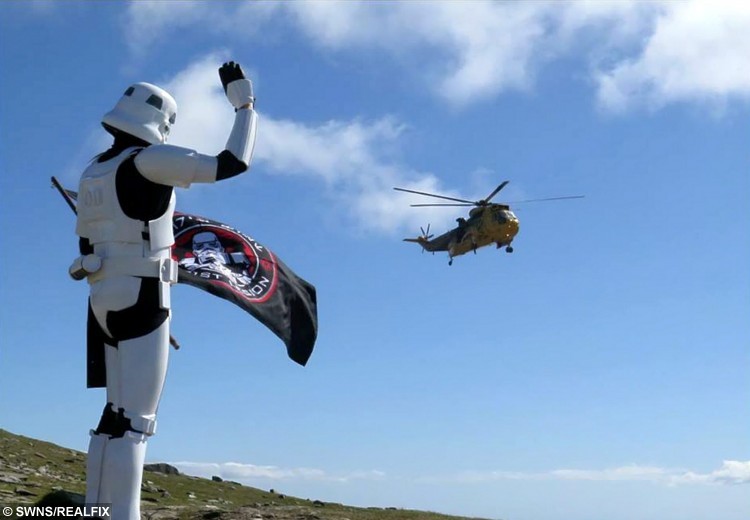 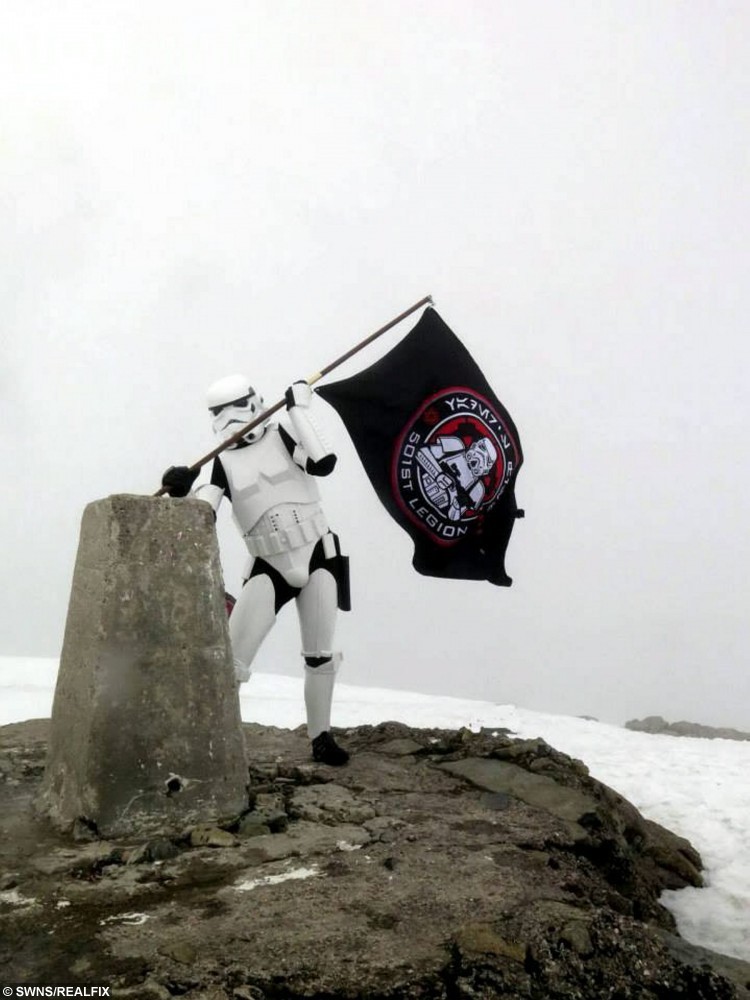 Ashley said his recent climb up Ben Nevis was a “great success” but joked that his suit “chaffed a little while climbing over boulders”.

The suit is identical to those used in the films, but he admits he was forced to compromise by swapping the costume boots for a pair of sturdy hiking shoes.

And on reaching the top of 4,406ft-high Ben Nevis he stormed the summit while waving the legion’s flag.

He said: “The suit is made of plastic and so it does creak and can be a bit restrictive on the old climbing front.

“Climbing over boulders was a bit of a challenge, but I had modified it beforehand to make the trip smoother.”

“It was a pretty great feeling reaching the top and planting the flag on the summit.

“I’ve been up a few Munros in the past but I hadn’t been up Ben Nevis before. It was a really enjoyable climb particularly because it actually has a path to follow.”

Ashley’s charity drive came about when his mum Janet was diagnosed with breast cancer after she found a lump while examining herself.

The good news is that she caught it early and that she underwent a successful operation to remove it.

Ashley added: “It was really unfortunate that my mum was diagnosed with breast cancer earlier this year, but we were lucky that it was caught early.

“She had an operation to remove the lump and thankfully it was a success and now we’re in the wait-and-see stage.

“I wanted to do the climb for her and to raise money for Cancer Research. It ended up being a complete success as we managed to raise far more than our original target.”

He previously scaled Snowdon in Wales while wearing the armour and is now preparing to strike back on Scafell Pike in England within the next year.

He added: “I had the suit on for both Snowdon and Ben Nevis, so I guess I might as well do the same for Scafell Pike.”

You can donate to Ashley’s upcoming rebellion on Scafell Pike at: Ashley’s JustGiving page 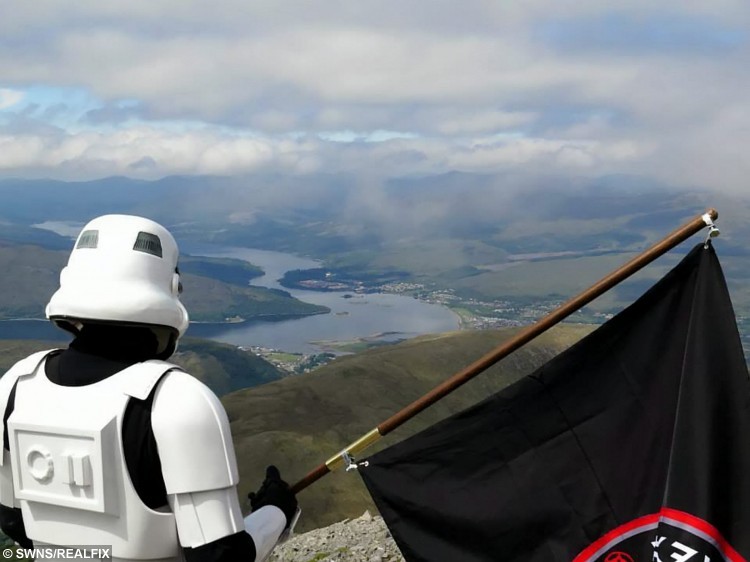 If you’re a rugby fan you’re going to think this is the best £500 ever spent!

Something remarkable happened to this touching tribute

Something remarkable happened to this touching tribute