Tenant horrified after letting agents called her a “f**king idiot”

A foul-mouthed letting agency mistakenly sent an email to an angry tenant calling her a ‘f**king idiot’ and a ‘b*tch’.

Shannon Capps was left fuming after reading the horrific emails – which a spokesperson for the lettings agent said was just “banter.”

She needed somewhere to live after taking a job at Gatwick Airport, moving down from Suffolk.

The 23-year-old found a £450-a-month room in Crawley, West Sussex, but when she arrived found it to be in a terrible state and crowded. 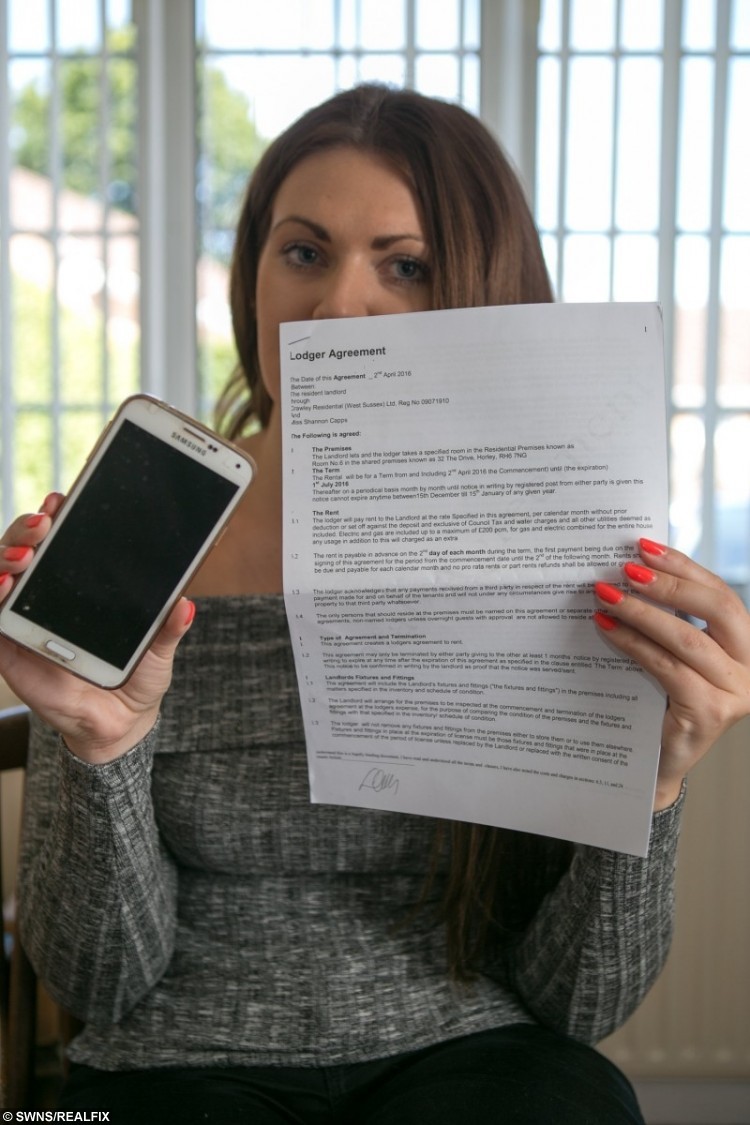 After series of emails back-and-forth with the letting agency, she sent a detailed email explaining why she wanted to terminate her contract.

But she was horrified when an internal message between staff was accidentally sent to her, describing her as a ‘f**king f**ker’.

She said: “My heart just sank. It just felt so personal.

“I couldn’t even breathe my heart was pumping so much, I couldn’t believe it.”

Another staff member had written: “Get rid of the b*tch. She’s still paying the outgoing fees. Don’t care she ain’t getting off.

“Just relet her room. F**king idiot that she is. Is she the one who phones three times a day with regard to cleaning?

“Don’t answer her. Leave her hanging she deserves it.”

Shannon thought she was letting the room through the Andrew Hunt estate agents in Crawley, but due to a mix-up, her real letting agent should have been Crawley Residentials.

But a brazen spokesperson for Andrew Hunt described the shocking emails as “banter” and tried claiming the pretty brunette shouldn’t have had access to the rude messages.

A spokesman from Andrew Hunt described Shannon’s experience as an “unfortunate incident”, adding: “She didn’t like the room, we tried to find her somewhere else.

“She phoned up every day complaining about something.

“She just didn’t want to be there.”

They also suggested that Shannon had hacked into the firm’s internal emails – something she strongly denied.

The spokesman said: “It was an internal email between two people in our department she shouldn’t have got.

“We don’t know how she got into that email. It was banter in the office.”

Staff were apparently at their “wit’s end” as Shannon had phoned every day.

Shannon, who now lives in nearby Broadfield, denies phoning every day and was appalled when she read the email.

She claimed she hadn’t been told there were seven people living in the house that she initially moved into.

The spokesman said that all the company‘s properties are well-maintained and that Shannon’s deposit was returned in full.

17 adorable dogs that are really dumb

17 adorable dogs that are really dumb