HomeBizarreEditor's PicksThe top 50 typically British traditions – how many can you relate to? 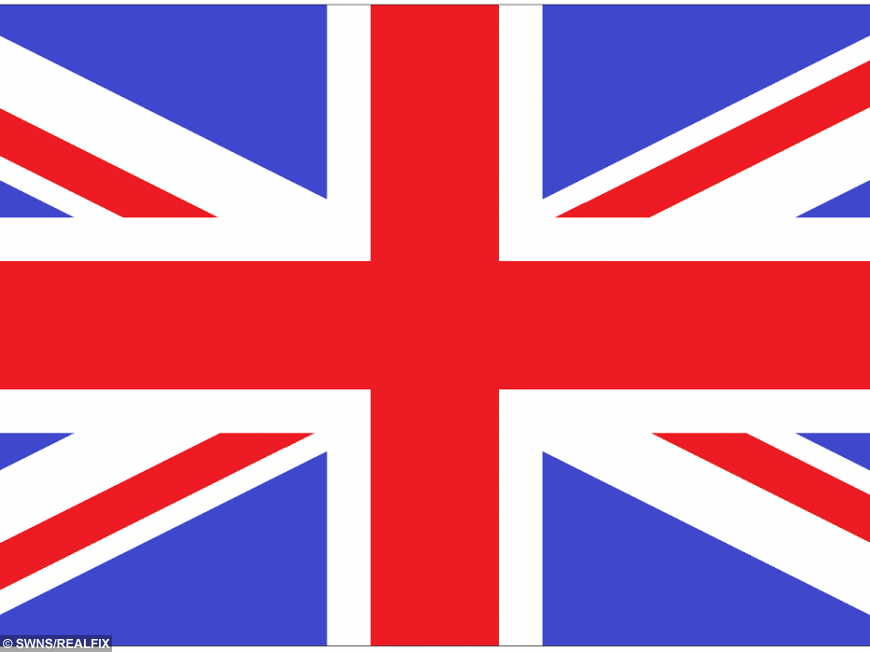 Putting the kettle on during a crisis, queuing in an orderly fashion and having an avid interest in the weather at all times have all been identified as key British traits, according to new research.

The findings emerged in a study of 2,000 UK adults, which revealed the top 50 traditions Britons are most proud of and those they still keep even when holidaying abroad.

Also featured in the list is enjoying a Sunday roast, always being overly polite and having a full English breakfast.

While other popular British customs include celebrating Guy Fawkes Night, having turkey for Christmas dinner and going to a typical English countryside pub.

Tea, unsurprisingly also came out as the most essential British trait we love to start the day with and pack in our suitcase, even when travelling abroad.

The survey was commissioned by award-winning luxury holiday provider, Sovereign, ahead of the Queen’s 90th birthday on 21 April.

A spokesman for Sovereign said: “Britain has many wonderful traditions which we as a nation are rightly proud of.

“And what better time to reveal our most favourite things about being British than in the build-up to the Queen’s landmark birthday.

“The list shows that we don’t take ourselves too seriously and aren’t afraid to acknowledge our uniquely British traits.” 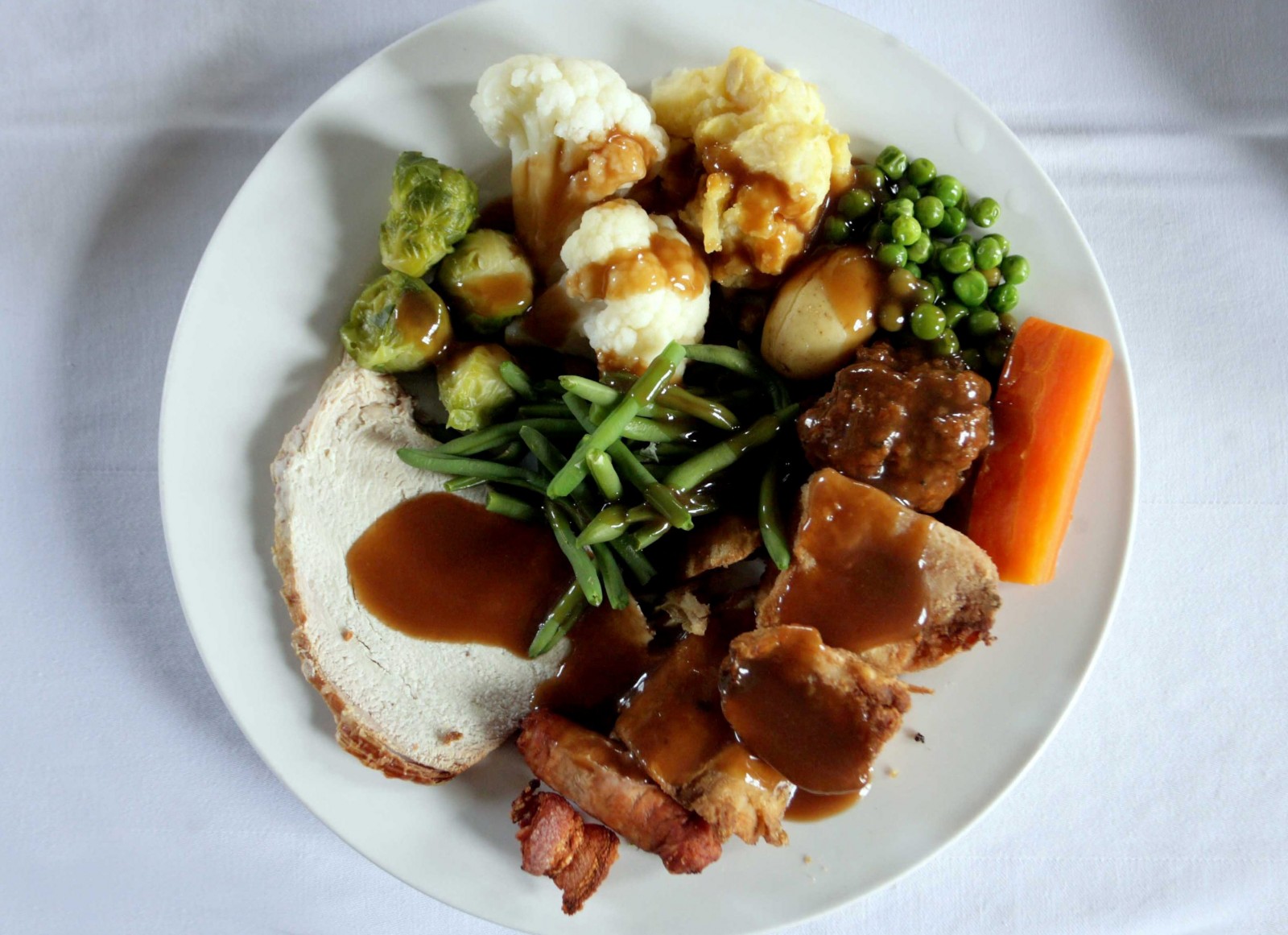 Elsewhere in the top 50, were saying sorry when you’ve done nothing wrong, adhering to rules and taking layers of clothes to the beach in case it gets cold.

Always cheering on the underdog, barbequing at the merest hint of sunshine and dunking biscuits into a cup of hot tea also appeared.

Of those polled 85 per cent said they are proud to be British – with three quarters of the nation particularly proud of its sense of humour.

More than half of respondents said the Royal Family makes them feel patriotic while half appreciate the UK’s musical legacy.

One in two Brits said they feel most proud of Great Britain when the Olympics take place and four in 10 said a royal wedding gets their emotions stirring.

And over a third of people said they feel patriotic during Wimbledon and when meeting people from the rest of the world.

Seven in 10 adults said they try to uphold traditional British customs in their households such as being polite and marking Remembrance Day.

And three in five of those surveyed said they typically enjoy traditional British cuisine like fish and chips and Sunday dinner above any other.

Indeed 46 per cent of Brits admit they struggle when abroad to drop national quirks or routines.

Four in 10 said they still start the day with a cup of tea when out of the country and a quarter stick to speaking English – while just under one in four watch or search for British TV.

In fact tea is what UK adults think Britain does best or has the best of – followed by history and comedy.

1. Eating a traditional roast dinner on a Sunday
2. Putting the kettle on in a crisis
3. Eating a full English breakfast
4. The ability to queue nicely 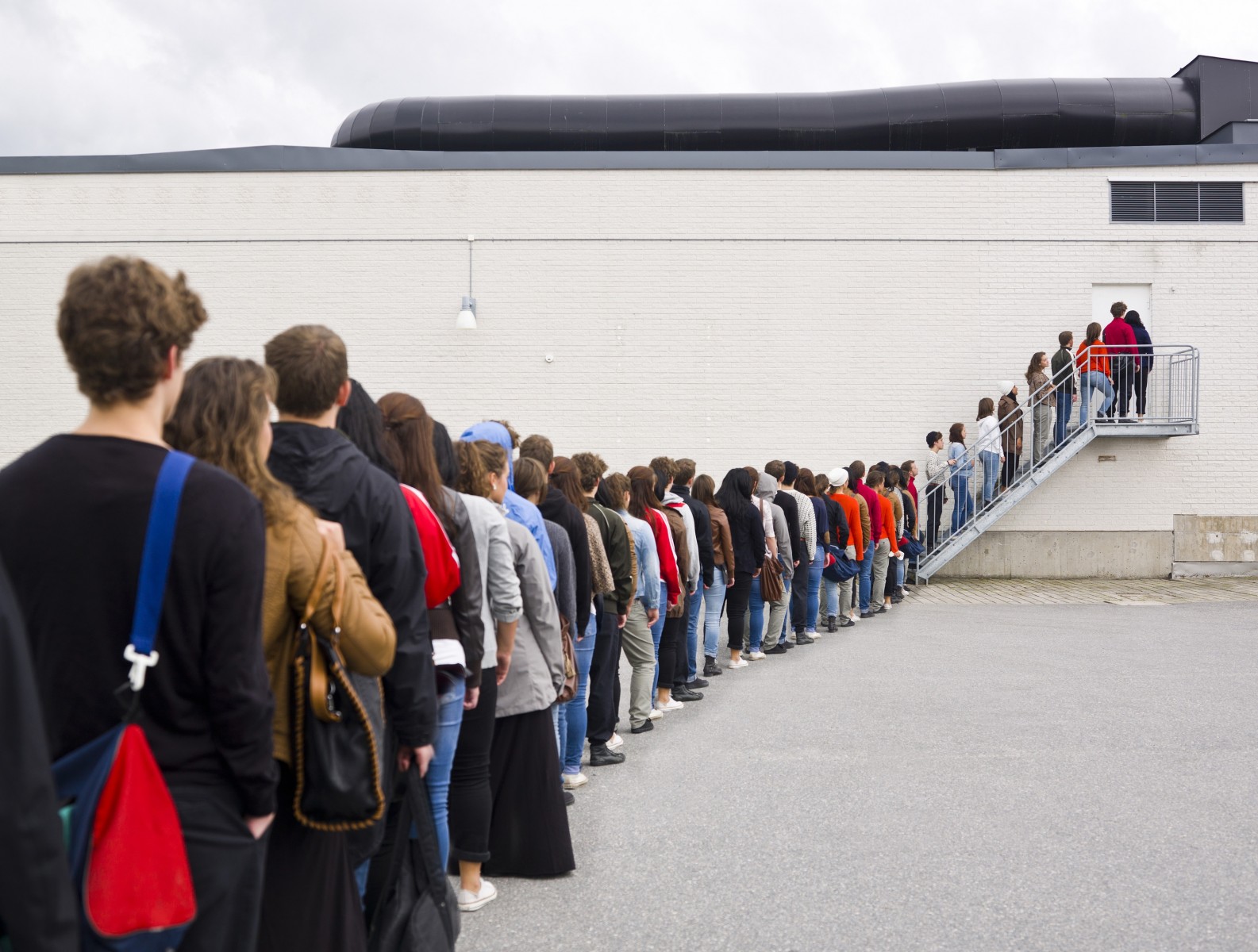 5. Cheering on the underdog
6. Going to the pub
7. Guy Fawkes night
8. Eating turkey on Christmas Day
9. Having an avid interest in the weather at all time
10. Being overly polite in every eventuality 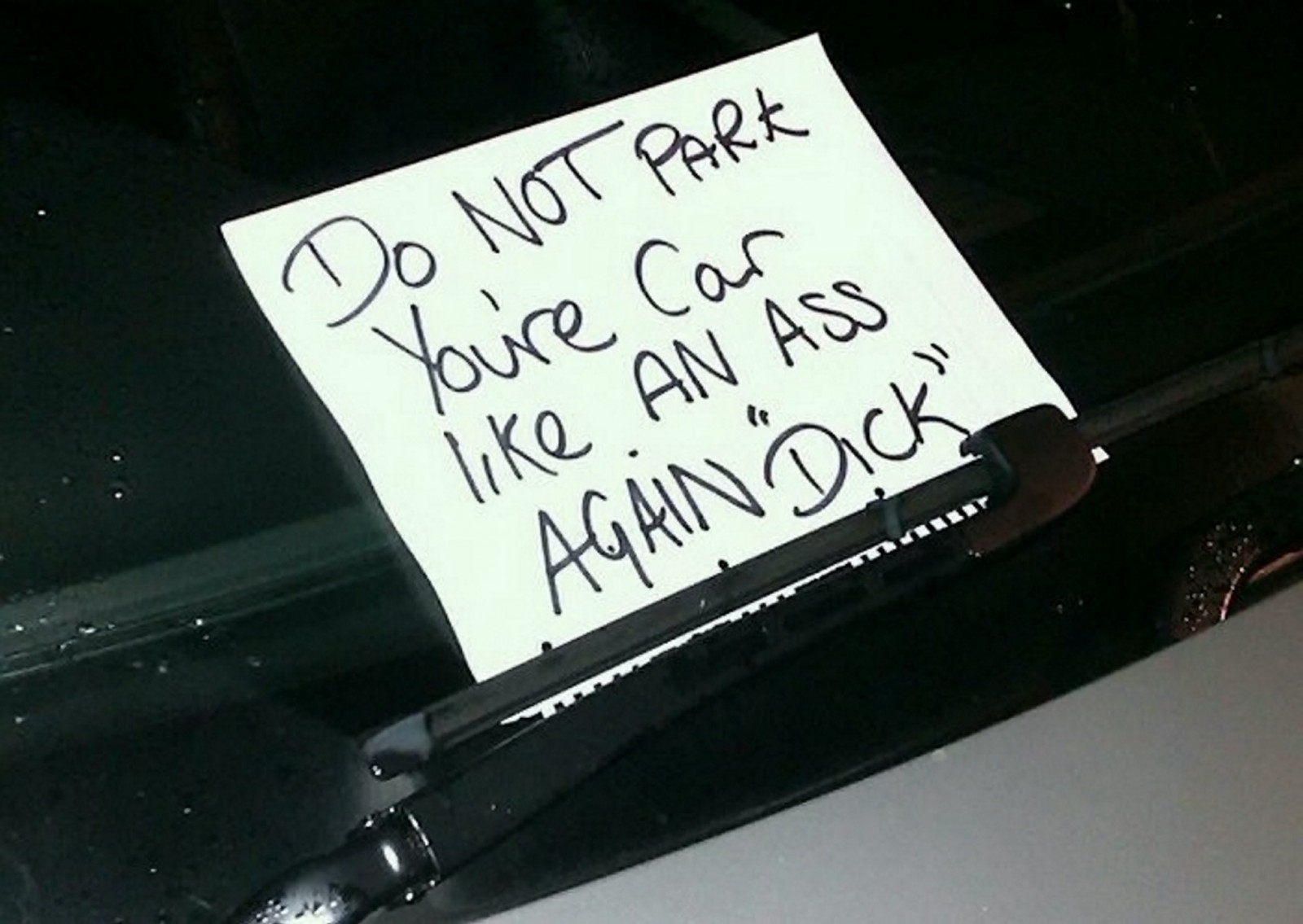 But sometimes only a passive aggressive note will do 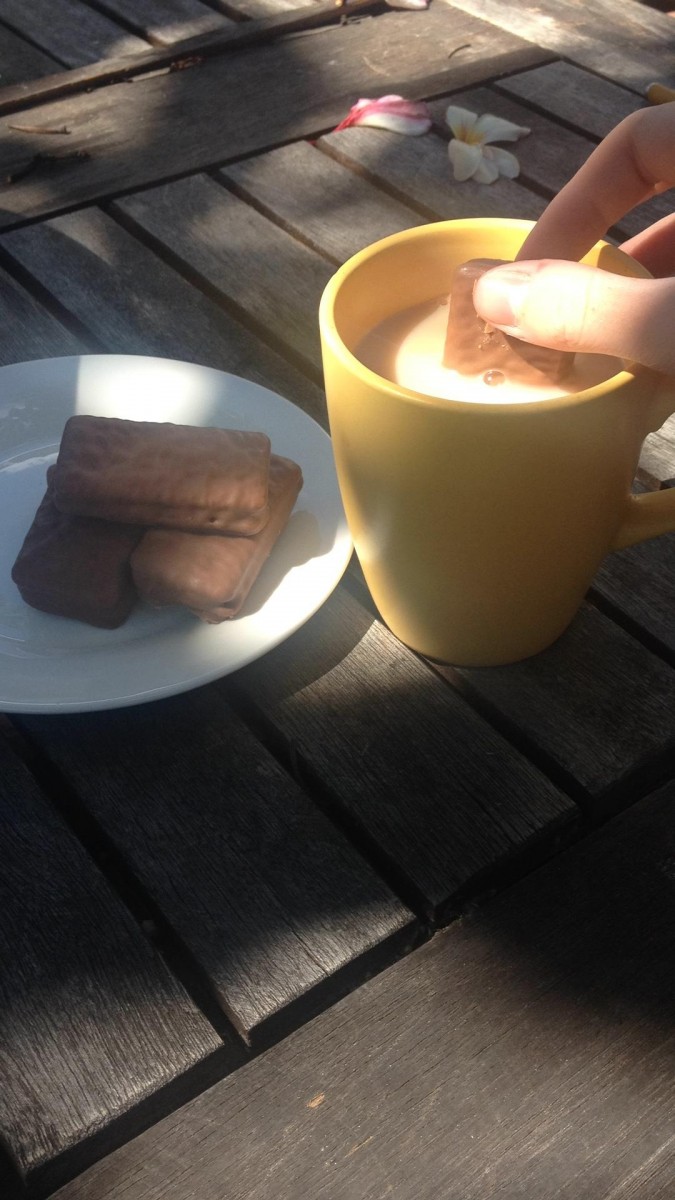 How biscuits *should* be eaten

16. Checking the local weather report before travelling anywhere
17. The sending and receiving of greetings cards
18. Adhering to rules (following the arrows the correct way round the car park, for example)
19. Being proud of your garden
20. Enjoying a cream tea in Devon 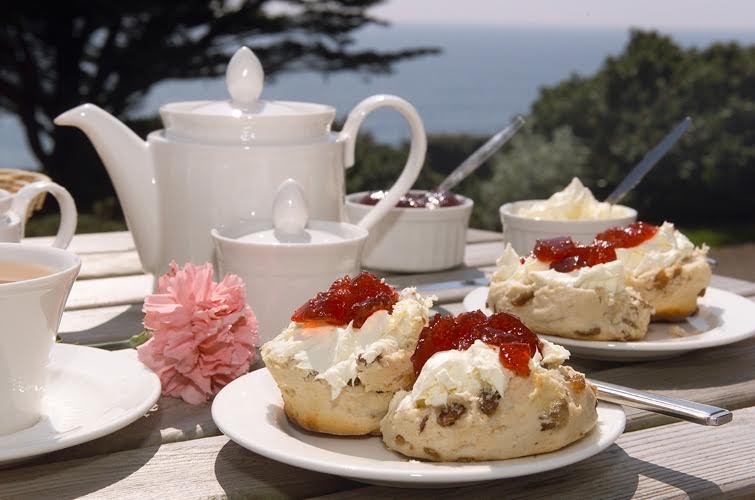 Glass of Prosecco on the side: optional

22. The Changing of the Guard at Buckingham Palace

25. Getting the strawberries and cream out to watch Wimbledon 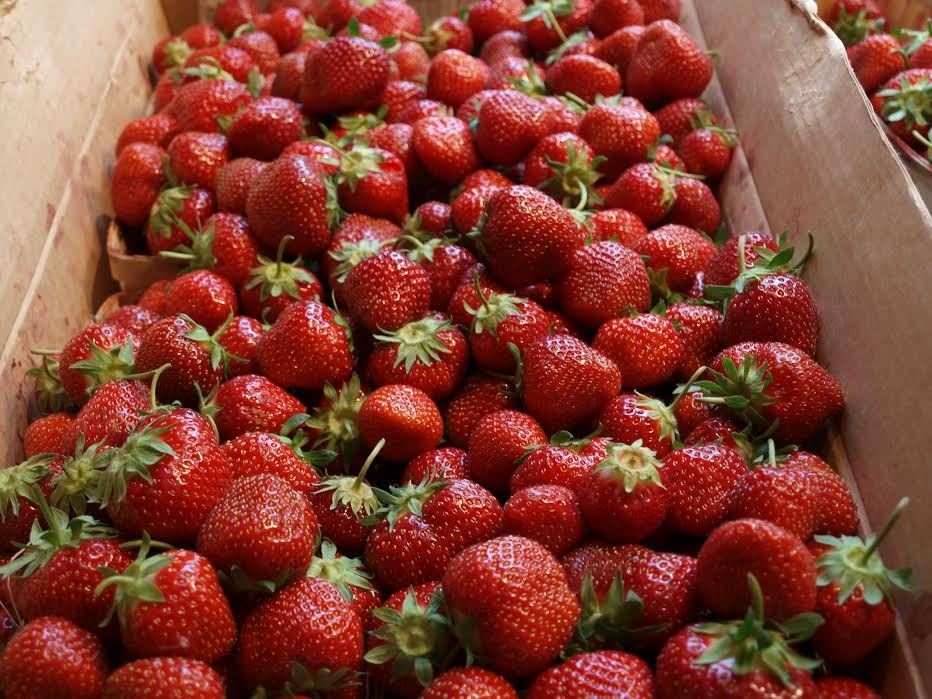 SO much better  when dolloped in cream

26. Keeping a stiff upper lip at all times
27. Visiting Pantomime at Christmas
28. Always taking an umbrella down before you get indoors 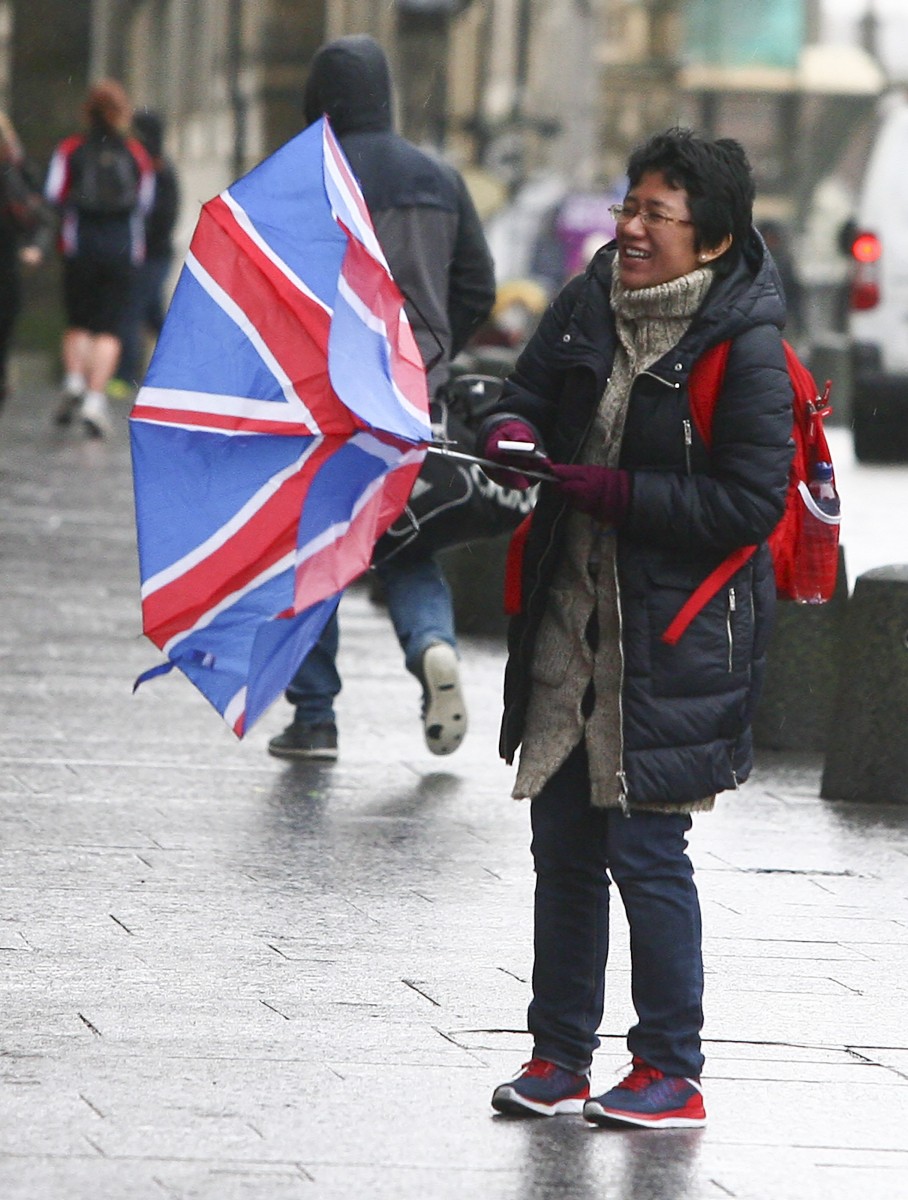 … Or letting the weather do it for you

29. Considering meat and two veg as the staple parts of a main meal
30. Trying to catch the very last rays of sun on a summer’s day
31. Tutting or sighing loudly if someone jumps a queue, but not doing anything about it
32. Barbequing at the first hint of sunshine 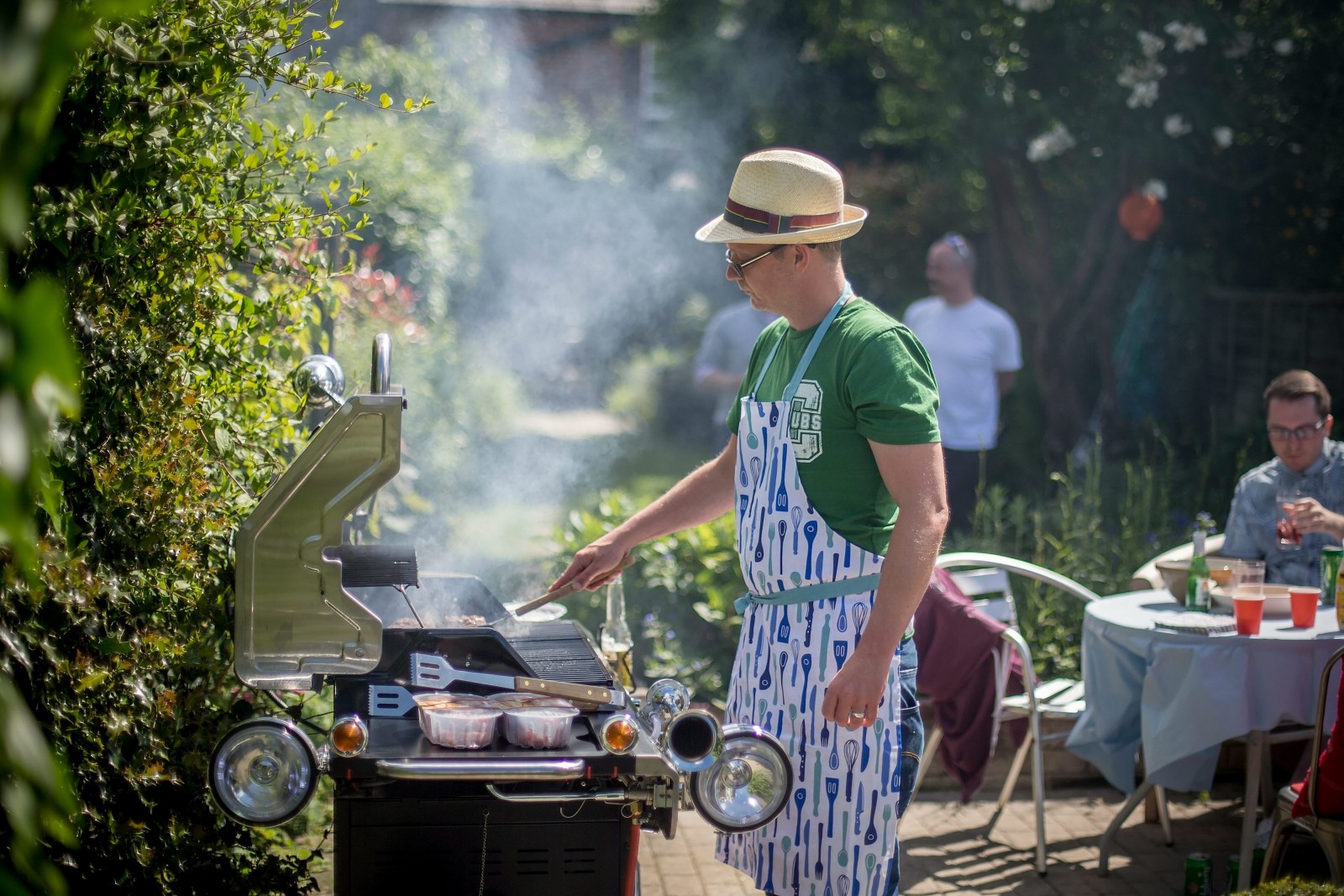 34. Taking layers of clothing to the beach, just in case it’s cold or the sun goes in when you get there

35. Hailing the BBC as the best thing on television

36. Moving around the garden to catch the sun rays through the day 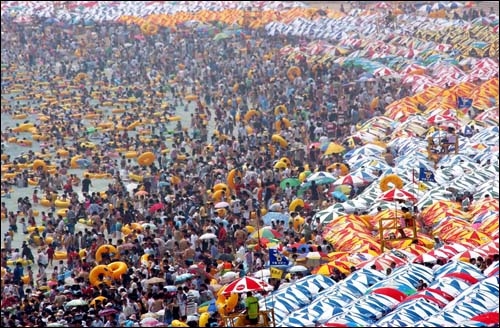 37. Playing conkers in the playground
38. Doing a spot of gardening on a bank holiday
39. Reading the newspapers in the morning
40. Drinking cider in Somerset 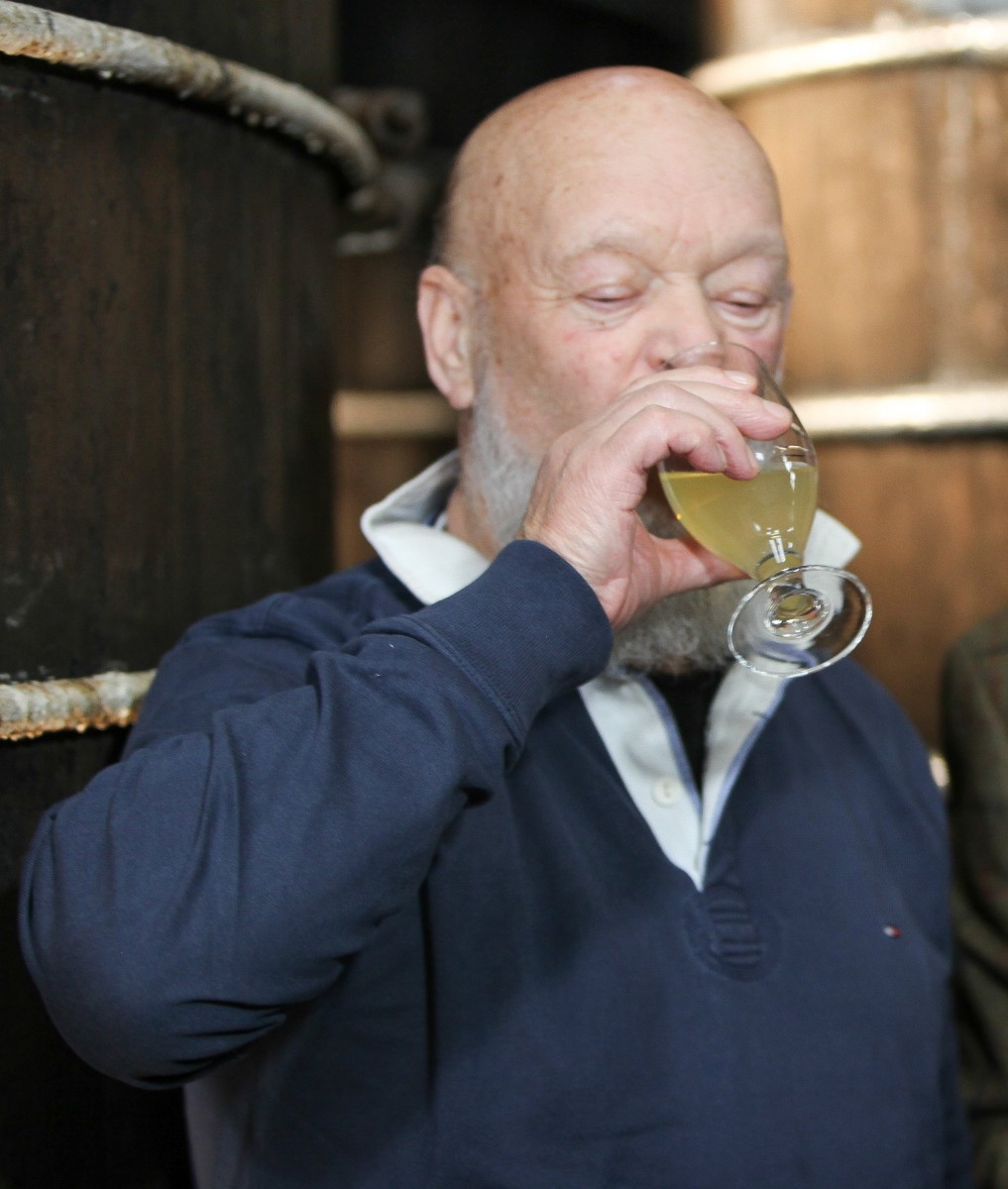 41. Doing DIY on a bank holiday weekend
42. Arguing about politics
43. Instinctively wanting to go the pub on a sunny day
44. Travelling by black cabs or red buses in London
45. Morris Dancing 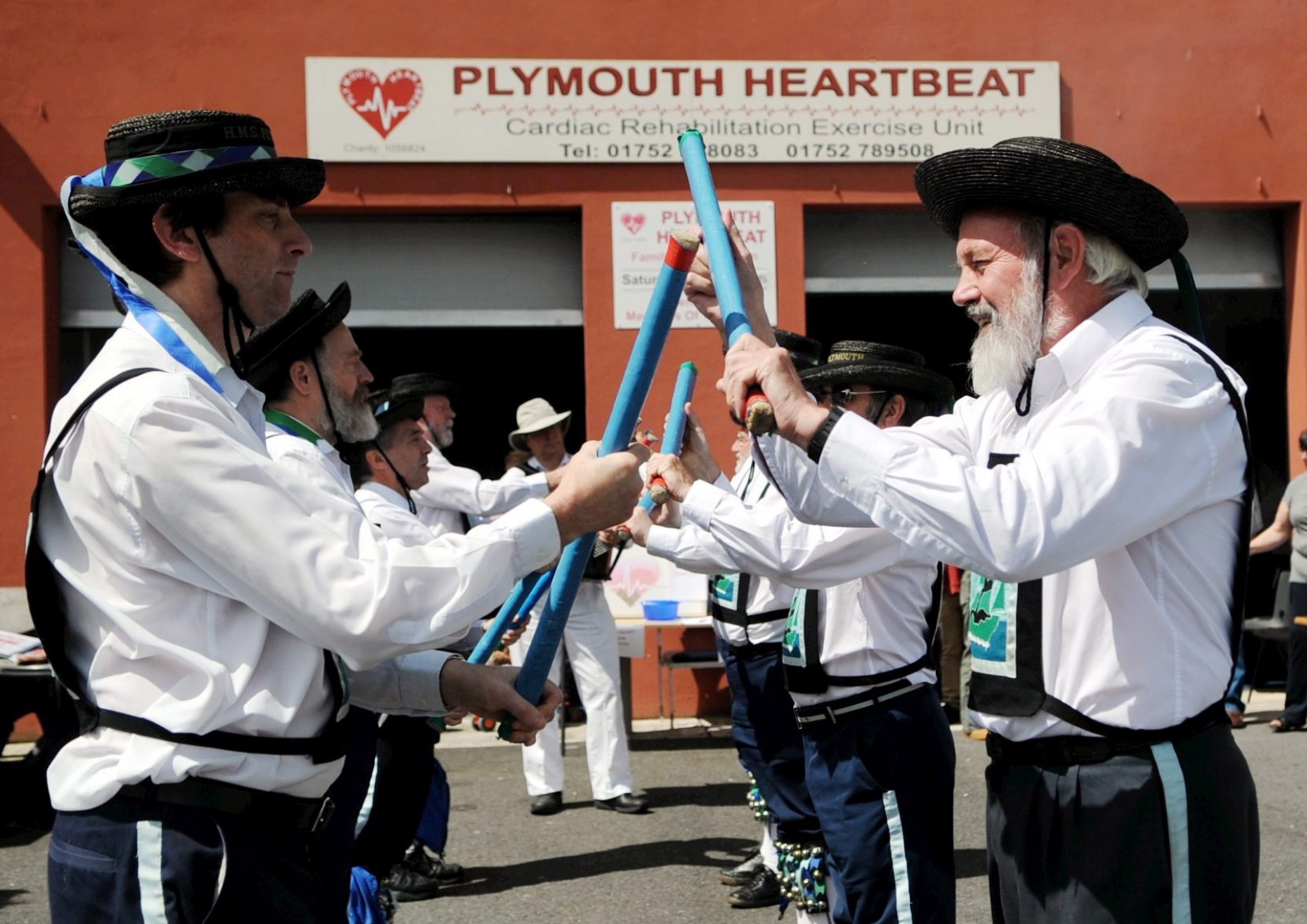 46. Flocking to the beach as soon as the temperature rises
47. Having a strong opinion about whether you put the milk in before the tea & hot water, or vice versa
48. Refusing to complain about bad service
49. Maypole dancing to celebrate May Day
50. Obsessing about the traffic 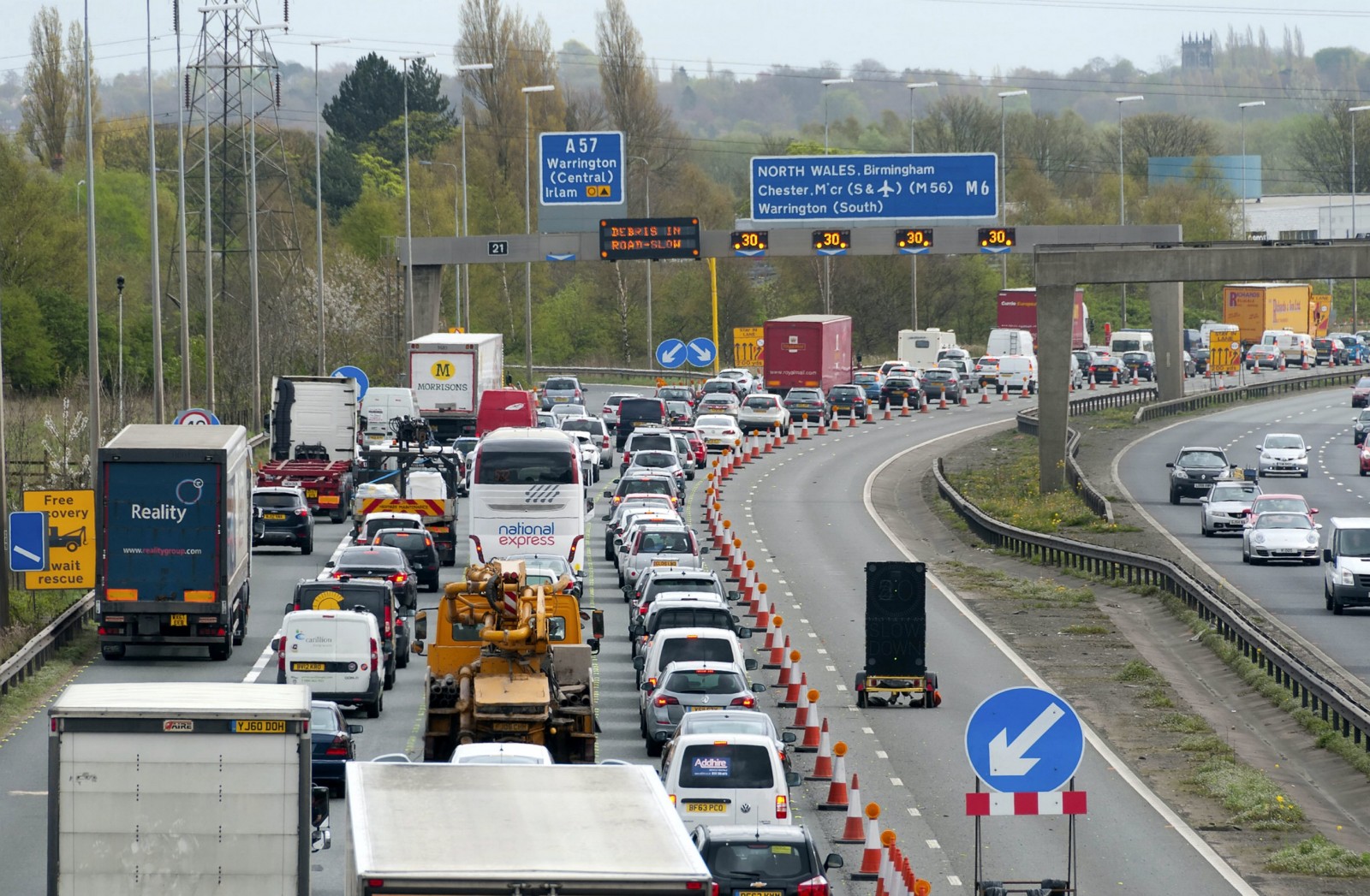 Guaranteed to make even the jolliest Brit grumpy. And breathe…

« Previous post Snap, crackle, and pop... art - woman creates amazing edible designs out of Rice Krispies
Next article » This CUTE Bulldog has miraculously become the mother to a litter of 14 adorable puppies