This adorable border collie puppy is twice as cute – after it was born with TWO noses.

Five-week-old Pua, named after a pig in Disney film Moana, has to be bottle fed every two hours as he cannot suckle.

The blue merle collie, who was born to mum Willow and has two brothers and four sisters, has been rapidly socialised due to the amount of human contact he has had. 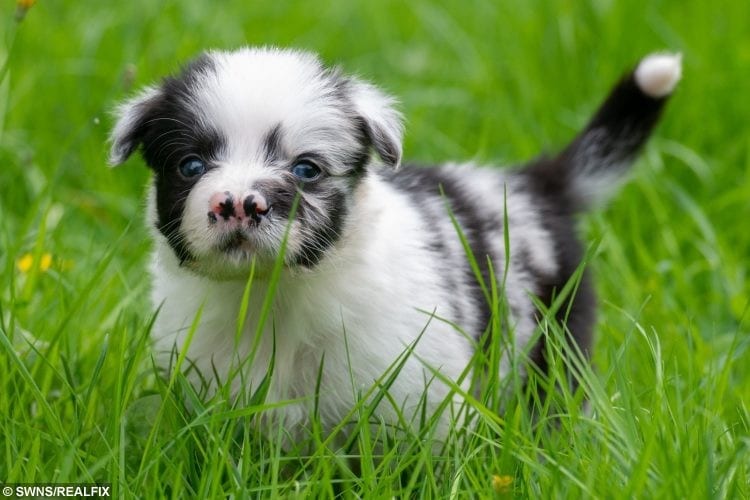 Jessica Wheatley, 45, bred Willow as she loves having puppies in the house in Gonshall, Surrey.

The mother-of-four takes turns getting up in the night with eldest daughter Katie, 16, to feed Pua with a bottle.

Jessica said: “I’ve been breeding puppies for 14 years and I’ve never seen one like this before.

“I’m a hobby breeder and a stay-at-home mum, so I can look after them.

“I’ve been bottle feeding Pua daily every two hours, which means setting a lot of alarms.

“I do everything that I can for my puppies.

“It is very important to me that they are healthy and their temperament is good.” 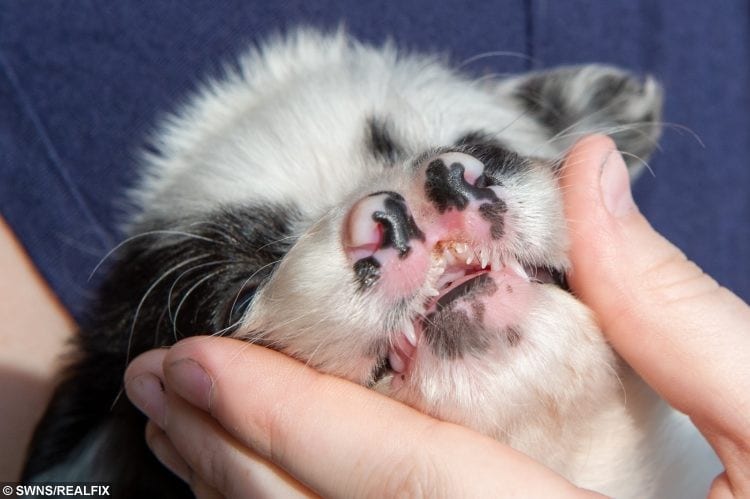 When Pua is old enough he will need to have a minor operation to remove some teeth.

Jessica added: “We noticed straight away that Pua’s nose was deformed.

“Within an hour of him being born, I was able to pick him up and check him over.

“It was just a little line between his nostrils.

“As I checked it, it became more obvious.

“His nose was pink but now there is black pigment coming through.”

She described the deformity as “like a hair lip”, with a cleft between his teeth.

“There’s a cleft in his top jaw and teeth and the teeth are growing towards each other,” Jessica said.

“He’s too small for operations at the moment.”

Unusually, the deformity is considered desirable in some cultures, with some breeds including Double-Nosed Andean Tiger Hounds designed to have two noses.

Jessica added: “The people at the vets said they had seen cleft palates but nothing like the nose before.

“It is not very common.”

The family, including Jessica’s husband Gavin, 48, are unsure whether they will be able to keep Pua, and hope he finds a loving owner.

She said: “It is really good for the puppies, to socialise them.

“All the puppies rush to Willow to feed, but Pua rushes over to us.

While researching the condition, Jessica discovered that there were a couple of breeds of dog which also have two noses.

“People thought they made better hunters,” she said.

“It is ridiculous but if you look back hundreds of years that’s what people thought.”

Last year the blue merle border collies which are more unusual sold for £750, while the rest sold for £550.

Jessica added: “If we can’t find an excellent home for Pua, we’ll have to keep him.

“He’s healthy but he’s going to need some procedures.

“They could operate to fix his lip and nose together but that’s purely cosmetic, and a couple of things he needs which are necessary.

“The puppies are lovely and I adore breeding, and seeing them go off to new homes, knowing that they’re bringing joy to someone else.”