This giant egg was hiding an amazing secret

Super size hen egg from a Light Sussex hen belonging to Emma Postlethwaite. A mum-of-two was shocked to find a giant egg in her chicken coop when she went to collect the morning's eggs. See NTI story NTIEGG. A whopping 5.9 oz egg was laid by Emma Postlethwaite's light Sussex hen. And in fact, it was so big, the giant egg actually had another egg inside it. Emma found the 167g egg in the coop among all the other eggs, it clearly stood out.

This is the egg-straordinary moment a mum-of-two’s brain was scrambled when she cracked open a giant egg to reveal another fully-formed one inside.

Emma Postlethwaite, 33, was stunned when she found the enormous 167g (5.9oz) egg which was laid by her hen Wendy.

The secondary school teacher filmed the moment she cracked the egg open only to find another standard-size egg inside.

In the incredible 45-second video, Emma can be heard saying: “Oh, it’s another egg. It’s like a Russian doll.”

She then cracks open the smaller egg, which also has a yolk and white inside, as her two-year-old son Austin points at the pan and says: “Egg”. 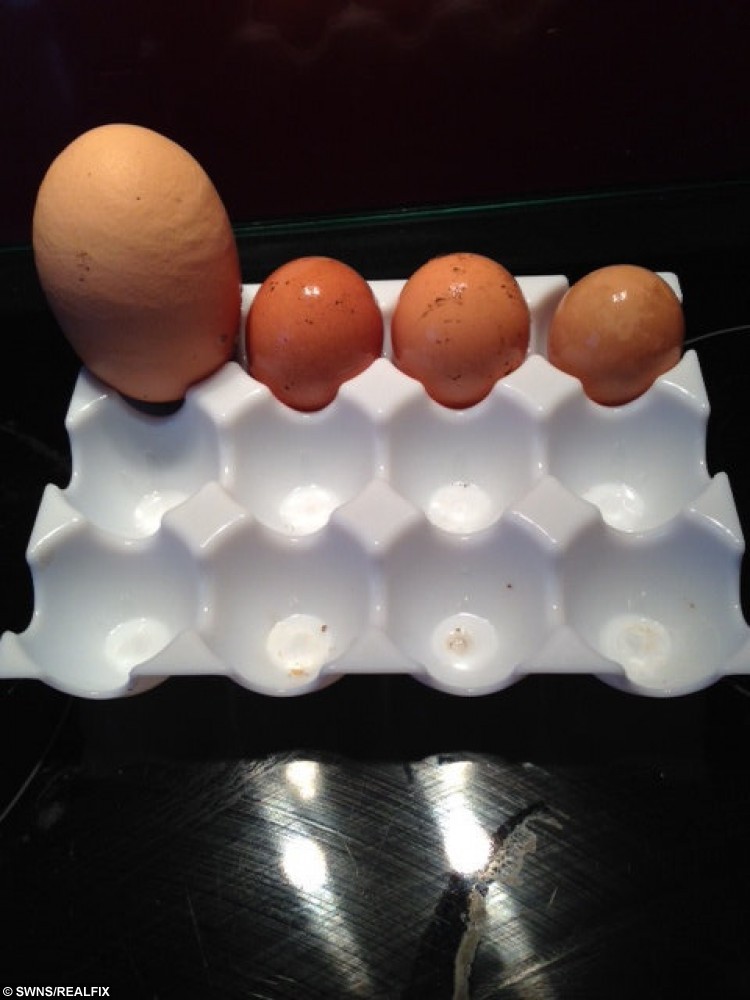 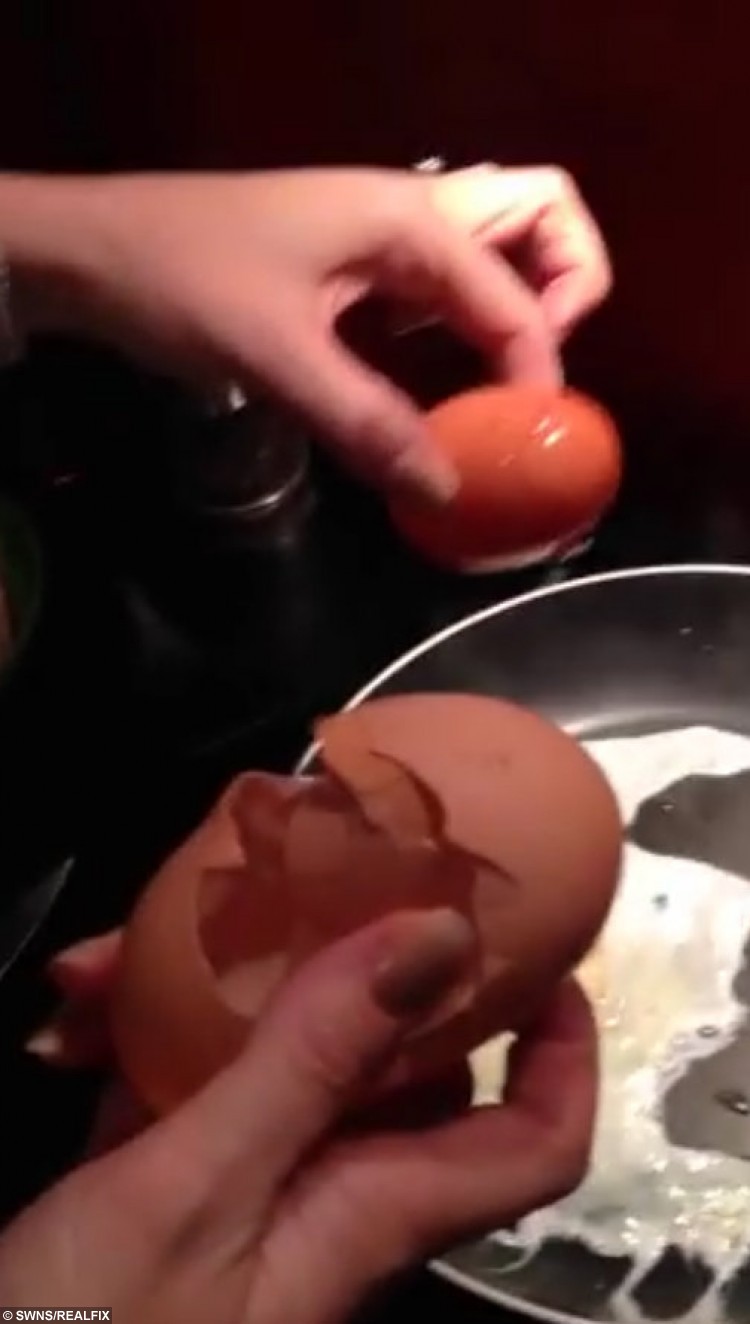 The mum-of-two also pops both eggs in the frying pan as her husband Damien, 34, who filmed the video, says: “An egg inside an egg. There you go.”

Emma, who lives with IT consultant Damien and their two sons, Austin and four-month-old Henry, in Stoke-on-Trent, Staffs., uploaded the video to her Facebook page on Thursday evening where it has now been viewed 5,700 times.

She said: “We have four hens which we bought back in October. We keep them in the garden and eat the eggs they lay.

“The big egg was laid by Wendy. She’s an eight-month old Sussex hen.

“I opened the coop and saw it, it was just huge, I just couldn’t believe how big it was.”

“I have not seen anything like this, I did not know it could happen really.

“Austin loves the hens, he goes out and feeds them with mealworms and corn.

“When he saw the egg he was so excited, he kept pointing at it and saying ‘egg’ over and over again.

“The reaction has been one of amazement.”

The extremely rare occurence is known as a counter-peristalsis contraction and is caused when the hen is in the process of forming an egg in her oviduct and another oocyte – the ovum or egg cell that becomes the yolk of the egg – is released too soon.

Usually hens release an egg cell every 18 to 26 hours but sometimes a second one is released by the ovary before the first egg has completed its journey.

It is thought that a shock or stress then causes a contraction which forces the first egg to reverse its course meaning the two come together and the shell from the second egg creates a giant egg around the first one.

The phenomenon has been mentioned as far back as 1250 AD by the Dominican friar and polymath Albertus Magnus in his book De Animalibus.