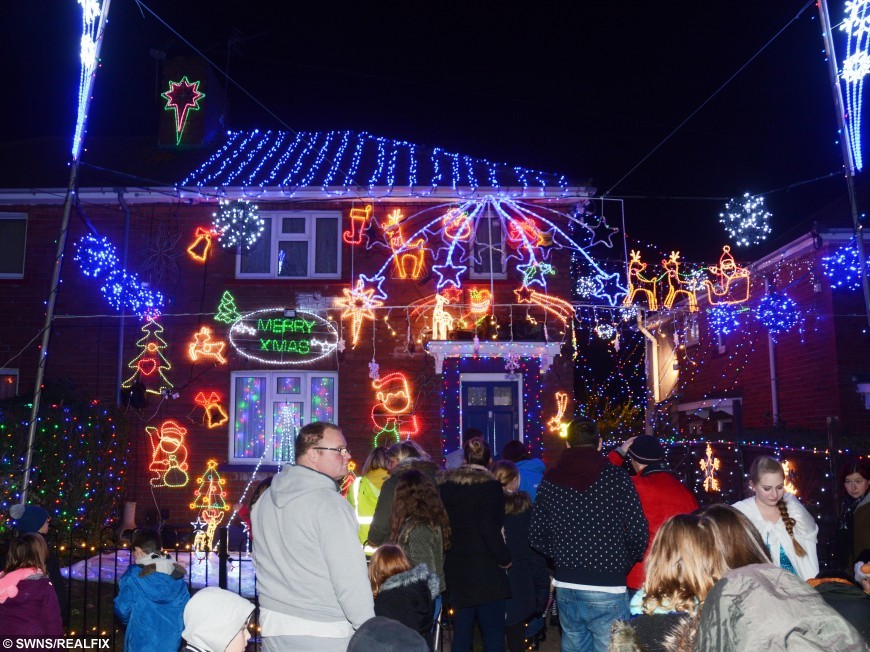 It might still be November but this house has already gone Christmas crazy – after being covered in 4,000 fairy lights.

The care assistant – who strings up 1,700 lights on the roof alone – reckons the illuminations cost £10,000 to buy, with the electricity bill coming to £10 a day.

He is so proud of the display, which takes two months to set up, he hosted an official lights switch-on ceremony for his neighbours in Knowle, Bristol, on Saturday. 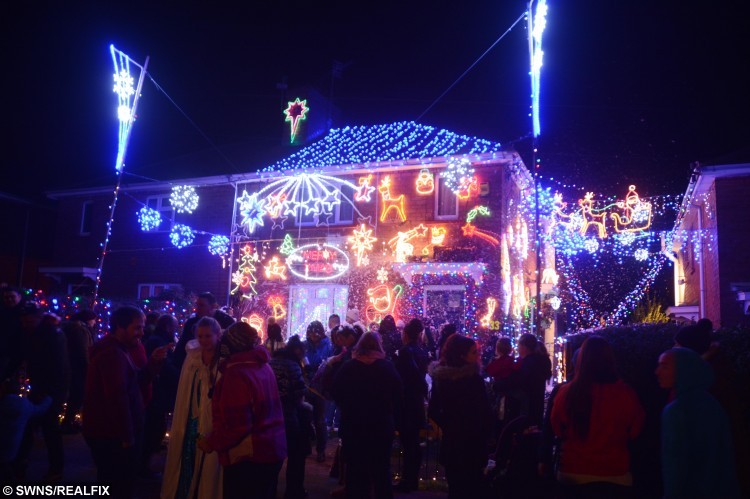 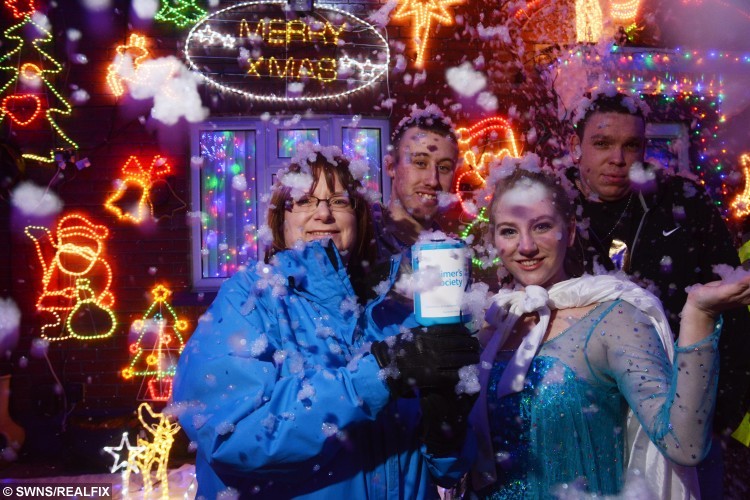 Stuart and his partner Shaun

Stuart said: “I love Christmas, I think I love it more than the kids.

“I get excited every year and I start putting the lights on my house in September.

“I like to get the roof done before it gets wet and cold.

“No one ever said they don’t like them. I grew up in Swindon and we always decorated my mum and dad’s house, so when I moved here I just carried on doing it.

“And when I see new ones that I like, I don’t even think about the money, I just buy them.”

Stuart starts with the roof, before turning to the rest of the outside of his home, hanging swinging bells, bright stars and endless strings of fairy lights.

This is the third year he has illuminated the house, and plans to keep them up until the first week of January. 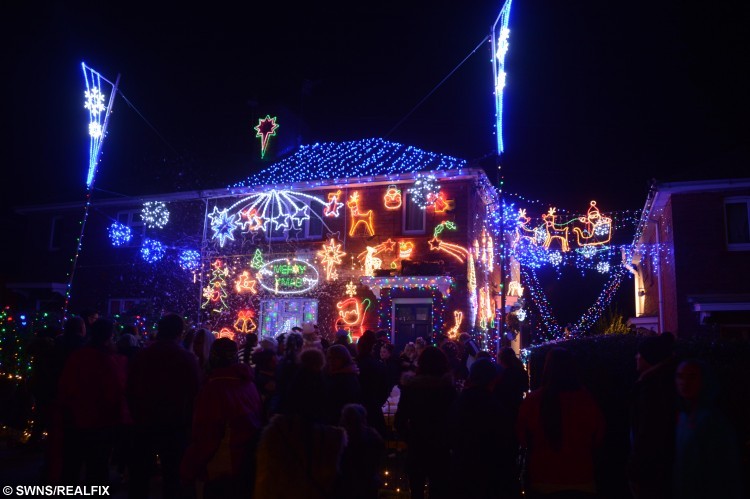 This year he is collecting donations for the Alzheimer’s Society, asking passers-by for contributions and he hopes to raise more than £1,000.

A party was held on Saturday to turn the lights on, with fireworks, facepainting and mince pies.

Stuart lives with his partner Shaun, who is slightly less enthusiast about Christmas but doesn’t mind his home being turned into a giant glowing beacon once a year.

Shaun said: “It makes me happy so it makes him happy. I think he is a bit less into it than I am though.”

“We do decorate [inside the house] but we couldn’t handle that amount of flashing lights inside so we tone it down a bit.”