This one in a MINION festive extravaganza makes us very HAPPY!

Andy McNab from Becontree, East London, turned on his Minions themed Christmas lights today with the help from Eastenders actor, Jamie Borthwick. The lights which stretch across 5 different houses drew large crowds from the local area. See SWNS story SWMINION - A Dagenham granddad has covered six houses in thousands of lights and pictures to make an awesome festive display of Minions - despite NEVER seeing the film.

A grandfather covered six houses in thousands of lights to put on a Minion-themed Christmas display – despite NEVER seeing the films.

Dedicated Andy McNab spent weeks putting up more than 35,000 lights on his home and his five neighbours’ to turn the entire block of terraced houses into a festive extravaganza dedicated to the mischievous characters.

Andy, 48, even put wooden characters in the front gardens of the homes to recreate the Despicable Me series of mega-popular films – which he admits he hasn’t seen.

Grandfather-of-five Andy switched on the lights for the first time on Tuesday evening with EastEnders star Jamie Borthwick – in front of a crowd of more than 800 people who turned up to see the impressive display.

Andy, a fire and flood technician, said: “Last year was bigger than I ever anticipated so we started putting the ball in motion for this year in August.

“The whole family have been so helpful, it was amazing the way we all mucked in.

“I’m pleased that it all went well and there weren’t any problems.”

Up to 35,000 lights were used to create the Minion scene and a projector screened the film onto the wall of one of the houses, turning the entire row of houses into ‘evil’ Gru’s lair.

The granddad, from Dagenham, east London, stunned crowds last year when he decked out their houses with a Frozen display which raised £14,000 for charity. 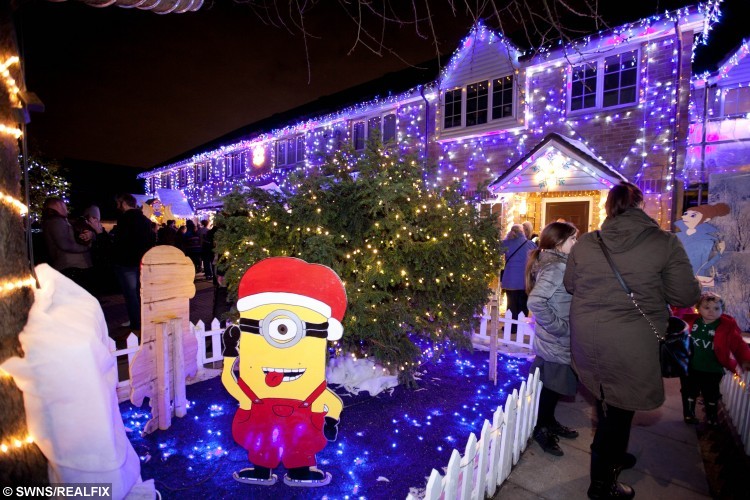 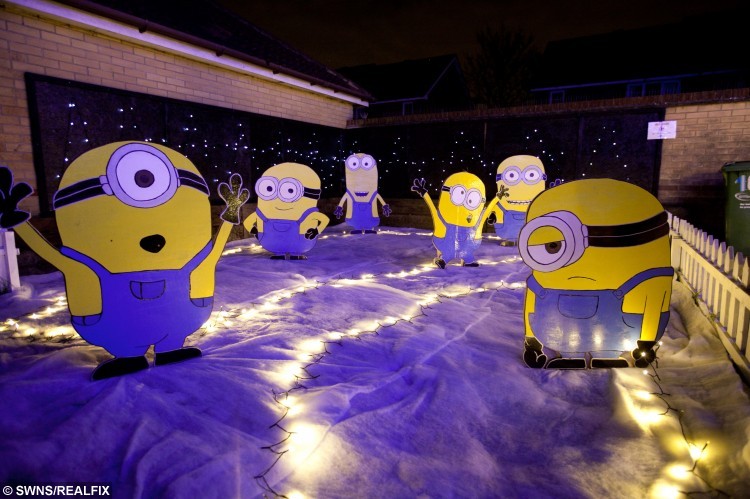 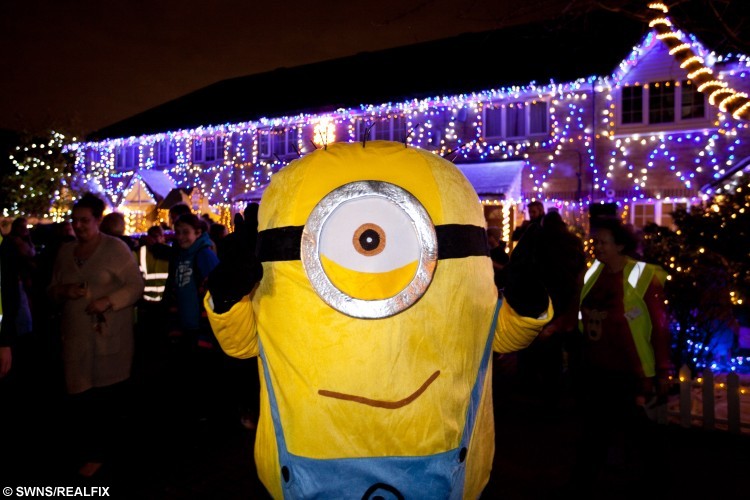 He is hoping to raise even more this year for the Children’s Burns Club, with the support of the Dagenham fire station.

Andy used to build lights displays for his five children, who are now in their late 20s, when they were young, but stopped 12 years ago when they lost interest.

Now that he has grandchildren, he decided to put up a display for them, and roped-in his neighbours in the row of six houses on his street.

Andy researched the film online to create scenes and started building, with the help of family members who had seen it, more than two months ago.

Andy said: “Last year was the first time in 12 years that I’ve done a lights display, the kids grew up and weren’t interested any more so I stopped.

“But the grandkids are big fans though, so this year we decided to do the Minion theme.

“We normally stick to Disney films, like last year with Frozen, but the grandkids didn’t like anything that came out this year.”

The lights, on Lowry Road, Dagenham, will be on every evening from 5-10pm until January 1. 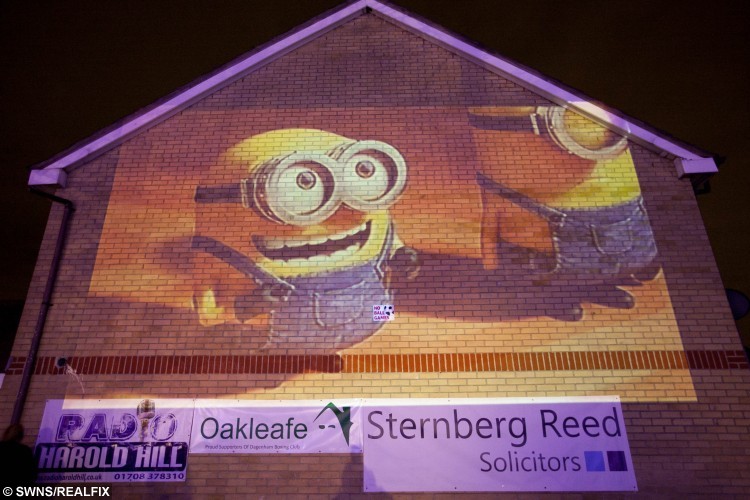 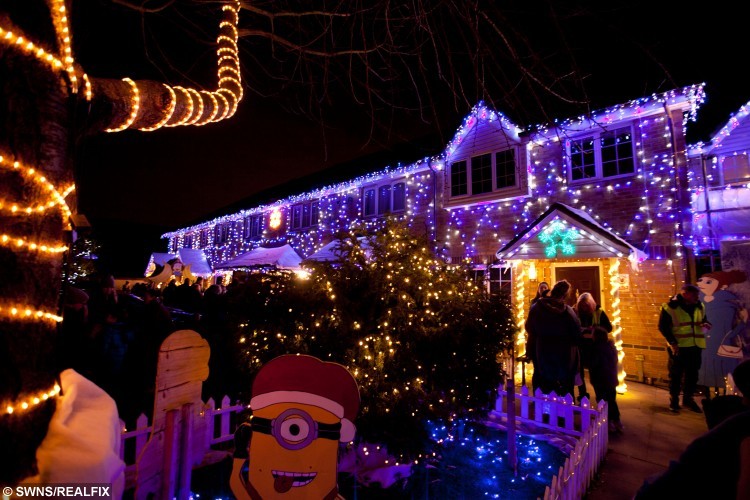 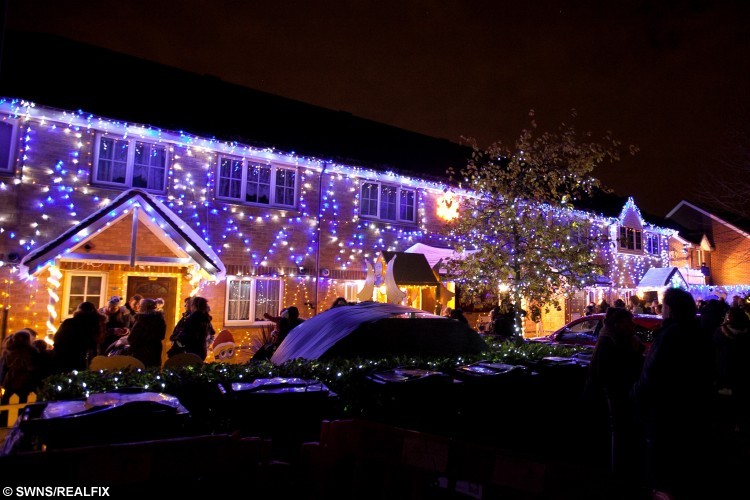