Arthur Boyt from Camelford, Cornwall, who will be making his Christmas dinner using a dolphin he found on the beach. See SWNS story SWDOLPHIN; A man famous for eating roadkill is planning some-fin different for his Christmas lunch - a DOLPHIN he found on the beach. Eccentric Arthur Boyt (corr), 76, has spent years dining on dead animals he salvages from roads including weasels, hedgehogs, squirrels, and otters. He scoops up the flattened carcasses before taking them home and turning them into meals or freezing them for later. Last Christmas he tucked into badger casserole but this year he is preparing cooked common DOLPHIN.

A man famous for eating roadkill is planning some-fin different for his Christmas lunch – a DOLPHIN he found on the beach.

Eccentric Arthur Boyt, 76, has spent years dining on dead animals he salvages from roads including weasels, hedgehogs, squirrels, and otters.

He scoops up the flattened carcasses before taking them home and turning them into meals or freezing them for later.

Last Christmas he tucked into badger casserole but this year he is preparing cooked common DOLPHIN.

Arthur says he found one washed up dead on a beach near his home in Davidstow, Cornwall.

But it could land him in trouble with the Queen – experts say all dolphins found on Britain’s coast belong to the CROWN.

The retired biologist said the marine mammal tastes so “delicious” he’s already eaten some of it along with a SEAL he found in the same spot.

Married Arthur said: “This will even be a first for me eating dolphin on Christmas Day.

“When I found the dolphin on the beach I collected what meat joints I could and I kept them in the freezer for special occasions such as Christmas. It tastes so delicious.

“The great thing about roadkill is that you are getting meat without the guilt of killing an animal or having one killed on your behalf.

“It’s a situation much more in keeping with the spirit of Christmas.”

But Danny Groves, a spokesman for the Whales & Dolphin Conservation, said eating dolphin found on a beach is a crime.

He said: “Whales and dolphins are not public property – they belong to the Crown. If they do get washed up they should be removed by local authority.

“A washed up dolphin or whale could be riddled with disease so anyone eating the animal is putting themselves at serious risk.

”In the UK whales and dolphins (and porpoises) are classed as ‘Royal fish’. Essentially when they strand they are the property of the Crown.

“They should not be removed by members of the public. Even if that were not the case, it is a very unwise thing to eat dead whales or dolphins that wash up on the shore.

“They can carry diseases which are transferable to humans, and are usually taken away by local authorities to be buried in landfill.

“Long term independent studies of children in the Faroe Islands where the meat is consumed have directly linked neurological delays, cardiovascular problems and other development problems to their mothers pre-natal consumption of the whale meat.

“Anyone who does come across a dead whale or dolphins should contact the UK Strandings Hotline rather than take the carcass home and eat it.”

Abby Crossby, a spokesman for Marine Stranded Network Trust, said: “To remove any stranded animal requires a licence to be issued by the Marine Management Organisation.

“In addition to dolphins, these are protected species and there are laws in place to prevent the public from interfering with them – whether they are dead or alive.

“We would not recommend these practices, not only for legal reasons, but for the factors of pollutant and disease risks as well.”

But a spokesman for Defra said a law may only have been broken if Arthur had transported the dolphin. 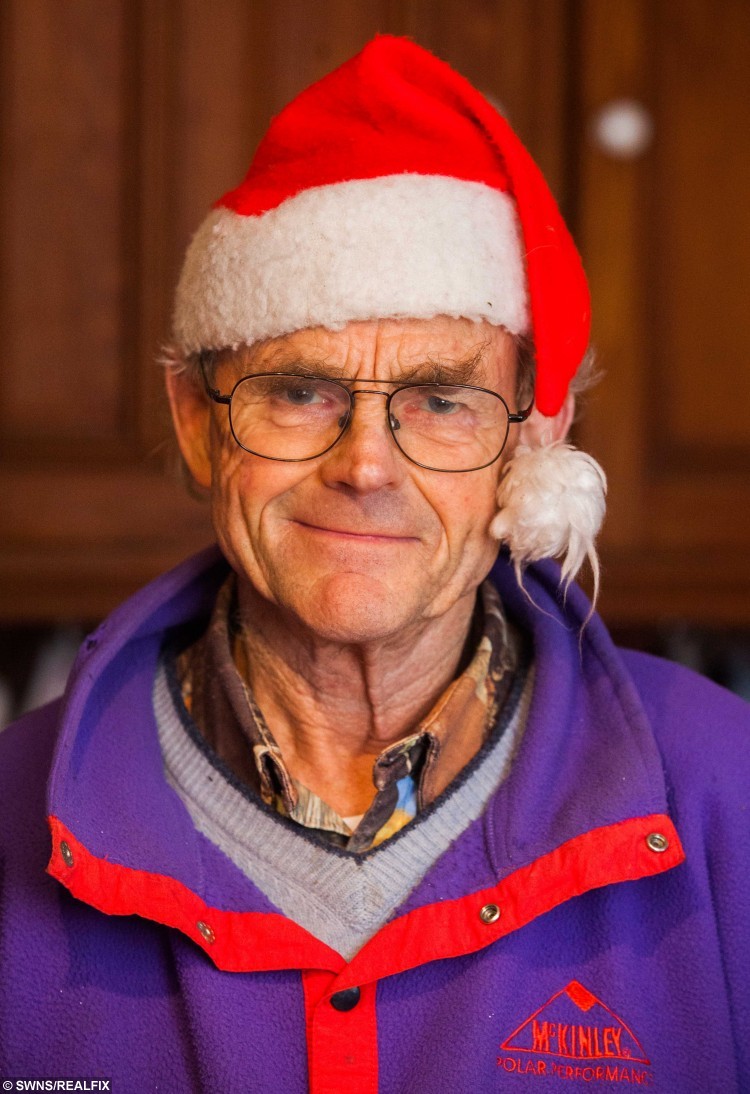 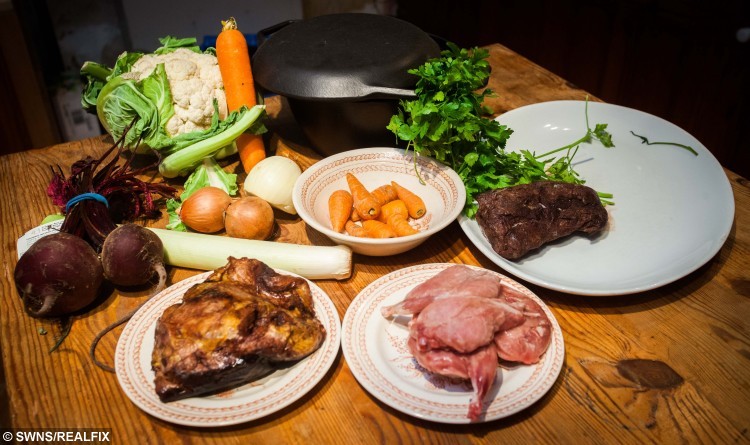 Arthur will be spending Christmas with his wife, Su, and his 90-year-old mother-in-law, but said they will not be joining him with his dolphin dish.

He added: “My wife is a vegetarian so she doesn’t eat the dishes I cook and especially not ones with animals I’ve collected from the roadsides.

“There will still be a traditional turkey on Christmas Day but I don’t like buying and eating meat.

“I feel very strongly about killing animals, so strongly, I can only just about manage a chicken leg at a party or something.

“I would never buy meat and the great thing about roadkill is knowing that the animal hasn’t been purposely killed.”

He says the oddest-tasting food he’s ever had is BAT and he once had porcupine he brought back from a holiday in Canada.

He said: ”What you have for Christmas depends very much on what you find by the road in the week or so beforehand – unless you are like me and keep a good supply of all kinds of roadkill in the freezer.

”Rabbits are always getting killed on the road and they make a very tasty and nutritious meal for at least four people.

”The pheasants that have survived three months of shooting go on getting themselves killed on the roads without a shot being fired.

”But badgers are heavy with fat by now and are out and about as usual until the cold really sets in. The family will be amazed and there will be no tyre mark on the meat.

”If it looks reasonably fresh don’t worry about how long it has been dead as in this cold weather they will last for weeks, unless its skin comes off in your hand when you pick it up by the back leg, in which case it may be too strong for any palate but that of the connoisseur.

”Just because it hasn’t got a label on doesn’t mean it’s not edible. I’ve been doing it all my life and never been ill once.” 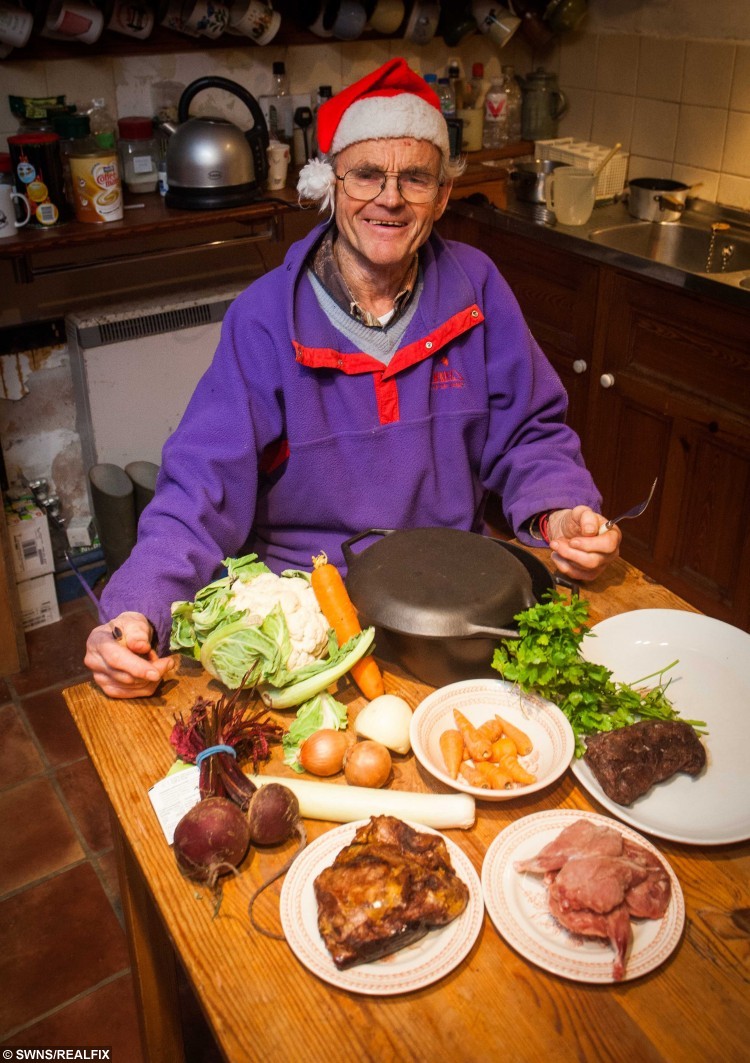 An average Common Dolphin can contain up to 125 lbs worth of meat once stripped from bones – the equivalent to 600 McDonald’s quarter pounder burgers.

Arthur said describing the taste of dolphin was tricky but said he planned to make a casserole out of it.

He said: “It does not have a distinctive taste. It is different from anything else. It is not fishy, or oily and has no distinct flavour.

“You almost squash it with your tongue rather than chewing it.

“The texture is different. It is a softer meat than land animals we normally eat but is nothing like a fish. It flakes.

“I tried frying it but it was rather tough so I also casseroled it which was a lot better.

“I think that is what I will do. I will cook it with beetroot, potato and carrots, seal it with fried onion and garlic and add some mixed herbs.

“I will serve it with some cauliflower but no sauce as you don’t taste what you are eating.”

“There are no legal issues as far as I am aware with eating it.

“I want to make it clear I do not agree with the killing or taking of dolphins or any other meat.

“There is a high kill of dolphins on the Cornish coast where fishermen catch them in their net but there was no evidence of any other damage to its body.

“I have not heard that about the Crown before. I know they say swans belong to the Queen but I don’t know about that either.

“It would not put me off eating an animal that has already died accidentally. I am strongly against eating ones that have been killed for that purpose though.”

The National Marine Aquarium based in Plymouth, Devon, warned against eating any part of a dead dolphin found on a beach.

A spokesman said: “According to the Wildlife and Countryside Act (WCA) 1981 – it is an offence to intentionally kill, injure, take, possess or trade in any wild animal listed in Schedule 5, which includes all cetaceans.

“Any members of the public who finds a dead or stranded whale or dolphin should not put the animal back in the water, and should also keep dogs and children away.

“They should also not touch the body as dead animals may carry diseases that you can catch.” 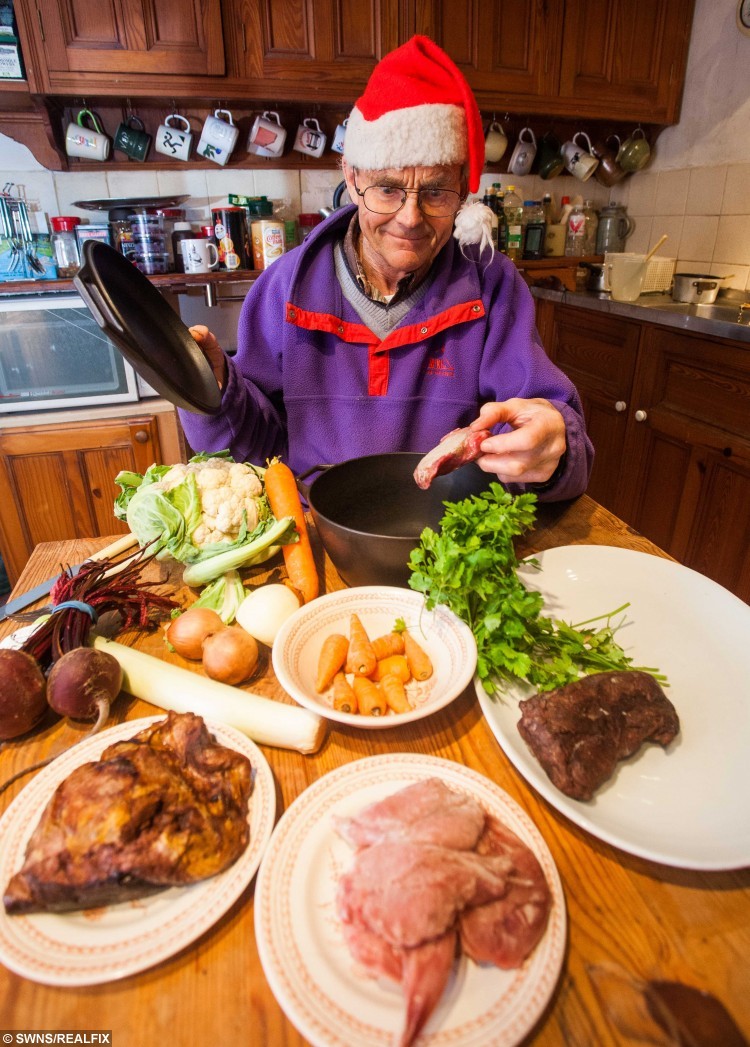 A spokesman for Defra’s Marine Management Organisation said it was an offence to be ”in possession of part or a whole” of a protected species including a dolphin.

Arthur said the law would not stop him from eating dolphin.

“It has been dead for a month or so more,” he said. “What are they hoping to stop by sending me to prison?”

“I’m not worried because I don’t think anyone would be stupid enough to go ahead with the prosecution.

“If it’s left there the gulls would eat it. What harm am I doing by eating it? It seems ridiculous that I have admitted that I have enjoyed its meat that I should go to prison.”