Kyla Smith, with the toilet seat stuck on her head. A toddler, sent her mum potty Ã after getting her head stuck in a pink toilet seat. See NTI story NTISTUCK. Stunned mum Teresa Smith called 999 after washing up liquid failed to free the plastic chair from around her daughter's neck. Firefighters rushed to the 'emergency' and used industrial scissors to free Kyla's head. Now Teresa has thanked the four firefighters who carried out the rescue mission at her home in Little Chell, Stoke-On-Trent

A toddler had to be rescued by firefighters after getting her head stuck – in a pink TOILET SEAT.

Little Kyla Smith was sitting on the special chair to use her potty on Saturday night when the drama unfolded.

The two-year-old put the plastic seat, which has a big hole in the middle, on her head when her mum Teresa, 37, left the room.

But the toddler quickly started shouting for her mum when she realised the chair was stuck around her neck.

Mum-of-three Teresa ended up dialling NHS Direct and then 999 after she failed to free the seat using washing up liquid.

Four firefighters rushed to their home in Stoke-on-Trent, Staffs., and used industrial scissors to free Kyla’s head in five minutes.

Mum Teresa said: “As she came up the stairs she was screaming ‘Mummy I’m stuck’.

“I didn’t know what else to do apart from smother it in washing up liquid.”

“That’s how I’d usually get rings off if they were stuck on my finger so it was all I could think of.

“I felt ridiculous calling 999 as she wasn’t choking, there was plenty of room around her neck.

“Kyla was frightened that I couldn’t get it off. She started trying to hold it down so I couldn’t mess with it.

“It was quite a sight, I’d never heard of something like this before.” 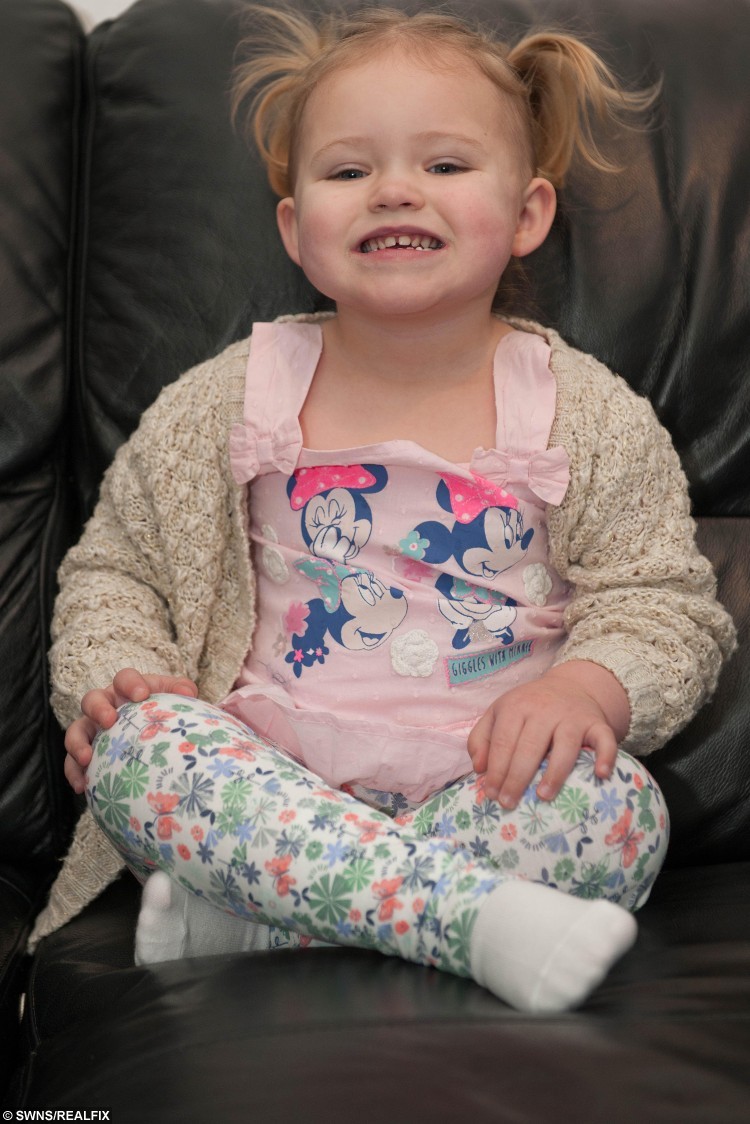 Kyla’s brother Liam, 15, added: “She doesn’t usually do stuff like this, she’s never got trapped in anything before.”

The firefighters, who came from Hanley Community Fire Station, initially tried to wiggle the toilet seat to get it off the tot’s head.

But they were forced to turn to their industrial scissors, which are nicknamed ‘tin snips’, to cut it free when that failed.

Firefighter Guy Volpe said: “Luckily the plastic seat was nice and soft so we managed to snip it off and had the incident sorted within five minutes.

“It’s not unusual for toddlers to get themselves trapped in things, but seeing the potty around Kyla’s neck was a first for most of us and an horrific sight for the mother.

“It highlights that mothers need to be vigilant when babies are using chairs and potties because with toddlers accidents can all too often happen.” 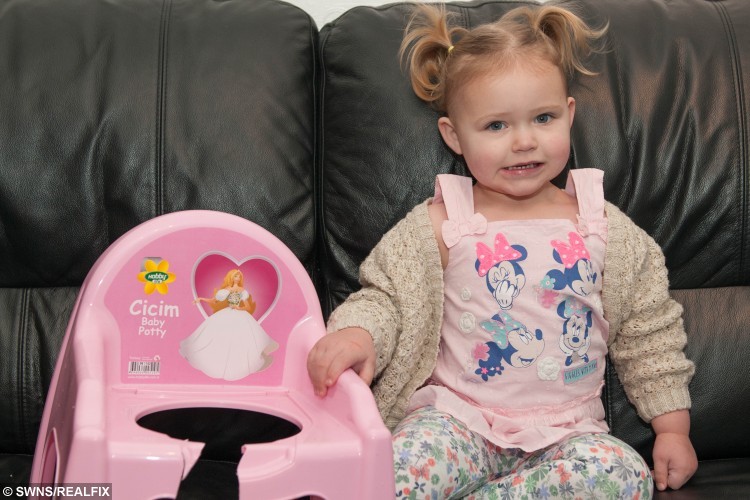