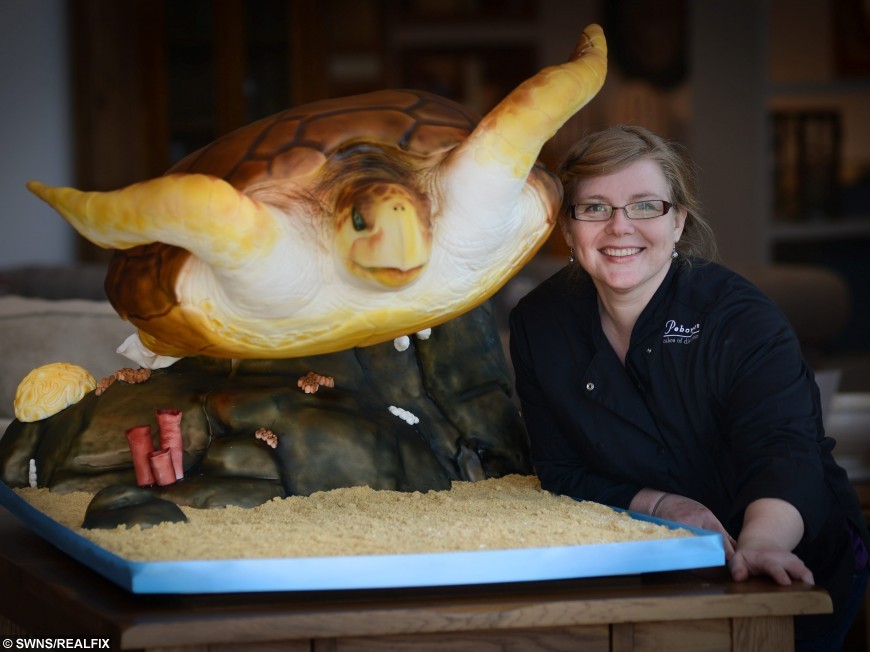 Skilled baker Christine Jensen has shown off her latest culinary masterpiece and even mounted the cake on a steel bar to give the impression that the turtle was swimming.

The mother-of-two based the cake on Snorkel, Plymouth’s National Marine Aquarium’s favourite loggerhead turtle, which was washed up at Sennen Cove in Cornwall in 1990. 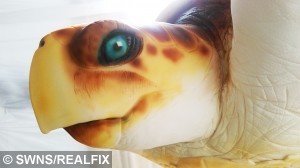 She then painstakingly copied Snorkel’s every detail from photographs.

She said: “We pride ourselves on our attention to detail and all the pictures of Snorkel I’ve seen were of her swimming.

“It felt wrong to put her on a flat seabed – she had to look like she was swimming.”

The incredible creation was made for the opening of the first Oak Furniture Land in Plymouth, Devon. 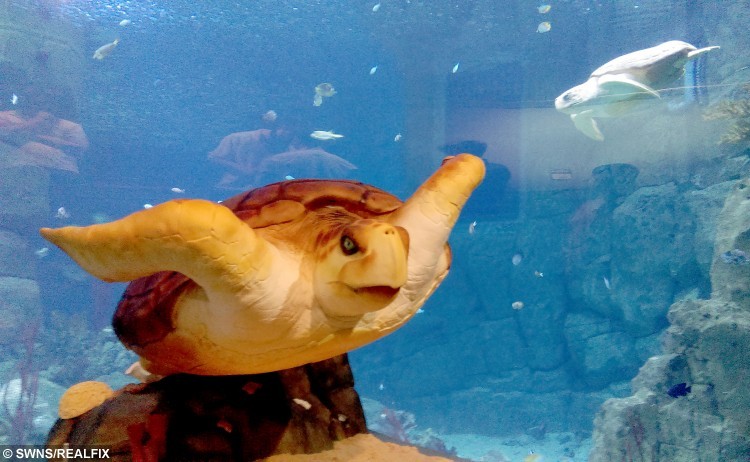 Christine even mounted the cake on a steel bar to give the impression that the turtle was swimming.

After being displayed at the launch, slices were sold off and donated to the National Marine Aquarium’s charity.

Earlier this year Christine won gold and first price in the Decorative Exhibit category at Cake International for her Magna Carta cake in which she baked a life-size replica including inscribing all 4,000 Latin words.