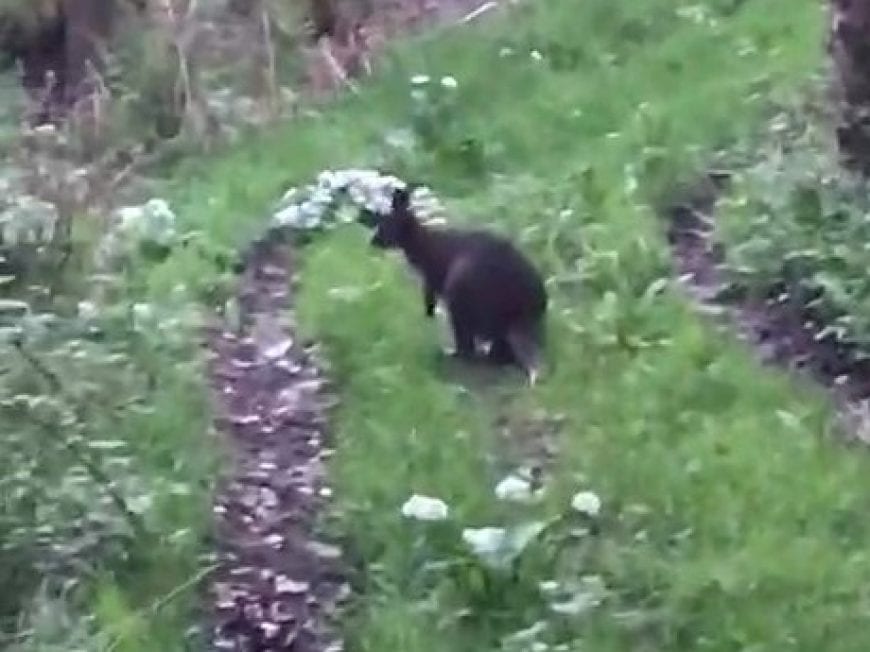 Walkers trekking through a wood in the UK were baffled when they found – a WALLABY.

Amy Couldrick, 27, was walking with friends when she spotted the creature in front of her – but initially thought it was a cat.

But when she saw it BOUNCE she realised it was a wallaby and was left in hysterics.

A funny video shows her giggling with pals while using a mock Aussie accent. 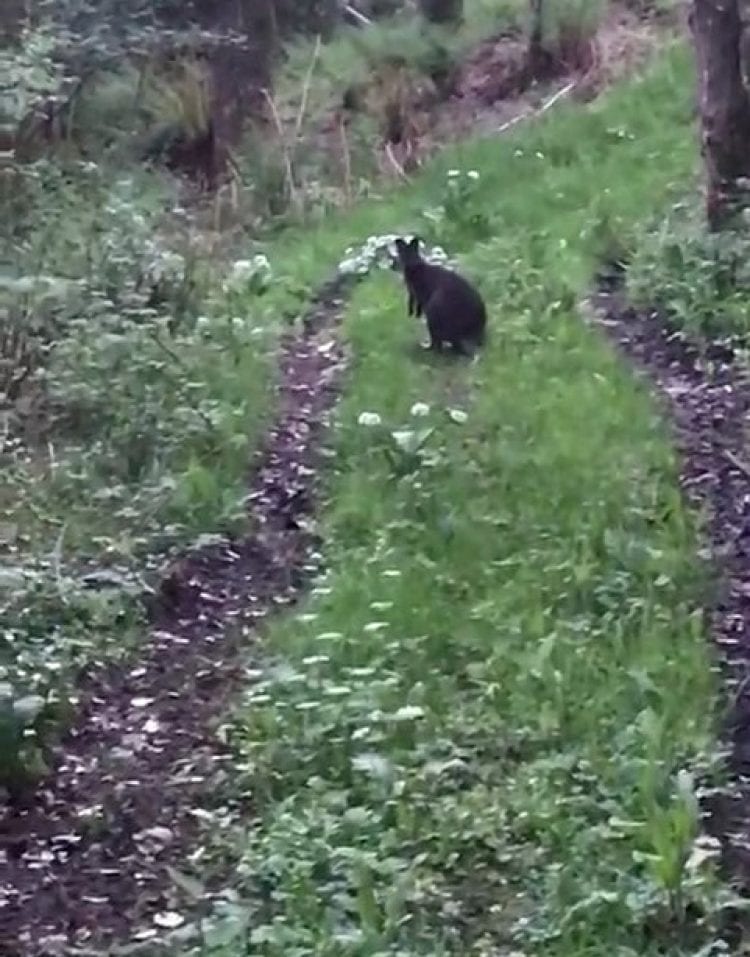 Walkers trekking through a wood in the UK were baffled when they found this WALLABY in their path. (Amy Couldrick / SWNS)

As she approached the wallaby the animal quickly hopped off down a wooded path.

She made the sighting between Hemyock and Dunkeswell in Devon, and was later told by locals there is an entire mob of wallabies living in the area.

It is understood they escaped from a nearby farm.

Amy, a nurse from Calstock, Devon, said: “I text my friend saying, ‘there’s a wallaby in your garden’.

“She said that five months ago three had escaped from a local farm and they hadn’t found them.

“They didn’t know if they were still alive because they hadn’t been able to track them down.

“They’ve travelled quite far and are still alive – it was really surprising, I couldn’t believe it.

“It was like a giant cat that jumped a lot.

“I got close and it hopped off into the bush.

“It was about one metre high, quite big really. I’ve seen some in Australia but the ones I saw there were smaller, they were a special breed.”