Well this is just ridiculous…

A council has been ridiculed after it painted Britain’s shortest double yellow lines measuring just 12 INCHES on a city centre road.

Residents have mocked the bungling authority for applying a fresh lick of bright paint to the tiny traffic restriction.

The yellow lines, which measure just 12in (30cm), were spotted by eagle-eyed residents on Wellington Street in Leicester city centre.

Chris Forest Potter posted a picture of the bizarre road markings on her Facebook page and wrote: “Is this the smallest double yellow lines in Leicester?

“Seen in Wellington Street. Wonder how long it took to do and whether it was worth the cost?”

Other residents also blasted “barmy” council chiefs for bothering to paint the teeny yellow lines, which are barely big enough for a toy car. 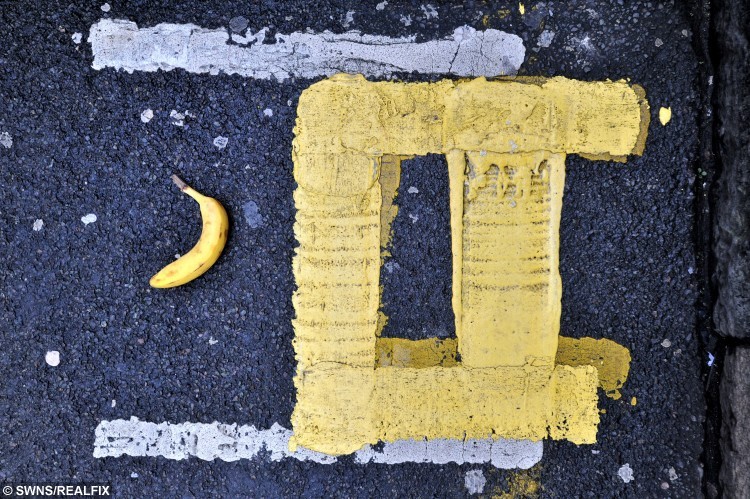 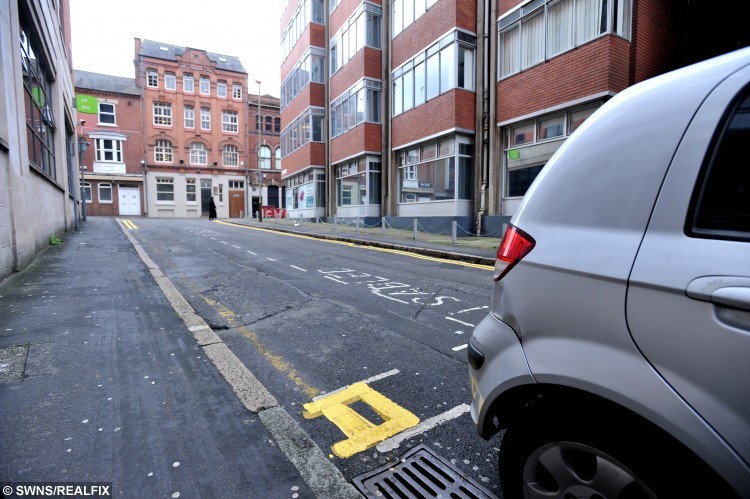 Builder Darren Johnson, 35, who lives in Leicester, said: “It just beggars belief when you see things like this driving around.

“All the things they could be spending their money on, like fixing potholes, and they go and do something as stupid as this.

“It is just doing things for the sake of doing things, they must have no common sense in those council offices.”

Retired secretary Anne Baker, 69, added: “It is just ridiculous that they thought this was worth wasting their time to do.

“I was driving down the road looking for somewhere to park and I had to do a double take.

“They must be barmy if they think someone would try and park a car in that small a space.”

“It is barely big enough for one person to stand on let alone a small car.”

Wellington Street is home to Leicester County Court and the road is in the heart of the city just around the corner from the train station and museum.

But Leicester City Council, which is responsible for highways, defending the decision to repaint the yellow lines and said it only cost £1. 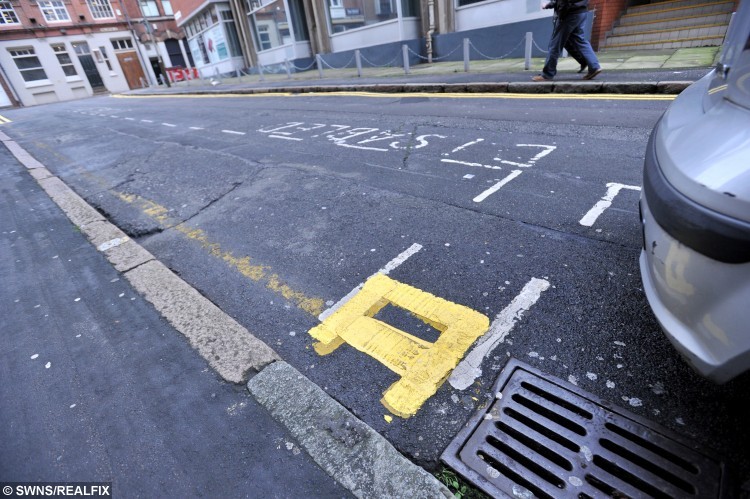 A spokeswoman for the authority said: “The double yellow lines in Wellington Street have been repainted in the last month.

“The yellow section of double-yellow line is there to differentiate between different bays – for example parking and loading bays, or (as in this case) a parking bay and disabled parking bay.

“We no longer use a small section of yellow line to differentiate between bays in this way, but as this one was already there it has been renewed as part of a wider programme of yellow line-painting along Wellington Street.

“The work will have been carried out under our wider road-marking budget so the costs of that specific bit being renewed are probably around £1.”