HomeBizarreMost PopularWish it could be Christmas every day? Meet the festive fan who celebrates the holiday all year round 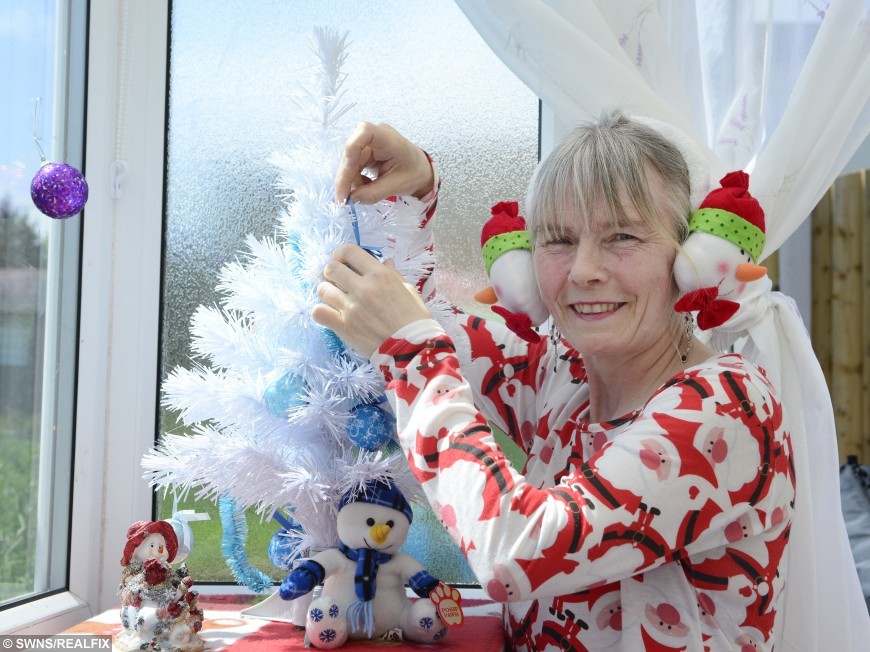 A woman has been celebrating Christmas EVERY day for the past decade – by decking out her home with festive decorations all year round.

Barmy Chrissy Chataway, 59, celebrates the holiday season beyond December, filling her home with tinsel, Christmas trees and baubles throughout the year.

She even has a Frozen-themed fibre-optic tree and a 3ft polar bear in her garden to greet guests – which she keeps up during the summer.

Despite being another six months away, she is already listening to Christmas carols as well as her favourite song ‘Rockin’ Around the Christmas Tree.’ 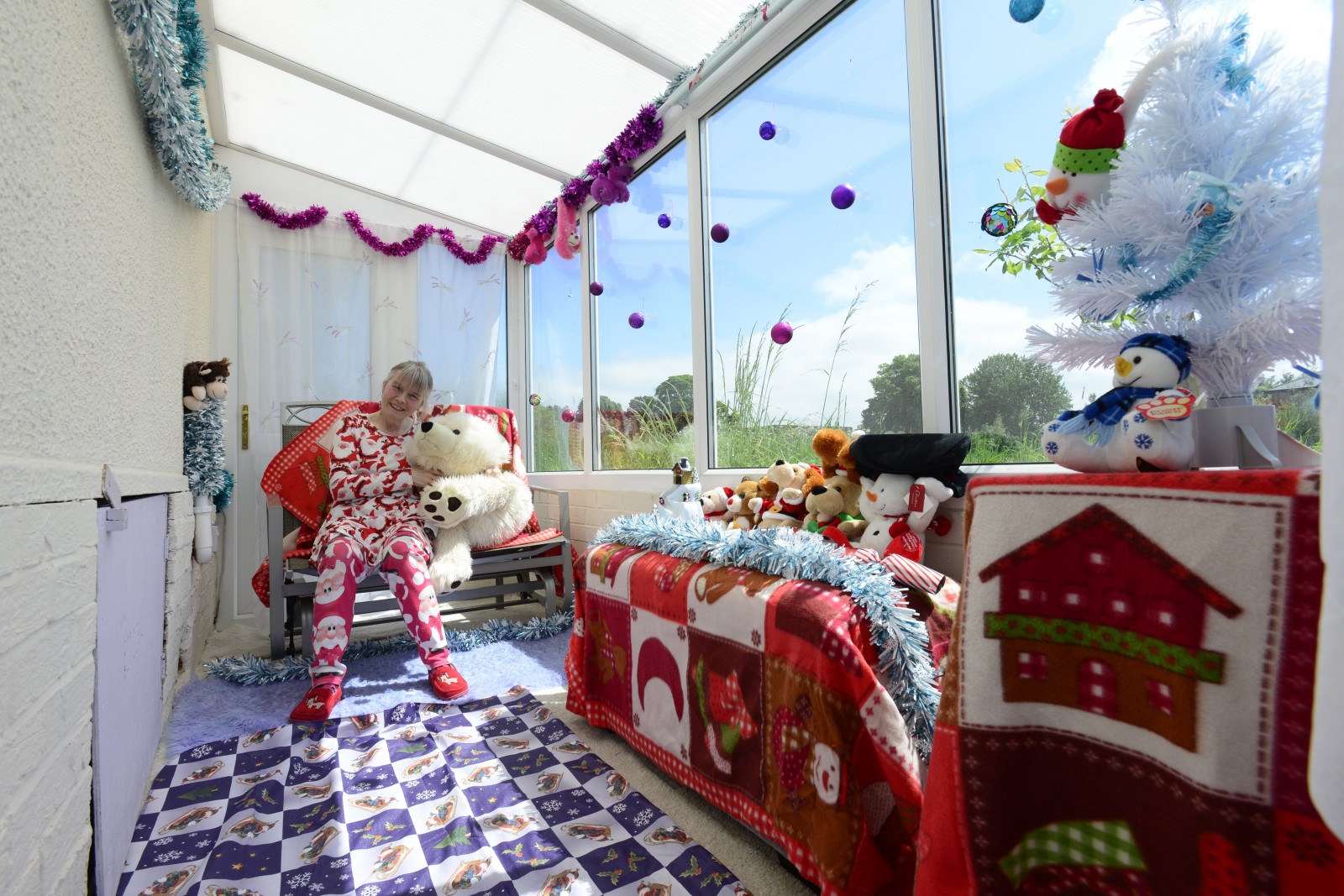 Chrissy has been constantly decking out her home with festive decorations for the past DECADE.

Chrissy, who lives in Stone, Staffs., said: ” I don’t think Christmas decorations should ever be taken down in the first place.

“Why keep them in the loft for 11 months of the year, when they are so pretty?”

Incredibly, Chrissy says she has actually toned down her celebrations in recent years.

Five years ago, she would regularly ride a Christmas-themed trike, decorated with tinsel, while dressed as Santa.

She added: “I used to sail past, shouting ‘ho ho ho’ and people used to walk past me riding my trike, and tell me to take the tinsel off because it wasn’t Christmas.

“But I’ve got to stand my ground; I don’t go around telling other people how to live their lives.

“There are lots of pensioners where I live and it cheers them up.

“People even walk past and stroke the polar bear.

“He never hibernates, he’s always there.” 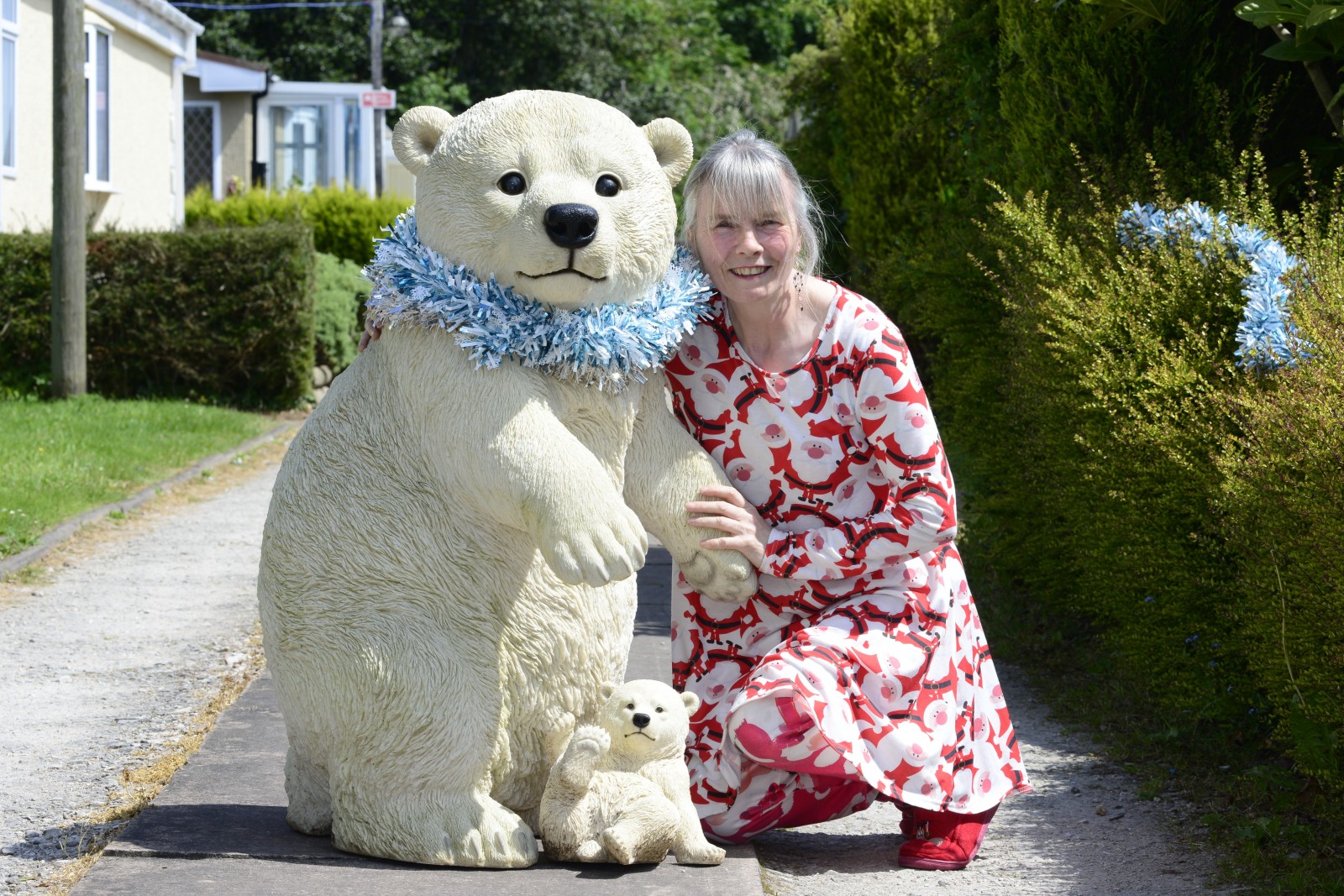 Stone Town Councillor Mark Green, who represents the Walton ward, said: “She is doing her bit to spread a little festive cheer, and that has got to be positive.

“If people want to put things in their garden which make others happy, I would encourage that.

“If it wasn’t for people like her we would all be miserable.”

Pensioner Val Perrins, who lives nearby to Chrissy and has known her for 25 years, said: “I remember when the Aldi on the A34 first opened, and she rode into the car park on her Christmas trike in front of hundreds of people.

“She makes us smile no matter what.”

Tony Roden, 74, who also lives close to Chrissy, added: “Chrissy is very wacky but she is a lovely person, and her house is so sparkly, girly and Christmassy.