June Fraser, 52, from Worcester Park, south west London who has opened up BritainÃs first sanctuary Ã for GINGER TOMS. See SWNS story SWGINGER; June Fraser has had a fondness for ginger cats since her father bought surprised her with one when she was two years old Ã and now canÃt stop collecting the adorable pets. For the past two years, she has begun nursing injured cats back to health - because she reckons poor ginger cats are subject to more abuse than others Ã and now has TEN. June is not sure why all of her cats have been the subject of abuse, but wondered if it was similar to the treatment ginger children face at school.

June Fraser fell in love with ginger cats ever since her father surprised her with one as a pet when she was two years old.

She has nursed injured cats back to health for the last two years and believes ginger cats are subjected to more abuse than others – and now has TEN. 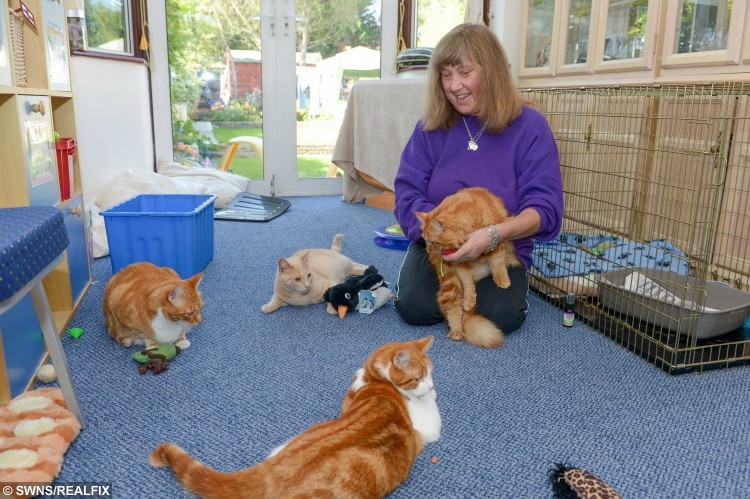 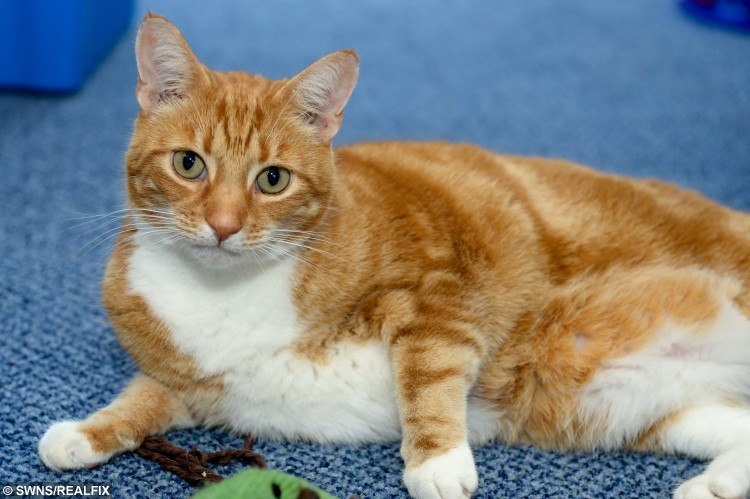 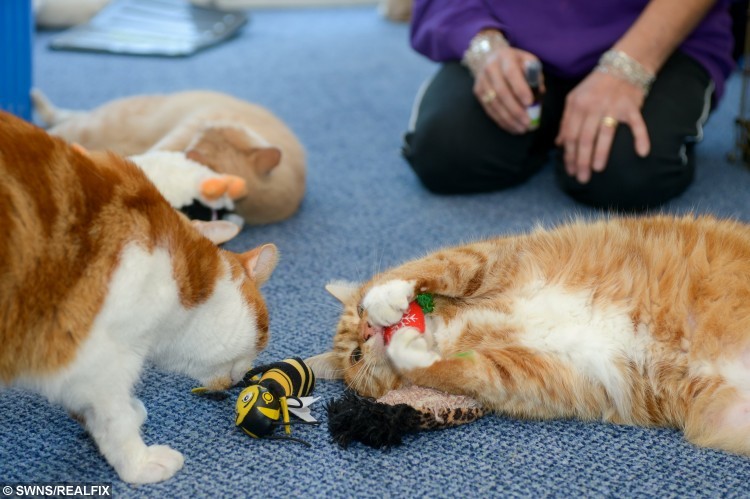 June, 52, from Worcester Park, south west London, said: “I think there might be a link there because you see ginger kids get bullied all the time.

“But ginger cats are renowned for being well-tempered and they are the most popular colour.”

June and husband Ian – known locally as Rocky the Cat Daddy – have just adopted their tenth kitten, Symon, a ginger that was found in a goods yard with three fractured legs.

June, who has three adult sons, said: “I just love gingers, we always pick ginger kittens over any other type of cat.

“When I was two my father came home one evening and had a little ginger kitten hidden in his coat.”

“My mum went crazy and said no – but my dad said yes – so we ended up keeping it.

“I was so thrilled and since then we’ve always had ginger cats.

“It started a life-long passion.” 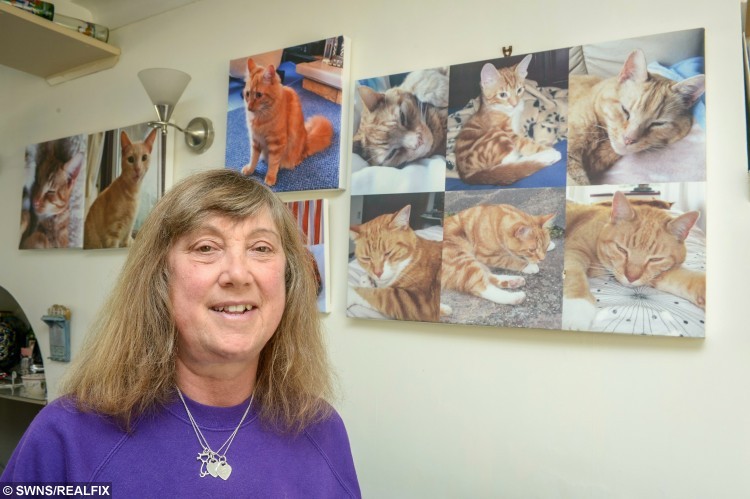 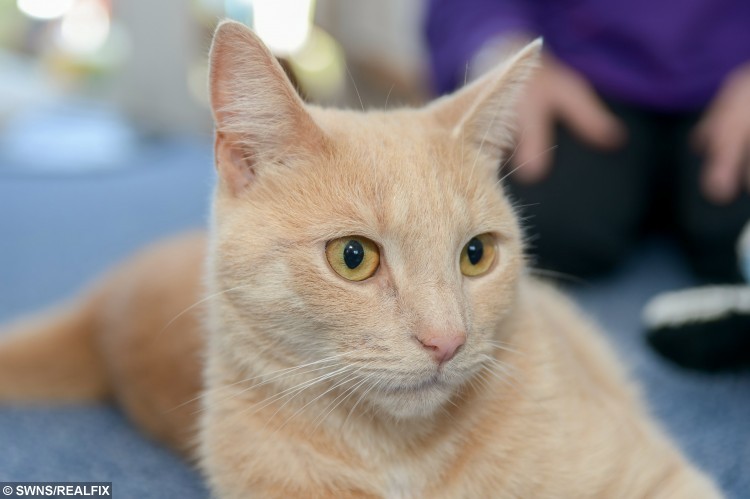 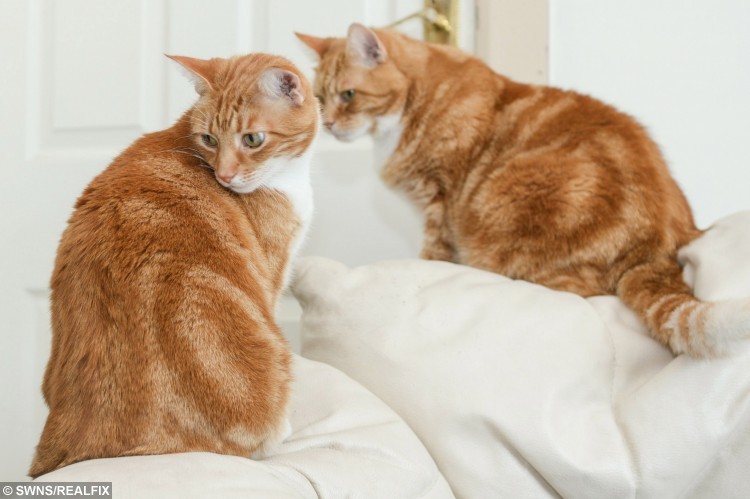 June and Ian’s ten cats range in age from 11 years to 12-months-old.

She explained that every time she visits her vet, who is well aware of her ginger cat obsession, she is offered a new pet to take home.

June, who has three sons in their thirties, reckons that each and every one of her cats has a story to tell.

One-year-old ginger Lizzy was thrown out of a window by her previous owner and was injured so badly she was going to be put down – but was rescued by June just in time.

“Despite having three legs, Lizzy manages really well. She doesn’t go outside, but inside she is great.”

Another of her cats, Ozzy, narrowly escaped death after he was kicked on the street, while pet, Slinky, was the victim of abuse and would only slink along the floor because he was so terrified of people.

June said: “I don’t just have cats, I have parakeets, a fish tank and water dragons too, we are basically Noah’s Ark.

“My husband keeps telling me we can’t get any more cats, but I think you can never have too many cats. 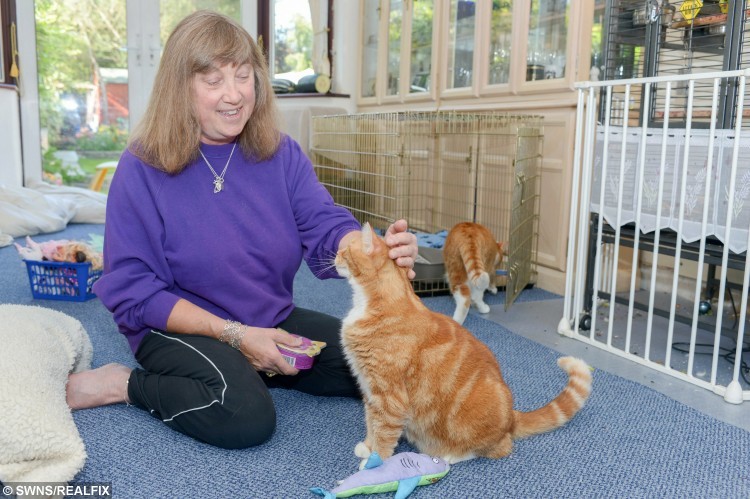 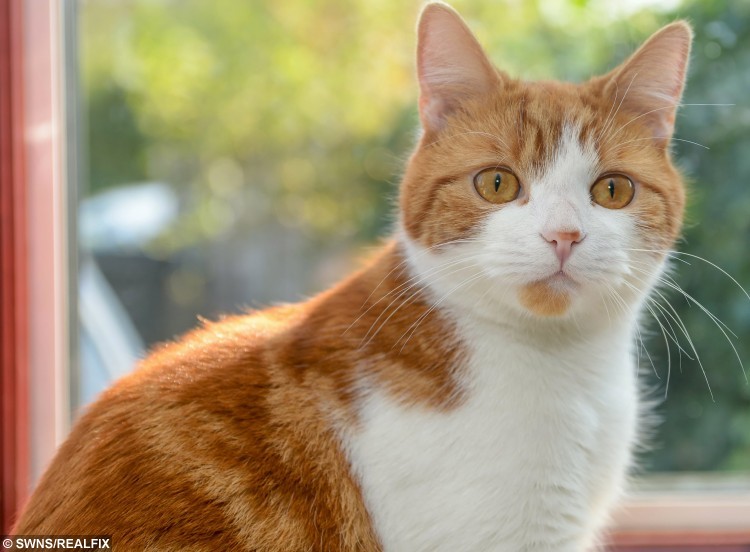 The hedge that can’t fail to make you smile!

The hedge that can't fail to make you smile!