Sue Gallagher, who lives in Northfield, Birmingham. Sue found a note from a sister she didn't know existed on her father's grave when she came to London to lay flowers on it. A contact number was left on the note but has since washed off. See SWNS story SWGRAVE; A woman is searching for the sister she never knew she had after discovering a note left on her fatherÃs grave Ã but the contact details had WASHED OFF. Sue Gallagher, 65, could not believe her eyes when she read the note, written by a woman who signed her name only as Jodi. The grandmother-of-three, who only gets to visit her fatherÃs grave once or twice a year, could only decipher is that her and Jodi shared the same father, Victor Edwards. The letter said: ÃI would really like to know as much about Victor as possible as I believe it is important to know where you come from.Ã But sadly JodiÃs contact details, written on the back of a graveyard map, had washed away in the rain.

A woman is searching for the sister she never knew she had after discovering a note left on her father’s grave – but with the contact details WASHED OFF.

Sue Gallagher, 65, could not believe her eyes when she read the letter written by a woman who signed her name only as Jodi.

The grandmother-of-three, who only gets to visit her father’s grave once or twice a year, could only decipher that her and Jodi shared the same father, Victor Edwards.

Part of the note, which was badly damaged by water, said: “I would really like to know as much about Victor as possible as I believe it is important to know where you come from.”

But sadly Jodi’s contact details, written on the back of a graveyard map, had washed away in the rain.

Sue’s father, Albert Victor Edwards, was killed aged 37 on Christmas day in 1965, and was buried in the West Ham cemetery in east London.

Sue, who was born in Stratford but now lives in Birmingham with husband Dennis, 71, made every effort to recover the missing words and attempt to contact the woman, but hasn’t had any luck in two years.

Sue said: “I asked the cemetery office if they saw her, but they said they didn’t, so I left my details in case she came back.

“I have asked all of my family and called as many Jodi’s as I could find the internet but I’ve come back with nothing.”

Sue was one of five children to her mother and lorry driver dad, but her father, known locally as Vic went on to have three more children with second wife Pauline Pearl Ward, who was later convicted of manslaughter for his death.

The third child of Vic and Pauline was put up for adoption, according to relatives, and Sue believes this may be Jodi.

Sue said: “I don’t know it as fact, but there was a third child that was adopted and that could be Jodi.

“I feel that I need to find her, she is out there and she might not have any other siblings and she wanted to know about her father.

“I have all sorts of stories to share with her, the good, the bad and the ugly.”

Vic was strangled to death by Pauline, when young Sue was just 15-years-old.

Sue explained that she wouldn’t be surprised if she did have extra siblings, because he was a bit of a ladies’ man, but was loved in the community.

She said: “His funeral was massive, he was well known, and well liked.

“He used to like to sing the old songs like blue suede shoes he was very particular about his hair which was dark and wavy.”

The grandmother, who worked in the international students’ office at Birmingham University said: “I would like to have another sister, it would be nice.”

Sue believes, because of the date of her father’s death, Jodi must be at least 50-years-old.

Originally she thought Jodi lived in east London, but after she never returned to the grave, she may live further afield.

Sue said: “I was born in Stratford but I now live in Birmingham and everyone else in my family lives in Sheffield – we all move about the country.

“So Jodi could be anywhere.” 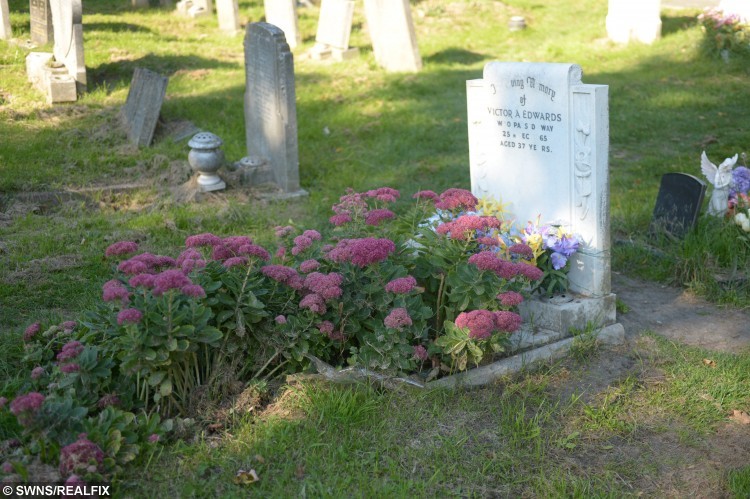 Sue added: “I think that if I were in Jodi’s shoes, I would be wondering what my family was like and where I came from.

“The first thing I would do if I get to meet her is give her a big hug to let her know everything is okay because those sorts of meetings can be very emotive.

“Then I would say hello sis. I would tell her a brief bit about me and my four siblings.

“I would ask her about her and how she is and whether she has siblings and ask her what she wants to know about her father.

“I think that’s what I would say but you don’t know until it happens.