Jack the rabbit. See SWNS story SWBUNNY; A pet psychiatrist has been brought in to cure a bloodthirsty bunny with a bad attitude. The drastic step has been taken in a last ditch attempt to get Jack, a lop eared rabbit, to buck up his ideas. The six-month old cuddly critter was brought into Maria's Animal Shelter in Probus in October and the charity's founder, Maria Mulkeen, said he “looks like butter wouldn't melt in his mouth". But since Jack arrived his behaviour has gone from the odd nip of the heels to sustained attacks. Mrs Mulkeen, 47, said: “One lady who volunteers at the shelter put down a carrot for him while he was running around the main room and he latched onto her hand and would not let go.

Staff at an animal shelter have been forced to call in a psychologist to treat a violent resident which keep attacking people – a ‘bloodthirsty’ RABBIT.

The angry bunny has been sinking its teeth into terrified guests and workers – leaving one elderly woman in hospital.

Lop-eared rabbit Jack has even chased unsuspecting victims before biting down hard –
using levels of aggression experts say they’ve never seen in one before.

The bunny ‘looks like butter wouldn’t melt’ but has now been likened to Monty Python’s killer rabbit by launching sustained attacks on humans.

The real-life Beast of Caerbannog has been terrorising staff and volunteers since he moved into an animal shelter in October. 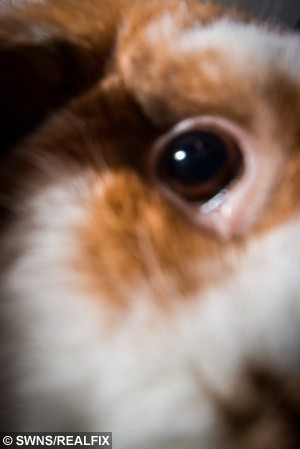 The shelter’s founder said she had never seen or encounter anything like him before and he has been nicknamed “Damien”.

Violent incidents involving Jack have become so common and vicious that a pet psychiatrist has had to be called in to curb the behaviour and give it therapy.

The six-month-old was brought into Maria’s Animal Shelter in Probus, Cornwall, in October.

The charity’s founder Maria Mulkeen, 47, said: “He looks like butter wouldn’t melt in his mouth.

“One lady who volunteers at the shelter put down a carrot for him while he was running around the main room and he latched onto her hand would not let go.

“Luckily we have a doctor who volunteers at the shelter and she was able to treat the hand with butterfly stitches which she had in her car.

“A few days ago she had to go to hospital, was given antibiotics and she now has a scar.”

In another incident Jack chased his victim around the room before going in for the bite.

Mrs Mulkeen said: “I heard a scream and I ran in to find Jack running around the room repeatedly biting her.

“I have never seen anything like that before, He would not leave her alone – he was unbelievable.

“I just hope that anyone hearing Jack’s story will encourage other animal lovers with aggressive rabbits to seek help for their pets if required.”

Mrs Mulkeen decided to call in an animal behaviorist, who said Jack’s problems were a result of “learned behaviour” and he was attacking to make sure people stayed away.

The owner and her team of volunteers have now been given a series of exercises to try and do with Jack in a bid to curb his violent ways.

He is currently receiving one to one attention with foster carer Sandra Mcllduff, who is also a volunteer of the charity – and has also been bitten by Jack on several occasions. 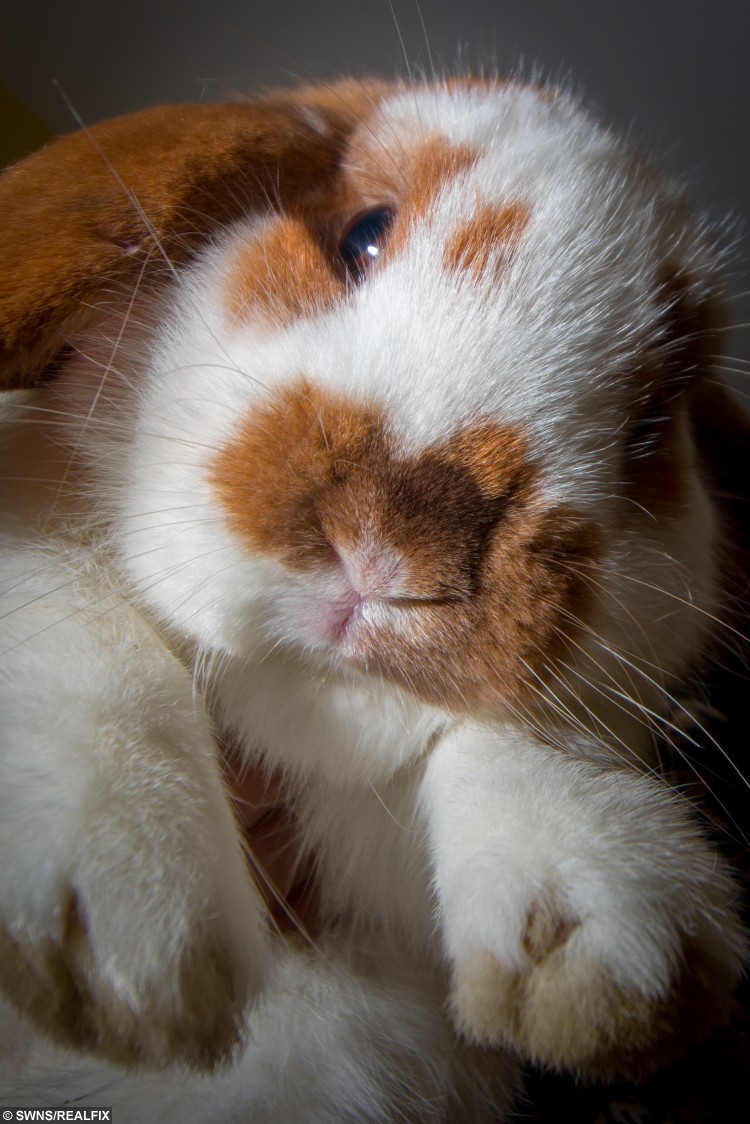 She said: “He is getting better. He is still very feisty and we have nicknamed him Damien.
However, I still have all my fingers.”

Jack’s penchant for human blood has now drawn comparisons with the devilish bunny from Monty Python and the Holy Grail.

It famously attacked King Arthur and decapitated one of his knights before being destroyed by the holy hand grenade of Antioch.