You will never guess what this dad found in his Lidl coleslaw!

A disgusted dad was left horrified after he opened a pot of Lidl coleslaw – and found a blue HAIR NET inside.

The builder, who has shopped at the branch for over four years and visits two times a week, buys the snack most weeks.

But on October 2 the dad-of-three started to make a sandwich for himself and his daughter, and placed a knife into the mixture – only to make the grim discovery. 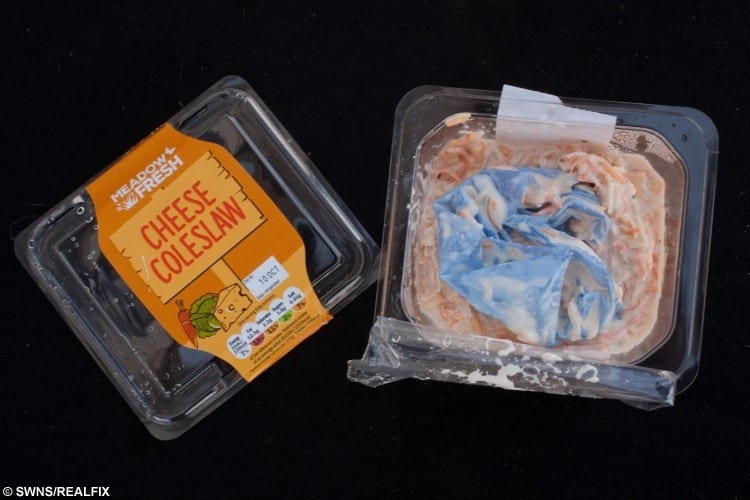 Jamie, from Brierley Hill, West Mids., said: “It makes me sick to even say what happened.

“I was making a sandwich for me and my daughter and I took the coleslaw out of the fridge.

“I put a knife into it and noticed something blue and rubbery inside.

“At first I thought it was a condom and I was horrified.

“Then I pulled it out and realised it was a hair net. It was submerged under the coleslaw so I didn’t see it.

“I’ve been eating that coleslaw for years. I’ll never but it again now.

“I called Lidl’s head office straightaway and they told me to send it to them and I would get a refund.

“I refused as it would have cost me more than I paid for the coleslaw in the first place to send it back to them.

“Since then, I’ve had to chase it up with Lidl. There’s been no communication from them and no apology which is disgusting. 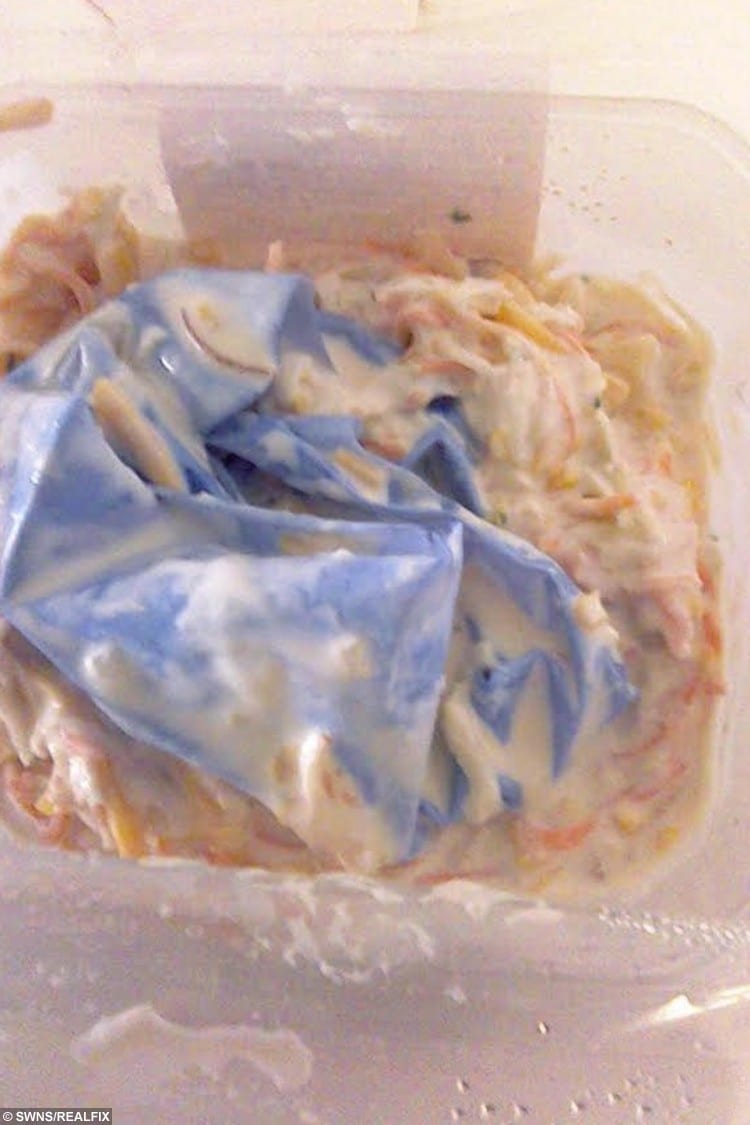 “I’ve been a customer there for years. I don’t think I’ll be going back now.”

A spokesperson for Lidl said: “We were very sorry to hear of this isolated incident and can confirm that an investigation was launched as soon as we were made aware.

“We are currently speaking with the supplier of the product and have requested that the customer send the object in for analysis using our freepost address.

“Once the foreign body has been received by our quality assurance team, typically investigations take seven to ten working days.

“We are taking the issue very seriously and will continue to update the customer with any findings.”