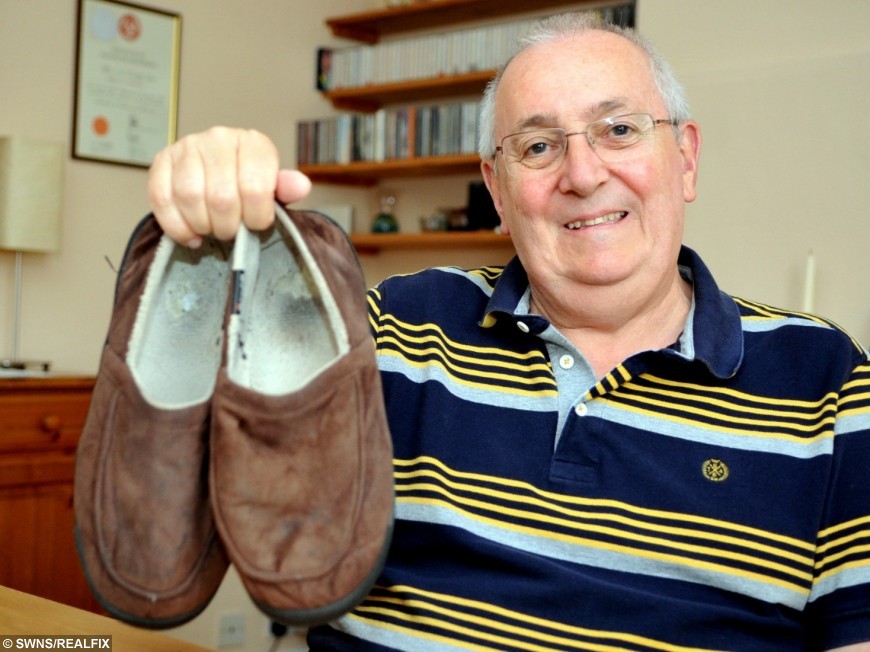 A widower was saved from a deadly lightning strike – thanks to his trusty Marks and SPARKS slippers.

Brian Phillips, 65, was thrown across his kitchen when a bolt of lightning struck his terraced home. 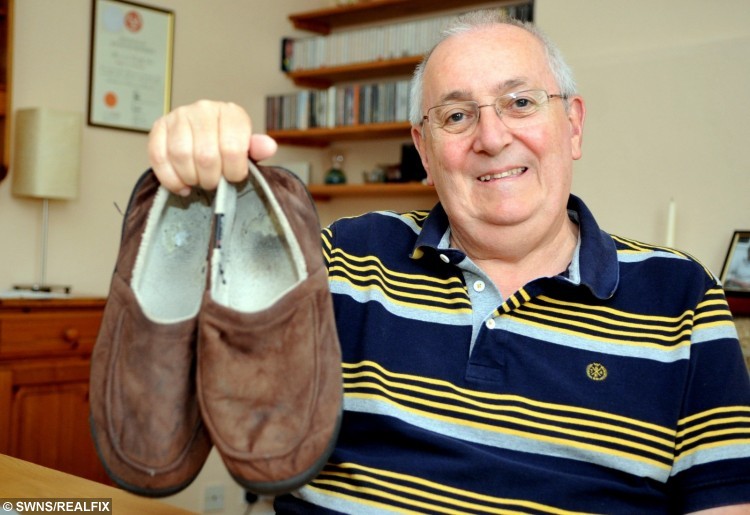 But he escaped without harm thanks to the pair of rubber-soled loafers which his daughter bought for him last Christmas.

Brian said: “It was the biggest bang I have ever heard. It sounded like it was in the room with me while I flew back against the wall. 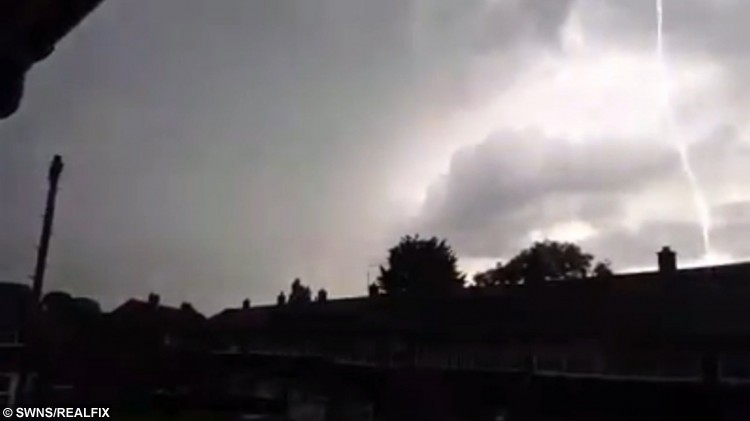 A picture of the lightning strike nearby.

“I was dazed when I got up and I couldn’t work out what had happened. I didn’t know if it was a bomb going off or a gas explosion.

“The paramedics told me the slippers probably saved my life as they checked my feet for exit marks but they believe the rubber kept me grounded. 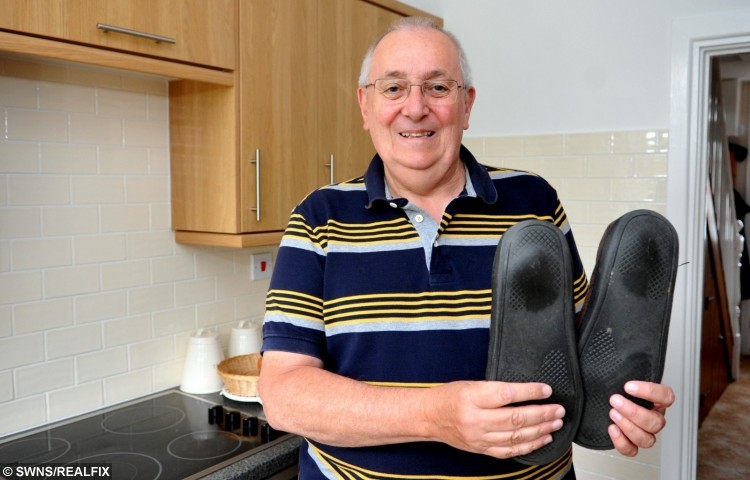 They’re not just any slippers…

Brian was washing up after dinner on Sunday evening when the lighting bolt struck.

Getting up from the floor, he ventured outside to see what was going on and was met by confused neighbours. 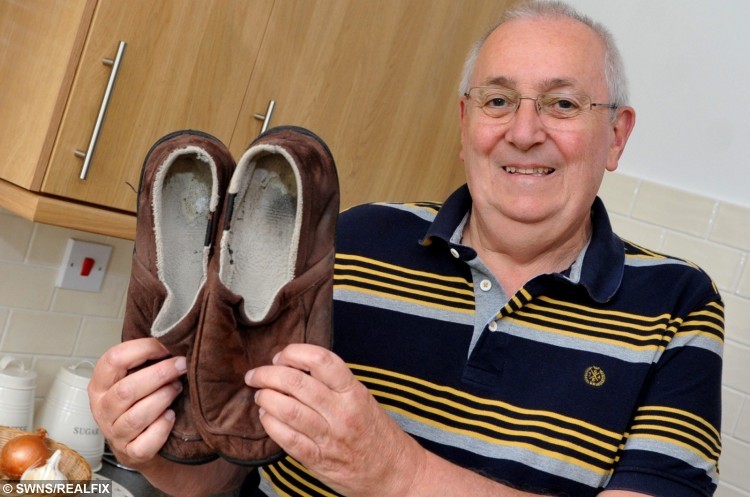 One neighbour’s fire place exploded and others had their internet and phones cut off as their aerials were plugged in to the mains.

Brian said: “It was scary. It is not the sort of thing you expect to happen and it seemed to come out of nowhere.

“It just didn’t sound like thunder, it was just one big bang and all the electrics had gone off.” 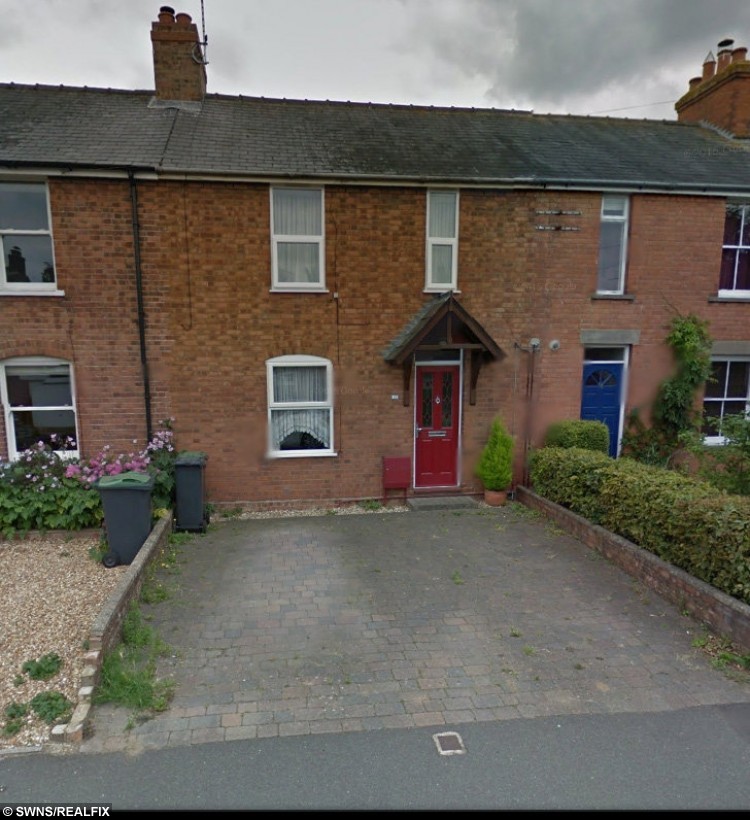 Brian was confronted by a firefighter who asked if he was okay – after realising what had happened he soon sorted a paramedic to come and check him over.

The retired BT worker said: “They told me to go to hospital but it wasn’t practical. I’ve been electrocuted before and fallen through a roof in the past.

“I am like a cat, I have got nine lives. I felt a little dodgy after banging into the wall but I am carrying a little bit of weight which probably padded me in the blast.”

Brian wears his slippers whenever he is at home and he was given them the Christmas before last by his daughter Sarah Tyers, 29. 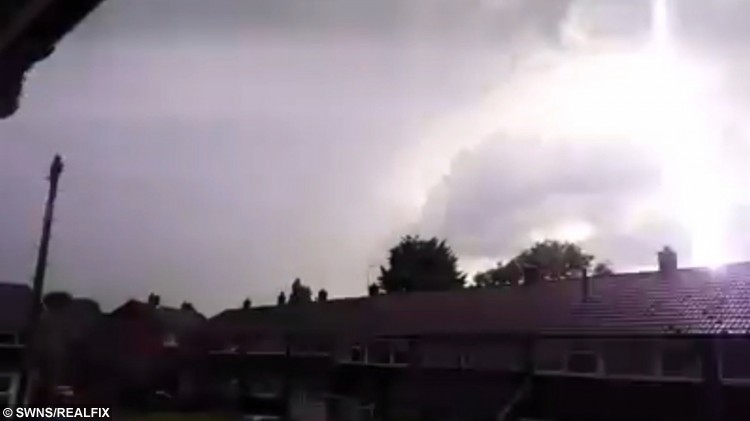 Pictures of the lightning strike.

He added: “My slippers are ready for the bin now but I’m going to keep hold of them after that.”

But Brian says the biggest tragedy, even though his TV no longer works, is that his coffee machine has been killed off.

Thankfully the much-loved Tassimo coffee machine is under warranty so he is pleased to be getting sent a replacement.

His only daughter Sarah is currently on holiday in the Maldives but the nurse told her dad he should have gone to hospital to get checked over.

He added: “I’ve received a bit of a telling off. I probably should have gone to hospital but I was just a bit dazed.”

Brian’s wife of 40 years Margaret passed away almost three years ago when she was 62 after suffering from cancer.

A single bolt of lightening can discharge to a billion volts of electricity.