You’ll never guess the flavour of these boozy bangers!

Kenny Milne, owner of H & S Milne & Sons Butchers, is pictured with his JÃgerbomb sausages at his shop in Aberdeen, Scotland. The sausages have proved to be a popular hit with locals. A Scots butcher has created the perfect hangover cure for a night of too many Jaegerbombs Ã Jaegerbomb sausages. See SWNS story SWSAUSAGE; H & S Milnes Butchers in Inverurie, on the outskirts of Aberdeen have been struggling to keep up with demand after creating the sausage at the end of last week. The Jaegerbomb sausage consists of minced pork, seasoning, breadcrumbs, Jaegermeister and Red Bull. Since posting the sausages onto Facebook they have been viewed over 17,000 times.

A family butchers has decided to give boozy bangers a shot after coming up with the recipe for JAEGERBOMB SAUSAGES.

H & S Milnes Butchers created the delicacy after a trainee suggested adding Jaegermeister and Red Bull to the pork and breadcrumb mix.

Kenny Milne and his team initially created a batch from 50 pounds of meat but were stunned when the idea took off with customers.

And since last week, the business has been struggling to keep up with demand for their sizzling sensation.

Head butcher at H & S Milnes, Kenny, 48, from Aberdeen, has now warned that the sausages should be “eaten responsibly”.

He said: “One of our young lads came in one day and suggested that we try making some Jaegerbomb sausages and my immediate reaction was to try and come up with a recipe. 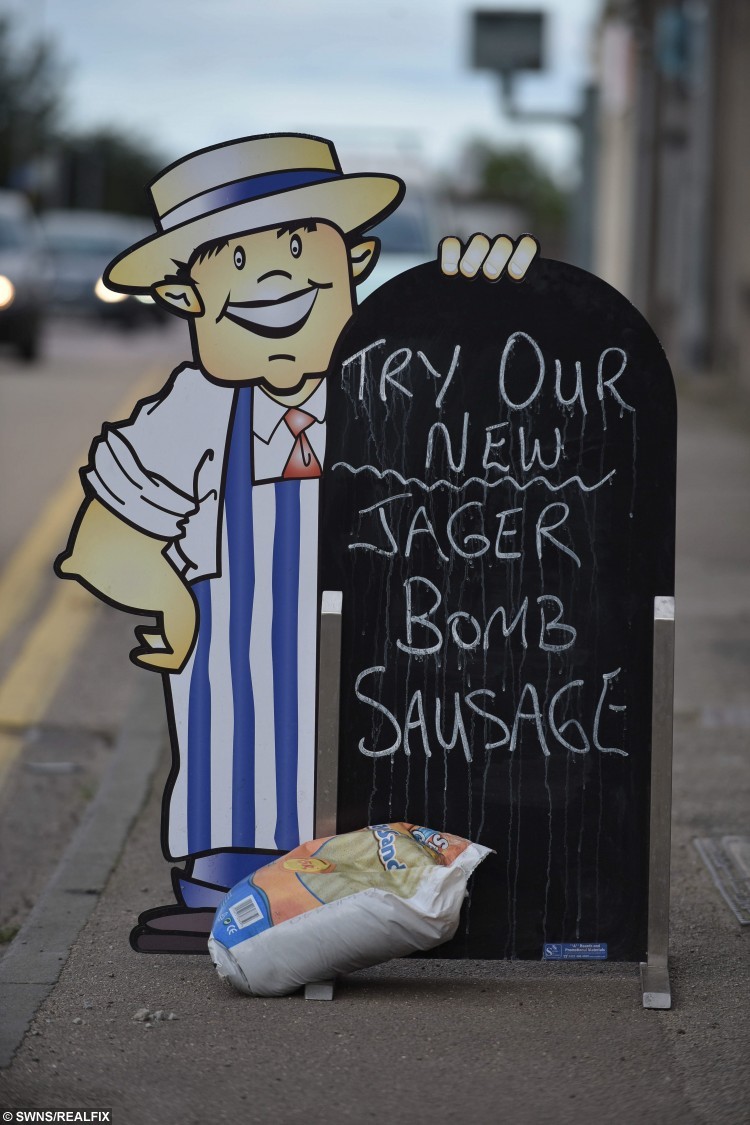 “It certainly seemed like a good idea at the time – much like the real thing. It’s a sausage which needs to be eaten responsibly.

“It’s either genius or highlights the drinking problem that we have in this country.

“The flavour of it is very sweet from the Red Bull but the Jaegermeister stabilises the taste.

“A lot of people have been pleasantly surprised by how much better it tasted than they thought it would.

“I’ve been prone to having the odd Jaegerbomb on occasion to make sure that I can remember what happened the next morning.”

“I think after a night of drinking lots of Jaegerbombs this might not be what you want to cure a hangover. But the high sugar and energy content as well as the pork should make this a good cure.”

“It seems to have caught the imagination of a lot of younger people and we’ve had to make another 50 pounds worth of it.”

H & S Milnes Butchers, in Aberdeen, also offer a sweet chilli and Irn-Bru range of sausages which have become a permanent menu item after trial run.

But it is not yet clear whether the Jaegerbomb sausages will remain on the menu.

There was no chance of missing this bride arriving on her big day!

There was no chance of missing this bride arriving on her big day!