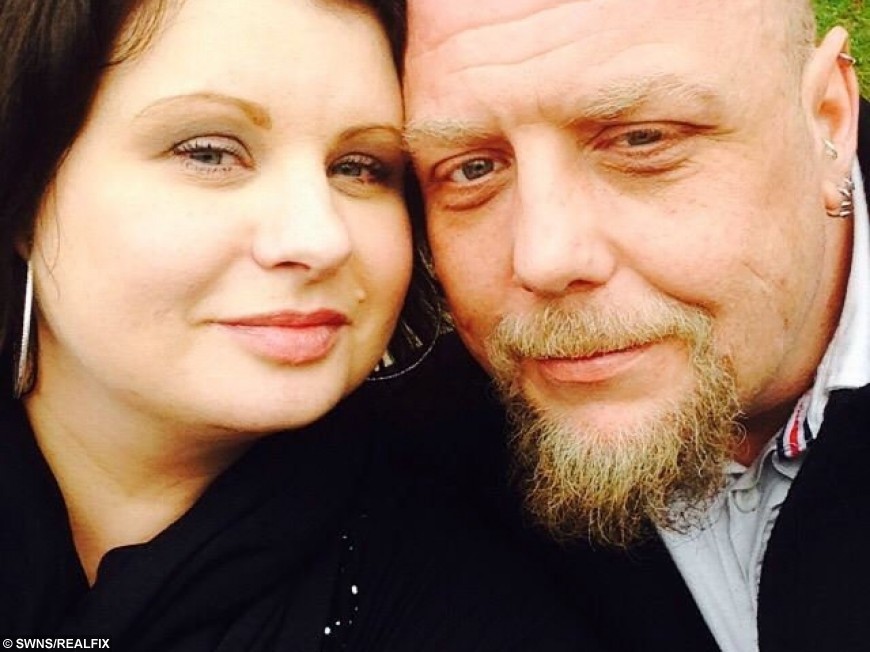 A Walter Mitty conman wooed a string of women by claiming he was an ex-SAS hero – with the help of his elderly MUM.

Rogue romeo Darren McCue, 43, boasted of a globe-trotting eight year career as a paratrooper crowned by service with the elite special forces.

But he never served in the armed forces and the Ministry of Defence say they have no record of him.

Single mum Rachael Moultrie claimed he dated and duped her for more than a year – using a false name and even faking the death of his imaginary daughter.

Calling himself ‘Dan Mitchell’, he proposed and the pair booked a wedding venue and honeymoon and even bought a wedding dress and bridesmaid gowns for her daughters. 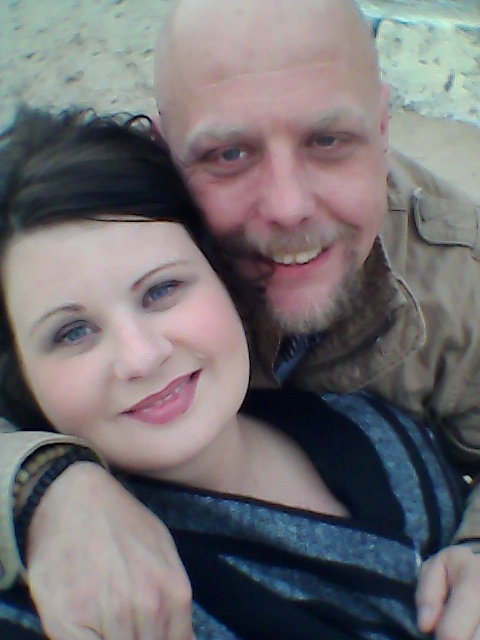 Rachael Moultrie and Darren McCue, who was going by the name of Dan Mitchell at the time

Rachael says his mum Kathleen, 69, was in on the act, calling him by his false name even when Rachael moved the pair into her home for FOUR months.

But the lies unravelled when Rachael found a pension pay slip under her bed addressed to ‘Kath McCue’ – his mother’s real name.

From that she tracked down ‘Mitchell’s’ former wife of 13 years who confirmed his real name, that he had never been in the Army, and didn’t have any children.

His ex also found a photobook called ‘SAS’ in which McCue had annotated claims he was some of the masked heroes in photos, taken between 1996 and 2003. 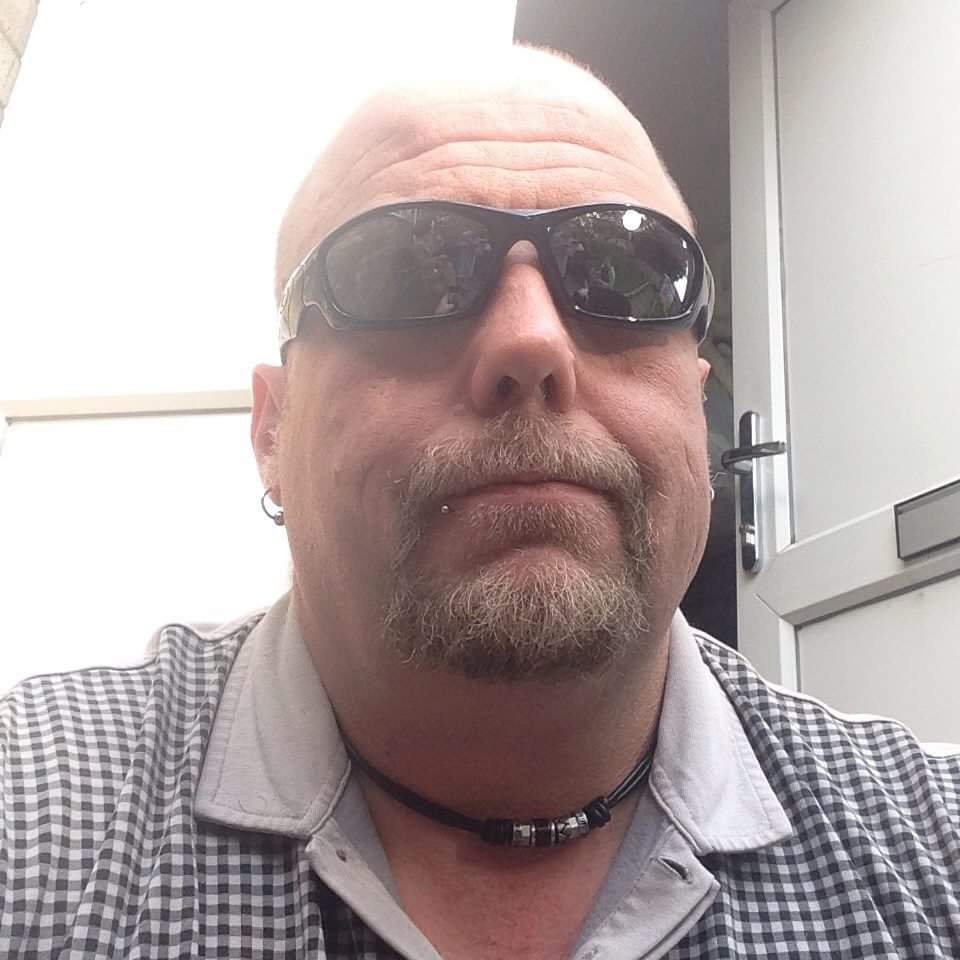 Furious Rachael has since tracked down THREE other women he lured in with his fake Army career.

Traumatised Rachael, from Cardiff, said: “Looking back now I had niggles, but he always had an answer or explanation.

“I’m absolutely livid with him and how he could lie to me and my daughters for more than a year.

“But I’m more horrified with his mum. What kind of woman could do that to another mother?

“She backed up all his lies, called him a fake name, looked after my kids – who called her ‘Nanny Kath’.

“When I found out, at first I was mortified. I’m ashamed to say now that I loved him.

“But now I want to speak out and warn other women about him and his mum. They are dangerous and people need to be protected.” 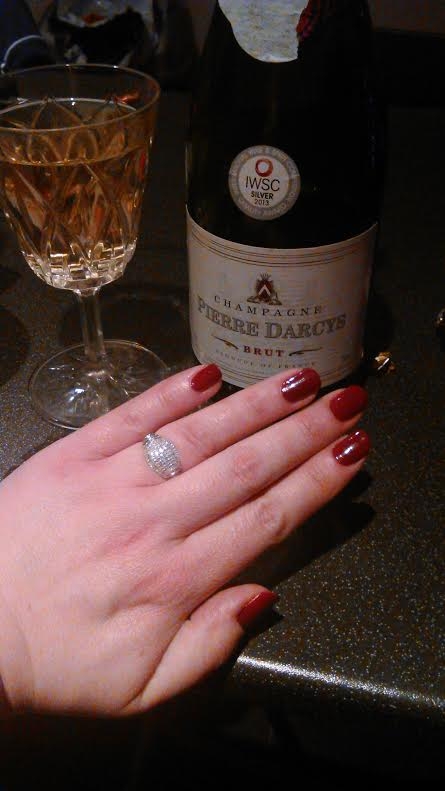 The engagement ring that Darren proposed to Rachel with

Divorced Rachael met Darren on a dating website in October 2014, when she was recovering from ovarian cancer.

He introduced himself as a divorced tattoo artist dad of twin 19-year-old girls who boasted about eating worms to survive in Borneo and dropping out a plane using a broken parachute.

She invited him to spend Christmas with her daughters – aged 17, seven and six – but he cancelled on December 23, claiming his daughter ‘Ellie’ had died from a heroin overdose.

“It never occurred to me for a second that it would be a lie – what kind of sick man would like about that?,” she said.

Suspicious Rachael tried to verify Darren’s stories when she was introduced to his mum – who called herself Kath Mitchell – in February 2014. 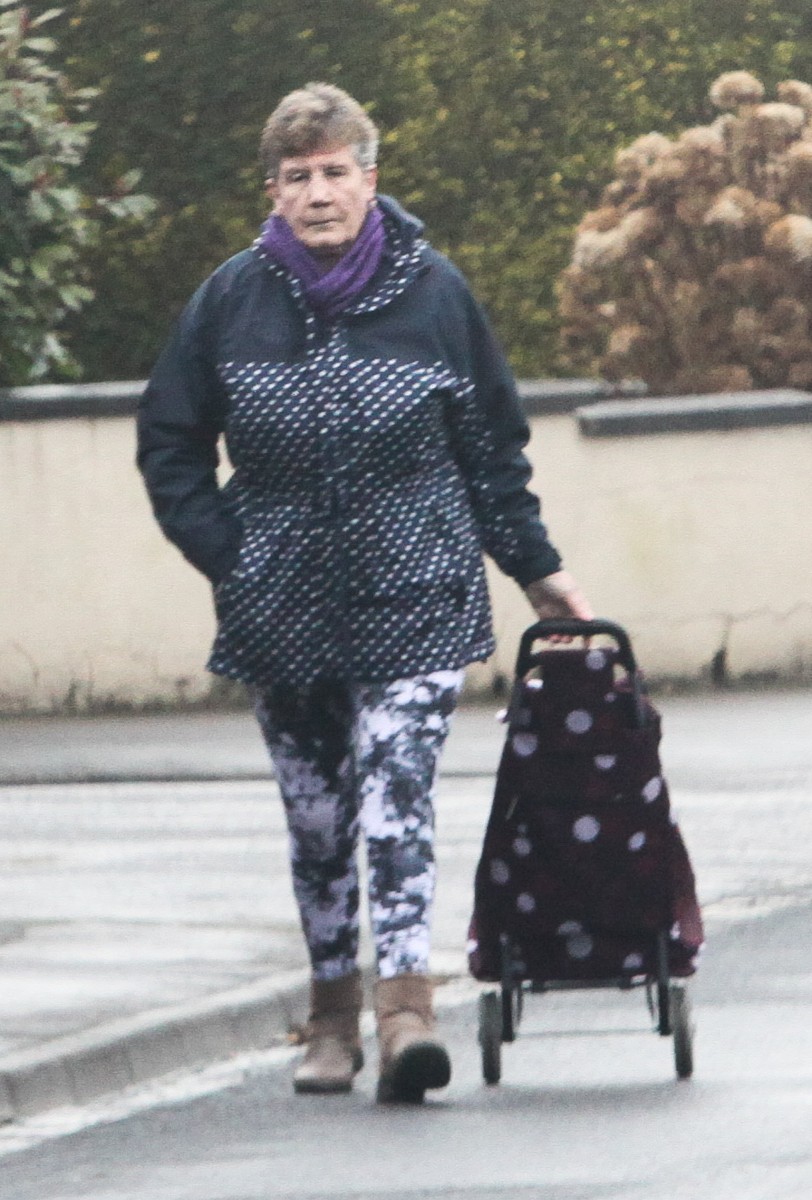 The pensioner – who called her son ‘Dan’ – talked solemnly about the death of her ‘granddaughter’, and didn’t challenge his Army tales, Rachael claims.

“Never once did she slip,” said Rachael. “You would have to give her an Oscar for her performance.

“She even called him ‘Dan’ in birthday cards.”

Last summer, the pair moved into Rachael’s home and she gave the pensioner her master bedroom.

But five months later, Rachael’s eldest daughter spotted messages on his phone from dating website Plenty of Fish, and she turfed the pair out.

A day later when she found a pension pay slip addressed to ‘Kath McCue’ – and the penny dropped.

She found an address for her in Bristol, where she lived with ‘Darren McCue’ and phoned his old house where she spoke to his ex-wife, 45, who told her the truth.

Rachael then uncovered a trail of women across Bristol and South Gloucestershire, who were duped by McCue. 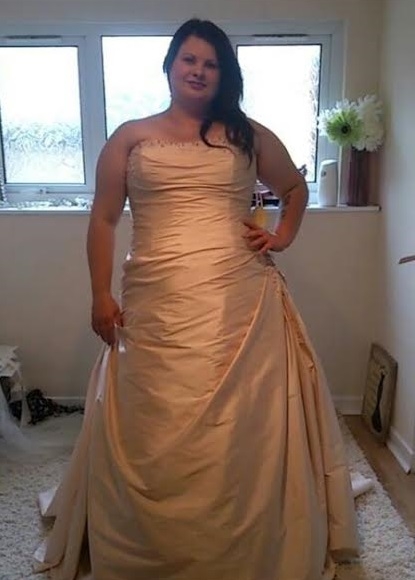 Rachel in the wedding dress she never got to wear

Debbie, 39, from South Gloucestershire, dated him for four months in 2013 – not knowing he was married – when he pretended to be ex-SAS ‘Danny Tanner’.

Furious Rachael posted a warning online and was approached by a hairdresser from Bristol who was engaged to ‘soldier’ Darren in early 2014.

Another woman, 44, from Bristol, also came forward to say the pair dated five YEARS ago, according to Rachael.

When confronted, Darren admitted lying to all four women.

His mother confessed to duping Rachael, but denied lying about her ‘granddaughter’ dying. 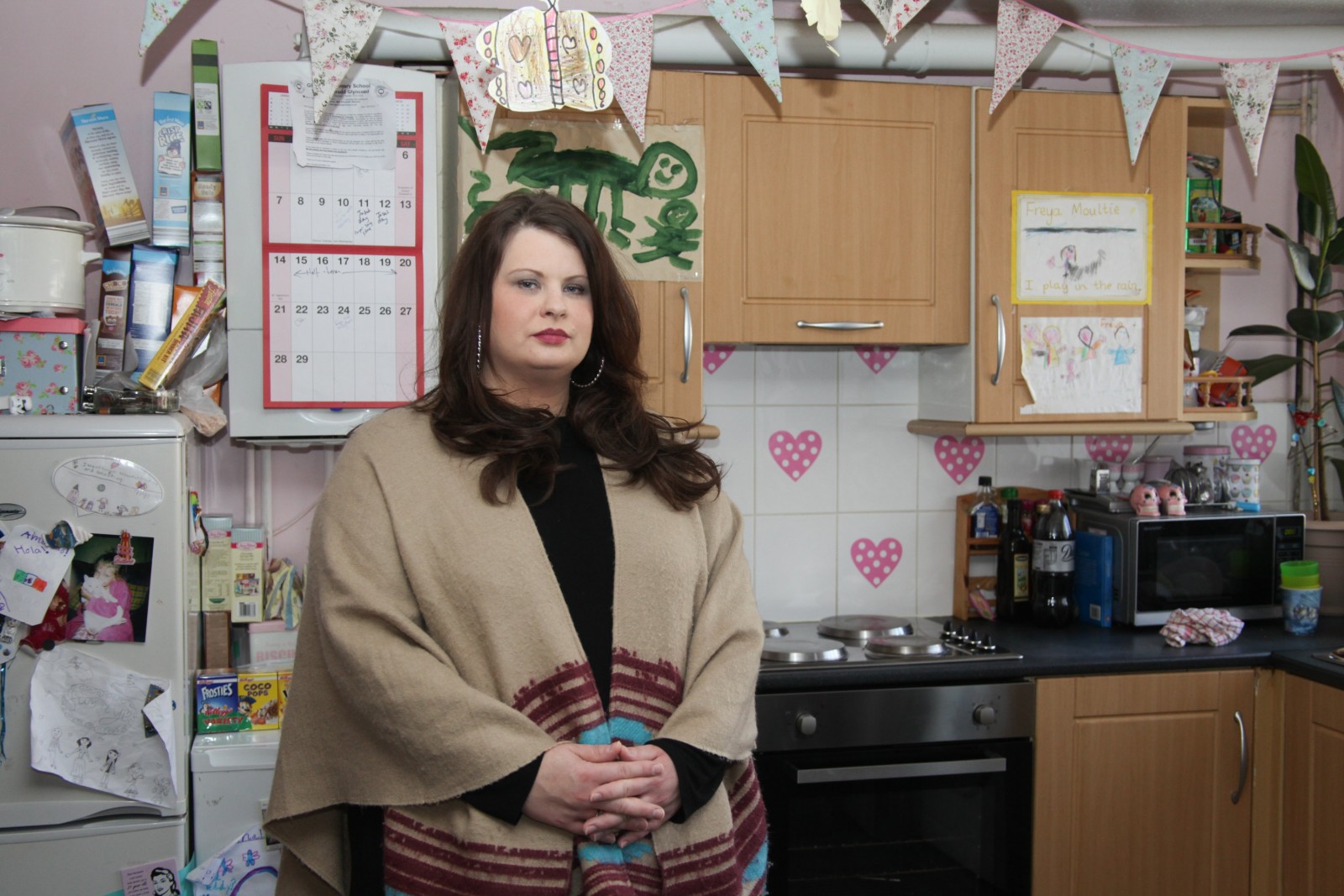 Heartbroken Rachel uncovered a trail of women who were duped by McCue.

Speaking from underneath a duvet cover on his mother’s sofa in Kingswood, Bristol, he said he was sorry.

“Basically I told a load of lies – that was it,” he said.

“My mum told me every day to say something. [I didn’t] because I’m a fool.”

Mrs McCue, added: “I didn’t know from the beginning any of this.

“I didn’t find out, oh, not for ages after my love. That’s the God’s honest truth.

“It had gone too far then.

“I had to do it. I didn’t want to do it because it was horrible.

“We’re sorry it all happened. We all are.”

The Ministry of Defence said: “We can find no evidence of an individual with those specific details having served with the British Army.”