Brave 96-Year-Old Chased Brazen Thief Out Of Her Home After Stealing More Than £100,000 Of Jewellery

A 96-year-old war veteran chased a brazen thief out of her home after stealing more than £100,000 of jewellery.

Brave Molly Luke, who is partially deaf and blind, woke up when the burglar shone a torch in her face.

Molly, who built munitions during the Second World War, described as a “force of nature” by family, chased the intruder down the stairs, but he managed to flee.

The family is now offering a substantial reward to anyone who can reunite Molly, of Churchdown in Gloucestershire, with her prize jewellery. 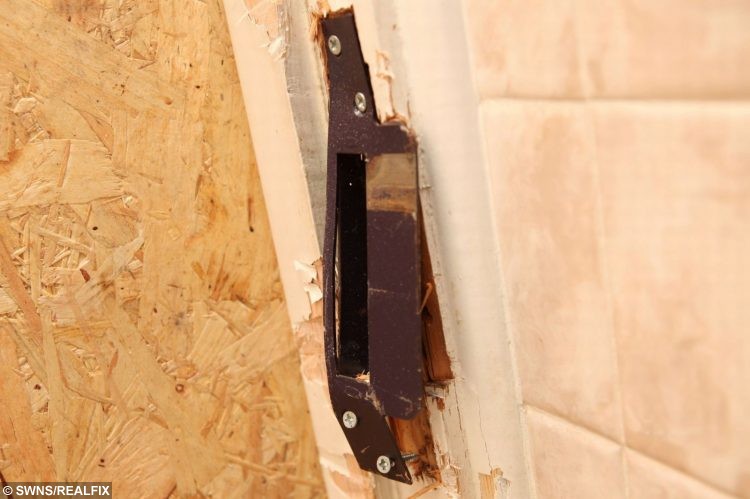 Molly says she has lost “60 years of memories” following the raid at around 8pm on Thursday night.

She added: “I was lying down in my bedroom because my back was in pain.

“I could hear some banging but I didn’t think it was anything. I just thought it was something outside.

“Then there were some noises inside but I thought it was my neighbour, who has a key.”

The man then sneaked into Molly’s guest bedroom and picked up three decorative boxes filled with jewellery, as well as some other jewellery loose on the dressing table.

He then went into Molly’s bedroom and shone a torch in her face while she lay in bed.

Molly said: “At first, I couldn’t see him. I was dazzled and I didn’t know what was happening.

“I then said, ‘Do I know you?’ I wasn’t frightened. I kept asking him if I knew him and he was just mumbling something. I couldn’t tell what he was saying.”

The burglar then ran down the stairs and out of the home. Molly pursued the man and started shouting out of the back door after him. 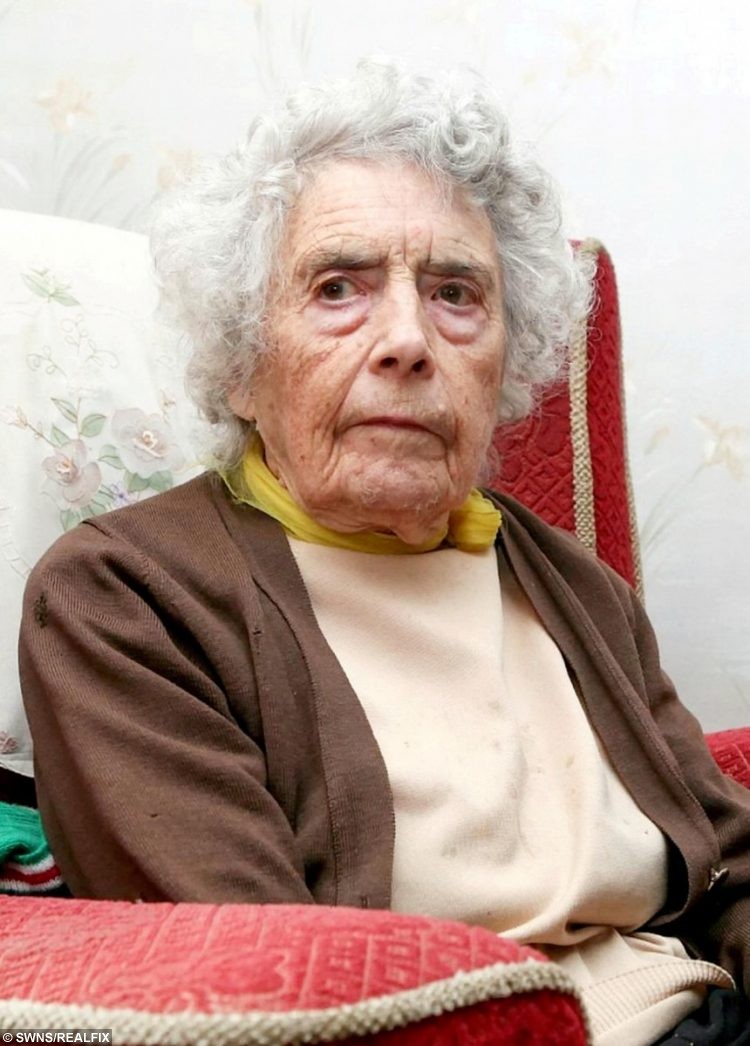 Kelly Denham-Reid, Molly’s great-niece, said: “That jewellery was her way of remembering her late husband and nephew.

“I can’t tell you how awful this is. This man has taken away 60 years of memories.

“He must have panicked when he realised she was awake and chasing him. He ran back and gave her one of the boxes, but he’d taken the valuable jewellery out.”

Shocked Molly then walked to a neighbour’s house in her dressing gown and stayed the night there.

She says the intruder was a man but was unable to provide more details about him.

Police were called at 8.20pm and have launched a probe into the incident.

Kelly was informed of the offence first thing on Friday morning and came straight from her home in Silverton, Devon, with her husband Richard.

She said: “It’s horrendous, just disgusting. This is a woman who worked in a munitions factory – an incredible, formidable woman.

“She is shaken up but she hasn’t let it beat her, she is from that generation.

“We’ve asked her if she wants to come back to Devon with us but she will not give up her independence and won’t leave the house.”

Some of it was given to her by her husband Vic, who died in 1994, and others by her nephew Kim Walter Hughes, who passed away in 2016. 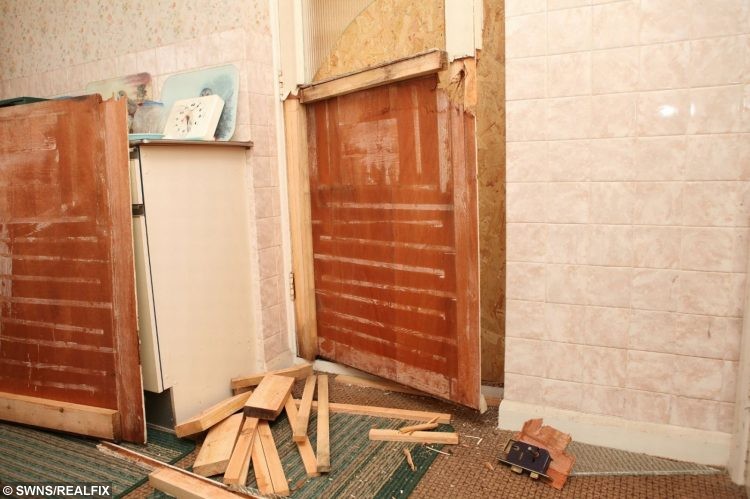 Kelly, added: “Molly never had children and Kim was like her son.

“She was saying all through this morning that the jewellery was how she remembered him.

“Everybody who ever loved her was tied up with that jewellery.

“She won’t stop playing with her fingers because she always used to play with her jewellery.”

One of the items was a ruby ring bought by her husband Vic just after the war was a large, pear-cut piece surrounded by seven large diamonds, each around three or four carats.

Kelly added there is a touching story behind the ring and said: “Just after the war ended, while Molly and Vic were still building their business, she was walking past a shop in Gloucester.

“She saw a beautiful ring.

“They literally didn’t have a roof over their heads at the time – they had a tarpaulin.

“But he bought her that ruby and she wore it every day for the next 60 years. For it to be taken is devastating.”

She said: “Kelly believes the burglar had been watching Molly for some time before committing the offence, a thought she finds “terrifying”.

She added that Molly enjoyed dressing “like the queen” and wearing her jewellery while doing out doing her shopping which was then she thought the culprit may have seen her valuables.

Kelly added: “He didn’t ransack the house, he knew where to look.

“Many of Molly’s family served in the military and did crucial work for the country during wartime, which means Remembrance Day is usually a special time for her.

Molly worked at the Dowty factory in Gloucester which made propellors for Second World War-era aircraft including the Hawker Hurricane, Supermarine Spitfire, and many other

Molly’s husband Vic was in the RAF during the Second World War and her brother spent time stationed in Hong Kong while serving in the army.

Meanwhile, Molly’s older brother Sid was part of a convoy blown up in Burma during the Second World War.

He was treated in a military hospital but his family did not know where he was or if he was still alive, until he returned to Gloucester a year later while her brother-in-law Lewis was a manager at a Forest of Dean mine during the war.

Following the end of the war, Vic and Molly bought a bombed-out building in Parton Road to set up a business.

Kelly, said: “They put a tarpaulin over the roof and bought a fish fryer.

“They lived under the tarpaulin and started a fish and chip shop.”

A Gloucestershire police spokesman said: “I can confirm that police were called at 8.20pm on November 8 by a neighbour of an elderly woman living in Pelham Crescent, Churchdown.

“The woman was at home when an unknown male entered her property via a downstairs back door while she was upstairs. The man has stolen her jewellery box containing jewellery of great sentimental value.

“The lady was not injured in the incident but is very shocked and upset. She has been cared for by the neighbour and relatives.”

If you heard or saw anything suspicious in the area please call 101 quoting incident number 422 of November 8.

Daring Couple From Chicago Traveled 3,500 Miles To Elope On The Gale-Lashed Isle Of Skye

Daring Couple From Chicago Traveled 3,500 Miles To Elope On The Gale-Lashed Isle Of Skye