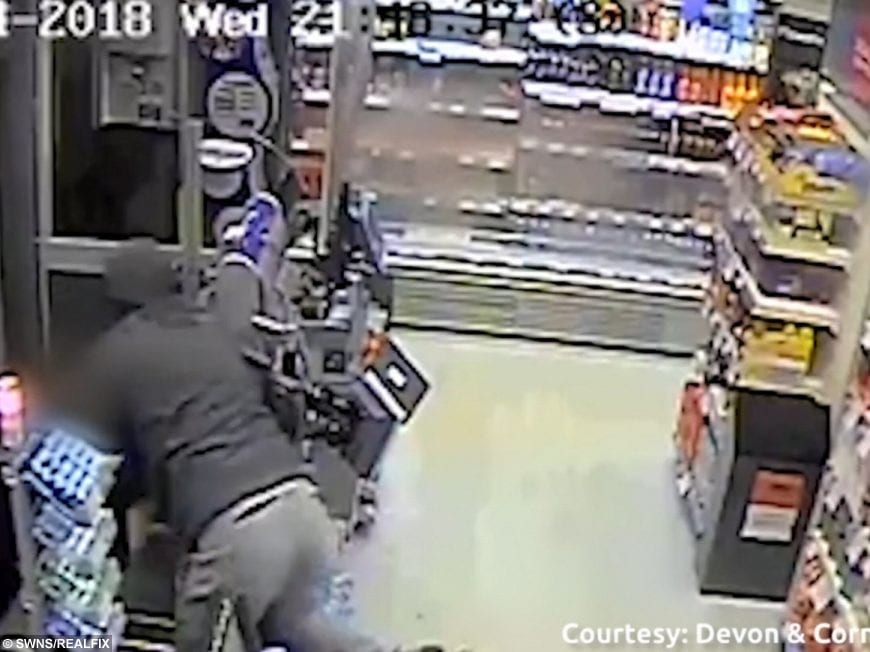 A female shop worker was caught on CCTV bravely fighting off an armed robber.

Cody Ware and Matthew West, both 28, entered the store together and West approached the counter shouting ‘give me your f****** money’.

Footage then shows West brandishing an electricity top up meter key as a weapon.

But the female shop worker barricaded the counter door leapt forward and wrestled with him.

West pushed and pulled the woman repeatedly but she held fast. 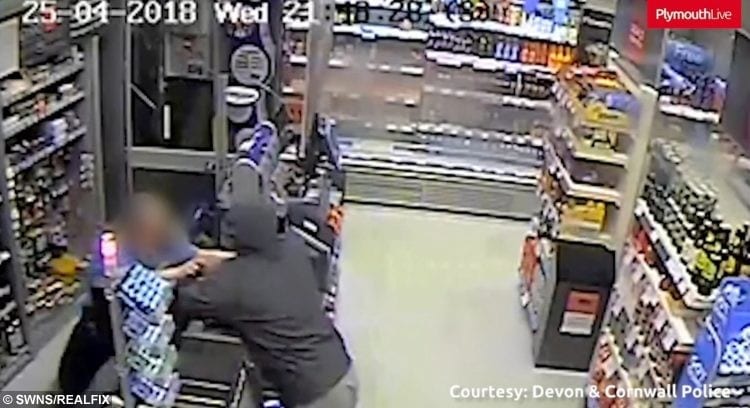 The court heard the woman was left “petrified and shocked”, hysterically shouting for her colleague who was in the shop office.

He eventually fled after grasping around £90.

The two men have now been jailed for four years apiece after they pleaded guilty to robbery at Plymouth Crown Court following an incident on the evening of April 25 at a Co-operative store in the city.

Judge James Townsend, was told both men were already on licence for another joint robbery.

Police attended their address at a bail hostel in Plymouth, Devon where they found the pair and clothes matching those in the CCTV footage.

In interview West admitted his guilt, saying he was “very very sorry” for the incident, adding that he and Ware were stealing to get money for crack cocaine. 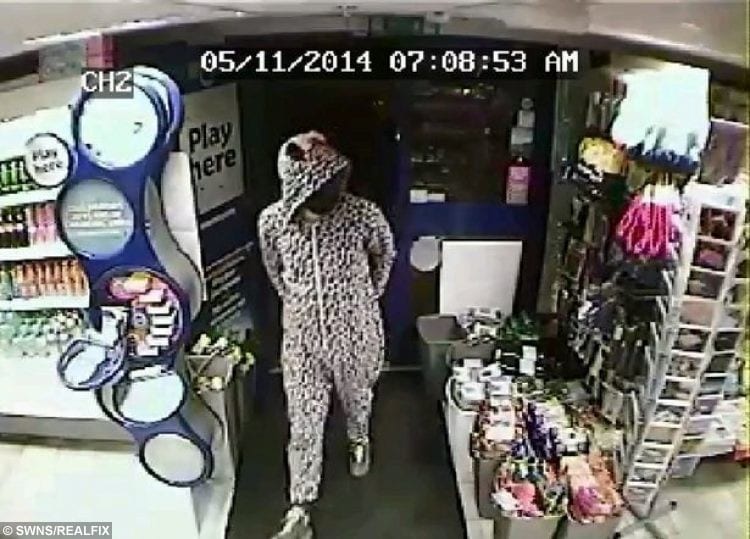 Matthew West pictured in 2014 when he robbed a newsagents while wearing a onesie.

He later wrote a letter of apology to the shop worker.

The court heard how Ware had been given a five year term in January 2015 for two offences of robbery and one of attempted robbery, which took place in November 2014.

On those occasions he had acted as a getaway driver to knife-wielding co-defendant West, who was bizarrely disguised in a leopardskin onesie during some of the robberies.

The pair raided two newsagents and a petrol station. 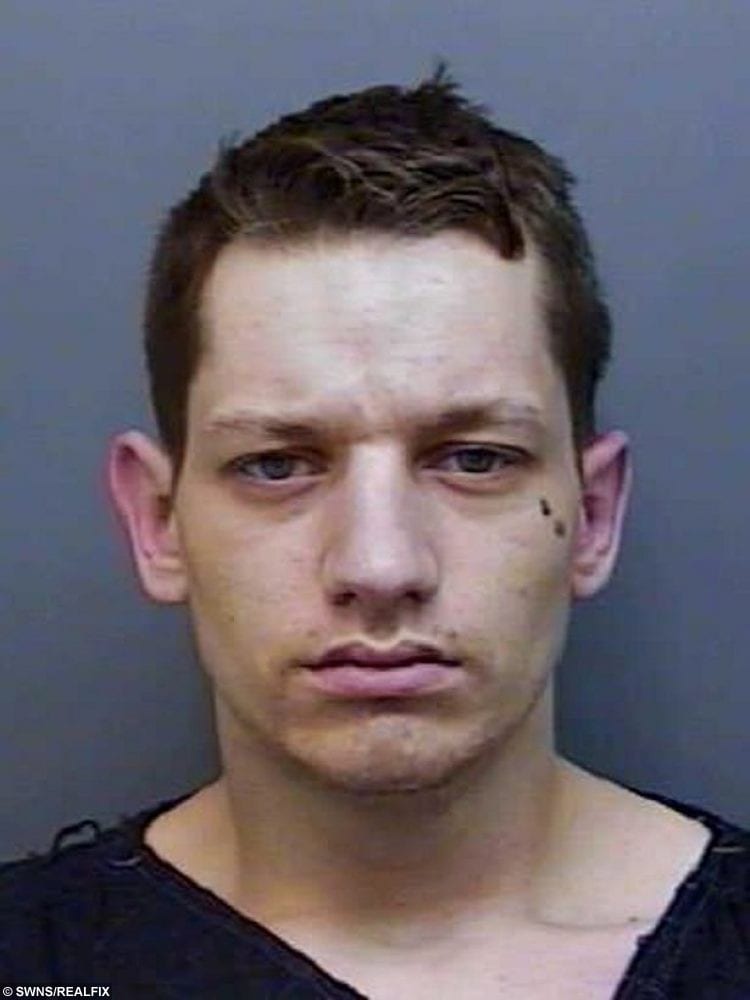 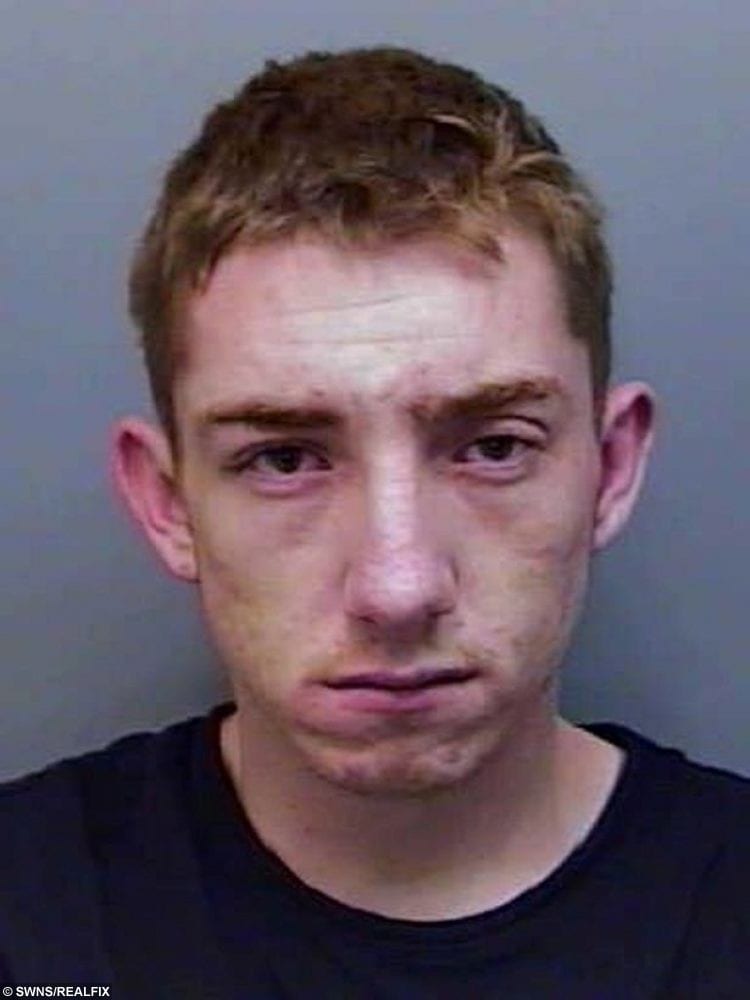 In January 2017 Ware was handed another 28-months after he was caught with 2.9 grammes of the former legal-high ‘Spice’ and 31 anabolic steroid capsules in his cell at Dartmoor Prison.

Appeal court judges in London later halved his 28-month term, claiming it was “significantly above the guidelines.”

Judge Townsend sentenced both men to four years imprisonment and both were ordered to pay a victim surcharge of £170.