This is the battered face of sex attacker Johnathon Paul holmes who was clobbered by his terrified victim with her KEYS as he tried to rape her - leaving him looking like FrankensteinÃs monster. See Ross Parry copy RPYKEYS : Johnathon (corr) Holmes, 35, dragged the woman into a hedge but she hit him in the face with her keys and bit down on his tongue as he forced it inside her mouth. His police mugshot bears an uncanny resemblance to FrankensteinÃs monster and he has now been jailed for four-and-a-half years for the horrific attack. His victim told Sheffield Crown Court: ÃI believed without a doubt this man was going to rape me.

This is the battered face of a sex attacker who was clobbered by his terrified victim with her KEYS as he tried to rape her – leaving him looking like Frankenstein’s monster.

Johnathon Holmes, 35, dragged the woman into a hedge but she hit him in the face with her keys and bit down on his tongue as he forced it inside her mouth.

His police mugshot bears an uncanny resemblance to Frankenstein’s monster and he has now been jailed for four-and-a-half years for the horrific attack.

His victim told Sheffield Crown Court: “I believed without a doubt this man was going to rape me.

“My life would have been over – he might as well have killed me right there. I was so terrified but so angry.”

Creepy Holmes was caught on CCTV in Sheffield city centre hiding behind walls and watching lone women after he had spent the afternoon and evening drinking in town.

Around midnight on November 1 he started following a 21-year-old woman as she made her way home from work, stalking her through the streets for more than a mile.

The woman who realised she was being followed crossed the street three times in an attempt to escape him.

As Holmes continued to pursue his victim she took out her mobile phone to call her partner and put her keys inside her hand to protect herself if needed.

Holmes then ran at her pushing her into bushes close to the Nuffield gym on Napier Street – close to where Sheffield Hallam University student Caroline Everest was last seen with a man in the early hours of November 22.

The woman managed to punch him twice in the stomach with the keys in her hand and started to scream.

Sick Holmes forced her on her back and climbed on top of her, sending her the chilling message: “You are going to enjoy this.”

Holmes began to grope her breast as his victim tried to hit him in the stomach, face and neck while screaming for help.

He told her to shut up and put his hand over her face and then forced his tongue into her mouth.

The woman bit down hard on his tongue and Holmes began to lose his grip on her.

Rachael Harrison, prosecuting, said the victim managed to get herself into a position over Holmes where she could put her keys against his neck and throat.

Two passers-by heard the woman’s cries for help and Holmes jumped over some railing as he tried to escape, injuring himself in the process.

Ms Harrison said his victim said: “He won’t do anything like this to a woman again.”

Police caught up with Holmes at 1.30am and he later told officers he couldn’t remember what happened due to drink.

Holmes who appeared via video link from prison, previously admitted sexual assault was jailed for four-and-a-half years on Tuesday (December 1).

In a victim impact statement read to the court, his victim said: “A few days ago I read about the body of a missing girl being found not far from where I was attacked. It made me sick to my stomach and brought everything back.

“I just want this all over so I can go on with my life.”

“As soon as I got home and locked the door, I completely broke down. What happened to me was my worst nightmare.

“The whole thing replayed in my head for days. Now going anywhere after dark is really stressful for me.

“I often think about how much worse it could have been. Even though I know he is locked up, sometimes I’m scared he will come after me again.”

She said: “He can’t say why he has acted as he did.

“When he was interviewed by the police, he said he had no recollection of the incident but if it looked as though it was him, he was sorry for his actions.” 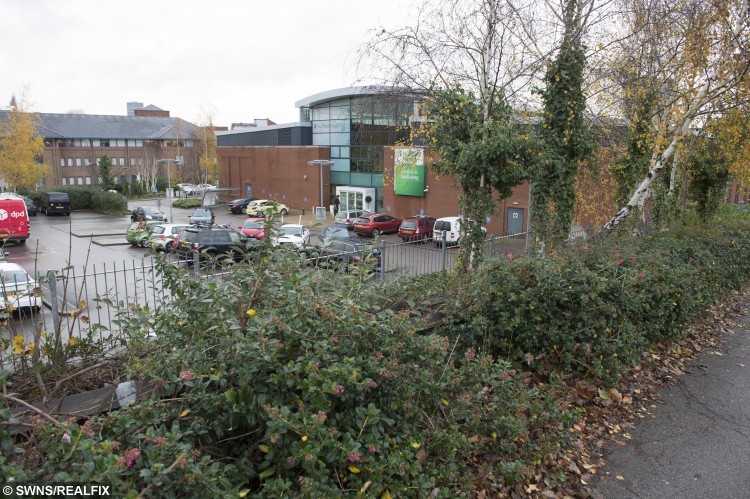 Sentencing Holmes, Judge Sarah Wright praised the woman for fighting back as well as the help from passers-by.

She told Holmes she had “no doubt whatsoever” he had targeted the young woman deliberately.

She said his victim had “fought back with considerable bravery and courage”.

She said: “No one listening could fail to have been moved by her words.

“It is clear to me from hearing her words that what you did had a devastating effect upon her.

“She is not able to continue her life as before.

“The effects of your actions will live with her throughout her life.”

A family’s desperate fight to keep their baby alive

A family's desperate fight to keep their baby alive