A brave woman has told how she finally brought her ‘monster’ ex-partner to justice after suffering 35 YEARS of abuse at his hand including being raped three times.

Ruby Smith’s mental and physical torment at the hands of violent Andrew Parkin, 53, was so extreme that she was left with a stammer.

The mum-of-three, 52, gave evidence via video link in court against her ex who was jailed for seven years at Sheffield Crown Court earlier this month.

But she has vented her disgust at Parkin’s jail-term, who could be eligible for parole after serving half his sentence, saying “I’ve got a life sentence in here”. 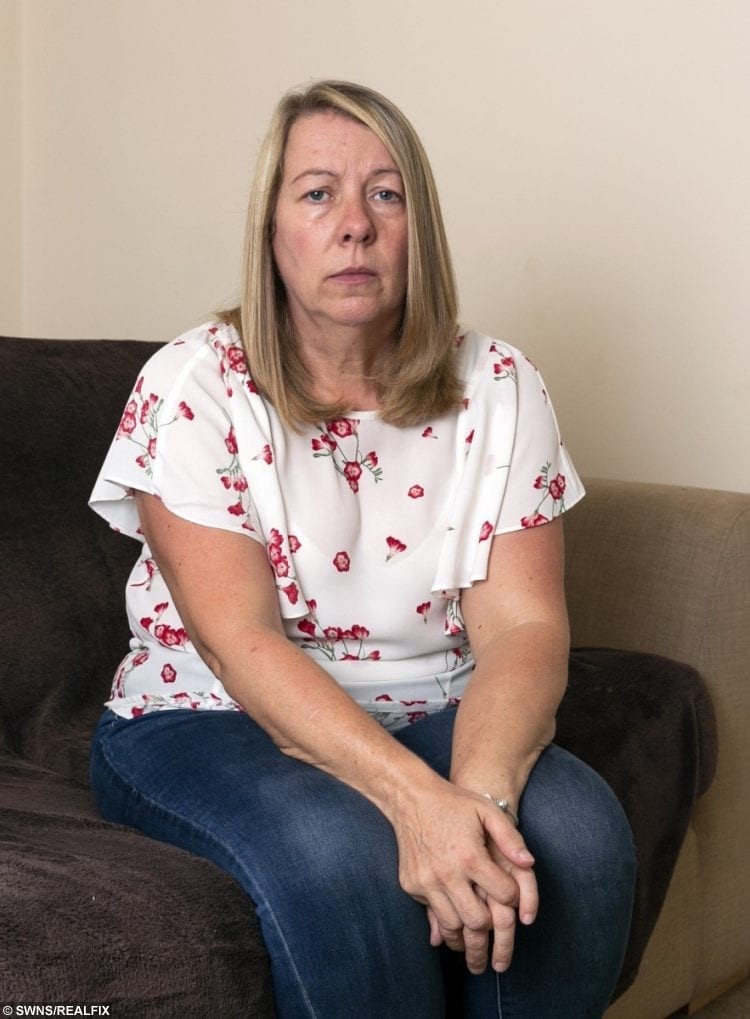 Parkin attempted to control Ruby’s every move and justified his actions by telling her it was “out of love”.

At the height of the physical abuse, she recalls being beaten to a pulp, trying to jump out of a 60mph moving car to escape him and being throttled with snooker cue.

But it took an even more sinister turn in August last year when Parkin, who was living with another woman at the time, burst through Ruby’s bedroom door and raped her.

He went on to rape her twice more including when their severely disabled son, who has since died, lay in the next bedroom at the family home in Doncaster, South Yorks., which was in Parkin’s name.

Ruby managed to pluck up enough strength to report his crimes to police last year after Parkin became aggressive towards their children.

He turned up unannounced to the family home and demanded to know where she was after Ruby went into hiding.

She has now waived her anonymity to tell her harrowing story in the hope it will encourage other victims to come forward.

Parkin, from Bentley, was found guilty of three counts of rape and one count of controlling or coercive behaviour in an intimate or family relationship on September 5. 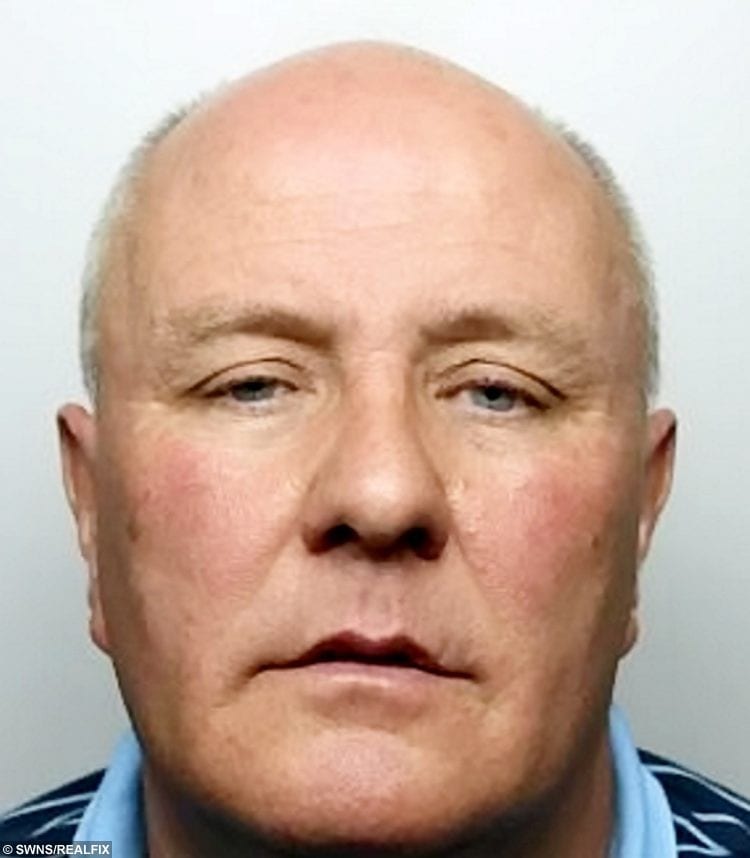 Speaking after the sentencing, Ruby said: “He never took responsibility for anything he did in his life. It was always my fault.

“After a while, I started to believe I was the one to blame.

“I’m not happy with the sentence because he could be out in three-and-a-half years but I’ve got a life sentence in here.

“I want people to know how low he stooped to hurt me. I want everyone to know what that monster did to me and I want other women to know there is support if they speak out.”

Ruby was just 16 when she met Parkin, with whom she went on to have three children with, and the abuse began almost immediately.

“In the first 15 years he would brutally assault me, beating me to a pulp while I lay curled into a ball waiting for him to stop,” she added.

“After that, he realised he didn’t need to hit me anymore because I was so scared all it took was a look.

“It might sound strange but to me, I didn’t matter because I’d been told for so many years I was worthless that I believed it.

“He told me all the time that no one would ever love me like he did and it was because of his love that he had to control me.”

It got to the point where Ruby barely left the house, would wear baggy clothes and avoid putting on makeup lest it rouse his jealousy.

Parkin would follow and surveillance Ruby by calling at least 10 times most days and if she failed to answer immediately he would fly into a jealous rage.

When she tried to leave him early in their relationship, he took an overdose and told her that if she ever left him he would kill himself.

Despite his obsessive jealousy, Ruby described how he embarked on numerous affairs while they were together.

Even after moving in with another woman, Parkin refused to loosen his grip on Ruby.

He chillingly once told her: “I’m going to come to the house every day to check on you and I’m going to keep ringing you because I need to know at all times where you are.” 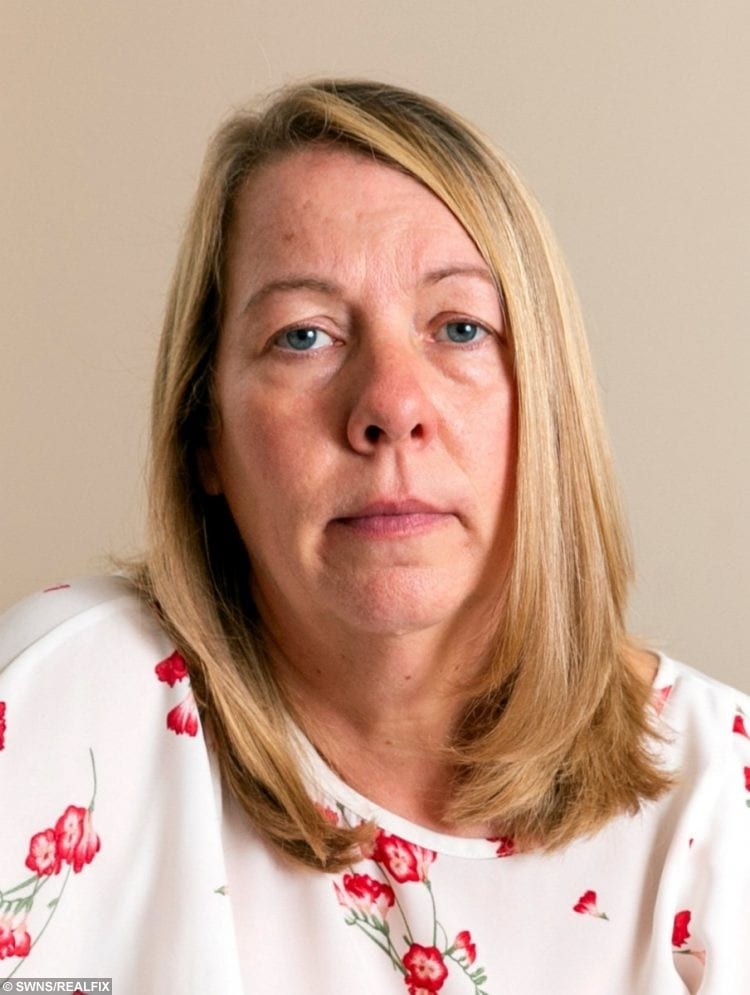 The first rape occurred on August 5 last year after Ruby had returned from a friend’s wedding,

Ruby was then raped a second time a few weeks later while at their son, Craig’s bungalow who was in the next bedroom with two carers.

She was raped for a third time the following Tuesday in the kitchen of her home after a night shift.

Ruby then went into hiding but Parkin turned up at her house ‘like a man possessed’ and became aggressive towards their son and daughter-in-law who were living with her at the time.

The threats made to their children was the final straw and Ruby then bravely contacted police who arrested Parkin.

“The first month after I’d gone to the police was like a bereavement for me because I’d accepted that life,” she said.

“But now I go round the house and say to myself ‘I did it, I stood up to that monster and I’ve come out the other side’.”