Britain’s oldest copper made an epic arrest after a high-speed road pursuit and foot chase to arrest a man 45 years younger than him.

Special constable Keith Smith, 74, was out fighting crime in Benfleet, Essex when he tried to pull over a 29-year-old suspect Paul Tait.

However, the driver failed to stop for Constable Smith – which lead to Mr Smith pursuing a high-speed police chase in his patrol car.

Following a short car chase, the driver of the car pulled over and fled on foot.

Constable Smith leapt out of his patrol car and gave chase to the man on foot through residential gardens in Benfleet, Essex.

Following the pursuit through the neighbourhood, Constable Smith located the suspected in the garden of a nearby house and managed to subdue and arrest him. 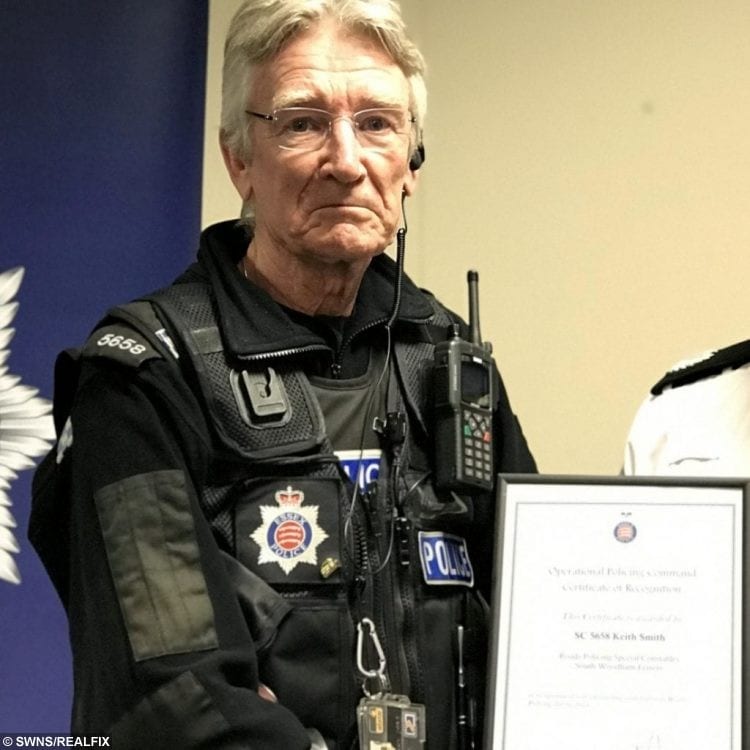 Keith Smith said: “What I did is nothing special, my unit do that sort of thing several times a week.

“It is just the age thing. Age is just a number, I am nothing special just still fit and active fortunately.

“There are many other police officers much more deserving of praise than myself.

“I am embarrassed by the publicity.”

Paul Tait, of no fixed address, has been charged with driving while disqualified, driving without insurance, failure to stop and harassment.

He is due before Southend magistrates, in Essex today.

Mr Smith’s efforts have been widely praised on social media by various figures in Essex Public and members of the public. 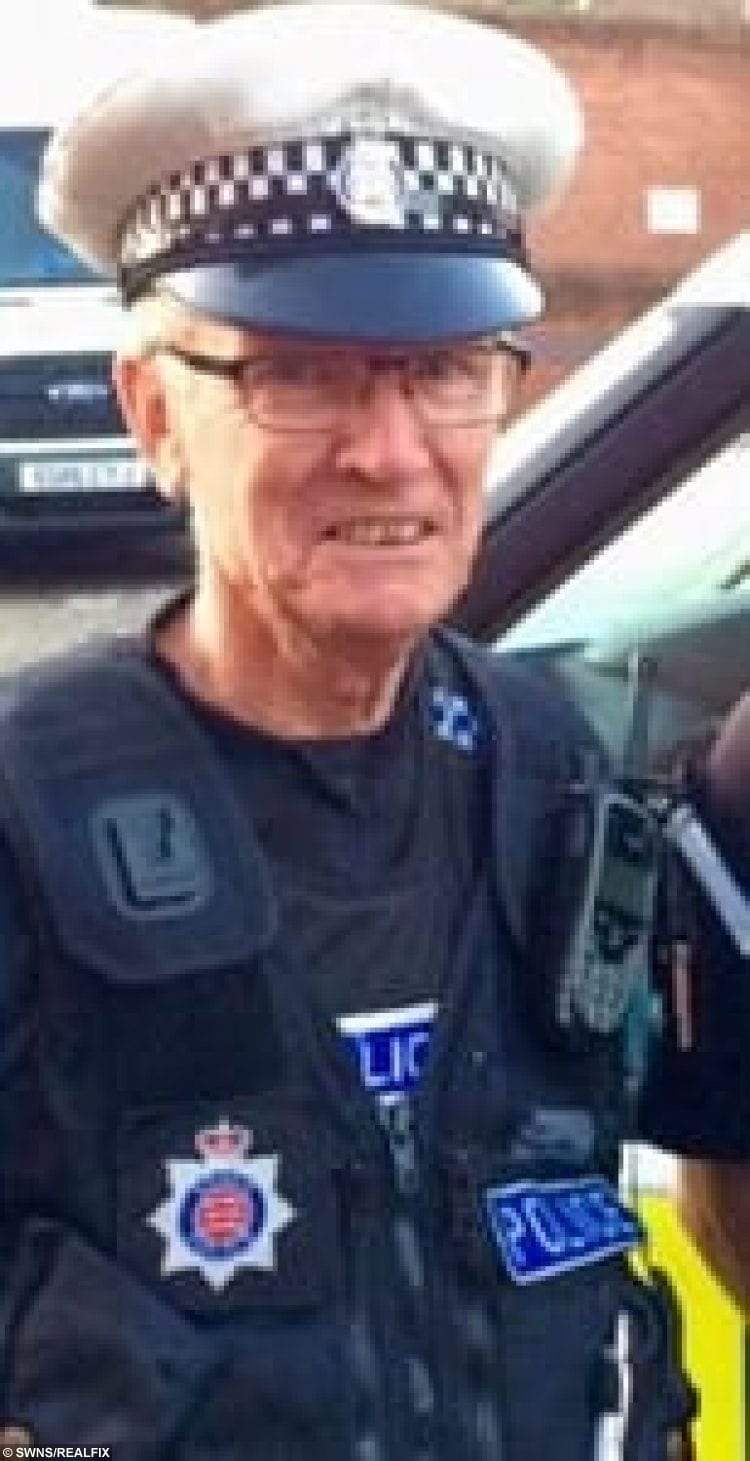 The Essex Roads Policing Unit tweeted on Tuesday afternoon: “Our very own Special Constable Keith Smith has just had a vehicle FTS for him in Benfleet.

“Despite being 74 years old he engaged in not only the pursuit but a foot chase detaining the suspect in the gardens of a nearby house.”

Colchester resident Joshua Darling tweeted: “Surely Keith should have his feet up relaxing not chasing billy the burglar! Great work though, makes me feel like joining Essex Specials.”

Another resident tweeted: “What an absolute legend!! Someone write to Queen and get him an OBE or sommat!”