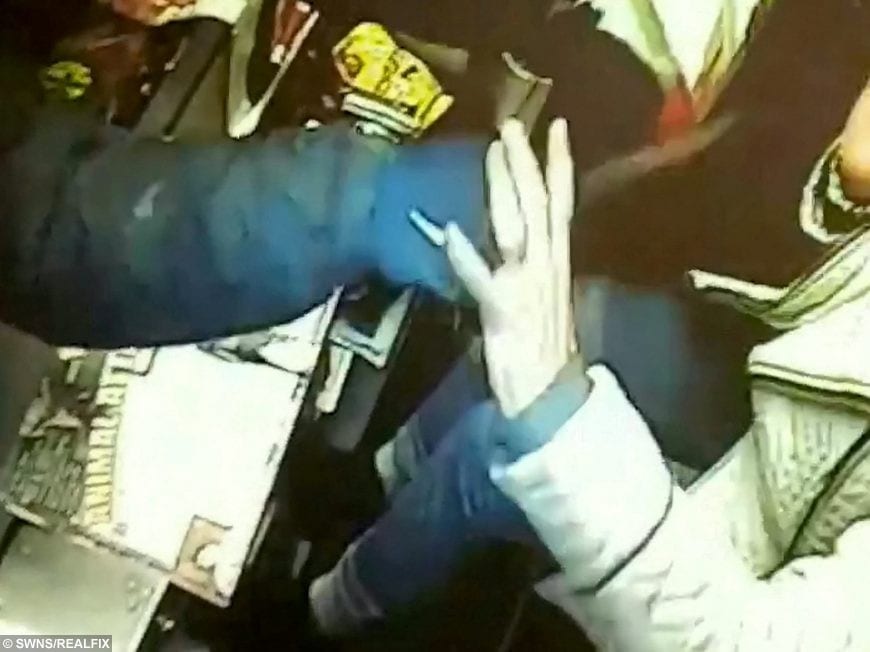 This is the moment a quick-thinking female shop assistant tackled an armed robber who lunged at her with a knife – by giving him a SLAP.

Brave Kez Bullock. 39, was captured on CCTV clobbering the thug with her left hand when he jammed an 8ins blade towards her face.

Footage shows Kez sitting behind the counter when two thugs burst in demanding cash from the till on Sunday (26/11) night.

In the four-and-a-half minute recording, one of the robbers is seen leaning over the till, brandishing a knife and plastic bag. 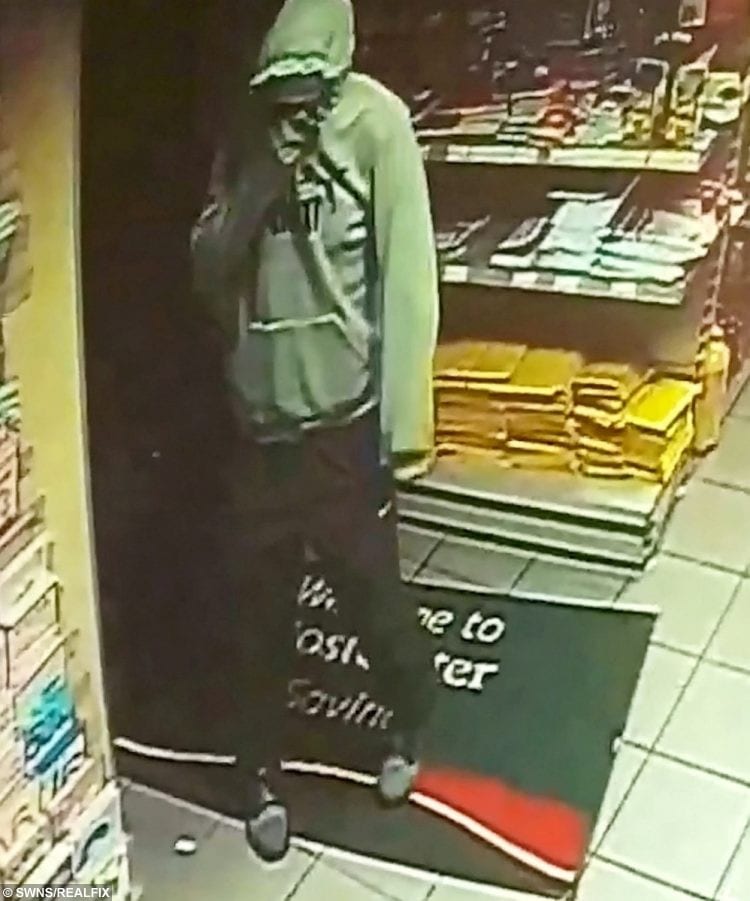 A businessman has told how a masked raider threatened one of his ‘terrified’ shop assistants by holding a knife to her face during an armed raid on his Stoke-on-Trent store.

He then walks down the aisle, still holding the blade, before returning to the till along with the second raider, who had been standing watch by the door.

The robber then lunges across the till and an over-head security camera captures the horrific moment the knife comes within inches of Kez’s face.

Incredibly, she is able to parry the blow by slapping the robber’s hand before she opens the till and hands over money to the thieves.

He holds the blade and bag near her again as she is forced to fill the bag with tobacco and cigarettes before they fled on foot. 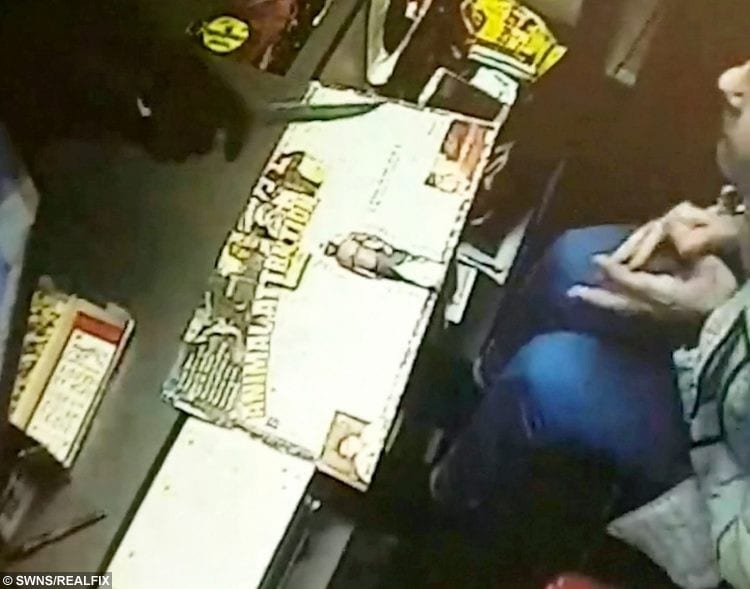 The raid took place at the Costcutter store in Keelings Road, Stoke-on-Trent, at around 5.30pm.

Shopowner Harjinder Grewal, 39, said the knifeman pulled out the weapon and shouted “give me the money” before escaping with £450 in cash along with cigarettes and tobacco.

Harjinder, who has run the store for 11 years, said: “One of my employees was working on her own when two men came in with their faces covered.

“One was holding a hoodie over his face and was stood by the door.

“The other man came to the counter and said, ‘give me the money’, and held a knife at the shop assistant.

“She gave him all of the money in the till.

“Somehow she managed to slap his arm away as he came at her with the knife. She reacted instinctively and it probably saved her life.

“It was all over in less than a minute and there were no customers in the shop at the time.

“The worker was shocked.

“She did try to press the panic alarm but was too terrified.” 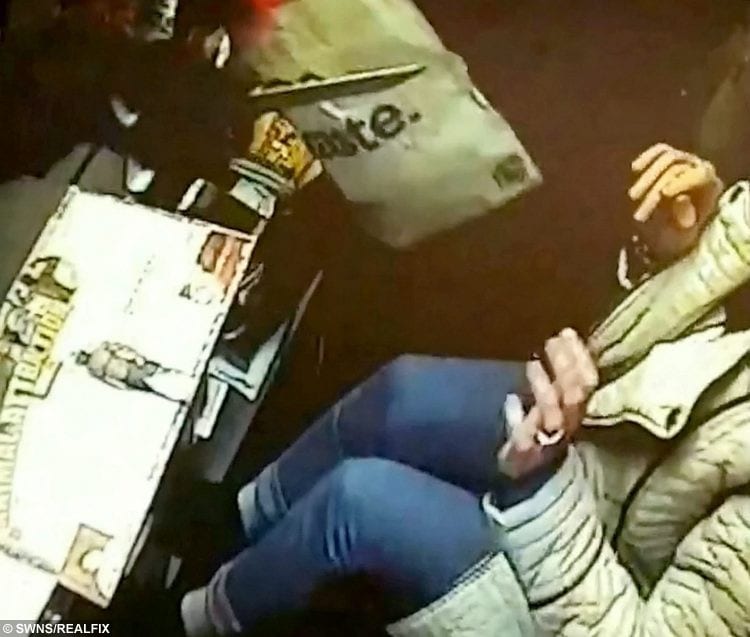 Harjinder lives above the shop and post office and was out at the time of the robbery.

He added: “We have never had anything like this before.

“The cashier did the right thing in handing over the money.

“Money and cigarettes are replaceable.

“The robbers were wearing distinctive clothing.

“I hope someone will know who they were and inform the police so they can be arrested and brought to justice.”

Police are now hunting the robbers. 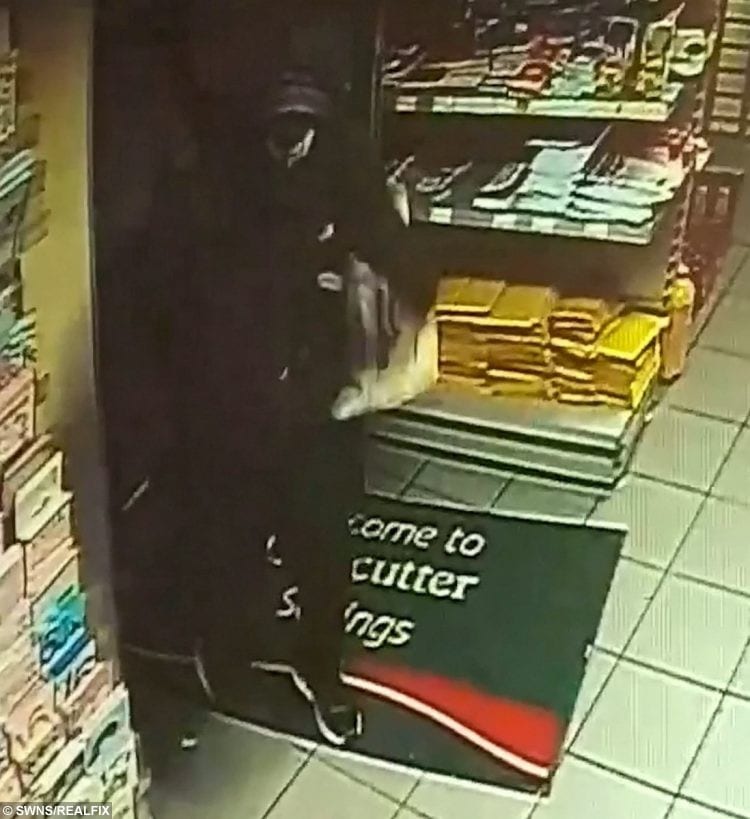 A Staffordshire Police spokesman said: “The two men entered the store at 5.23pm and threatened the woman behind the counter with a knife.

“They then demanded she hand over all the cash in the till and the cigarettes on view.

“CCTV footage shows them stuffing approximately £400 in cash, three bags of tobacco and seven packets of cigarettes into a cream Tesco carrier bag before running out of the store.

“The two men have been described as both white, around 6ft 2ins, slim built with navy blue bandanas around their faces.

“The first man was wearing a North Face black jacket with a stain on the right forearm, blue Nike gloves and black Nike trainers with white soles.

“The second man wore a light grey hooded top with a motif on the chest, dark blue jeans and dark footwear.

“He had also scrunched up the sleeves to cover his hands during the robbery.” 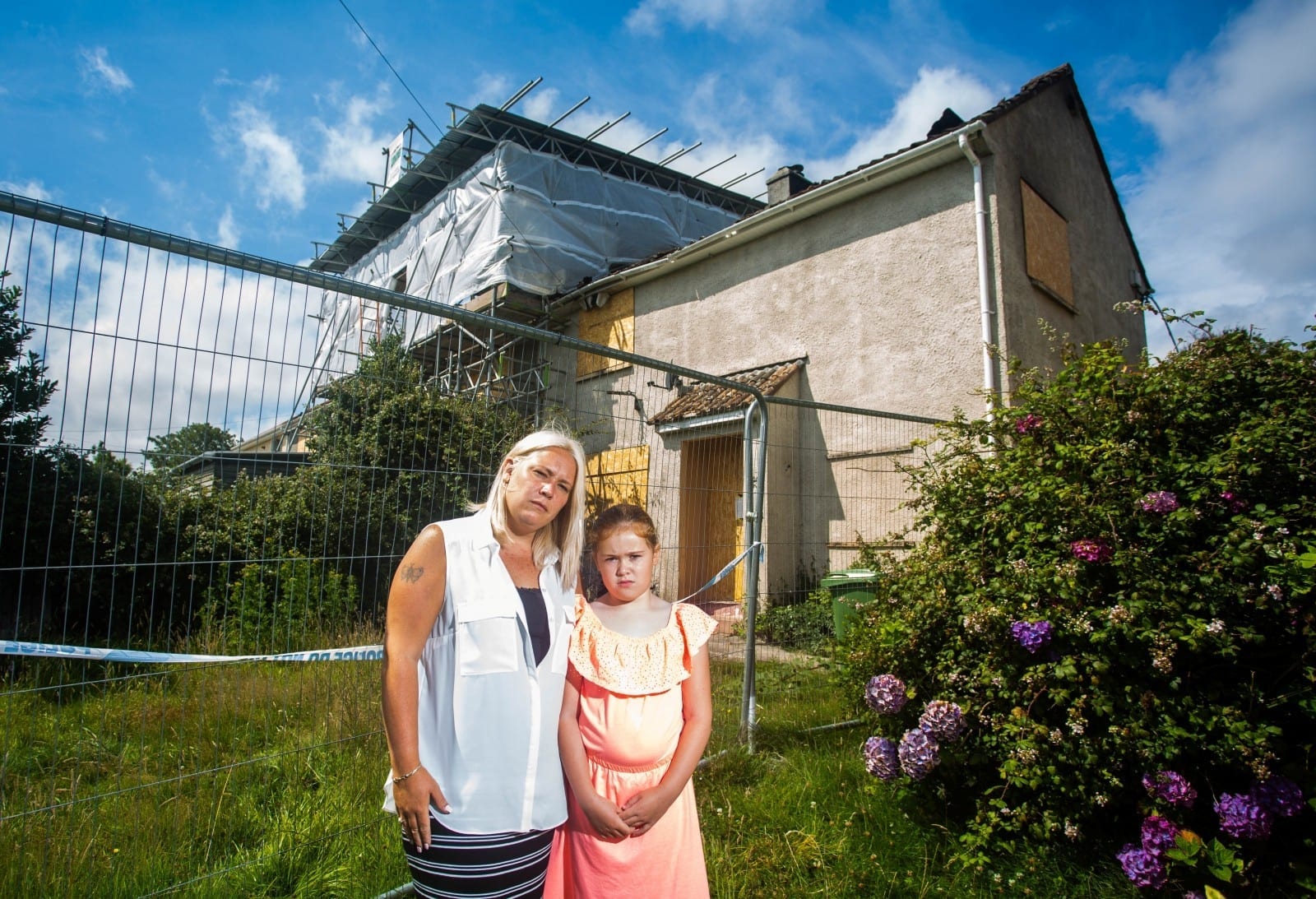