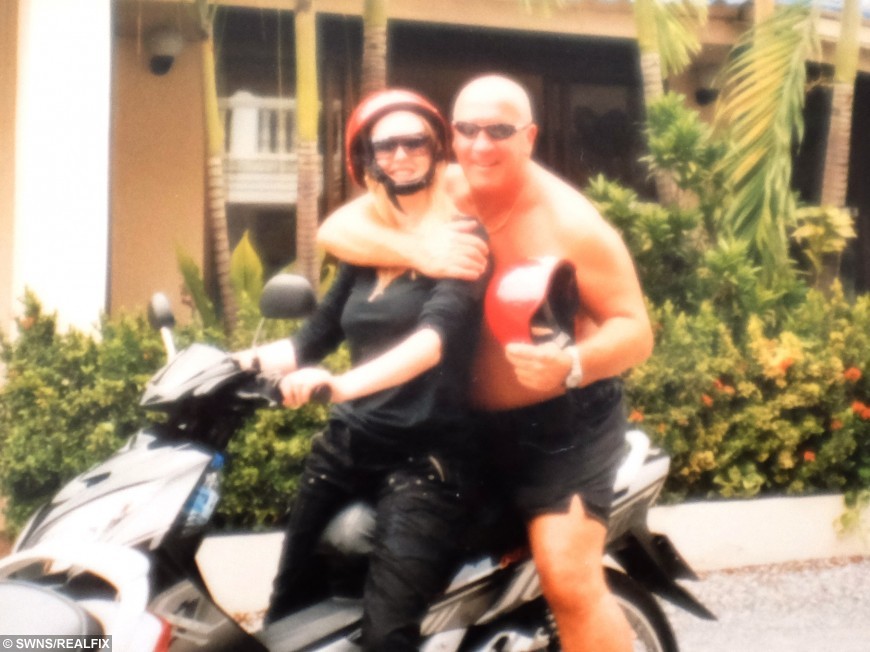 When Neely Spencer discovered her mum Jane Wiggett had been murdered, her whole world fell apart. 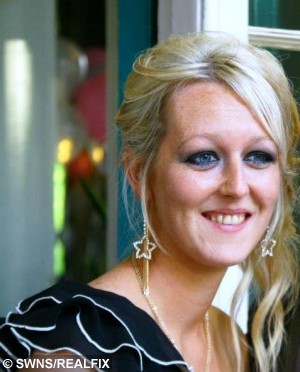 Neely doesn’t want to lose both her parents

But just as she was reeling from the shock of suddenly losing one of her parents, the police delivered another devastating blow.

Neely’s dad, Daniel Spencer, was the suspected killer and a manhunt was launched to track him down.

Spencer was eventually caught and arrested in a hotel near Birmingham Airport as he attempted to flee the country.

The 59-year-old had beat and strangled his ex-wife, Jane, 57, in July 2013, before hiding her petite body in her bed with pillows and blankets tucked around her.

He’d told family members that she had gone on holiday.

But three weeks later police discovered her body in her flat in Cheltenham, Gloucestershire.

Dad-of-two Spencer – who has always denied the brutal attack – was convicted of murder in August 2014 and sentenced to life in prison.

But despite the outcome, Neely, 29, has vowed to stick by her dad.

She says: “I know Dad was found guilty of murdering my mum, but I still love him.

“The verdict hasn’t changed that and I can’t just switch off those feelings. I would never disown him – no matter what.

“It doesn’t stop me thinking about my mum and missing her every day. But I’ve already lost one parent, I couldn’t cope if I lost the other too.”

She added: “My mum’s not around anymore and I can never speak to her again, but I can still talk to my dad and see him if I want to.

“Dad and I have written letters to each other, we speak on the phone most days and I go to visit him in jail.

“In some ways it’s worse that Dad’s here and he’s living because I can’t just see him and speak to him whenever I want to. 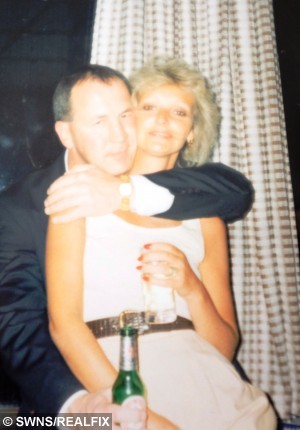 Neely’s parents had a turbulent relationship

“I know Mum can never come back, but I’m missing them both and grieving in separate ways for each of them.”

Neely’s parents had a turbulent relationship and when she and her older brother, Daniel, now 30, were in their teens they announced they were separating.

Neely says: “Mum and Dad loved each other, but they were very up and down.

“They’d argue a lot, but they tried to keep us out of it. I knew they never really meant the things they said to each other in the heat of the moment.”

But when her mum moved out of the family home and into a flat nearby, Neely was devastated.

She says: “It all got too much for her and she needed space. I was upset, but I knew it was for the best.

“I was a daddy’s girl at heart, so I stayed with him. I still saw her every day though.

“She would come over all the time. And even though they were no longer a couple, they got on well.

“I knew Dad wanted them to get back together.” 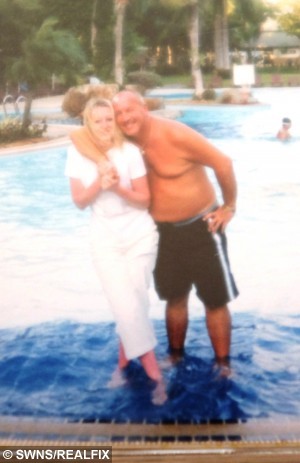 The couple had their ups and downs

But Jane called the police in 2005 and claimed Spencer had tried to strangle her. No further action was taken and the following year the couple divorced.

Neely, then 20, says: “I was shocked and didn’t really know what to think, but Mum and Dad made up soon afterwards.

“Even after they got divorced, they continued to get on well.

“Dad would do anything for her. He was frightened of losing her and never wanted her out of his life.

“He’d tell her he loved her and they would spend lots of time together, especially when she became ill with heart disease and emphysema.

“Dad would go along with her to hospital appointments.

“Mum said she thought he was overbearing, but I just thought he cared about her.

“He was trying his hardest to do what he could to get Mum and him back together – that’s what he wanted to do.

In 2006, Neely met the father of her children and went on to have sons, Mason, now seven, and Finley, now five.

They split in 2010 and Neely met a new partner the following year.

She says: “The boys bought Mum and Dad closer. They both loved being grandparents and doted on Mason and Finley. 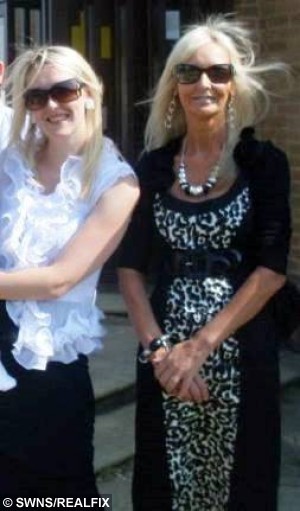 Neely with her mum Jane

“Now they’re missing doing things like going to the park or having a bedtime story read by their nanny and grandpa.”

In July last year, after unsuccessful attempts to win his ex-wife back, Neely’s dad lost control and strangled Jane before hiding her body in her bed and covering it with pillows and blankets.

Neely had been on holiday at Butlins in Minehead, Somerset, with her family at the time and completely oblivious to what had happened.

She says: “I’d spoken to Mum before I went away and she mentioned she was planning on going on holiday.

“She was quite vague about it all and didn’t say who she was going with or where exactly.

“I assumed she must be going with someone dad wouldn’t approve of.

“While I was away I spoke to Mum briefly on the phone, but the signal was poor, so I told her I’d ring her back later.”

“When I tried to call her again it wouldn’t connect. But I thought: ‘I’m back in a couple of days I’ll speak to her then.’

“I tried ringing Mum when we got home from our break but her phone went straight to voicemail.

“It was weird, but I figured her mobile might have run out of battery.

“I tried the landline and it was off too. So I called Dad but he didn’t answer either.

“Over the next few days I tried to get hold of Mum and Dad with no luck.

“When Mum didn’t pick up I just thought: ‘She must be on holiday, having too much fun, her phone will be off. I’ll speak to her when she’s back.'” 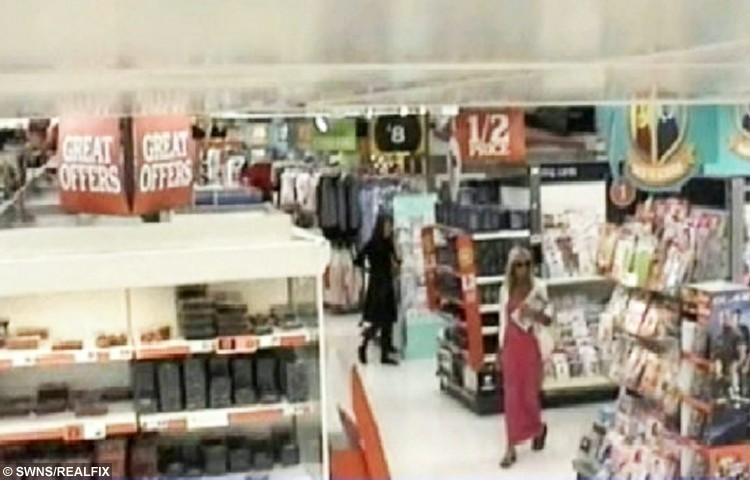 After a week of no contact from her mum, Neely began to worry.

She says: “I got in touch with a few of her friends but they hadn’t heard from her either.

“Then when I managed to speak to Dad he reassured me and said: ‘She’s on holiday isn’t she?’

“My partner and I went for a drink with dad and he was completely normal. I had no suspicions whatsoever that something terrible had happened.

“Dad even asked if I wanted to go to Weston-Super-Mare for a day out with the kids.”

Three weeks after Jane’s disappearance – after she’d failed to turn up for her sister’s birthday – she was reported as a missing person to the police.

“I tried to calm her down and said: ‘Dad says he’s spoken to Mum and she’s having a break in Cornwall.’

“But she insisted on calling the police. 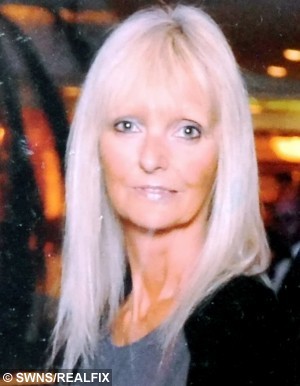 “I knew what Mum was like and if she’d gone for a getaway with someone she’d go mad if people were making a fuss.

“But not only had Mum had missed her sister’s birthday but she was supposed to going on a shopping spree with her friends too.

“It was very out of character.”

A couple of hours later the police entered Jane’s flat and found her body.

Neely says: “I was hysterical. The police didn’t tell me much.

“To begin with I assumed Mum had passed away naturally, because she had lots of health problems and had been so poorly.

“I thought she must have died in her sleep.

“But then the police said: ‘We’re treating her death as suspicious.’

“They asked me where my dad was. It didn’t click at first.

“Then the police told me they suspected Dad had killed her. I was so confused.

“I had just lost Mum and I was being told Dad was to blame.

“My whole world was turned upside down. I was in complete shock.

“Later I turned on the news and Dad’s face was plastered all over it. There was a manhunt for him.”

“The police told me to call Dad. He answered and I said to him: ‘You killed Mum, that’s what the police are saying’.

“I asked him outright if he’d murdered mum and he denied it.

“He told me: ‘No I didn’t and when they do the autopsy they’ll know it wasn’t anything to do with me.’

“I had the police in one ear saying he did it and Dad saying he didn’t. I was torn and I didn’t know what to believe.

“The police were adamant that Dad was the main suspect, but I couldn’t get my head around him doing something so terrible.”

When Spencer was finally apprehended he was immediately arrested and charged with murder and remanded in prison. Neely says: “I just felt numb. 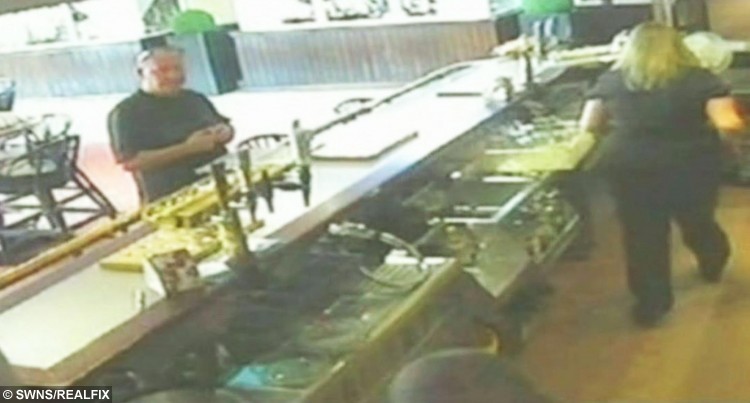 CCTV captures Daniel Spencer at the bar at the Arden hotel, Birmingham where he was arrested

“I didn’t want to eat, speak or get out of bed. I had to be prescribed anti-depressants.

“Mason and Finley had to go and stay with relatives as I was in no fit state to look after them.

“I didn’t speak to Dad for months. I needed space.”

Jane’s funeral was held in September last year and Neely had difficulty coping.

She says: “My partner was so supportive, but I felt as though something was missing. I knew I needed my dad.

“Deep down I was sure that no matter what I’d done he would always be there for me, and it dawned on me that I couldn’t abandon him when he needed me most.” 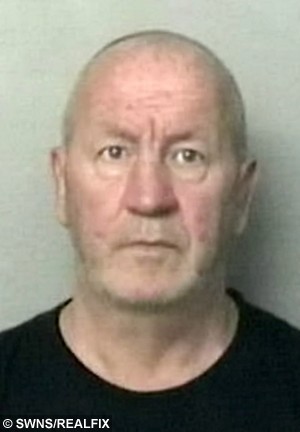 Neely’s dad was arrested and charged with murder

In March this year, Neely was referred to a psychiatrist and diagnosed with post-traumatic stress disorder.

A few weeks later she received a letter from her dad.

She says: “He wrote that he loved me and told me to stay strong. After all I’d been through I just wanted a hug from him. He was the only parent I had left.”

She says: “When we saw each other we both burst into tears and hugged.

“I told him I loved him unconditionally and always would and that meant even if he did kill mum.

“But he still swore to me that he hadn’t and I was desperate to believe him.”

Neely began ringing her dad every day and started to visit him on a weekly basis.

She says: “We spoke about the boys and what they had been up to.

“We both told each other how much we missed mum too.

“My brother had also decided to visit Dad. We both knew he needed our support as much as we needed his.”

In July last year, Spencer appeared at Bristol Crown Court where he pleaded not guilty to murder.

The court heard how Spencer – who didn’t give any evidence – had beaten and strangled Jane. Traces of his blood were found under her finger nails. 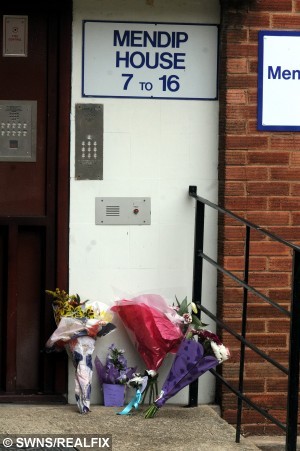 Flowers lay at the crime scene

He was described as a ‘jealous’ and violent man, who repeatedly lied to cover up what he had done.

Spencer denied having any part in Jane’s death during a 12-day trial, but a unanimous jury convicted him of murder following three hours of deliberations.

He remained emotionless as the verdict was returned.

Spencer was sentenced to life, with a minimum of 16 years.

The judge said: “For your children’s sake you need to face up to what you have done.”

After the verdict, Neely said: “I was shocked. I couldn’t accept Dad was capable of killing someone – let alone my mum.

“I’m trying to cope, but I feel I’m just existing at the moment instead of living.

“I’ve lost both of my parents.

“Lots of people – including mum’s side of the family – don’t understand why I’m supporting my dad. But he’s all I’ve got left and I won’t abandon him.”