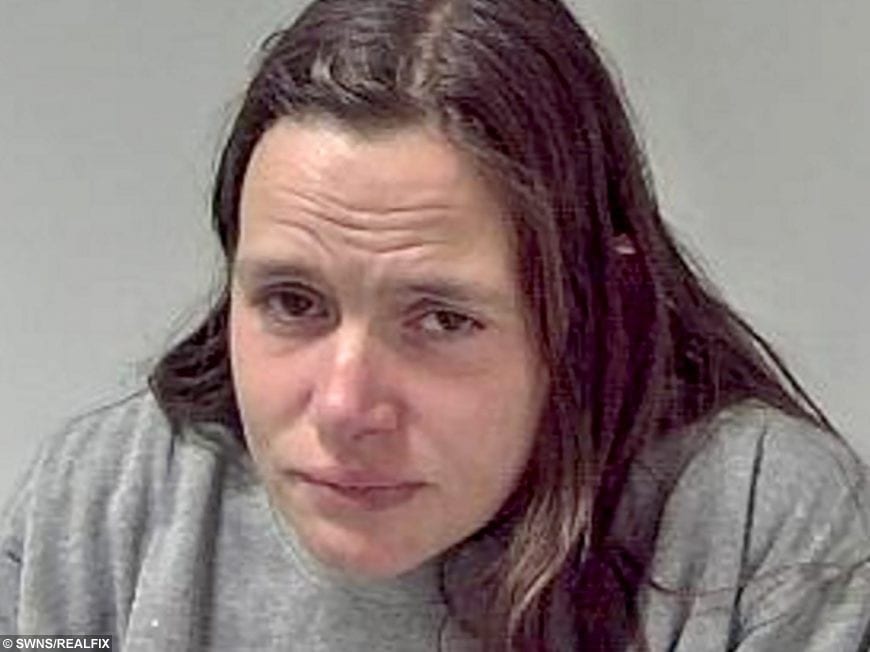 A female burglar diagnosed with breast cancer has been jailed for two years despite begging a judge for mercy.

Samantha Skipp, 38, admitted beaking into a family home with her “career criminal” boyfriend Michael Repton, 33, on May 11 this year.

Skipp’s barrister pleaded with a judge to spare her prison, telling Worcester Crown Court she may need a double mastectomy and certainly surgery and radiotherapy.

But Judge Robert Juckes QC said only in “highly exceptional” cases could the court be persuaded to pass a non-custodial sentence and this was not such a case.

He said medical treatment was available behind bars and told Skipp she represented “a very poor risk for a non-custodial sentence”.

The judge added: “Such a sentence would be understandably subject to criticism from those who have suffered as a result of dishonesty and it’s not even likely it would pay off.”

Skipp, of no fixed abode, broke into the Worcester home with her boyfriend using a pickaxe handle at around 2.30am.

The householders noticed keys from the house, which were later recovered, had been stolen. The damage to the glass in the porch cost £200 to repair.

Both Skipp and Repton were arrested a short distance from the house.

Skipp also stole a purse containing £45 from the handbag of a volunteer from behind her desk at Worcestershire Royal Hospital on May 8.

Skipp had been at the hospital suffering from a suspected overdose and discharged herself against medical advice.

On June 13, she attempted to steal two bottles of alcohol from Morrisons in Worcester and gave a false name to police.

Nick Berry, defending, said Skipp was “terribly vulnerable” and had been the victim of abuse and “cuckooing”, when a dealer sets up his business in someone’s home.

He said: “She left previous council accommodation following a breakdown after being violently abused by her then partner who had cuckooed the property to run a drugs operation.”

Mr Berry described Repton as a “professional career criminal” and said Skipp had now been diagnosed with breast cancer and required urgent surgery and radiotherapy.

He told the judge she required a mastectomy of the right breast but was awaiting the result of a test which may mean she needs a double mastectomy.

He referred to her medical circumstances as “so desperately serious”.

He asked the judge to draw back from a imposing an immediate custodial sentence and “allow her to receive this urgent medical treatment, not in a prison cell”.

« Previous post A Super-Cute Puppy Was Named After A Kangaroo Because She Hops Around On Her Back Paws - Despite Being Born With SIX Legs
Next article » Businesswoman Struck Down With Lyme Disease Will Travel To Mexico For Vital Treatment Not Available In The UK - After Raising More Than £5,000 For The Trip