This is the incredible moment a former soldier disarmed a robber during a raid in a corner shop – and pointed the gun at his head.

Brave Antony Wolfe, 61, says his military training ‘kicked in’ as he wrestled James Gowland, 31, who was attempting to steal cash from a till while wielding the firearm.

Antony, a retired teacher and ex-soldier, was alerted by neighbours to the armed robbery and ran straight into the shop to take on the gunmen.

He managed to get the weapon off him before finding out if it was loaded by pointing it at his head and asking: “If I pulled this will it blow your head off?”

Antony is seen even calmly smiling as he brandishes the gun as police arrive.

Hooded Gowland entered Ermin Food and Wine in Swindon, Wilts., with a scarf over his face brandishing the gun on January 20.

A court he pointed the weapon at shopkeeper Jegan Kandaswamy and told him to hand over the money or he would shoot him.

Mr Kandaswamy unlocked the till and Gowland helped himself to cash – and also took two bottles of Jack Daniel’s whiskey from a shelf, the court was told.

But Antony, had been alerted to the ongoing robbery by concerned neighbours – and arrived with a wood saw in his hand to intervene.

He grabbed hold of the gun barrel, twisted it away with both hands and pushed Gowland to the ground with the help of another member of the public.

Shelves containing sweets and chocolates were knocked over as the men struggled to floor.

Gowland, of Swindon, pleaded guilty to robbery and possessing an imitation firearm and was jailed for two years and ten months. 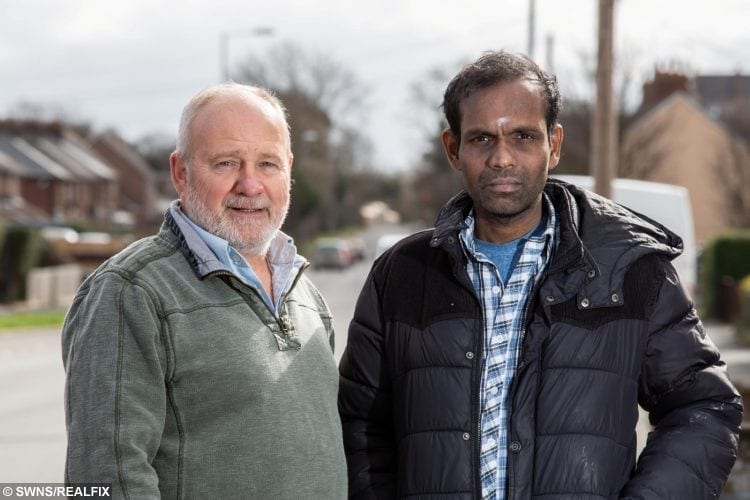 Dad-of-two Antony said his “basic training kicked in” when Gowland pointed the gun in his direction.

He said: “He pointed the gun at us. I charged forward, took the gun with both hands, twisted it and took it off him.

“I couldn’t get him to the ground and we crashed into sweets and chocolate shelves which fell over.

“I thought ‘It’s far better that an idiot doesn’t have a gun and that I have it’.

“The shopkeeper was stuck in corner behind the counter – he was trapped by the robber who was about to leave the shop when we arrived.”

Antony completed basic training in the army as an 18-year-old and later pursued a career as a secondary school teacher.

But he said a memory of combat training drills more than 40 years ago prompted his heroic reaction.

He had been enjoying a relaxing Sunday morning renovating his home before he received a distress call from a neighbour and headed to the tiny corner shop. 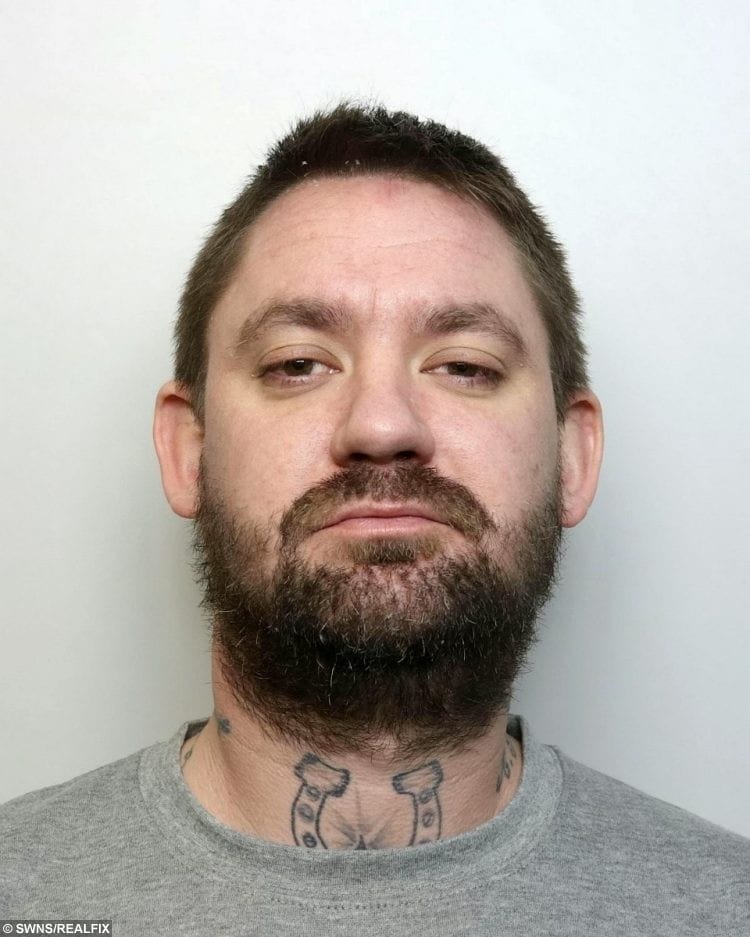 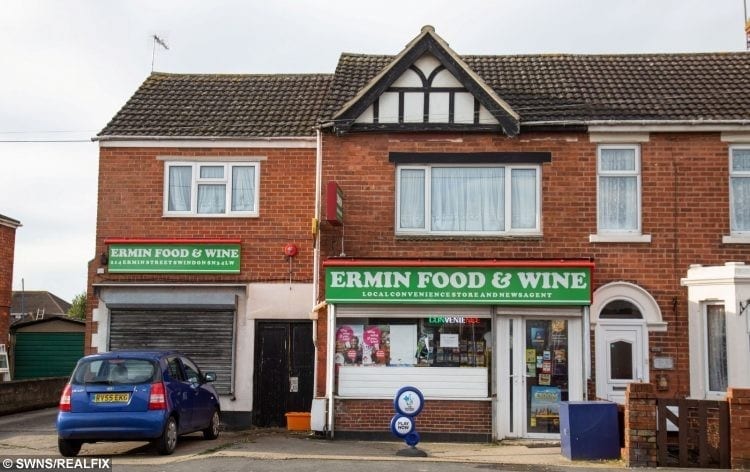 The store was empty besides the shopkeeper, Gowland and the two have-a-go heros who detained him.

Antony added: “I was in the army for a year when I was 18 and completed basic training.

“It’s amazing to think that it kicked in to help me in the moment.

“We had him pinned on the ground for seven minutes while waiting for police but it felt like forever.

“He was struggling at the start but we managed to suppress him.”

Gowland, of Swindon, pleaded guilty to robbery and possessing an imitation firearm.

Swindon Crown Court heard he was in debt with drug dealers and suffered with depression after a number of bereavements.