FILE PICTURE - Linked to todays story NTISCAM, October 9, 2015, about how Matthew Samuels has been found guilty at Worcester Crown Court. Matthew Samuels aged 38 on his wedding day to Caroline Morris with whom he went on to have five children before Samuels' moved his new lover Anne Marshall, 21, into the marital home where they had a "three way relationship.". A dad-of-14 swindled more than Ã180,000 from a string of wealthy women by targeting them on a dating website claiming to be friends with football stars, a court heard. See NTI story NTISCAM. Matthew Samuels, 50, is accused of conning 11 women - including a female police detective - over a four-year period to fund "a flamboyant lifestyle." A court heard Samuels used dating website MatchAffinity.com to target women he knew were both wealthy and single. He is accused of posing as "one of the richest men in the UK" and turned up to his dates in flash cars which he had hired. A jury at Worcester Crown Court heard he told the women he "rented properties to footballers" and had rubbed shoulders with tennis stars at Wimbledon. He is accused of pocketing more than Ã180,000 from his victims between April 2011 and July this year. Samuels, of Worcester, denies 11 counts of fraud. Prosecutor Gareth Walters said Samuels told the women he had fallen on hard times in order to persuade them to lend him money.

A lonely hearts fraudster who fleeced five women out of “almost £200,000” to buy flash cars and fund his flamboyant lifestyle has been jailed for eight years.

The used car salesman would match vulnerable women on dating sites and boasted of being “one of the richest men in the UK” who rented properties to footballers and had met tennis stars at Wimbledon.

Using money stolen from previous relationships in a sort of “pyramid scheme”, he would arrive in flash cars and give them the impression he was “a man of means”.

After becoming their lovers or gaining their trust, he would invent a hardship as an excuse to borrow their money before disappearing.

When pushed by the women to repay them, the manipulative dad-of-10 would use “emotional blackmail” and even lied that he had cancer or that his son had tried to commit suicide.

Samuels, of Broadway Grove, Worcester, was first arrested on May 5, 2014 and his house was raided but he was later released on bail.

On 9 October, a jury at Worcester Crown Court found Samuels guilty of eight counts after a four-week trial.

He was found not guilty of two charges relating to using Detective Constable Nicola Bull’s credit cards without her permission.

And the jury was also directed to find him not guilty of fraud relating to selling his stepson Alexander Morris’ car for twice what he said he had.

Dressed in a black suit, with a blue shirt and red tie, Samuels shook his head as the jury returned the first two guilty verdicts.

With his hands behind his back, the conman then looked between the clerk and the jury and rocked back and forth as a further six guilty verdicts were returned.

Judge Michael Cullum jailed Samuels for eight years and gave him a restraining order relating to all of the victims, as well as Marian Roberts, which is “without limit of time”.

Sentencing the conman, Judge Cullum told him: “Matthew Samuels, you blight the lives of everyone who has the misfortune to get to know you.

“You know, and the members of the jury know, that everything that comes from you is a lie.

“You seem incapable of admitting lies.

“You have persisted in what was at times a ridiculous defence, although eloquently portrayed.”

“If you had actually described yourself as a failure in life and in business, who had been bankrupt and who could not hold a true relationship and who was a habitual liar, they would have run a mile.

“You were never going to pay back the women other than just enough to keep yourself indulged and your criminal scheme afloat.

“Anne Ruddock’s victim impact statement would move anyone other than you.

“You have stolen the very essence of her being and you claimed to be helping her.

“Your defence was it was their fault, but this substantial prison sentence will show you what you deny, it is all your fault.”

The court heard DC Bull, who worked for West Mercia Police, leant him money in 2011 when he lied that his wallet and all his credit cards had been stolen.

Samuels then met Anne Ruddock through online dating site zoosk.com in February 2013 where he boasted of owning property in Portugal, Barbados and the States.

After becoming her lover, he tricked Ms Ruddock to invest £80,000 of her late father’s inheritance into an account he managed and then spent it on “prestige cars”.

In June 2013, Samuels met Marian Roberts online, but after she told him “he wasn’t my cup of tea” he won the trust of her mother, Alfreda, instead.

He convinced the grandmother to purchase a £35,720 debenture at Wimbledon and invest £75,000 into a company called Rue Hill Trading.

But the recently widowed Miss Roberts saw none of the money, which instead went into Samuel’s own bank account.

Samuels met Susan Vasey in 2011 through MatchAffinity.com, and was living with her when he was arrested on May 5, 2014.

The court heard it was only on his arrest, when police played a recording to Miss Vasey, that she realised he had taken £10,000 out of her account by pretending to be her over the phone to her bank.

Incredibly, even after his initial arrest Samuels then conned Russian optician Larissa Flemming out of £7,500.

After meeting her online in November 2014, Samuels – posing as Matthew Copeland – told Ms Flemming his accountant had fled to France with his money and he needed to pay a private detective to hunt him down.

She only became aware that he had conned her after reading a newspaper article about Samuels in March this year.

Samuels’ ex-wife Caroline Morris also told the jury how she was declared bankrupt after the love-rat ran up £11,000 of debt on her credit cards, and her mortgage had exceeded £111,000.

But when officers only found £2,840 in a jacket pocket under the stairs, Samuels said the police must have stolen the money. 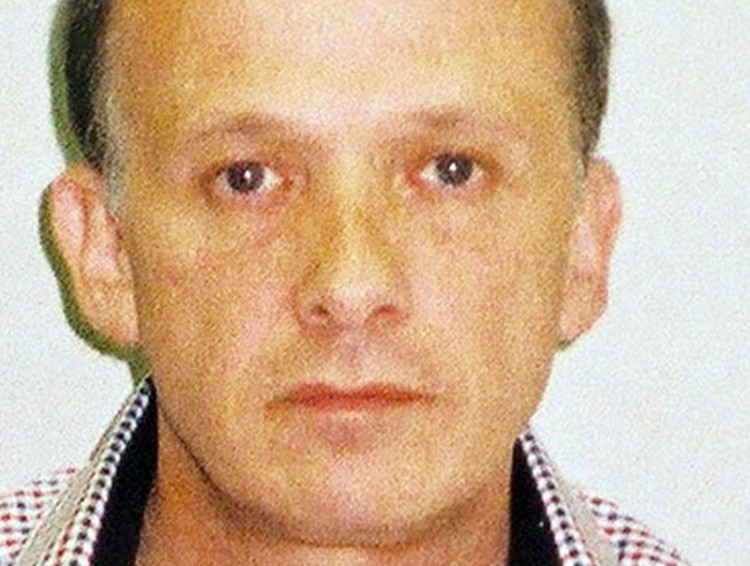 In a victim impact statement read out in court, Anne Ruddock said: “This man has destroyed me. My children are all grown up and I don’t have anything else.

“I felt better off dying. I can’t see myself having another relationship again.

“He has taken Anne Ruddock from me.”

In her victim impact statement, DS Bull said: “As a result of this I have to go on caravan holidays with my daughter, as opposed to holidays abroad that we enjoyed.”

Samuels’ ex-partner Susan Vasey added: “I feel very upset. He had my complete love and trust.

“I come from a loving home and family and I take matters of right and wrong very seriously.”

And Russian optician Larissa Flemming said: “I feel absolutely terrible. I feel disgusted in myself for trusting him.

“He has killed all the feelings within me and taken all my money.”

“I had never been so happy as when we were first together and when I found out that was just to get my money that has really hurt me.”

Abigail Nixon, defending, said: “Until these proceedings and these offences Matthew Samuels was a man of good character.

“There is little else I can say in personal mitigation.”

Tragic reason why you MUST check before lighting a bonfire

Tragic reason why you MUST check before lighting a bonfire