FILE PIC -Injury pictures Jacqueline Christine of Burnley, Lancs who was savagely beaten and attacked with a plank of wood by Janos Bereczki. See Ross Parry Copy RPYPLANK. A drug-crazed man has been jailed for nine years for repeatedly beating a grandmother with a plank of WOOD as she lay helpless in the street. Janos Bereczki, 38, set upon Jacqueline Christine with the metre-long baton after she asked him to stop following her daughter-in-law who he Ãwanted to be his wifeÃ. A court heard how Hungarian-born Bereczki grew infatuated with Jodie Mulvaney, before viciously assaulting Miss Christie when she stepped in.

A drug-crazed man has been jailed for nine years for repeatedly beating a grandmother with a plank of WOOD as she lay helpless in the street.

Janos Bereczki, 38, set upon Jacqueline Christine with the metre-long baton after she asked him to stop following her daughter-in-law who he “wanted to be his wife”.

A court heard how Hungarian-born Bereczki grew infatuated with Jodie Mulvaney, before viciously assaulting Miss Christie when she stepped in.

The 50-year-old gran described how Bereckzi has “ruined her life” as a result of the brutal attack, causing her to suffer from post-traumatic seizures and needing two walking sticks to get around.

Prosecutor Cecilia Pritchard told the court how In March of this year, Miss Mulvaney, who is in a relationship with Miss Christie’s son Ben, became aware of a man following her and hanging around close to her children’s school.

She said: “On a number of occasions he had been to her house and suggested he would like to make her his wife.

“She said she didn’t know him at all except that he may have lived in a house where she previously lived.

“Having heard this, Jacqueline tried to intervene on her behalf and tried to calm him down. She went and knocked on the door and she saw him through the window.

“He was smiling at her and giving her the thumbs up so she thought he was friendly.”

“He gave her a nod as if to say ‘come to the door’, which she did. When she got there she noticed he was holding a piece of wood in his hands and was waving it from side to side.”

Miss Pritchard told how Miss Christie said “I hope you’re not going to hit me with that,” before he replied with the words, “I’m going to kill her”.

“He swung the piece of wood back over his shoulder and hit her in the forehead,” said Miss Pritchard.

“It was so hard that she fell into the street. She lay on the floor and he swung it again hitting her on the back of the head.

“She curled up in a ball but he continued to hit her. There was blood everywhere and he was shouting, ‘Your daughter in law is sick’.”

Burnley Crown Court heard on Monday how Bereczki continued to beat Miss Christie with the plank of wood, striking her on her arms and the back of her head.

When she tried to crawl away, he began kicking her in the groin and only stopped when witnesses came to help her. 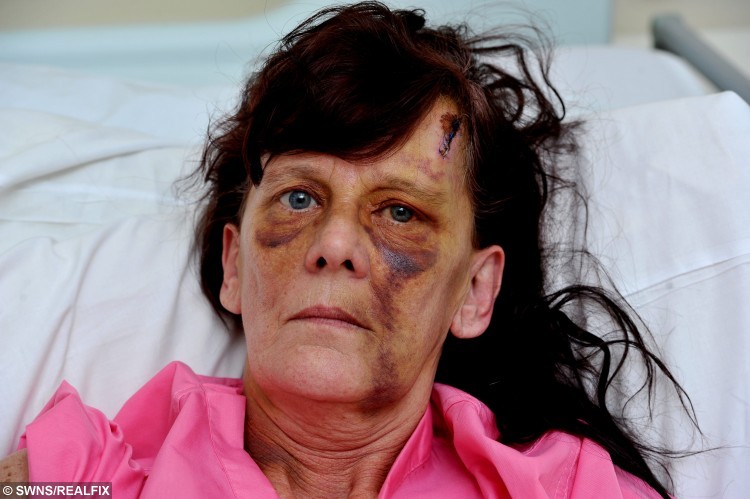 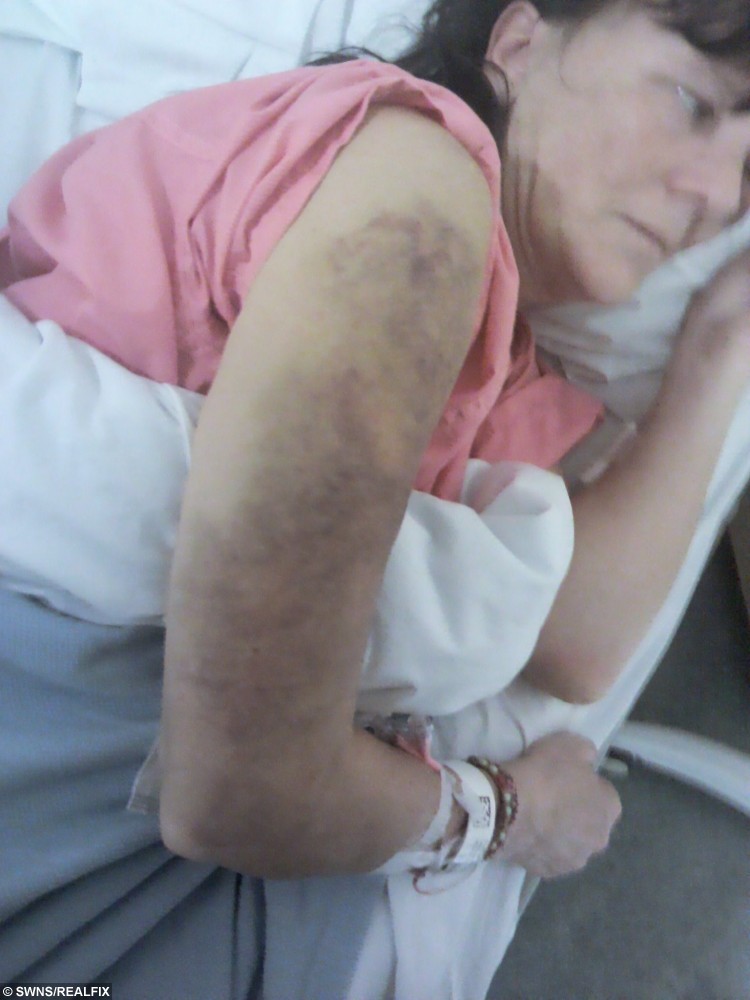 He fled the scene and Miss Christie was taken to Royal Preston Hospital where she was found to have two lacerations to her head requiring stitches.

She also had extensive bruising to her arm and back and complained of pain in her ribs and chest, the court heard.

After being discharged from hospital, she began to suffer seizures as a result of the attack and often awoke sweating from nightmares.

In a victim impact statement read out to the court, Miss Pritchard told how Miss Christie believes the incident has “ruined her life” after she was left needing two walking sticks to help her get around as well as assistance with her personal hygiene and care.

“This has also had the consequence that she can’t help look after her grandchildren who she enjoys spending time with,” said the prosecutor.

In psychiatric assessments, Bereczki claimed he had married Miss Mulvaney in a church ceremony in 2001 and that there had been an altercation between them, causing him to defend himself when confronted by Miss Christie.

However the court heard that at the time of the attack on March 3, Bereczki was dependent on alcohol and cannaboids, and by assaulting Miss Christie he had breached a suspended sentence for the production of cannabis. 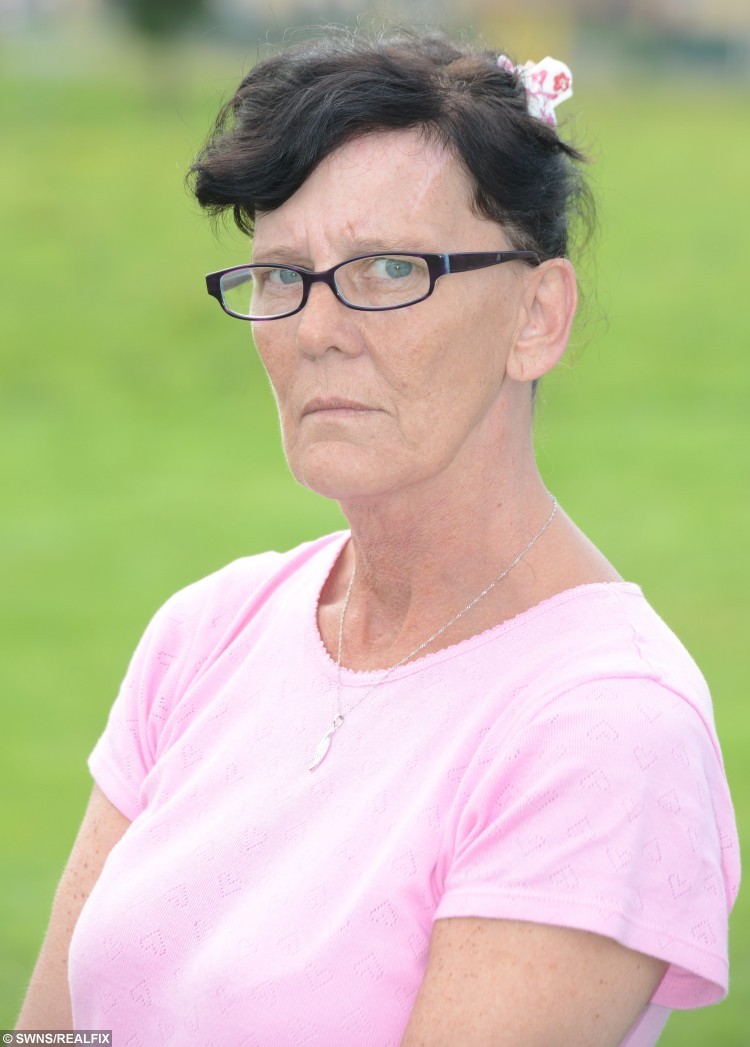 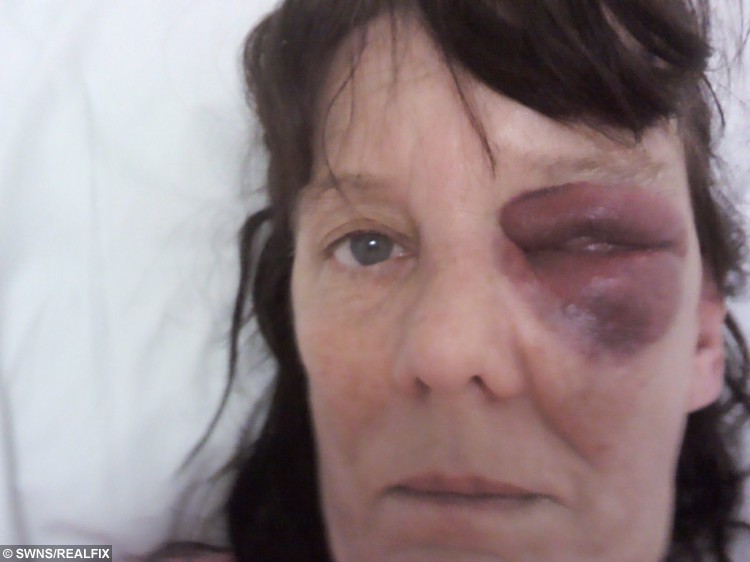 His barrister Anthony Parkinson said: “It’s quite clear from everything that has been put before the court that this is an adult male who has had problems with cannabis and alcohol since moving to the UK since 2008.

“He has had a history of depression from an early age and when combined, these issues together have manifested themselves in the way that in March when he carried out the attack he had some influence on him.

“It was a serious offence and the injuries resulting from it are clearly serious.”

Sentencing him, the judge said: ” This is quite clearly a sustained act of violence on a lone defenceless woman. You left her covered in blood, you left her vomiting.

“So far you’ve shown a bizarre, fanciful and delusional account claiming you were in a relationship with Jodie Mulvaney.

“I don’t accept your remorse as genuine. It’s quite apparent that you told the probation officer and the psychiatrists that you considered your behaviour to be justified.

“It’s very easy to suggest remorse when you come to court.” 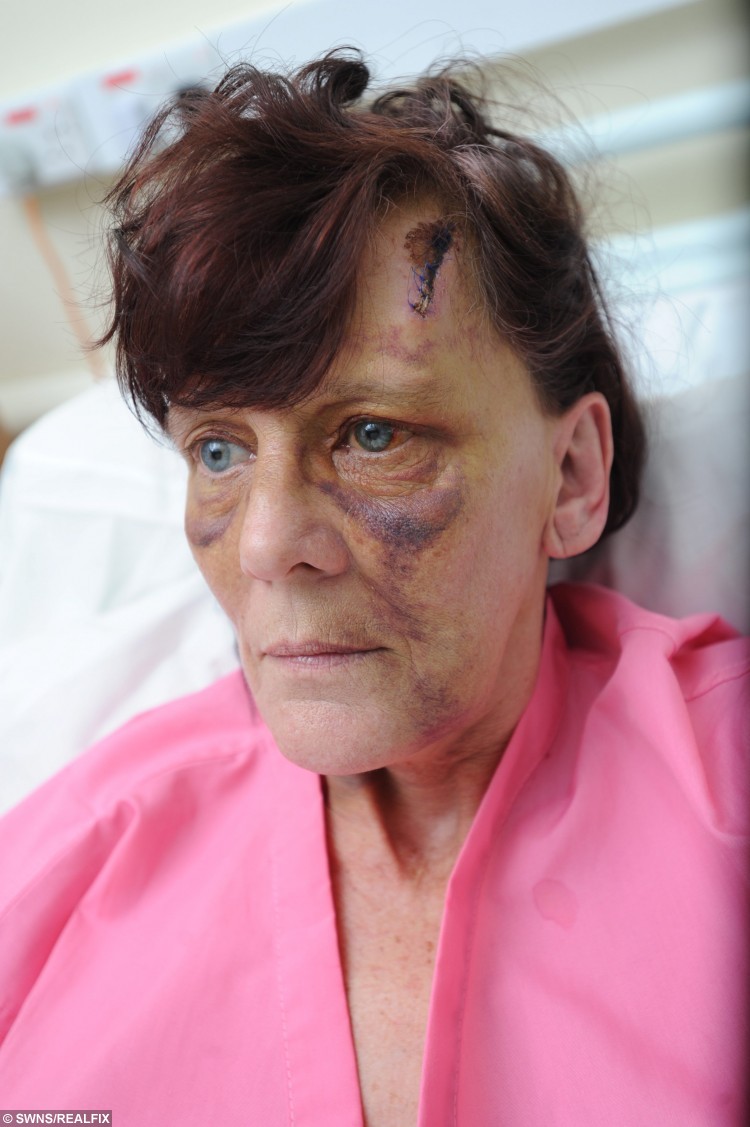 “This is a lady who was previously functioning, mobile and independent. She’s now reduced to walking with a stick.

“This was clearly a sustained and repeated assault on one victim.

“You used a weapon by hitting her with a piece of wood and then kicking her. This falls as the most serious end of this offence.”

Judge Ashworth added that if asked by the Home Office, she would “unhesitantly” make the recommendation that Bereckzi is deported back to Hungary.

Speaking outside court, Miss Christie from Burnley, Lancs., said: “I am so happy with the sentence he has been given.

“Ever since this happened to me, I have been in fear of him coming back to get me.”

“Every time there was a knock at the door, a noise outside or even hearing someone speak in a foreign accent, I have been terrified.

“I never imagined anything like this could happen to me, yet you don’t know the backgrounds and upbringings people have had to lead them to want to hurt someone like he wanted to hurt me.

“He has taken so much away from me, my independence, my good health, my ability to look after my grandchildren and most importantly the ability for me to feel safe in my own home.

“I finally feel relief that he will be locked up for a very long time and that I don’t have to keep looking over my shoulder to see if he’s there.

“My family and I can finally start to try and move on with our lives. Today I am the happiest I’ve been in a long time.”

Mother-of-two Miss Mulvaney, 25, said: “I didn’t know this man at all and it’s shocking that he tried to make me a part of his horrific actions.

“It all happened within two days – I saw him while I was leaving my brother’s house and the next thing he was turning up telling me and my family he loved me.

“It only two days later that he attacked Jackie. I saw her lying in the street covered in blood and somehow I just knew he was involved.

“We have all been terrified he will come back for us because we just can’t understand why he would do this in the first place.

“We’re relieved he’s behind bars but personally I would have liked him to get a longer sentence. Our only hope now is that he will deported and we can put him out of our lives for good.” 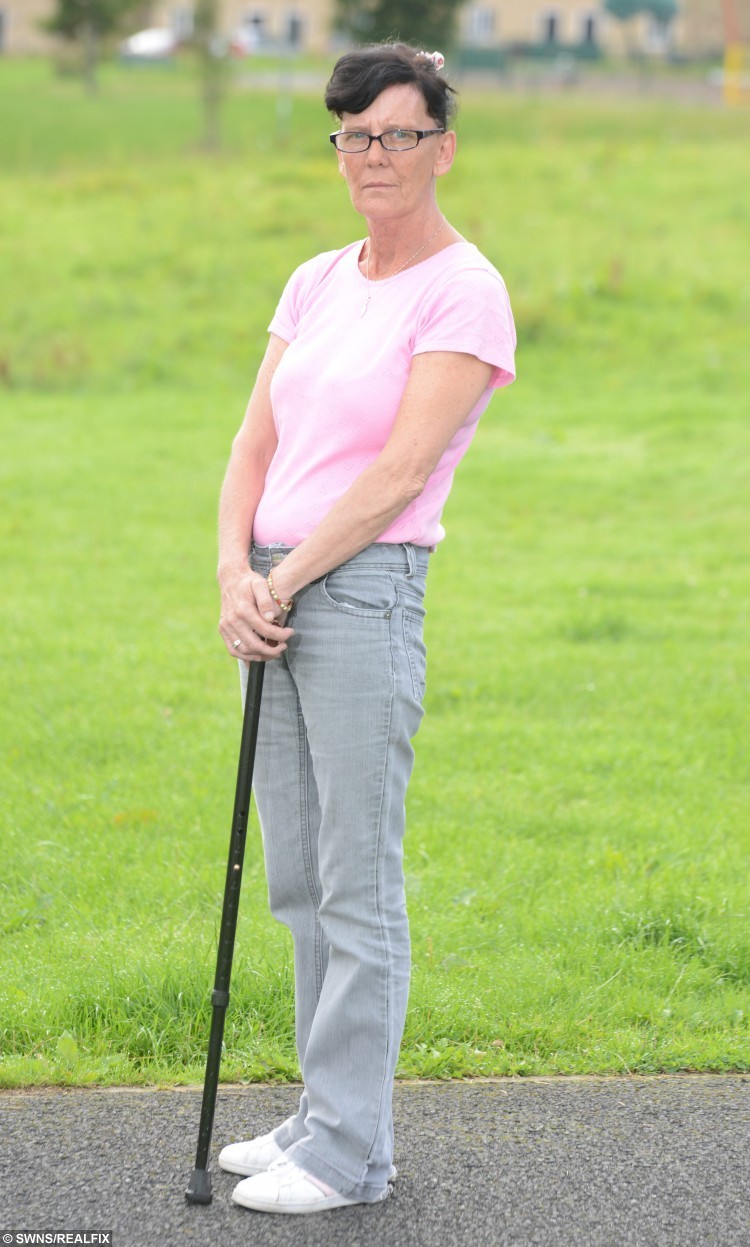 Ewe looking at me? Halloween fun down at the farm