‘Horrible abuse’ The man who attacked his victim at a cemetery

Single mum Hayley Hudson met Jordan Needham through a friend and it didn’t take long for the two of them to become a couple. 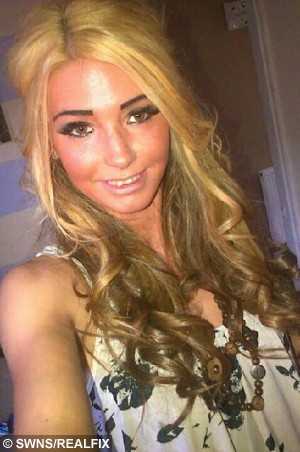 They dated for around eight months, in which time Jordan became more and more suspicious and paranoid, and his behaviour aggressive.

He would often accuse Hayley of cheating, when in fact all she had was go to work, or pop to the shops.

Hayley eventually left Jordan after a terrifying assault which left her fearing for herself and her baby.

But just a few months later Jordan confronted Hayley as she walked home passed a cemetery one evening.

Terrified, Hayley tried to act normal and smile hoping he would just go away.

But when her sister text moments later, Jordan grabbed her phone from her hand and accused her sleeping with other men.

When Hayley denied sleeping with anyone else and tried to take her phone back, Jordan attacked.

Hurling insults at her, he knocked her to the floor and began kicking her in the head, stomping on her back and punching her in the face.

Jordan left her in agony on the floor, and as she pulled out her old phone out of her purse to call the police he returned, kicking it out of her hand before attacking her again.

He then phoned her when she was with officers, telling her that she ‘would see what would happen’ now she had called the police.

Jordan was arrested and told officers there had been “a bit of a domestic”.

He gave them his sister’s name and a phone number, which was actually his victim’s, and was then overheard being aggressive and abusive to her.

After initially denying the attack, Jordan later pleaded guilty to charges of assault and perverting the course of justice.

The court heard he has 33 previous convictions for 83 offences, including battery of another ex-girlfriend in 2013 and multiple assaults on police.

Judge Menary, sentencing, said he had used “horrible abuse” against his former partner and had a “history of violence” against women.

He said: “this whole episode must have been thoroughly distressing and frightening for her and all of this resulted from your cowardly, bullying and domineering attitude towards her.”

Hayley says: “After all his paranoia, it was him doing the cheating.

“When I found out he’d recently become a father I thought he was a total joke.

“The attack has left me scarred, and scared to walk around the town on my own.

“It’s totally put me off men. I don’t think I could ever be close with someone again.”