Sam Spaven enters the gym where he worked. A cyclist was killed by his childhood friend when he was struck by a car in a pre-meditated attack. See NTI story NTIRIVAL. Sam Spaven, 27, of Doncaster, was today sentenced to 24 years and 194 days in prison after he admitted the murder of Richard Pencott, 44, of Doncaster. On 24 June, 2015, Mr Pencott was cycling home from work on the footpath running alongside the A631, Blyth Road, Harworth, Nottinghamshire, when he was struck head-on by an Audi A4 driven by Spaven. The force of the impact was such that it launched Mr PencottÃs bike into the air, clearing a nearby 10ft-high security fence. Spaven failed to stop at the scene and left Mr Pencott to die from his injuries which included a fractured skull, chest injuries and numerous broken bones. SpavenÃs heavily damaged car with smashed windowscreen was seen by numerous passing motorists as he fled the scene, stopping when he arrived at his place of work, a gym in Rotherham, where he was arrested a short time after the collision. The court heard how Spaven had made threats to kill Mr Pencott leading up to the murder after learning he was in a relationship with SpavenÃs former partner.

A jealous bodybuilder who killed a love rival by ploughing into his bicycle at 40mph before driving off and going to the GYM has been jailed for life.

Evil Sam Spaven, 27, tracked down tragic Richard Pencott, 44, after he found out he was in a relationship with his former partner.

He smashed his Audi A4 into the dad-of-two in a sickening head-on collision with such force that the bicycle cleared a 10ft-high security fence.

Tragic Mr Pencott died almost instantly from head and chest injuries including a fractured skull and numerous broken bones after the collision on June 24 this year. 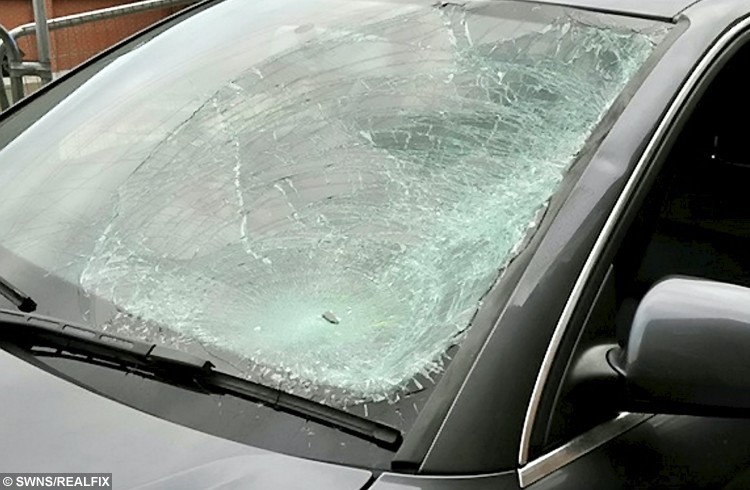 A court heard Spaven knew his former work colleague Mr Pencott finished work at 2pm before cycling home along the A631 in Harworth, Notts.

After the horror smash, he then drove his heavily damaged car, which had a smashed windscreen, to the gym where he worked in Rotherham where he was later arrested.

Spaven, of Bircotes, Notts., pleaded guilty to murder on the first day of his trial at Nottingham Crown Court on Monday (14/12).

And today he was jailed for life and ordered to serve at least 24 years and 194 days behind bars at the same court.

Sentencing him, Judge Michael Stokes said it was “premeditated, deliberate murder” and told Spaven he used the car “like a weapon”.

He added: “You, obsessed as you were with your former partner and mother of your child, were blinded by jealousy and bent on revenge.”

The court heard Spaven was in a relationship with Amy Sherwood, who he has a son with, until April this year when she called it off.

But he became abusive and pestered her after finding out she was in a relationship with Mr Pencott, who Spaven had known since he was two-years-old, in June.

Prosecutor Michael Evans said he threatened to kill both of them and even told his former girlfriend: “I’m going to chew your face off'”.

He then returned to Ms Sherwood’s home in Bircotes on June 24 before chillingly telling her: “I know Richard finishes work in 10 minutes. We’ll see what happens when I drive past him.”

Just hours before he killed Mr Pencott in the hit-and-run, he also posted on Facebook: “Richard Pencott and Amy Sherwood have broken me and my family apart and my boy.”

Spaven then drove 1.4miles from Ms Sherwood’s house to the A631 and waited for Mr Pencott to leave work before driving straight at him.

A court heard eyewitnesses reported seeing him drive away from the area with a smashed windscreen and a big dent to the bodywork of his Audi. 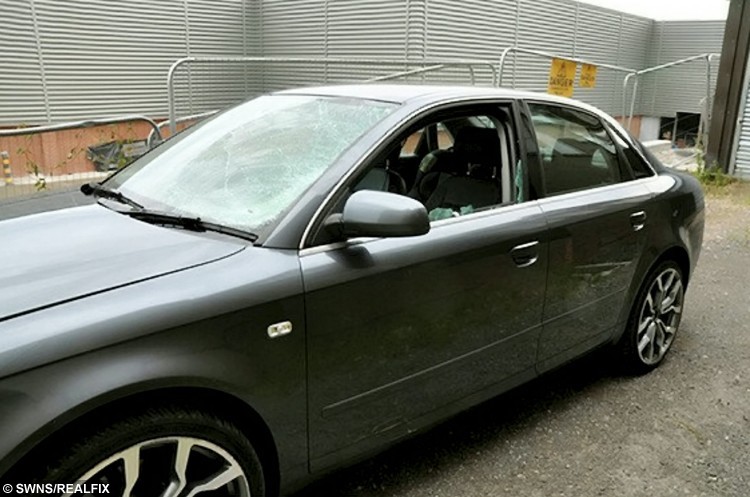 Prosecuting Mr Evans said: “The Audi did not stop. Sam Spaven continued to work as normal where he made himself a protein shake.

“Sam Spaven knew Mr Pencott. He knew where he worked, when he worked and that Mr Pencott would be riding his bicycle along Blyth Road.

The court heard evidence gathered on mobile phone and social media “built a picture of a man blinded by jealousy and bent on revenge”.

Mr Evans added: “It is not often that you are able to get a glimpse of a killer’s true inner thoughts about what he did.”

The court heard Spaven was stood behind the counter at the gym drinking a protein shake when he was arrested at 5.37pm on the same day.

In an emotional statement, Mr Pencott’s family described him as “honest and hardworking” and said he was devoted to his two children who are aged eight and 23.

They added: “This unprovoked and cowardly act has robbed all of my family of a son, a brother and a father.

“Spaven went out to seek some sort of jealous revenge for something that was totally and utterly unfounded.”

“He did not have the stomach or the guts to face my brother.”

“Richard’s murder has left our family devastated. My mother cannot face life without her youngest son.

“Lewis and Libby, Richard’s children, have been hit very hard by this cowardly act.

After the hearing, police released video footage captured by a passing lorry driver which shows Spaven driving away from the scene in his damaged Audi. 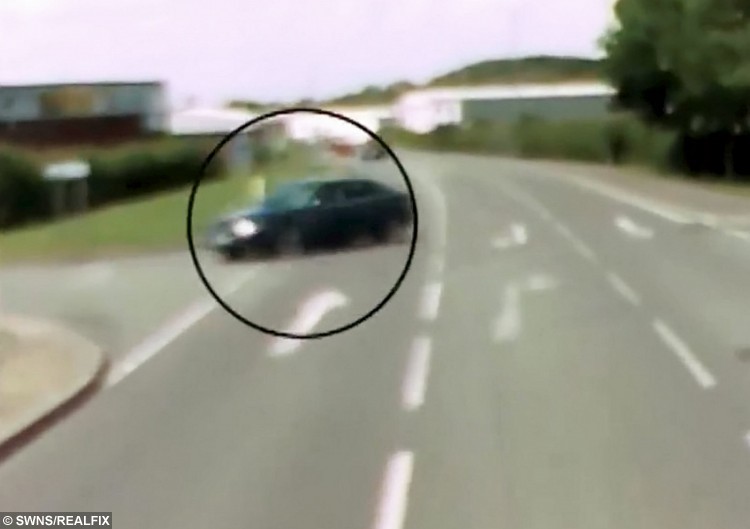 CCTV footage also shows him casually walking into the gym in Rotherham carrying a holdall just hours after he has murdered Mr Pencott.

Nottinghamshire Police also released images of his Audi which shows how the front windscreen was almost completely shattered by the impact.

Detective Chief Inspector Hayley Williams, from Nottinghamshire Police, added: “This was a pre-mediated and callous attack on a man who had absolutely no opportunity to defend himself.

“Spaven got behind the wheel with the full intention of using his car as a murderous weapon. He drove straight at Mr Pencott, giving him no chance to avoid the collision.

“Spaven then compounded this terrible act by refusing to stop at the scene, speeding off and leaving Mr Pencott to die by the side of the road.

“His violent actions that summer’s day have destroyed a number of lives and left behind nothing but devastation.”

The secret to a long life? Sipping on gin and juice!

95-year-old advertises for bandmates to ‘jam’ with

95-year-old advertises for bandmates to 'jam' with