by RealFix
in Crime, Must Read, Relationships
0

A jealous thug who throttled his girlfriend and threatened to kill her has walked free from court – after a judge heard his life was “perfectly in order.”

Dean Stacey, 42, flew into a drunken rage and attacked Zoe Collins and ripped out clumps of her hair after accusing her of cheating on him.

He also shoved Miss Collins against a wall and throttled her with his hands before snarling: “I’ll f***ing kill you.”

Miss Collins, who had her young daughter with her, managed to struggle free and fled the house after the terrifying attack in July last year.

He was handed a 12 month suspended sentence, ordered to do 100 hours unpaid work and told to pay £300 in court costs.

Judge Potter told him: “It should not take you very long to reflect on how it must have felt for her to see you, having returned home drunk from the pub, come into the bedroom and throw a lamp across the room and then assault her in various ways.

“The real gravity of this offending is not just its sustained nature, but the impact it had
on your young daughter who, with her mother, was forced to flee the house.

“I only hope you are thoroughly ashamed of your cowardly behaviour on that occasion.”

The court heard Stacey and Miss Collins were in a long term relationship and had a two-year-old daughter together. 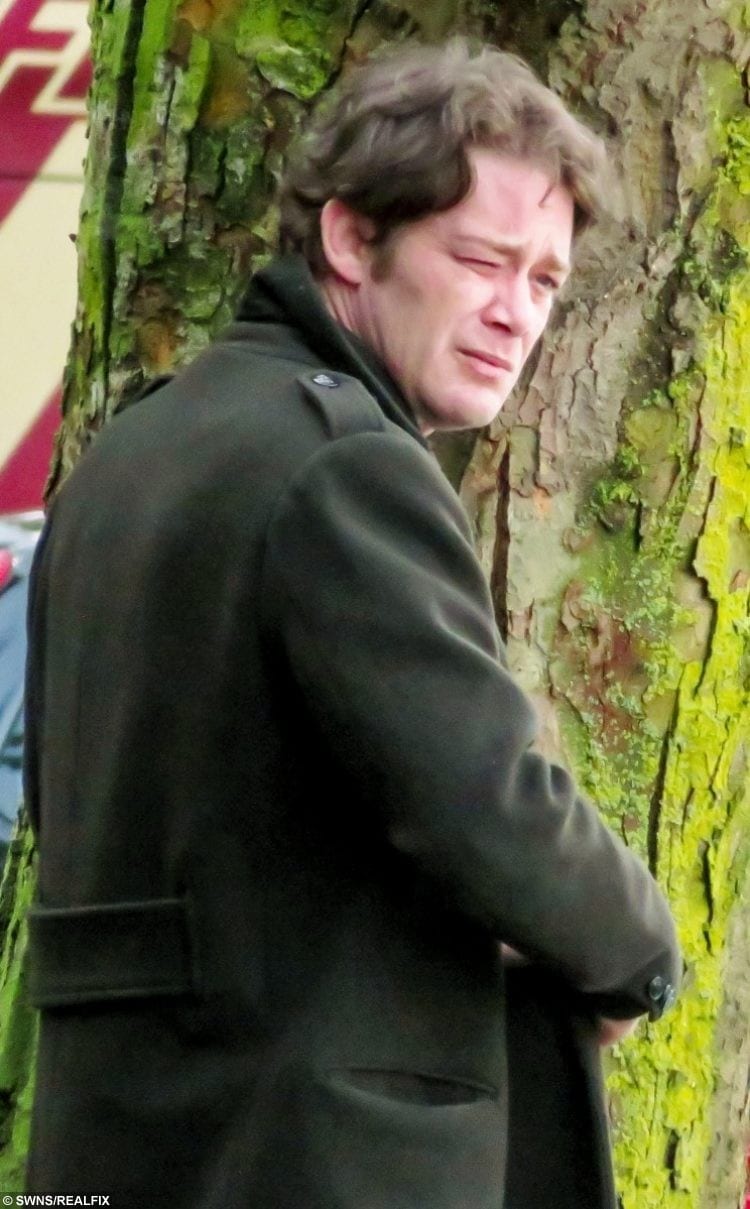 But in July last year Stacey went to the pub and sent Miss Collins a string of text messages accusing her of cheating on him.

At around 10pm he sent two messages, saying: “Get out of my house now,” and another which said: “I wouldn’t be there when I’m home.”

Miss Collins ignored the threats and went to bed but when Stacey came home and burst into their bedroom before hurling a lamp across the room.

Prosecutor Ian Windridge said: “Stacey got into bed and began pushing her to the edge and, realising she was going to fall out, she grabbed hold of him, and he landed on top of her.

“Stacey then grabbed her by the hair, pulling it as he slapped her to the face.

“She pushed him away and, in his drunken state, he fell to the floor, but he got to his feet and began swinging punches at her before falling again.

“He got back up and pushed her against a wall and put both hands round her throat and started to squeeze, telling her ‘I’ll f***ing kill you.’

“She pushed him and tried to get to the door, but he pushed her from behind and she hit her face against the light switch.”

He struck her several more times before she managed to get into their daughter’s room where she picked up the little girl up and left the house.

Miss Collins went back into the house to collect her daughter’s blanket and toys but Stacey grabbed her and ripped clumps of her hair out.

Simon Hunka, defending, said: “He is someone who, on the face of it, has a life that is perfectly in order, but at the time he was battling with serious issues.

“That led to a period when he was really struggling with alcohol.

“He is appalled by his own behaviour, and truly sorry for what he put her through.

“He has not seen his daughter since this incident, so he has been punished quite considerably, and will continue to be so.

“If he is sent to custody he will undoubtedly lose his job and, as a result, his home.”