A man has been jailed for nearly six years after he raped his friend then apologised on WhatsApp.

Ryan Falconer raped the “vulnerable” woman, who cannot be named for legal reasons, in the bedroom of the home she shared with her parents, a court heard.

The 21-year-old cleaner had invited Falconer over and brought him up to her bedroom on the evening of Saturday May 16, last year.

The pair had met a few years previously and would often speak on WhatsApp, Bradford Crown Court, West Yorks., heard.

But Falconer, a father-of-one who was in relationship, raped her after “not getting any sexual intimacy at home”, a judge said.

After he went home, the victim sent Falconer WhatsApp messages saying what had happened was rape.

Now, a judge has said the messages made it “clear as daylight” what had happened between the pair, who are both from Bradford.

A jury of seven women and five men found Falconer guilty of one count of rape and one count of attempted rape and took four hours to return a majority verdict of 10-2.

As the verdicts were returned, Falconer looked to the public gallery, where his family sat with a young woman who had started to cry.

Barrister Jonathon Sharp, for the prosecution, said since the assault the victim had suffered from stress, sleepless nights and flashbacks, even taking sick leave from work for at least 3 months.

He said she had also began to self-harm, which she needed medical attention and counselling for.

In mitigation, Rachim Sing, for the defence, said that the defendant had never been before the court before. 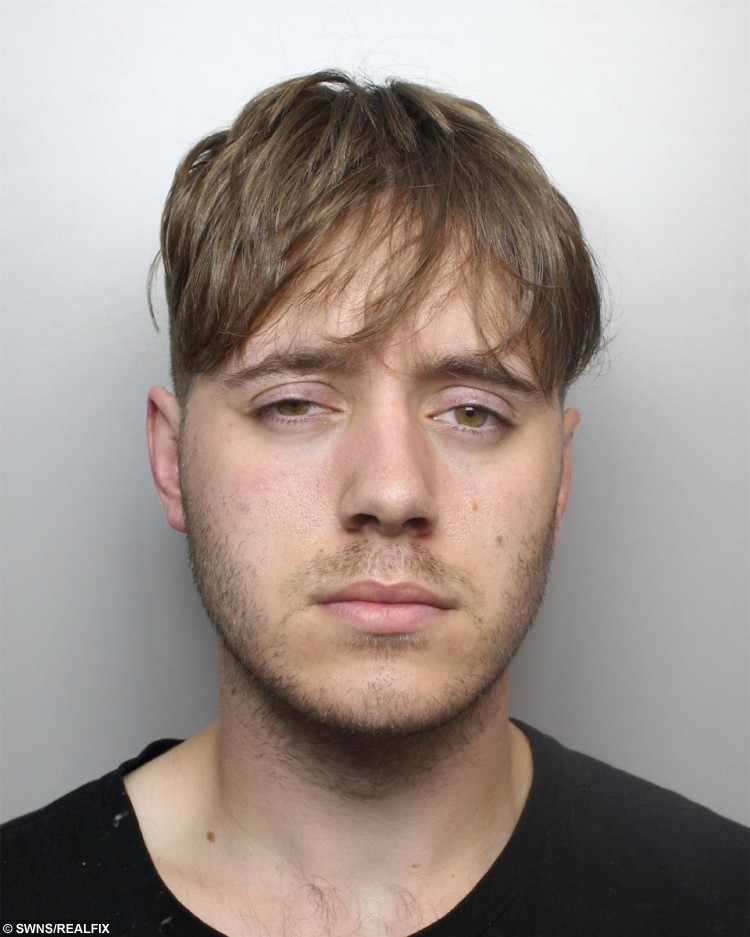 Addressing the defendant, Judge Jonathan Rose said: “You, Ryan Falconer, are a very young man of previous good character, but that carries very little weight and no weight for [the victim].

“You went to her home that evening. She needed your support. What she got instead was your unwanted advances.”

As for previous flirtatious text messages between the pair, the judge referred to them as “banter between mates”.

He continued: “[The victim] was a girl and you would take what you wanted. You knew of her vulnerability and that she would not tell her parents.

He continued: “Having got what you came for, you laughed at the texts that followed.

“In the two days before you were arrested, you concocted an elaborate story that [the victim] had been consenting.

“The jury have seen through those lies.

“A substantial prison sentence is called for.”

Jailing him for five years and nine months, Judge Rose said: “You violated the sanctity of her home.”

The judge also ordered him to be placed on the sex offenders’ register for a period of 10 years and, instead of the usual sexual harm prevention order, made a restraining order preventing the defendant from contacting the victim.

As Falconer was led away from the dock, he asked to pass the public gallery and, when security guards refused, he blew a kiss towards it.

Speaking after the trial, PC Louise Clayton of Bradford District Safeguarding Team, said: “Falconer not only sexually assaulted his victim, but did so in her own home abusing their friendship in the most degrading manor.

“I hope that today’s significant sentence helps to bring some closure to the victim who has shown extreme courage and bravery in reporting the incident and giving her evidence.

“We would always encourage victims of sexual assault to come forward to police, knowing that they will be taken seriously, treated sensitively and that we will do everything we can to bring offenders to justice.”

“Not now i’m having a cuppa” : Shop owner confronted by knife-wielding robber calmly told him he’d have to wait – because she was having a cup of TEA