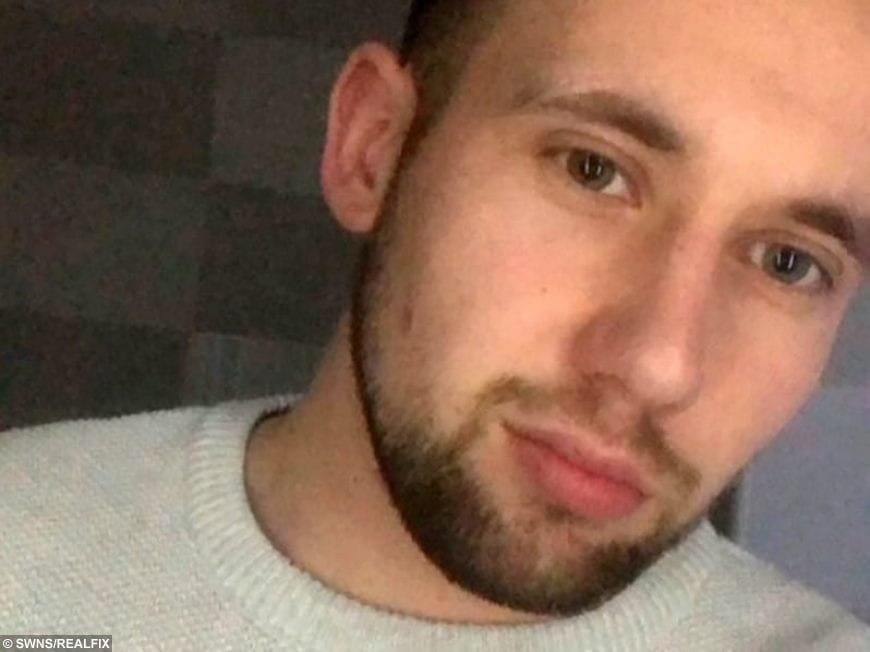 A man who was lured to Reynhard Sinaga’s flat has told how he escaped unscathed when he got suspicious — because the prolific rapist seemed too sober for 4am.

Michael Crompton, 26, was on a night out on Manchester when he lost his friends and went into a takeaway shop to ask to use a phone charger at 4am.

When the shop staff told him they didn’t have one, Michael was approached by Reynhard Sinaga, who said they could go to his flat five minutes away to use a charger.

But Michael said he became suspicious because “he seemed really sober for a guy in a takeaway at 4am” – so he turned down TWO drinks.

Police now think Sinaga – the world’s most prolific rapist – was drugging his victims by spiking their drinks with GBH.

Sinaga has been jailed for life for committing 159 offences against 48 men – but 195 victims in total were counted by police in videos Sinaga took himself.

Michael, a lighting technician from Whitefield, Manchester, said he feels lucky to have escaped.

He has also revealed how Reynhard took his phone number – and tried to get Michael to come over and party with his pals.

Michael said: “I thought he was a bit weird when he approached me – he seemed really sober for a guy in a takeaway at 4AM offering strangers to go to his flat.

“I was pretty drunk and I now couldn’t see my friends any more so I needed to charge my phone.

“When he invited me to the flat, I did size him up in my head – he was a lot smaller and shorter than me and I figured if he did do anything, then I could easily take him on.

“We went back to his flat and he straight away offered me a drink, which I turned down.

“He then offered me a shot which I thought was weird – if I’d turned down a drink, why would I then want a shot?

“I said no and then he told me that I could stay the night if I wanted to. It was at that point that I decided I needed to get the hell out of there.

“As soon as my phone had a bit of battery, I texted my friends to say where I was and then quickly left – I just wanted out of that weird guy’s flat as soon as possible.”

Michael was 21 when he met Reynhard in 2015 in central Manchester after being separated from friends.

Sinaga told Michael that he lived five minutes from the takeaway shop and that he had a phone charger in his apartment if he wanted to use it.

With his friends now nowhere to be seen, Michael obliged and followed Sinaga to his nearby apartment.

Once inside, Michael immediately put his phone on charge before Sinaga’s behaviour started to make him uneasy and he began looking for the door.

He was shocked to discover how lucky he was to escape after police contacted him in June 2019.

Michael said: “Greater Manchester police contacted me in June 2019 and asked if I remembered meeting a man called Reynhard Sinaga.

“I only knew him as Rey so I didn’t recognise the name, but as soon as they showed me a picture of him, I recognised his face instantly.

“The police had contacted me after finding messages between me and Reynhard on his phone on WhatsApp back in 2015.

“We’d exchanged numbers the night we met as he said I was welcome to bring my friends to his flat for drinks whenever we went on a night out in Manchester as he lived so close to the nightclubs.

“We did message a couple of weeks later to try and arrange going over with my mates which he was really keen for but it never happened in the end.

“I couldn’t believe it when I found out what Reynhard had done, it’s frightening to think how that could so easily have been me and I’m just thankful I turned down the drink and his offer to stay over.”

Indonesian student Sinaga, 36, was jailed for life on Monday 6 January 2020 with a minimum of 30 years following his final criminal trial at Manchester Crown Court.

He was found guilty across the four trials of 159 offences – 136 rapes, eight attempted rapes, 14 sexual assaults, and one by penetration.

The trials revealed that Sinaga would find his victims outside of nightclubs in central Manchester, acting as a ‘good Samaritan’ to men who had become separated from their friends on nights out.

The gay PHD student would strike up conversation and invite them to his nearby flat where he would drug them with the date rape drug GHB before filming his attacks.

He was arrested in June 2017 after one of his many victims woke up in his flat to find Reynhard sexually assaulting him before fighting him off and calling the police.

A Greater Manchester Police spokesperson said: “Detectives investigating the case of Reynhard Sinaga have been working meticulously since his offending came to light in 2017 to gather any information that could identify any potential victims.

“They have followed every potential lead, and will continue to do so in order to ensure that support is offered to those targeted by Sinaga and each report made to police is investigated fully.

“We would encourage anyone who believes they have been affected by the case and wants to speak to police to please call the dedicated incident room on 0800 092 0410 or make a report online, via the Police Major Incident Public Portal.

“If you want to seek specialist support but don’t wish to speak with police, then calls can be made directly to crisis workers who have been working with the investigation team by calling 0800 056 0154.”

« Previous post 'It’s About His Quality Of Life' - Mum In Desperate Bid To Raise £60,000 To Build A Tailormade 'Pod' In Her Garden For Her Six-Year-Old Son Who Has Dementia
Next article » 'I Can't Picture Myself Not Being A Cub Or Beaver' - Ten-Year-Old Girl Has Become One Of The First Girl Scouts To Get Every Single Beaver And Cub Activity Badge